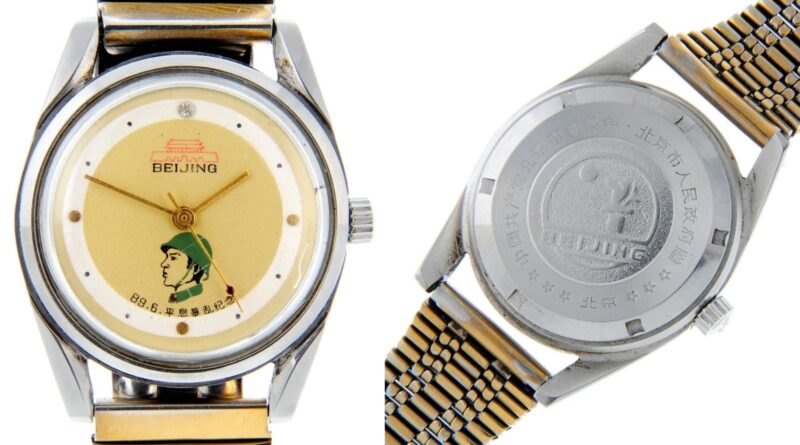 A watch given to troops by the Communist Party Beijing Committee and Beijing Municipal Government following the 1989 Tiananmen Square protests has been withdrawn from a sale.

The watch was given to a member of the Chinese People’s Liberation Army (PLA), and the words inscribed on the watch include ‘89.6 In Commemoration of Quelling the Rebellion’. 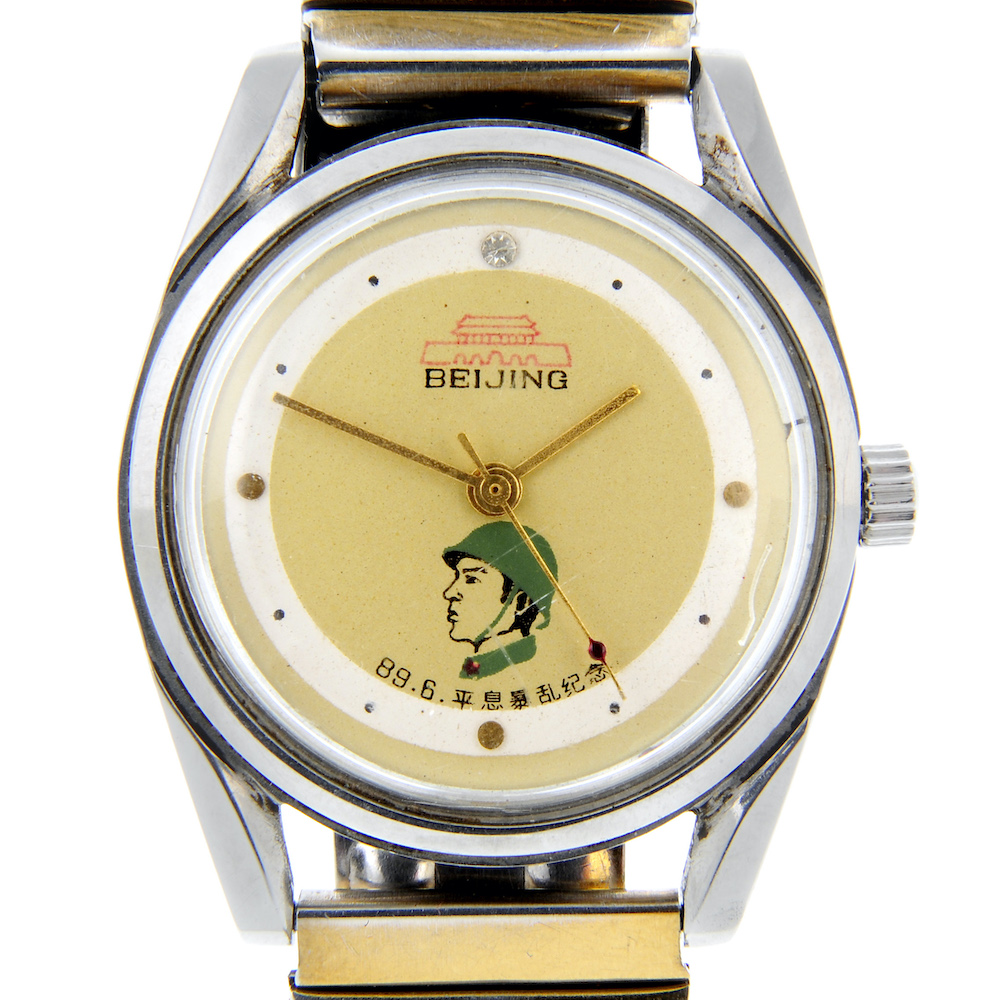 It was due to feature in the Luxury Watch Sale at Fellows Auctioneers, a live auction taking place in the Jewellery Quarter, Birmingham, on  April 19.

Fitted to an original gold-plated bracelet, and sporting an unsigned manual wind movement, the watch displays a profile of a PLA soldier wearing a green helmet.

The timepiece had been left in a cupboard for many years. It was part of a private collection which was sent to Fellows by its owner who wishes to remain unnamed. The name of the original PLA soldier to who the watch was given is not known. 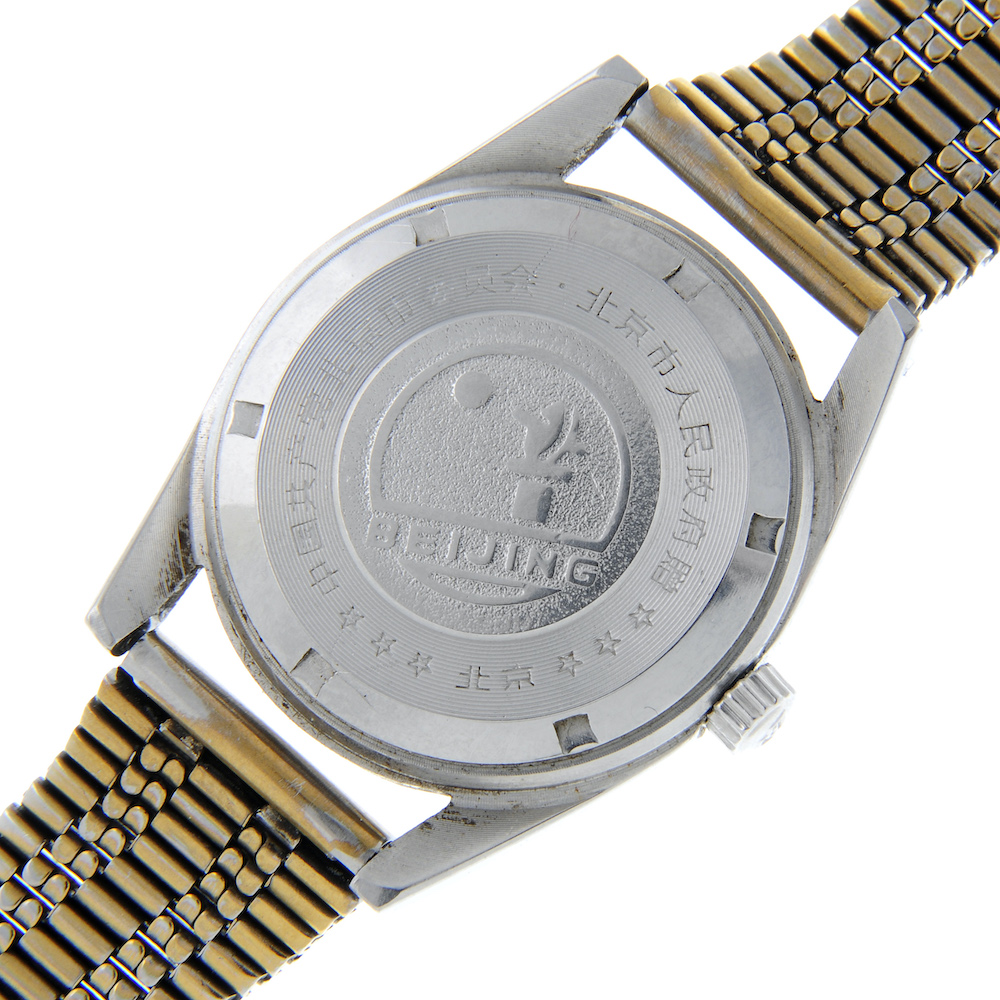 The Beijing Tiananmen Square democratic protests were led by students in June 1989. A military crackdown was ordered to suppress the protests. The PLA were sent to occupy parts of central Beijing resulting in many lives lost. The exact number is often disputed.

Following the incident, these unique watches were given in limited numbers (believed to be a few hundred), to the PLA’s “Capital Martial Law Enforcement Troops”.

Commenting on the decision to withdraw the watch from their sale, Fellows issued a statement that said: “Threats made on social media against the owner of this watch, has caused the vendor to express concerns about their safety. We have taken the decision to remove this watch from auction.”

The auction contains premium watches, both modern and vintage, from a variety of brands, with the likes of Rolex, Tag Heuer and Omega feature prominently.