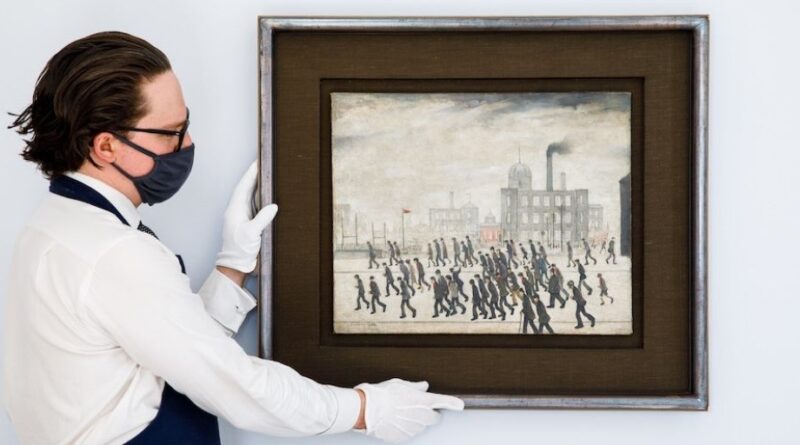 A painting by LS Lowry entitled Going to the Match, featuring one of his earliest iconic depictions of spectators thronging to a sporting event, will be offered at Sotheby’s inaugural British Art: Modern/Contemporary live-stream auction this summer, with an estimate of £2,000,000 to £3,000,000. 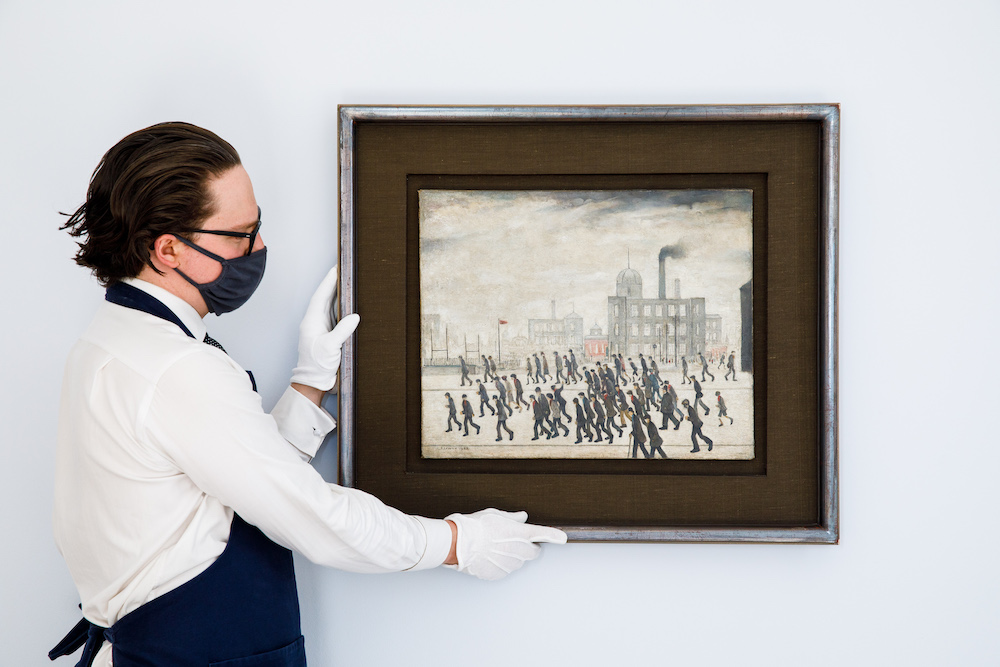 Painted in 1928, while Lowry is famed for his images of football, it is significant that it is a rugby match he chose to paint first, no doubt testament to the importance of the Rugby League to Northern communities. One of only a small handful of paintings of the sport known to have been painted by the artist, the extremely rare work is an exceptional example of his unique visual language. In this painting, the red flag seen flying by the ground, as well as the red scarves worn by several of the crowd members, hints at the Salford Red Devils – Lowry’s local team.

Having remained in the same family collection since 1972, and only exhibited once before now in 1966, Going to the Match will travel to New York, Edinburgh and Dublin for public exhibitions ahead of the auction, before going on view at Sotheby’s New Bond Street from June 22-29. 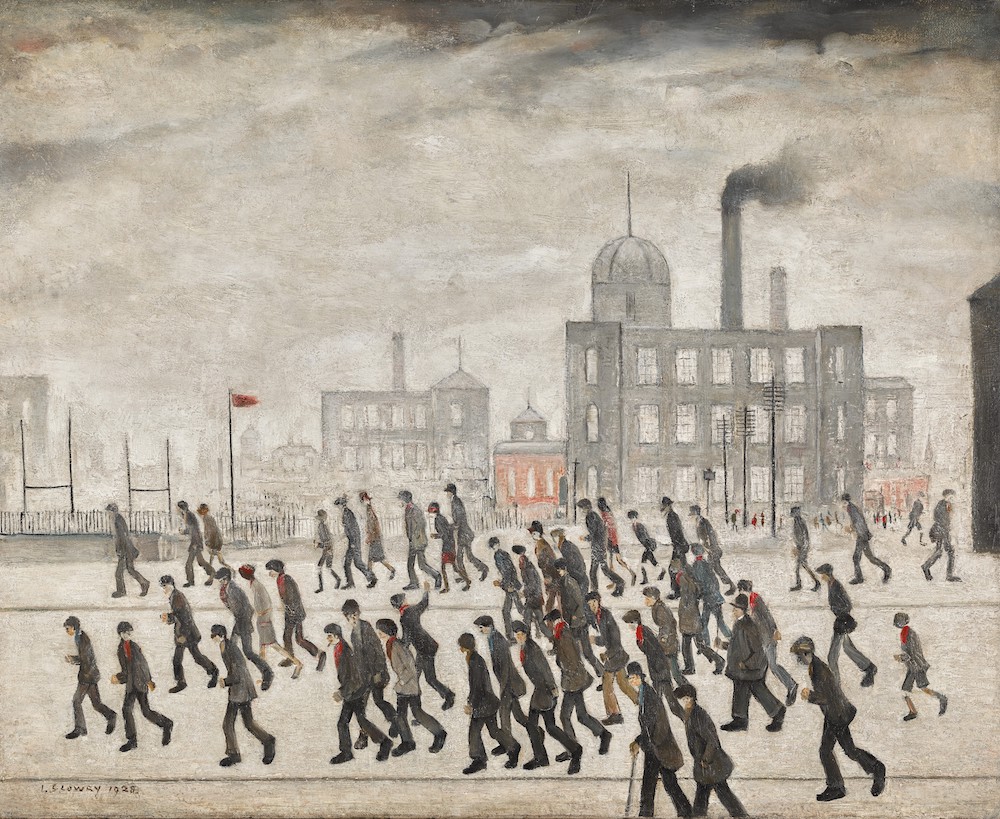 In August 1895, twenty-two clubs met at the George Hotel in Huddersfield to form the Northern Rugby League, leaving the Rugby Union in order to enable working class players to be compensated for wages lost when playing. During the game’s development over the course of the twentieth century, Rugby League became deeply entrenched in the social and cultural fabric of the north of England and matches drew enormous crowds, with the culmination of each season being the Challenge Cup Final which continues to this day.

Frances Christie, Deputy Chairman of Sotheby’s UK & Ireland, commented: “Lowry was the ultimate onlooker, and in his compositions focusing on sporting subjects, it is the crowd that fascinated him above all else. Not only is this likely to be the earliest sports related picture Lowry painted, but it is also one of his very first depictions of a mass of people going to and from anywhere. In this phenomenal painting, the figures lean forward in unison, emphasising their common purpose in being drawn to the rugby posts clearly visible on the left-hand side of the canvas. The pre-match sense of energy, excitement and anticipation is palpable and will resonate with any sports lover today, almost 100 years after it was painted.”

The work was painted in the same year that a 41-year-old Lowry finished a thirteen year stint of attending art school part time – starting with evening classes at the Manchester School of Art and ending at the Salford School for art – while working around his daily job as a rent collector. This early masterpiece demonstrates the key influence of his art teacher in Manchester, French Impressionist Adolphe Valette, as Lowry takes up the mantle set by Manet, Pissarro, Degas and Van Gogh in their recording of modernity from the 1870s. In France, the focus was on the parks, boulevards, tramcars and grittier aspects of life on the edges of the city, whilst Lowry took Manchester’s industrial environment and atmosphere as his lifelong subject.

This atmosphere is felt keenly in the monochrome palette and heavy clouds of Going to the Match – a cold, drab day as the crowd make their way past grey factories and a billowing chimney to the match. Unlike the more picturesque elements of the Impressionists, Lowry gives a more matter-of-fact rendering, demystifying the industrial landscape through a game entrenched in the fabric of northern life.