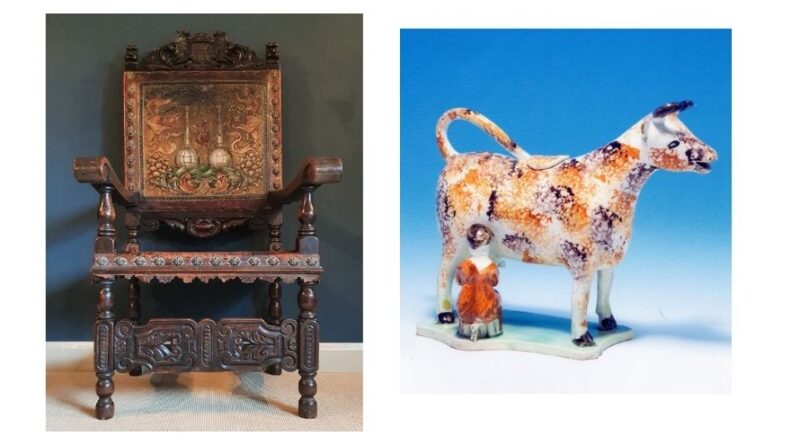 The Northern Antiques Fair is relocating from Harrogate to The Garden Rooms at auctioneers Tennants in Leyburn, North Yorkshire, with the first event at the new venue taking place from September 30 to October 3.

The organisers of the event said that Garden Rooms at the auction house is the ideal location to relaunch The Northern Antiques Fair. Dating back to 1951, the fair was held in Harrogate for many years until COVID-19 restrictions forced its cancellation in 2020.

Tennants underwent major redevelopment in 2014 and as well as being a leading regional auction house, it is also one of the largest multi-purpose venues in the north of England, able to accommodate large-scale exhibitions and events. It is renowned throughout the north of England for its busy programme of auctions as well as hosting arts related events throughout the year.

The event will bring together over 40 of the UK’s top dealers for the four days showcasing the very best in art, antiques and design. The fair encompasses a dynamic and eclectic range of items available for sale including formal and country furniture, traditional and contemporary paintings and sculpture, early to modern glass, silver and jewellery, oriental rugs and carpets, ceramics and lighting, clocks and watches, maps and prints, Art Nouveau and Art Deco design objects and much more.

Many of the exhibitors will have kept back items especially for this fair, often with a local provenance, such as Blackbrook Gallery who specialises in 19th–century naïve animal paintings. The highlight on their stand will be an oil painting of a ‘Prize Shorthorn Cow’ signed by W H Davis, 1852 and priced at £6,950. The background includes a magnificent manor house which is possibly Ketton Hall, near Darlington, where the famous Colling Brothers kept their cattle. 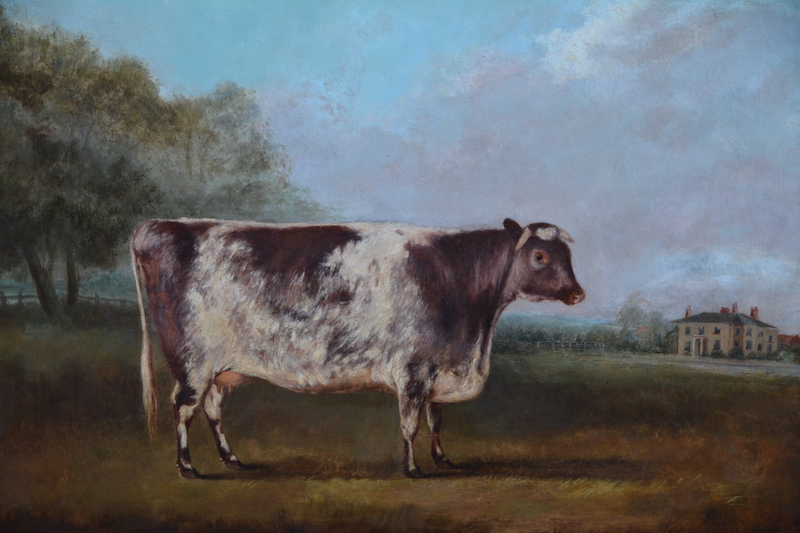 Among the early English pottery set for Roger de Ville Antiques’ stand is a good Yorkshire Pottery Prattware cow creamer with a milkmaid sitting on a milking stool, c 1810, priced at £795, and a Mexborough Pottery Yorkshire Gothic chapel money box, c 1820, priced at £875. These pieces are particularly rare because they were broken to retrieve the money. Elsewhere, Graham Ruddock Antique Ceramics from Barnard Castle has sourced a Rockingham model of a crouching setter. Other ceramic dealers include newcomers Julian Eade Antiques from West Sussex, specialising in Doulton pottery and porcelain as well as Royal Worcester, and Drove House Antiques, dealers in Chinese ceramics and works of art.
Returning exhibitor, Hispanic Antiques from Sheffield specialises in fine quality Spanish antiques and a highlight on their stand this year is an early 18th–century walnut and leather ‘Friars chair’ from Castile, Spain, priced at £700. This type of chair with leather panels is commonly called a Friars chair as they were thought to originate in monasteries or other religious houses. However, they were also seen outside of their orders in the homes of wealthy patrons. 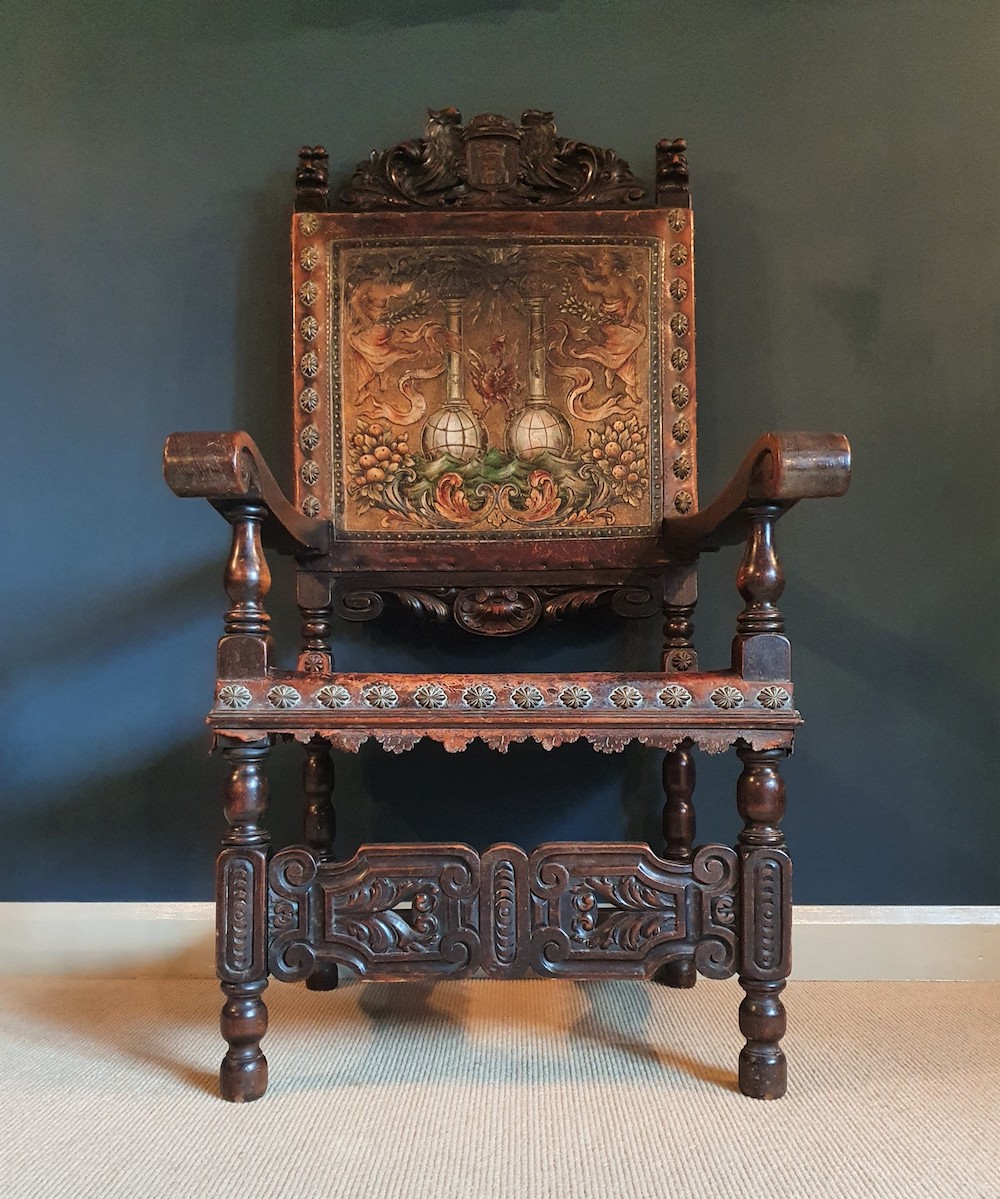