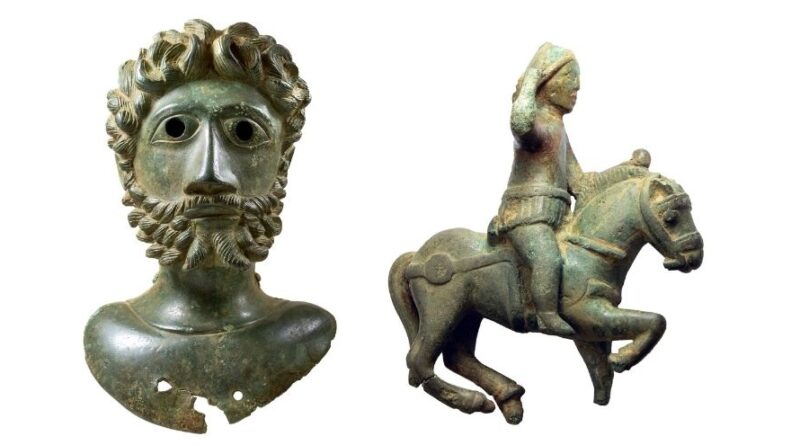 A Roman hoard of ancient treasures, including a bronze bust of the Roman emperor Marcus Aurelius, found in Yorkshire smashed all expectations at auction to sell for an ‘extraordinary’ six-figure sum. 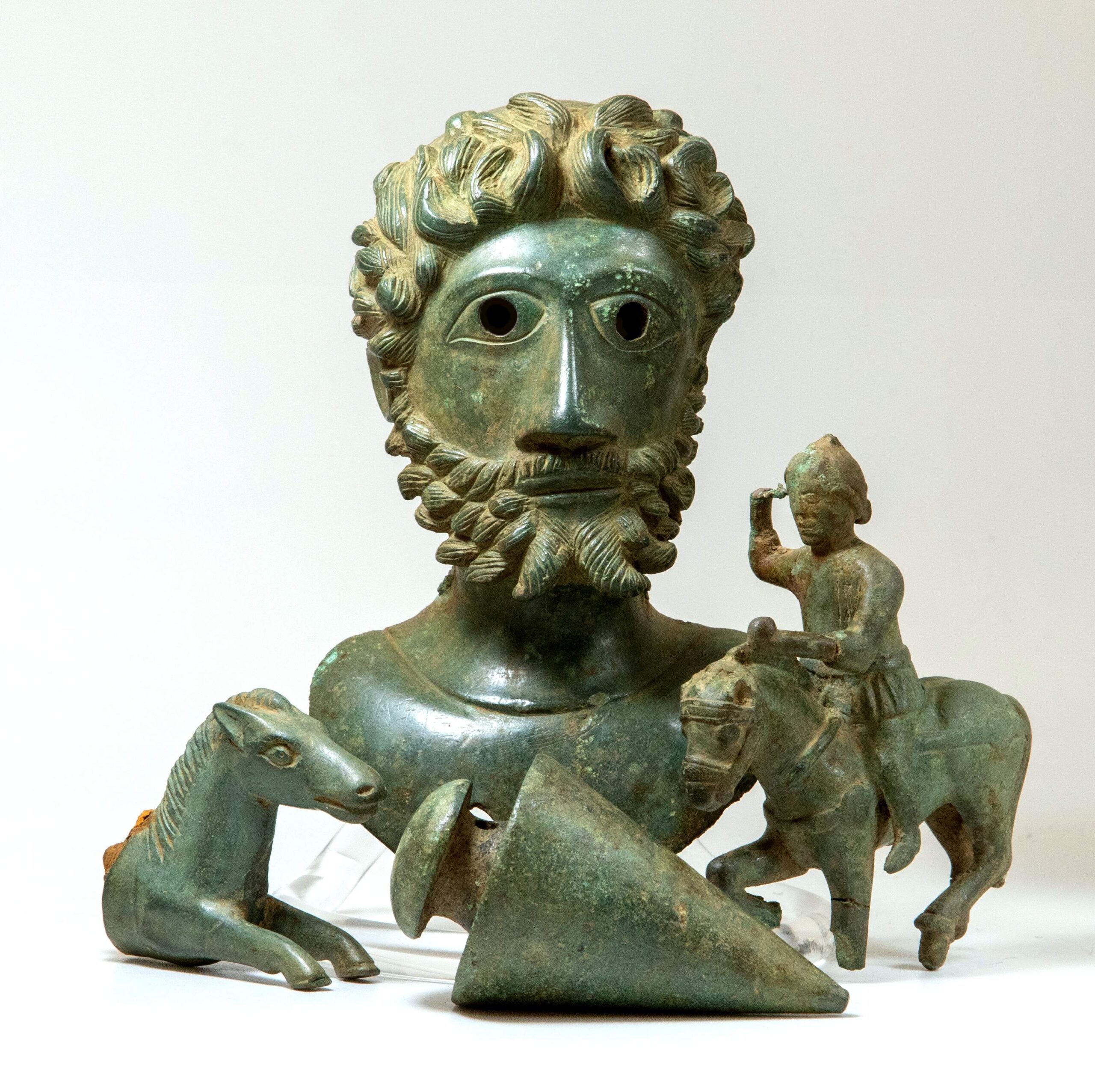 Due to major interest ahead of the sale, Hansons Auctioneers predicted the bronze bust of Roman Emperor Marcus Aurelius, part of a unique collection of 2,000-year-old artefacts in its May 20 Historica Auction, could fetch more than £100,000.

But three phone bidder and strong competition online took the price soaring to £185,000 from an estimate of £70,000-£90,000. The collection eventually sold to a London phone bidder.

Charles Hanson, owner of Hansons, said: “It was an extraordinary result for an extraordinary lot. It was honour to auction these fascinating historical items – antiquities which had not been seen for 1,800 years. This was a lot like no other. It provided a tantalising insight into Roman life centuries ago.” 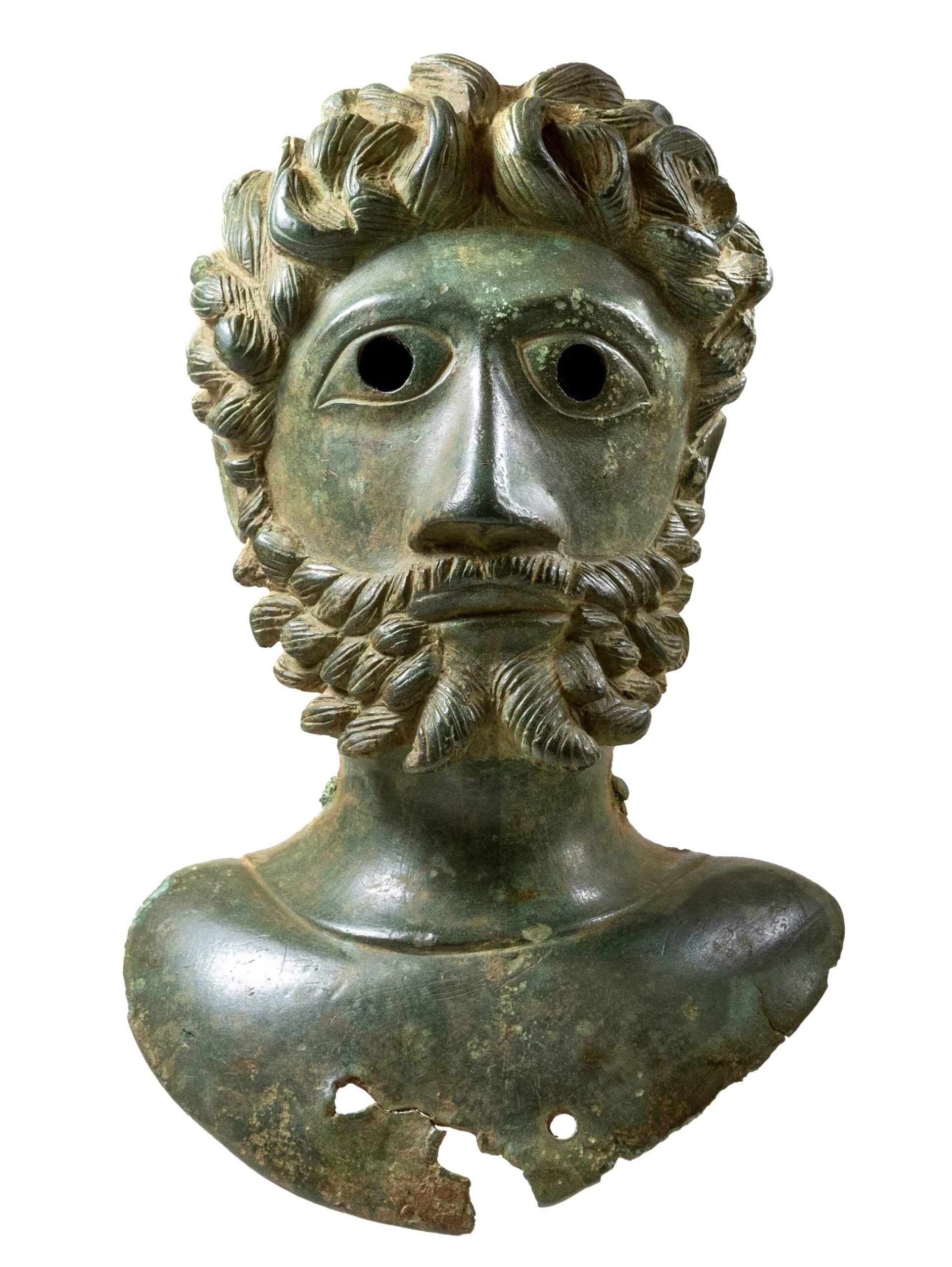 The collection, known as the Ryedale Ritual Bronzes, was a group of religious finds discovered by metal detectorists in the Ryedale area of Yorkshire in May 2020.

As well as the bust, which would have been mounted as the head of a priest’s sceptre, the hoard contained an equestrian statuette of the god Mars, a horse head knife handle and a large bronze pendulum.

Adam Staples, Historica expert at Hansons Auctioneers, said: “I’m thrilled for the finders and landowner who watched the auction. It was a fantastic result.

“This hoard of artefacts was probably buried as a religious offering which marked the closure of a rural shrine or the death of a priest. The artefacts would have formed a suite of ritual implements to be utilised when performing religious ceremonies and for predicting the future.

“The hoard was taken to York Museum and recorded through the British Museum’s Portable Antiquities Scheme.” 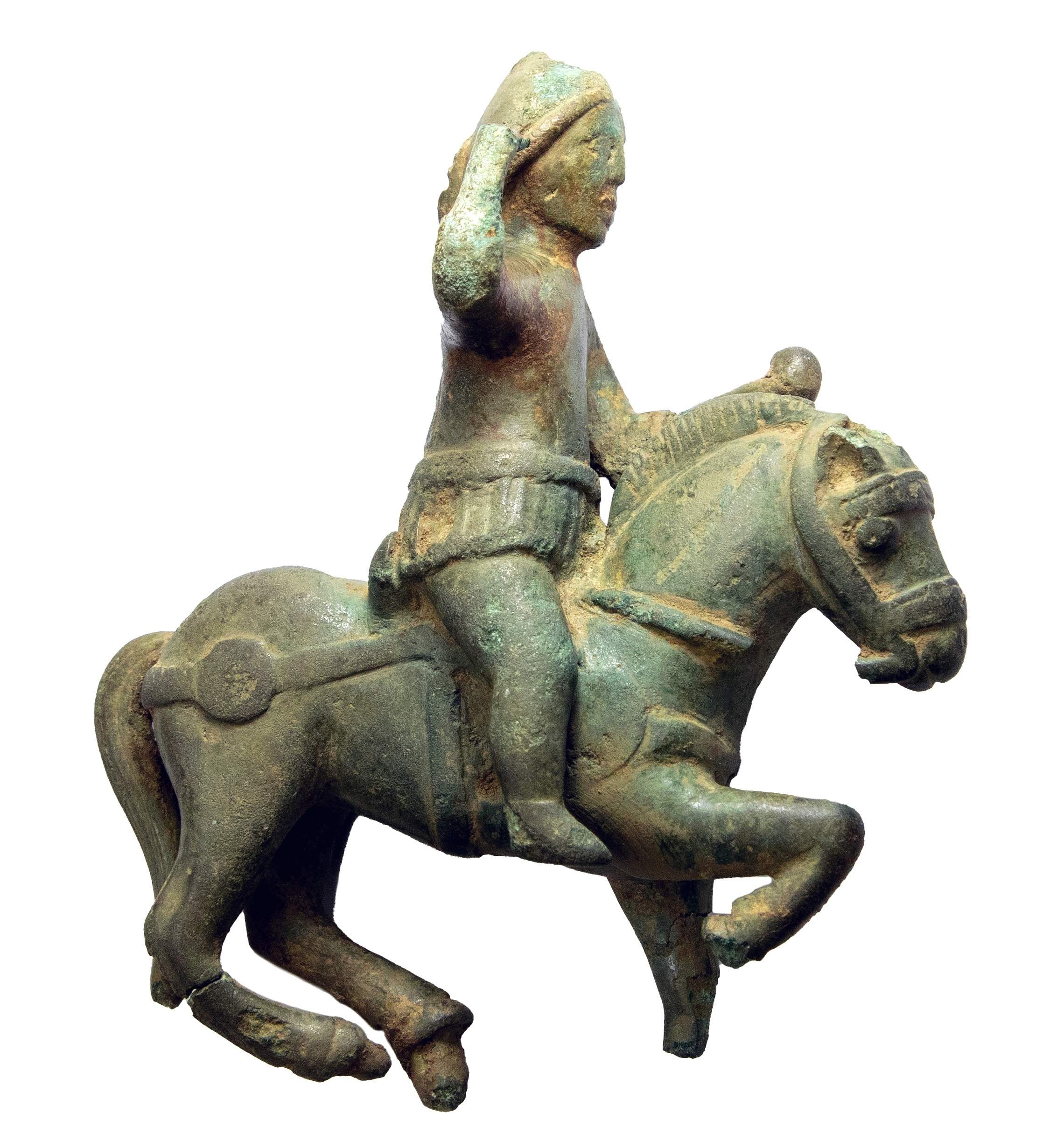 Marcus Aurelius became Emperor in March of AD 161 and his 19-year reign was one of relative peace and prosperity for Rome. However, in AD 165 troops returning from Mesopotamia brought with them a virus which swept across the entire Empire – the Antonine Plague.

Now believed to be an outbreak of Smallpox, this ancient pandemic devastated the Roman citizens, with an estimated 10% of the population losing their lives. An accomplished scholar, author and philosopher, Aurelius faced the challenge of the pandemic with his own stoic attitude.

In his book ‘Meditations’ he wrote: ‘How unlucky I am that this should happen to me. But not at all. Perhaps I should say how lucky I am that I am not broken by what has happened.’

Adam said: “He is indeed very lucky not to have been broken by his 1,850 years spent underground. The bust survived extremely well and is in very fine condition with a glossy green patina. This auction provided a rare opportunity to own a nationally important group of artefacts.”