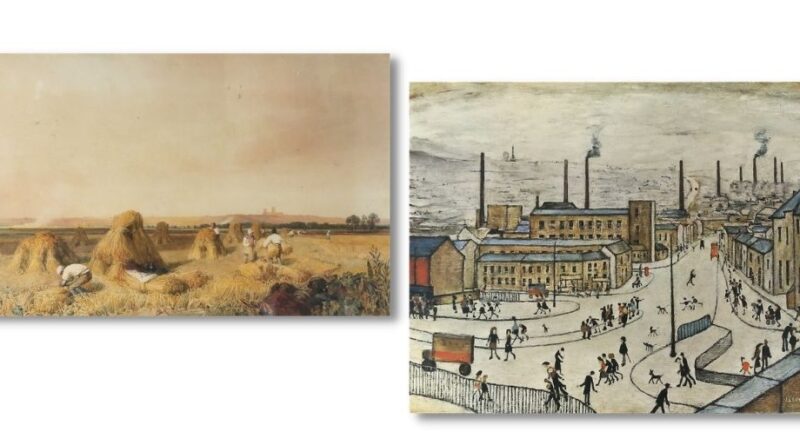 A Surrey auction house is preparing for its three-day summer sale event in mid-June and already has many pieces of fine art catalogued for sale by its team of experts.

Ewbank’s silver and fine art auction takes place on June 17, the second day of the three. The event kicks off on June 16 when jewellery and watches and gold coins will go under the hammer; and on June 18, auctions for antiques, clocks and furniture will take place.

One of the most valuable pieces already consigned for the fine art sale is a watercolour by renowned British artist Peter de Wint (1784 – 1849) who is regarded as one of England’s chief watercolourists. The picture, measuring 54cm by 84.5cm, is entitled Harvesters With A Distant View of Lincoln Cathedral, and has a pre-sale guide price of between £2,000 and £3,000. 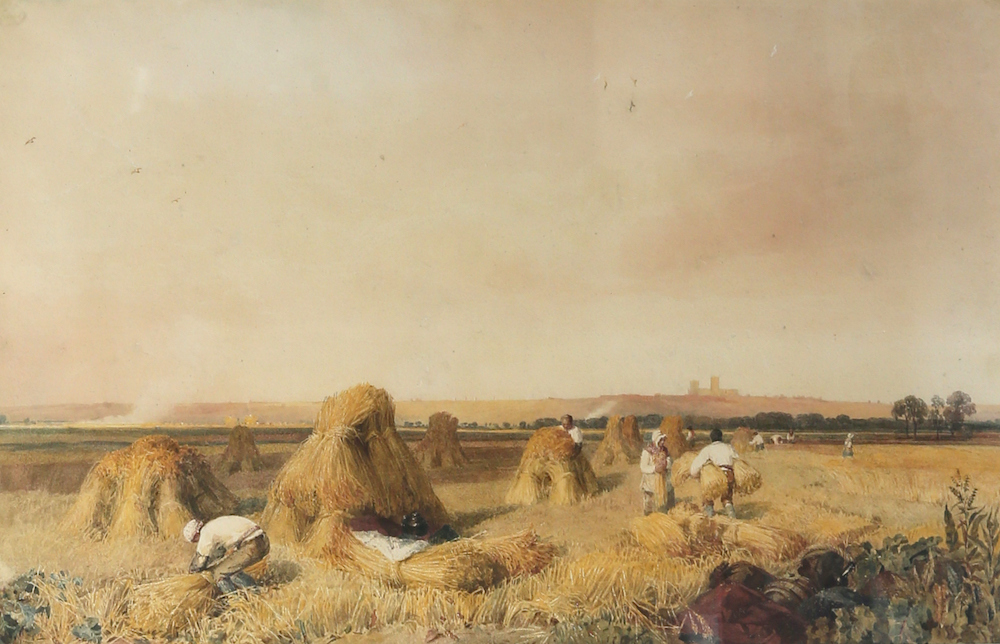 He frequently visited his wife’s home city of Lincoln, and many of his panoramic landscapes and haymaking scenes are set in Lincolnshire, including the one in the sale at Ewbank’s.  This is one of several De Wint works in a designated watercolour collection within the fine art sale.

Another piece sure to be a hit with collectors is a colour lithograph by perennially popular British artist Laurence Stephen Lowry (1887 – 1976). Entitled Huddersfield, the piece dates from 1973 and is one of a limited edition of 850. It has been valued between £2,000 and £4,000. 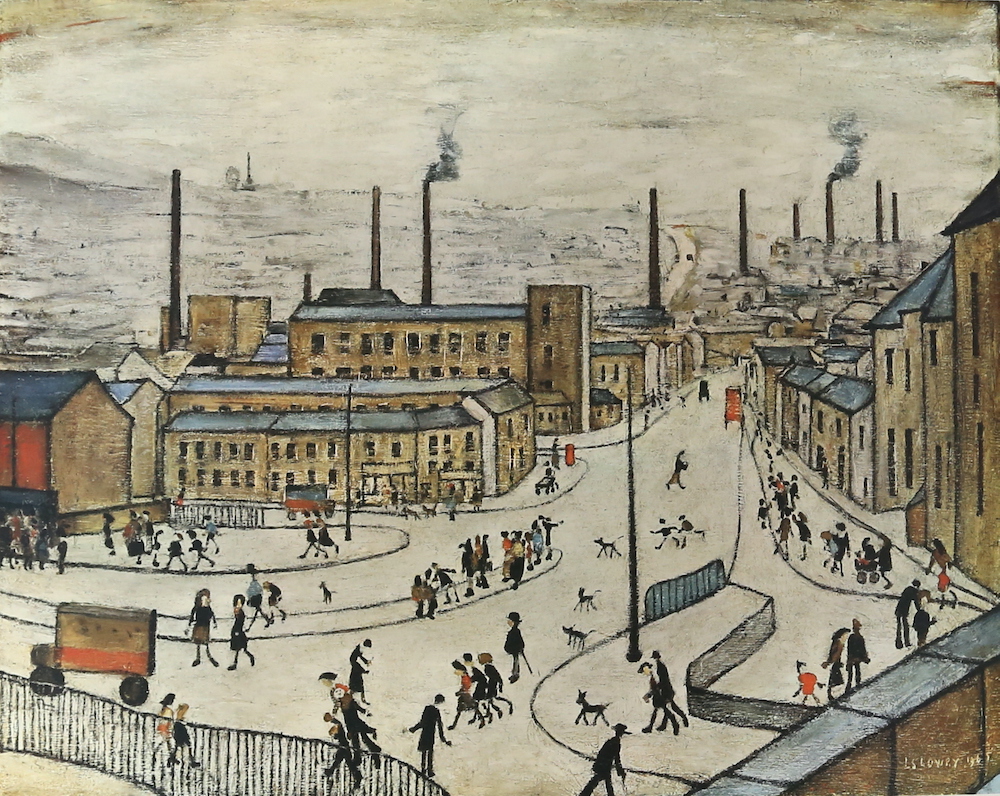 The Lowry lithograph is signed in pencil, bears the Fine Art Trade Guild blind-stamp to the lower left, and is unframed with a mount. It was purchased by the vendor in the 1970s. The original oil was produced in 1965 and is held in The Huddersfield Art Gallery.

Other paintings of note include a signed oil by French artist Pierre Jean Couarraze, depicting an open book against a stone ground, which carries an estimate of between £1,500 and £2,000. 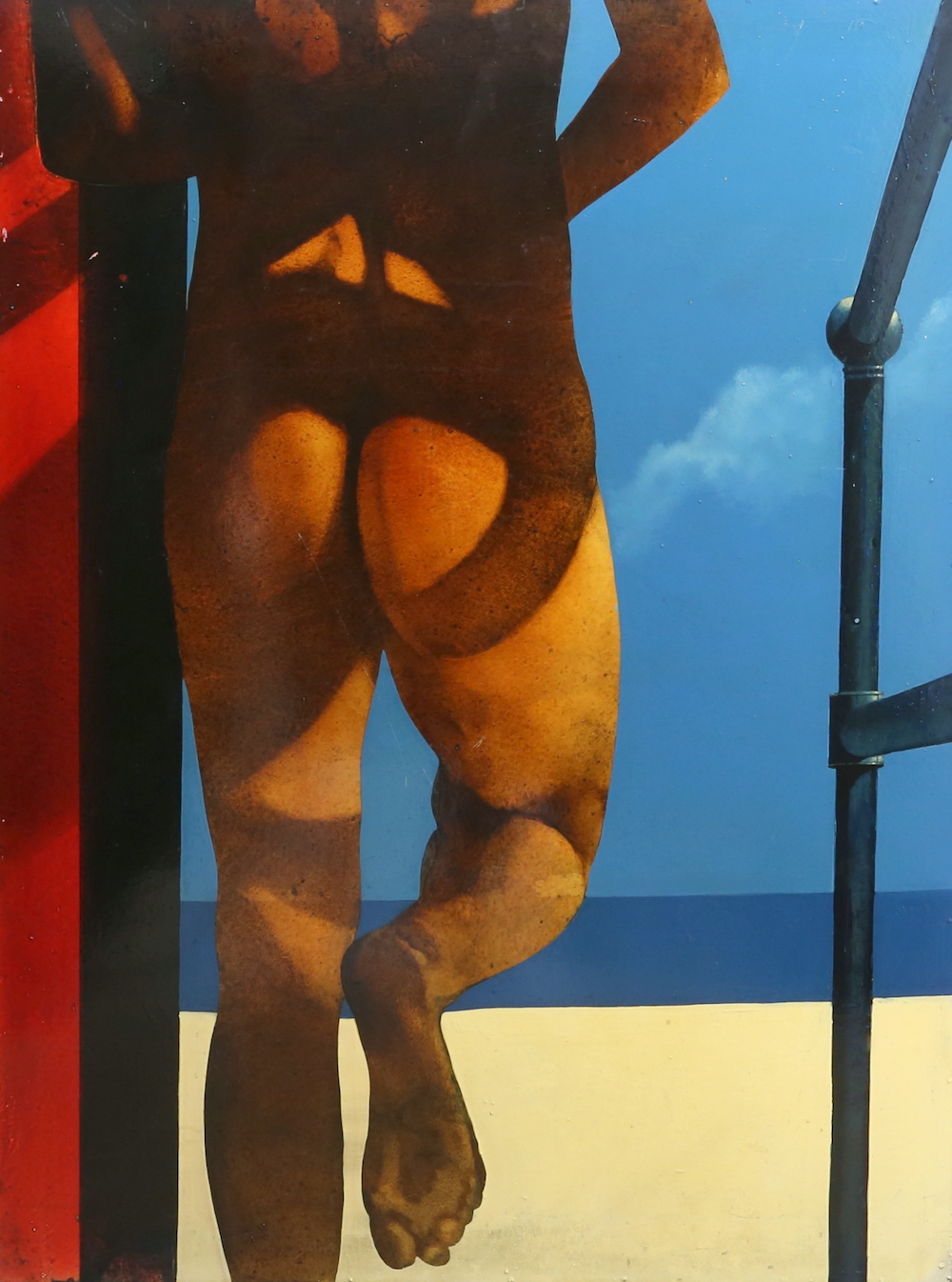 Among the many items of silverware on sale is a set of four George V silver candlesticks with shaped tapering columns on serpentine bases, by Goldsmiths & Silversmiths Company, London, 1914. The set carries an estimate of between £500 and £800. 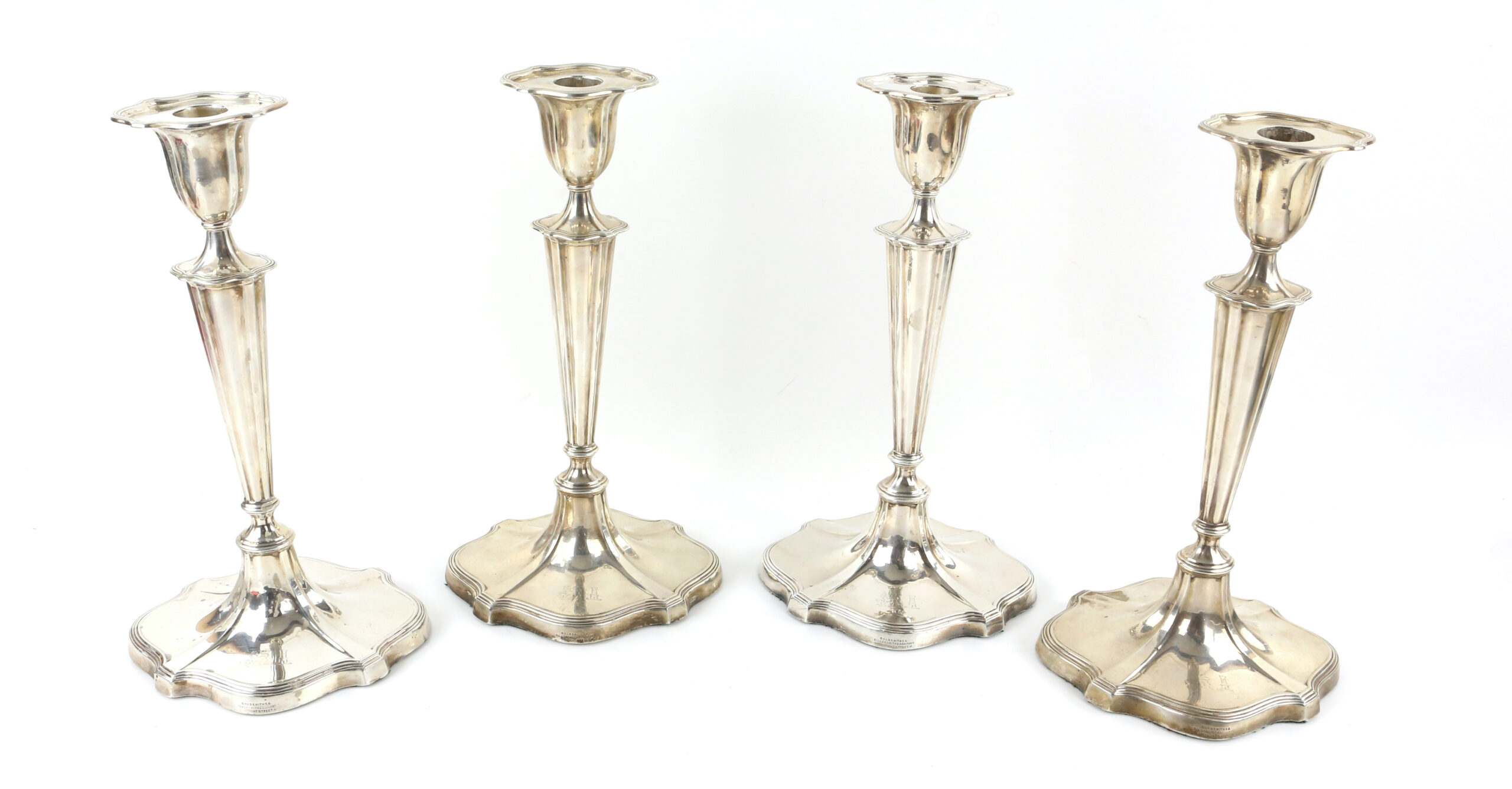 An Edward VII silver presentation twin-handled tray with engraved decoration, galleried rim, and beaded handles, on bun feet, by Walker & Hall Ltd, Sheffield, has a guide price of between £700 and £900.