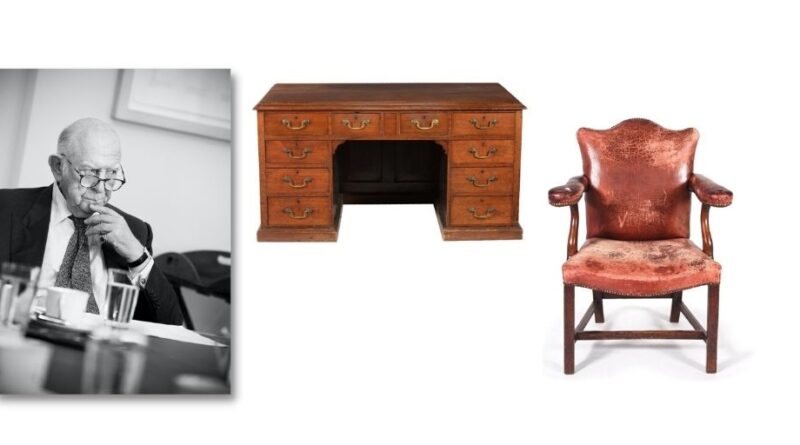 The private collection of the former business and financial manager of The Rolling Stones, Prince Rupert of Loewenstein (1933-2021) will be offered in an upcoming interiors sale next month 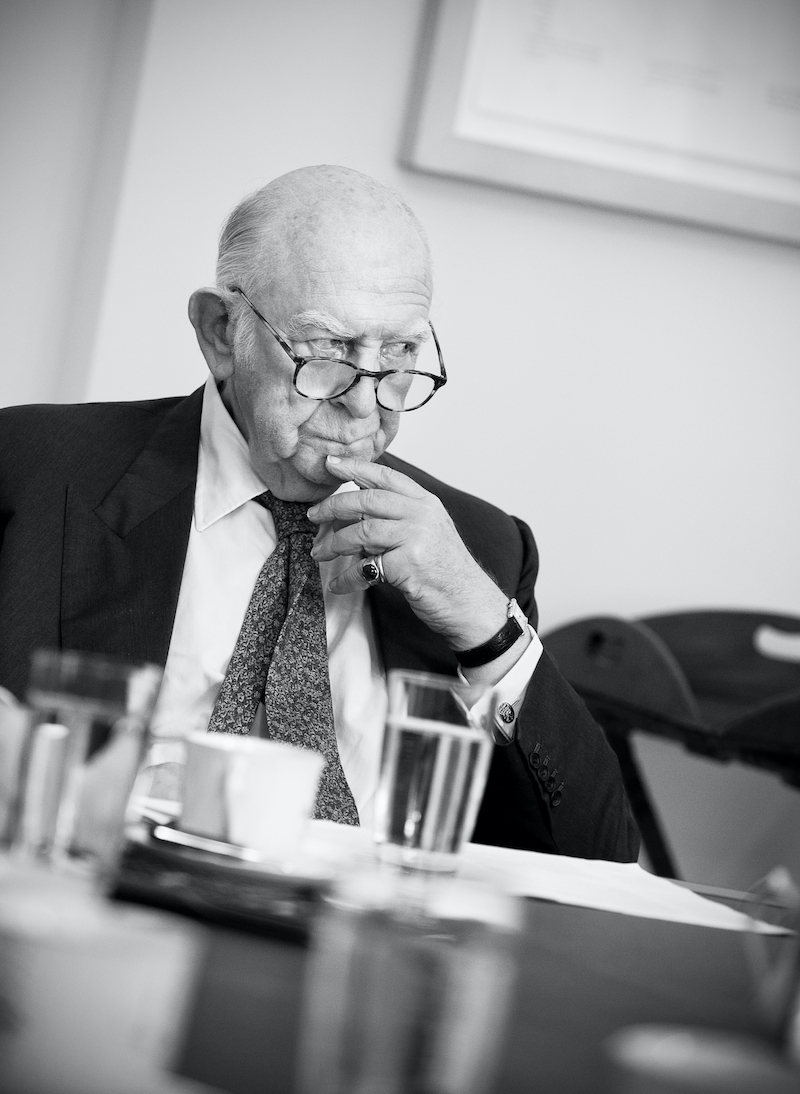 Dreweatts will sell the collection, which includes antique furniture from the Prince’s private study at Petersham Lodge, as well as two prestigious awards attained during the Prince’s time with the band. The collection will be offered on June 9, the second day of the auction house’s upcoming two-day Interiors sale.

In the collection are two desks from the Prince’s private office, where no doubt many meetings with The Rolling Stones were held. A Victorian mahogany knee-hole desk dates from circa 1880 is estimated at £300-£500 and features panel sides, and a second is a mahogany twin pedestal desk in George III style from the early 20th century, with a George III mahogany side chair, estimated to fetch £300-£500.

A George IV rosewood, ebonised and parcel-gilt library bookcase dates from circa 1830 and in the style of Gillows, carries an estimate of £400-£600.

Also included in the sale are two awards presented to Loewenstein. One is a Rolling Stones Norwegian Platinum sales award for the album ‘Stripped’ in 1996, which commemorated sales in excess of 50,000 units in Norway. The second award was a Rolling Stones Swedish Gold award for the album ‘Voodoo Lounge’ in 1994, to commemorate in excess of 50,000 units in Sweden. The estimate is £300-£400 for both. 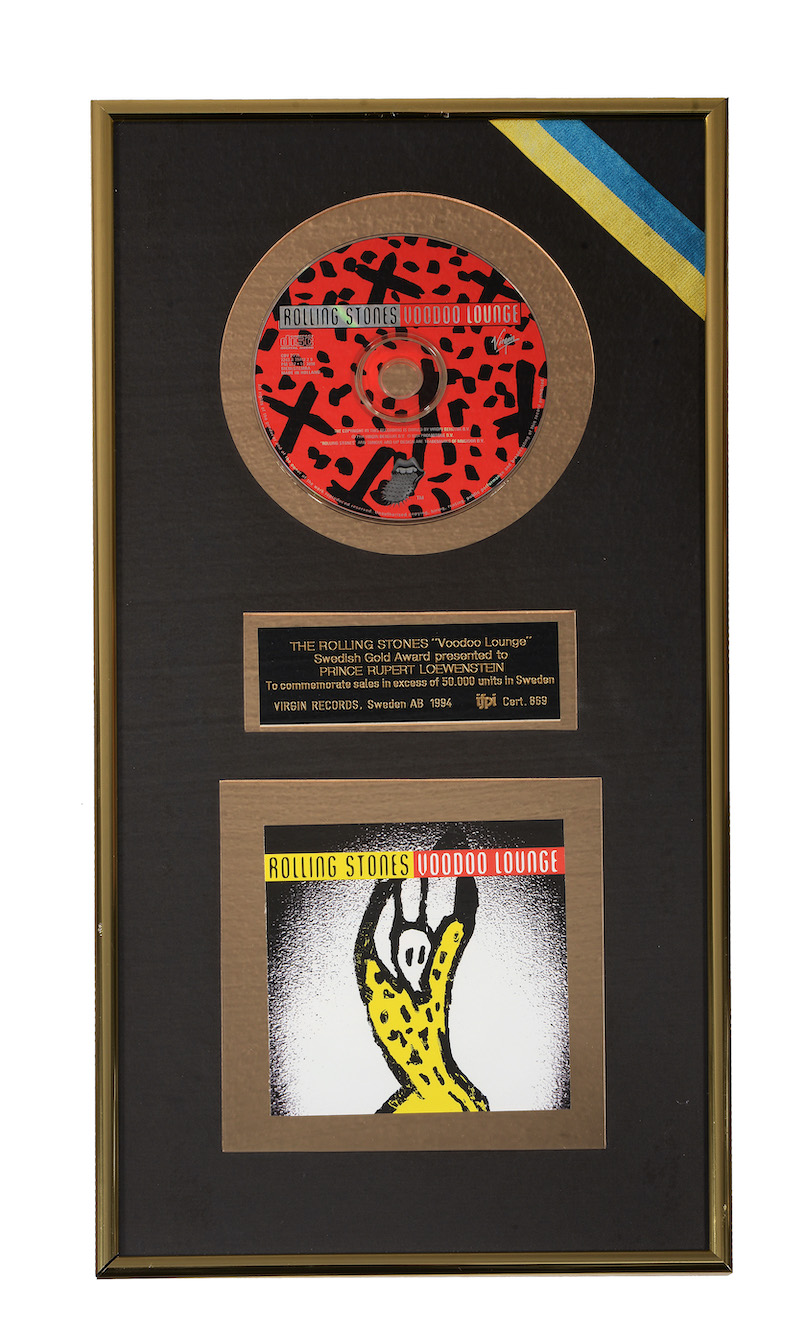 Loewenstein was The Rolling Stones’ financial and business manager from 1968 until 2007. He was introduced to Mick Jagger via his friend Christopher Gibbs in 1968, when he was a merchant banker in London. Amusingly Keith Richards recalled Loewenstein as having no idea who Jagger was when they first met. The band asked for help, as they believed they were being underpaid by their manager at the time, Allen Klein. This would lead to a working relationship and friendship that spanned more than 30 years and the nickname ‘Rupie the Groupie.’

Loewenstein is recognized as being the catalyst behind the band’s success and being directly responsible for converting them into a world-wide phenomenon. He is also credited with copyrighting The Rolling Stones’ legendary red tongue logo. His financial prowess led to massive changes in their fortune, which made them one of the wealthiest bands of all time. He engaged sponsors, rectified their tax status to the full advantage of the band and eradicated all scams, or potentially unscrupulous deals. It all paid off and in 2002 Keith Richards said of Loewenstein: “He is a great financial mind for the market. He plays that, like I play guitar. He does things like a little oil, well. And currency—you know, Swiss francs in the morning, switch to marks in the afternoon, move to the yen and by the end of the day, how many dollars?”

Funnily enough, even though Loewenstein was very involved with the band, he didn’t actually watch them perform, or listen to their music, as his musical preference was classical. His wife compiled a book in 2017 titled Wind in My Hair: A Kaleidoscope of Memories, which documents her life with all of the famous characters that appeared in it, including The Rolling Stones.