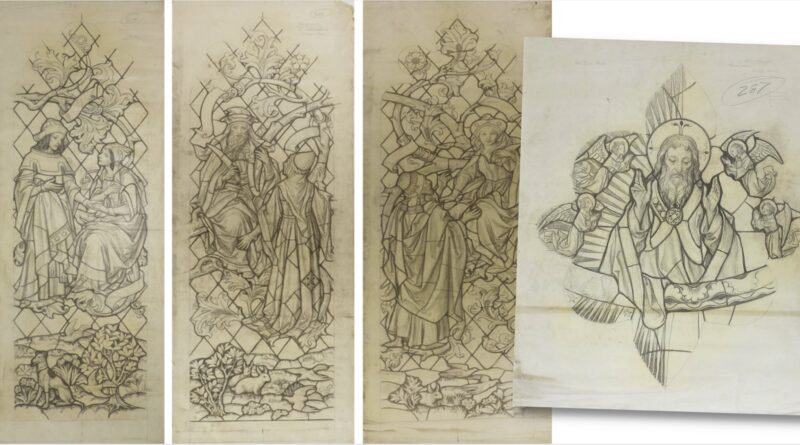 A collection of cartoons for stained glass by George Daniels (1854-1940) will be included in Essex auction house Sworders’ forthcoming Design sale on July 13. 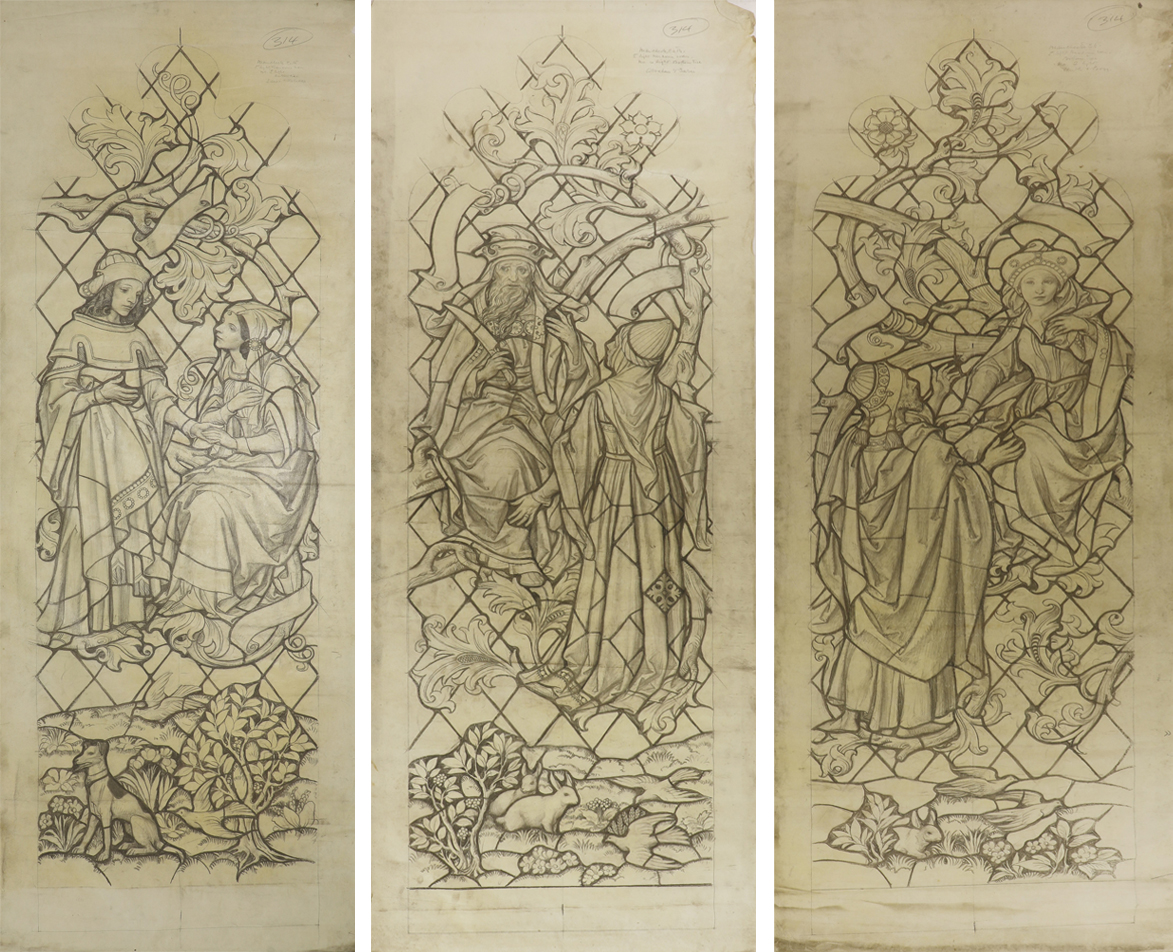 The full-size working drawings were made in the 1920s and 1930s when Daniel was working with the architect Frederick Charles Eden (1864-1944).

George Daniels was perhaps the most accomplished British stained glass designer working in the late Gothic and early Renaissance idiom from the 1890s until the Second World War. A talented  draughtsman, he had begun his career as an apprentice to the London firm of Clayton & Bell. Peter Cormack, author and scholar on stained glass, describes Daniels as “the firm’s dominant artistic personality and the creator of its scholarly and elegant ‘house style’ seen in many of the English cathedrals, including Lichfield, Gloucester, York, Ely and Truro, as well as in hundreds of parish churches throughout the UK and overseas.”

Daniels began his successful collaboration with FC Eden in 1920. The pair shared an appreciation of later medieval and early Northern Renaissance art and worked on a wide range of projects.

This collection of pencil cartoons, mostly drawn when the artist was in his 70s and 80s, show his skills in figure drawing were undiminished in these later years.

Of particular interest are a series of works completed in 1927 for an impressive five-light window in the north aisle of Manchester Cathedral, which was destroyed by the Luftwaffe in December 1940. The panels for this commission depict a range of historical and New and Old Testament subjects including Edward I and Eleanor of Aquitaine, Malcolm III and Margaret of Scotland and The Holy Family.

The other cartoons are all for extant stained glass windows in Cambridgeshire and Suffolk churches, including the drawings for a three-light Crucifixion window (1929) for the Chapel at Hengrave Hall, estimated at £1,200 to £1,500 and, at the same guide, a two-light Saints Nicholas and Martin window at Little St Mary’s, Cambridge (1930) offered with designs for St Mary’s in March, Bassingbourn church, and the window at Pampisford church, Cambridgeshire. The latter, dated 1939, ranks among his very last works. 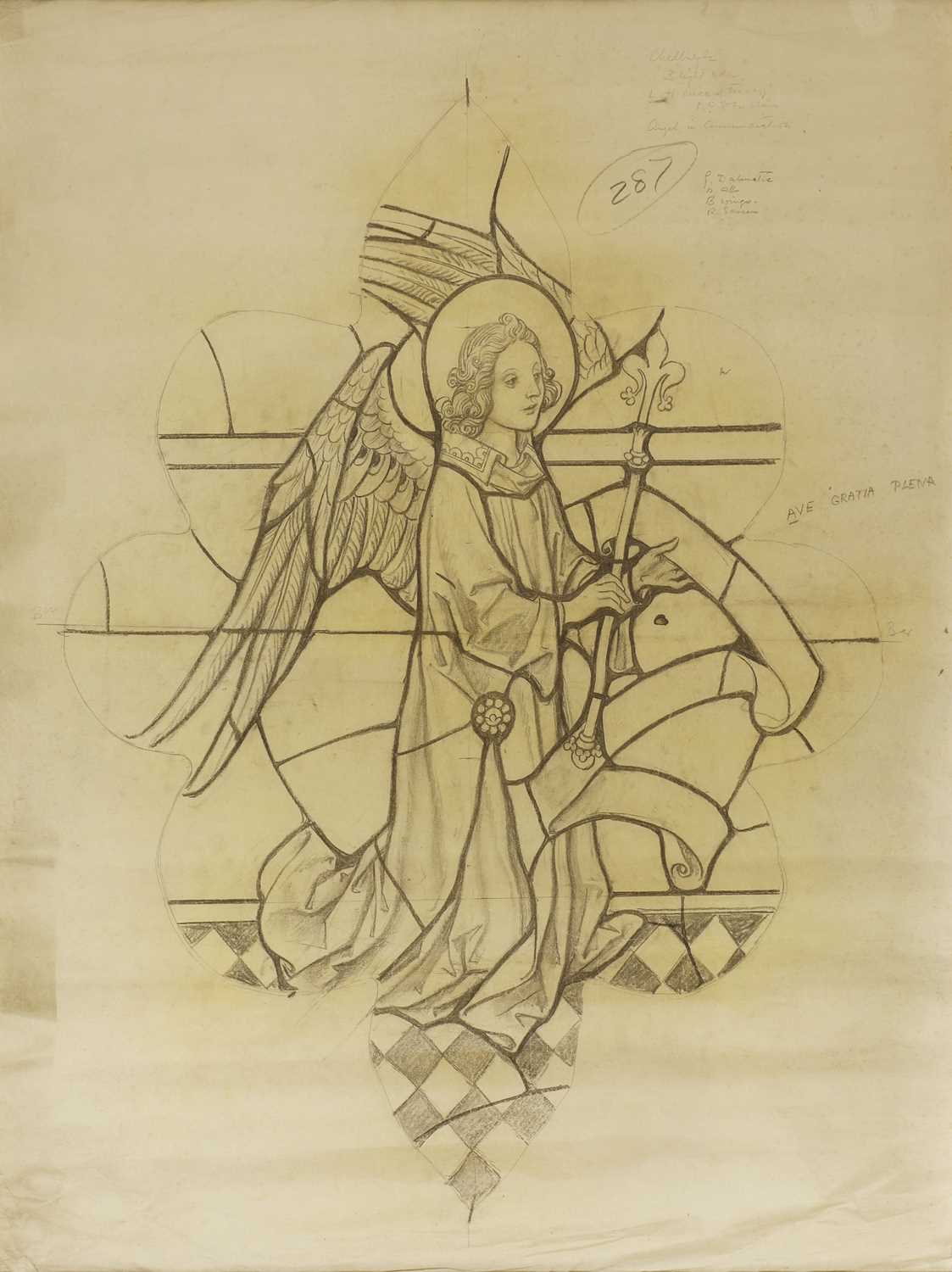 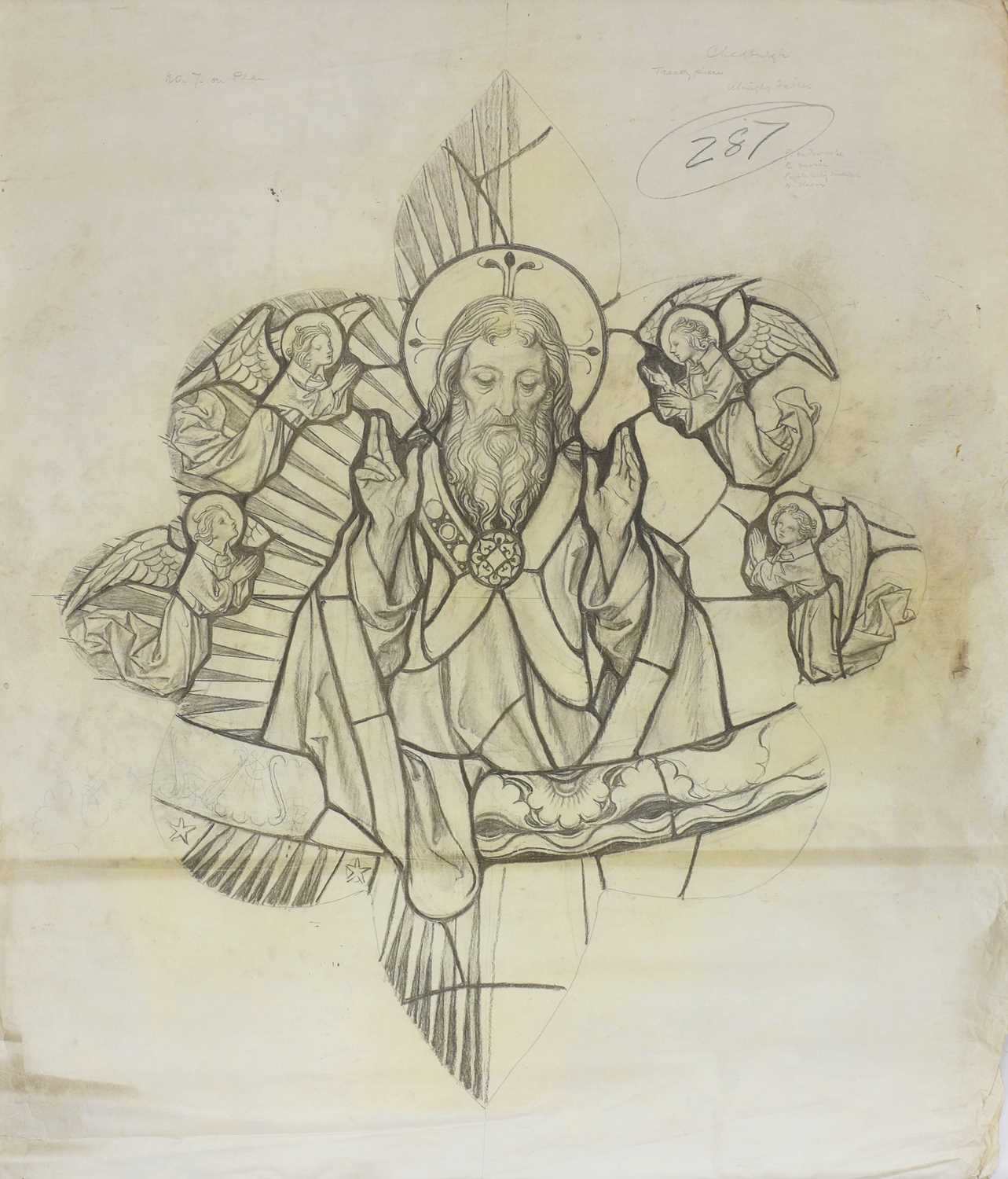 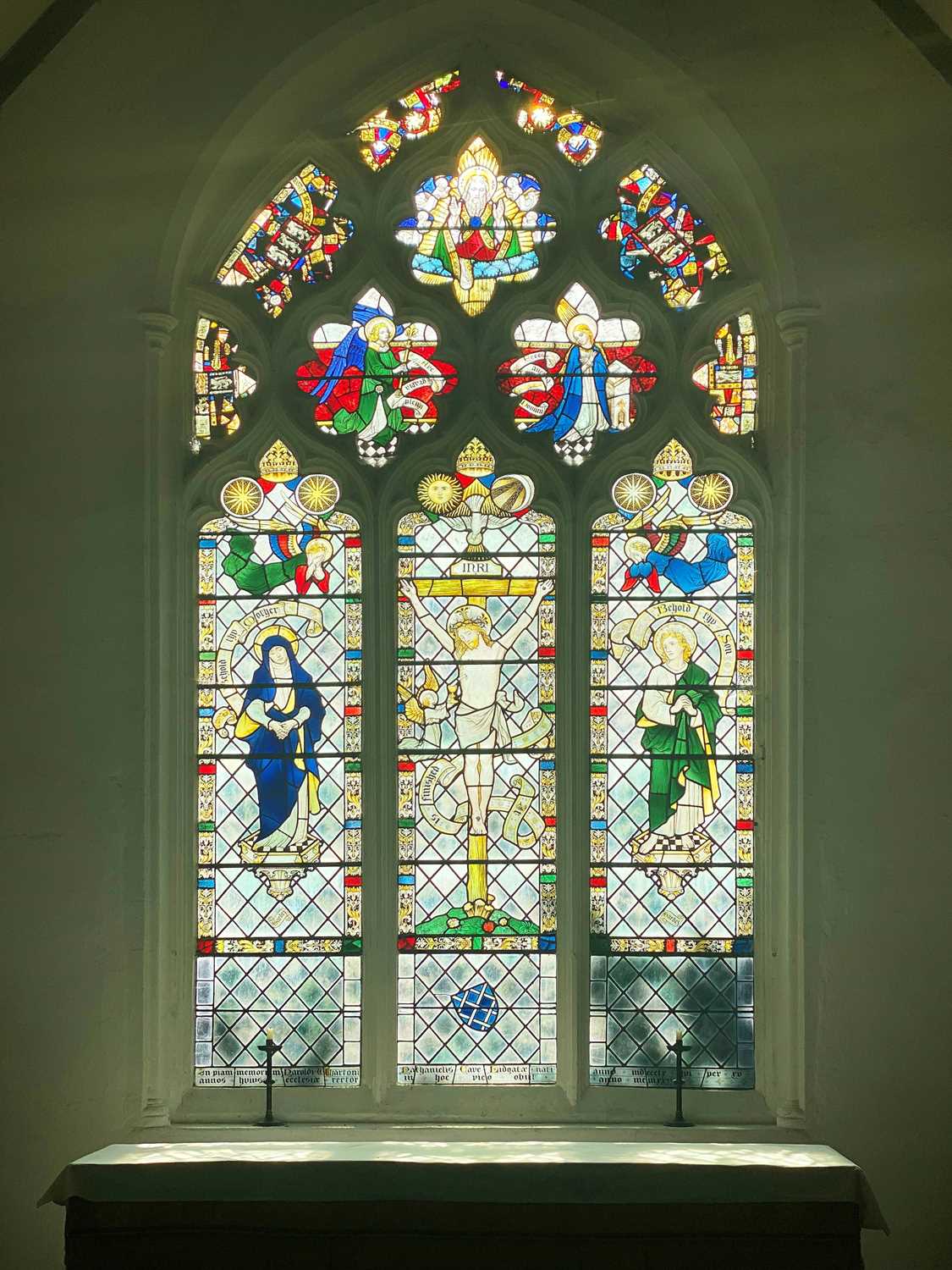