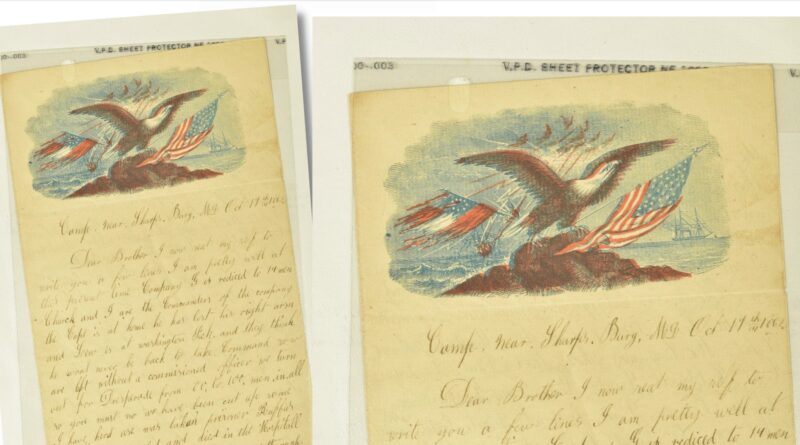 Soldiers’ letters sent during the American Civil War formed part of a rare historical postal collection of early USA stamps and covers that sold for £550 at Richard Winterton Auctions in Lichfield.

With particular interest in Civil War postal history, the collection included patriotic Union illustrated covers and fronts, together with a few covers from the Confederate side. 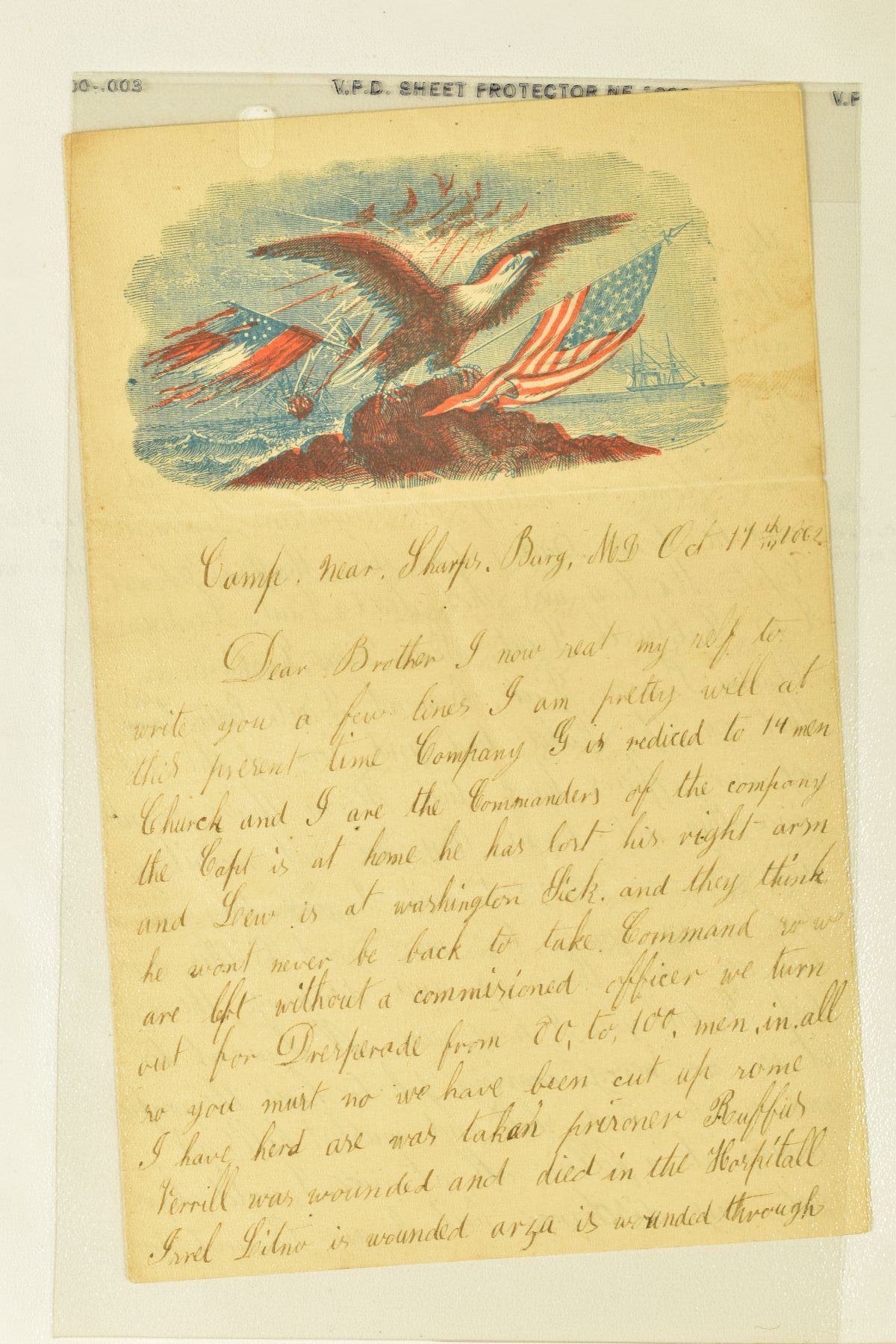 “The covers used by the Confederate soldiers were not produced by the US postal authorities,” explained the auction house’s stamps specialist Phil Ives. “They were relatively crude and, of course, only used for a short period.” One letter, dated October 17, 1862, was headed with an eagle taking off with the Stars and Stripes while shredding a Confederate Stars and Bars version of the flag.

In the letter, the author writes: ‘The captain is at home he has lost his right arm and (the) lieutenant is at Washington sick and they think he won’t never be back to take command so we are left without a commissioned officer.’

Elsewhere from the same single-owner collection, an assortment of stamps from Great Britain, including five Penny Blacks of which three had four good margins, fetched £1,050; while a collection of Commonwealth stamps across four volumes made £1,400. A large accumulation of model railway items, sold in over 100 lots, also proved popular by selling for a combined hammer of £9,280.