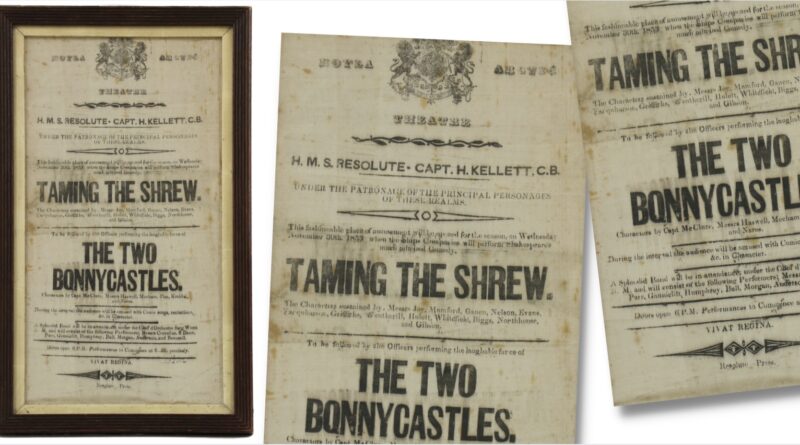 An unassuming playbill bought in an Epping charity shop for £5 sold for a hammer of £3,800 at Sworders fine art auctioneers in Essex recently, after it was found to be a rare theatrical advertisement printed on the H.M.S Resolute during its Arctic expedition in the 1850s. 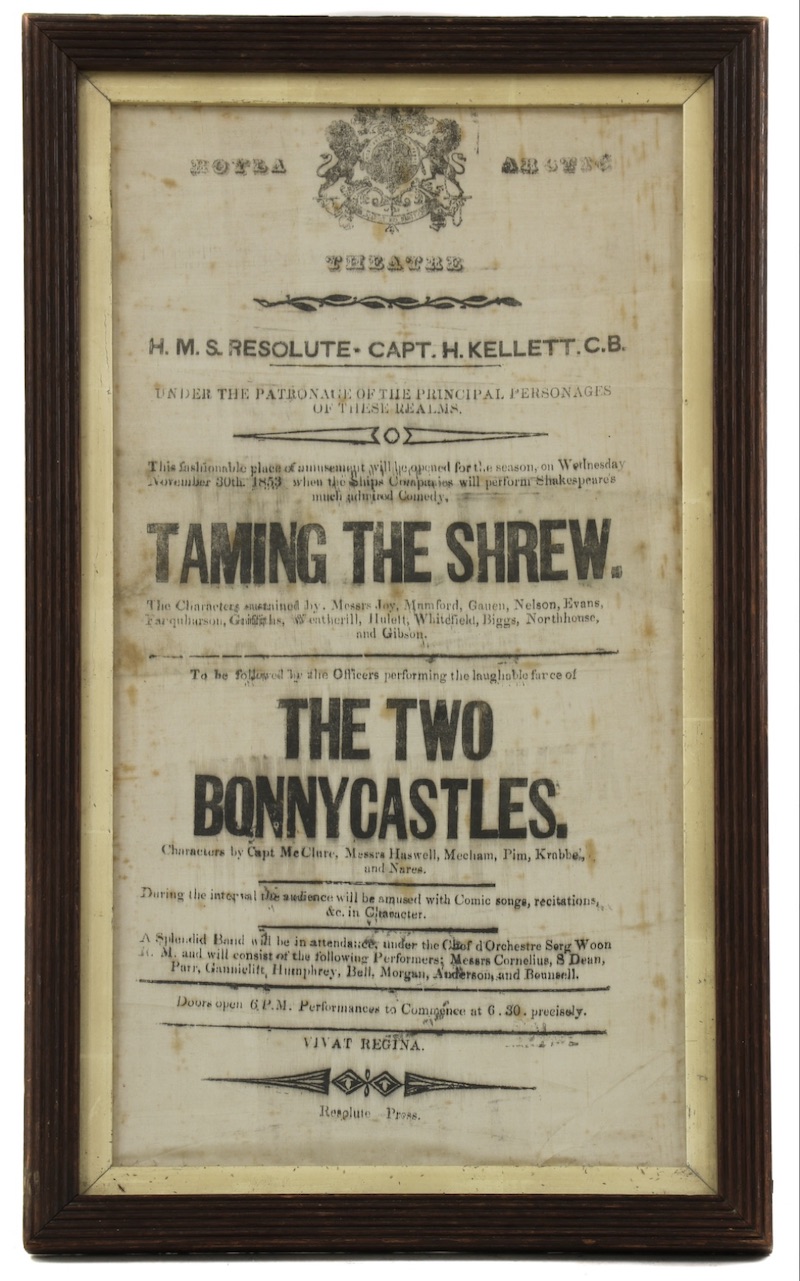 The unnamed buyer took a liking to the framed piece after seeing another shopper inspect it and put it down again. Thinking that the silk looked to have some age and intrigued by its charm, they performed some of their own research and found a similar example sold at Christie’s in 2004 for over £2,000. Excited by its prospects, they brought it to the auction house to be offered for sale.

The playbill, advertising performances of ‘TheTaming the Shrew’ and ‘The Two Bonnycastles’, is a fascinating insight into the lives of the ship’s crew. To alleviate their boredom during the winter months berthed at Dealy Island off the south shore of Melville Island, Canada, the men would put on performances complete with costumes and advertising playbills such as this one.

After the 1853 season advertised on this playbill, the HMS Resolute became stuck in ice and had to be abandoned, later to be found by American whalers and sailed back to Britain to be presented to Queen Victoria in 1856. As a gesture of thanks, timbers from the ship were gifted to US President, Rutherford B Hayes in 1880, who used them to make the Resolute Desk which is still located in the White House’s Oval Office today.

After significant interest from the UK and America, the successful buyer bid a hammer price of £3,800, with extra fees taking the overall figure paid to £4,750.

“It’s remarkable what still turns up in charity shops. They really would be better taking professional advice before selling their art and antiques. However, this was a great find for our vendor who knew we have a good track record selling items from the so-called Heroic Age of Polar exploration,” said Chairman Guy Schooling.