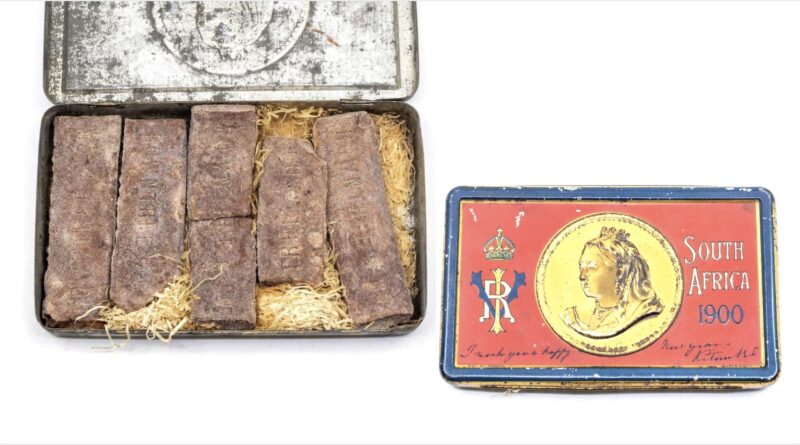 An original tin of Boer War chocolate is part of a large and quirky collection – gathered by an army major over the course of 50 years – coming up for sale in August.

Several hundred irons, mountains of kitchenalia, including mincers and lemon squeezers, lighting, chimney cranes, ironwork, keys, models of Egyptian locks, bottles and metal pipes are among a multitude of items gathered over a lifetime by the late Major Peter Gardner.

There is even 121-year-old box of chocolates from the Boer War, still intact in their original tin from 1900. It features a picture of Queen Victoria on the front. 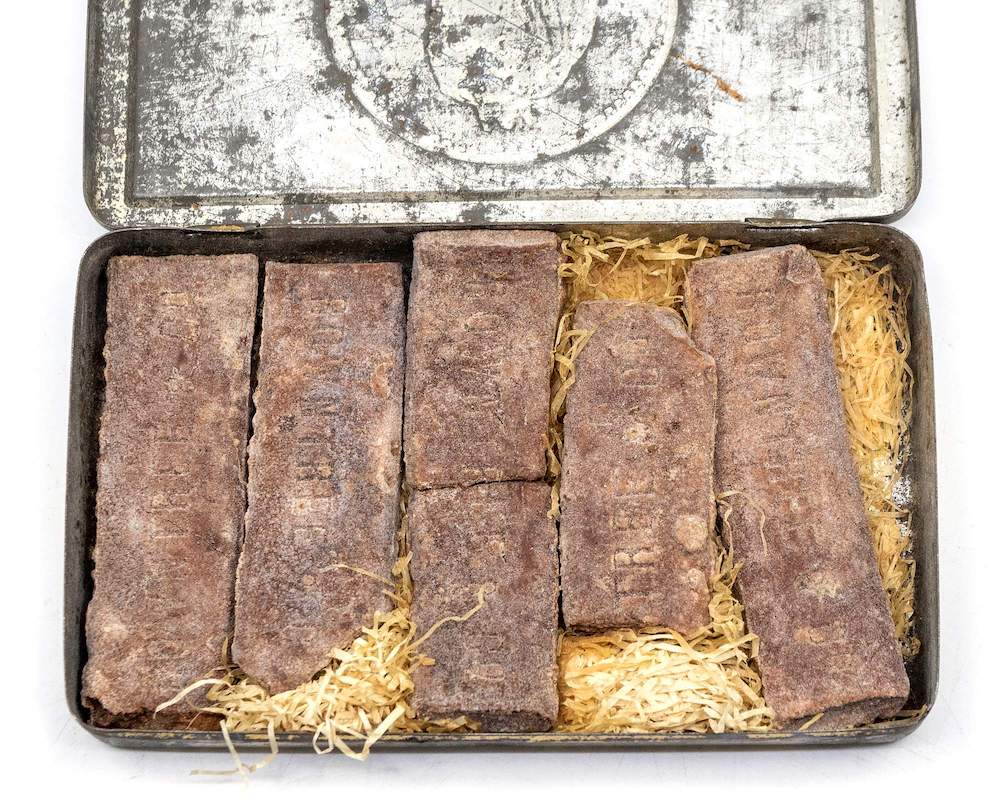 The major’s ‘phenomenal collection’ is due to go under the hammer from August 16-18 in Hansons Auctioneers’ Country Fine Art & Collectables Auction at Bishton Hall, Staffordshire.

Major Gardner, from Warwickshire, was ‘fascinated by everything’ and filled the family home with his diverse array of collectables, according to his daughter. He was also a talented craftsman who reused and recycled items, sometimes saved for him by workers at the local tip. 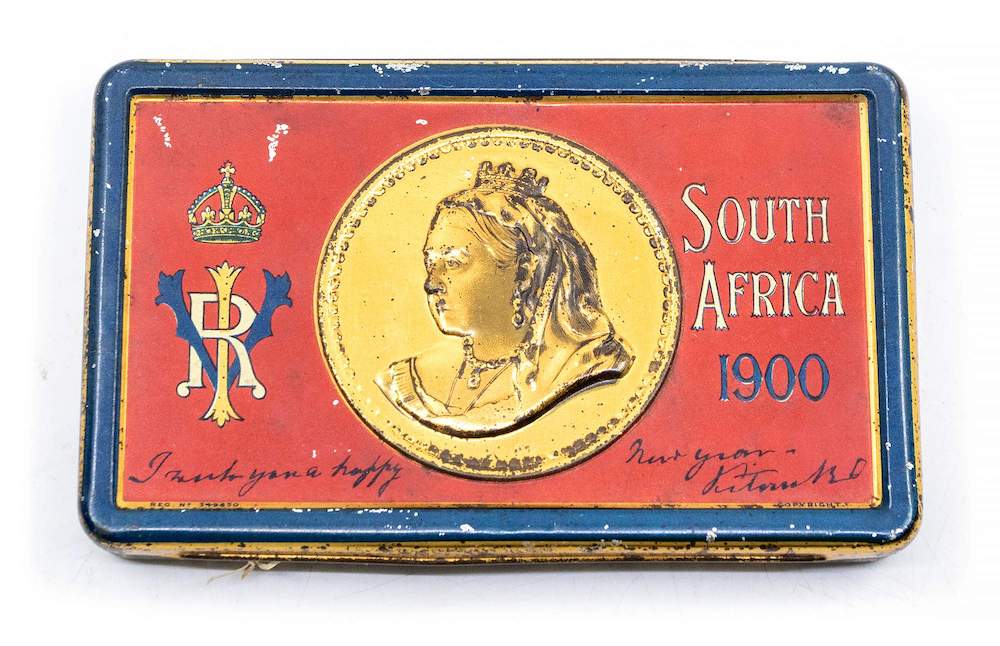 Charles Hanson, owner of Hansons, said: “We see several large private collections but Major Gardner’s eclectic collection has taken our breath away due to its sheer size and variety. It’s simply phenomenal and contains many unusual and rare items. For example, we were amazed to discover a tin of Boer War chocolates from 1900.  To find everything from a 121-year-old box of chocolates to a Baby Daisy Edwardian vacuum is quite extraordinary.”

The major’s daughter said: “My father was a countryman all his life. Born into a farming family in the Banbury region of Warwickshire, he trained as a forester before joining the Royal Engineers in 1939.  He remained in the Army until 1960 when he moved back to Warwickshire and started collecting artifacts and domestic bygones.

“Always known as ‘The Major’, he was a larger-than-life character. But he was also a craftsman and a much-loved part of his community as well as a magpie collector.

“He had a huge number of friends, from the Lord of the Manor to the digger drivers at local rubbish dumps and was jovially rude to all of them.  He spent many years working as an archaeologist in the Warwickshire region before eventually becoming the archaeologist to the Shakespeare Trust in Stratford on Avon.

“His enormous collection was meticulously catalogued with the help of friends towards the end of his life.  It was a working collection, used for exhibitions and to illustrate the many lectures he gave to local groups.

“As children we were used to being surrounded by several hundred irons, Saxon skeletons, working models of Egyptian locks as well as ironwork being conserved on the kitchen table. My mother was very patient! 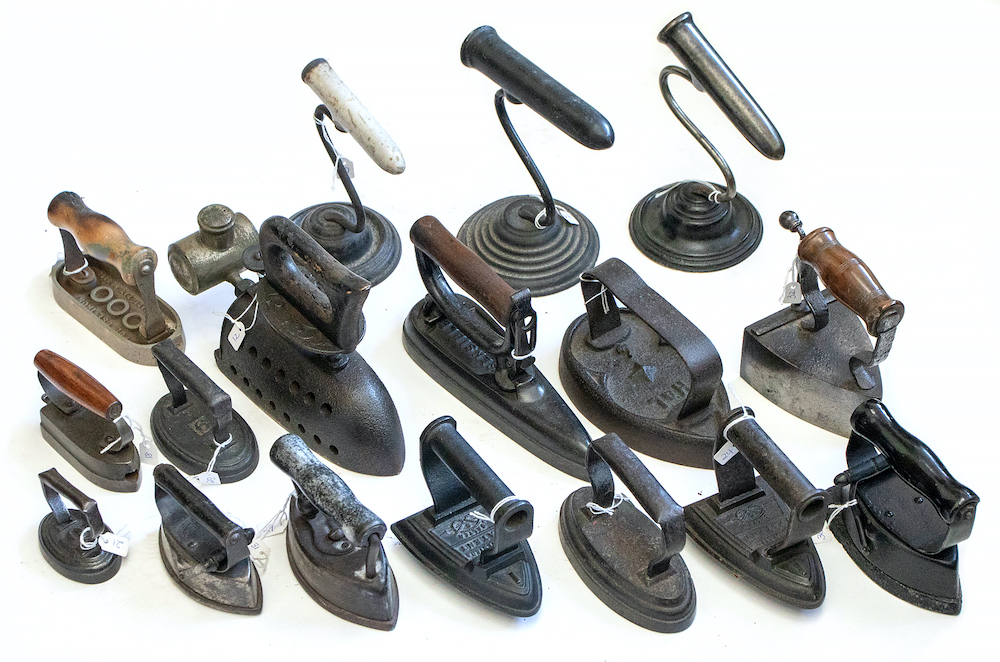 “As with all collectors the pleasure for him was in the hunting down of overlooked treasures and I hope that the artefacts from this collection will give others the same thrill.”

Major Gardner passed away 10 years ago when he was in his 80s. Due to a change in circumstances, the family have decided the time is now right to part with the collection.