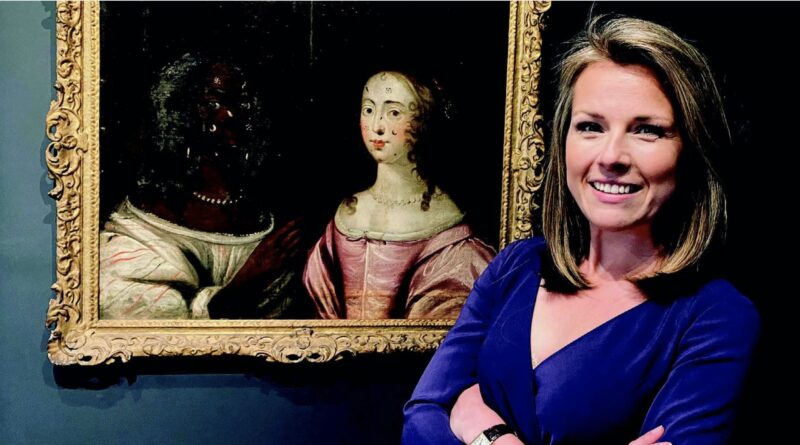 There are moments in an auctioneer’s life that ‘stick’ and, recently, perched on top of a ladder in a tumbling-down out-building, I had one of these. For hanging above me, was one of the most exquisite and unusual paintings, I have ever seen.

Once we had managed to retrieve it from its vertiginous vantage point, it became clear just how important this painting was. 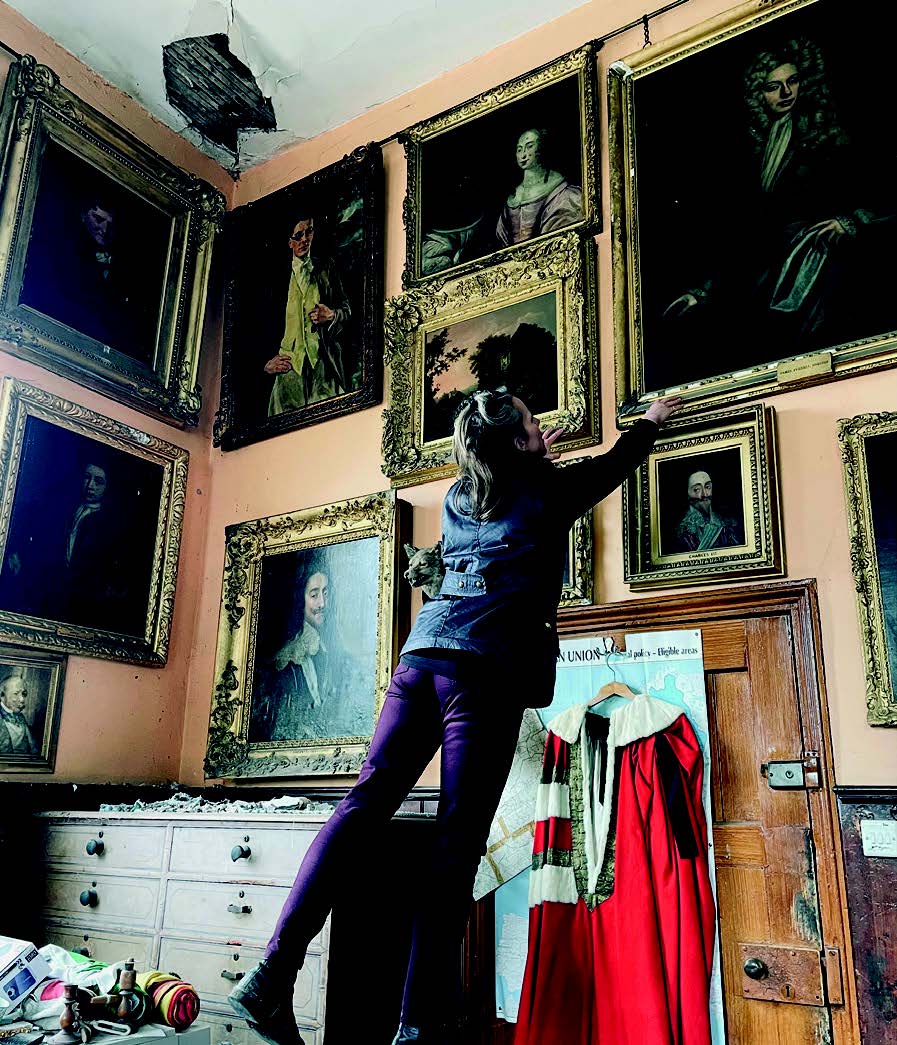 The double portrait dating to c.1650 was fascinating for a multitude of reasons. Firstly, it depicts a black woman from the Cromwellian period, dressed as a social equal to her counterpart and, secondly, they are wearing decorative patches on their faces, a curious feature that added a sense of real mystery to the work.

The oil on canvas had been in the collection of Lloyd Tyrell-Kenyon, 6th Baron Kenyon, who died in 2019, and had been kept at least for a century at Gredington, the family’s country seat in Whitchurch.

Not wanting to give away their secrets too easily, the painting, and its verse:

I black with white bespott y white with blacke this evil proceeds from thy proud hart then take her: Devil’, were a conundrum.

In order to unravel the puzzle, my colleague Ashley Jones and I split our research, he taking on the history of black art, and me looking at costume design and face patches in the 17th century. It was a fascinating process and what we gleaned was a tangle of Cromwellian law and propaganda in 17th-century England.

Face patches have been used since ancient times to cover up scars and blemishes. However, in the mid 17th century some men were so outraged by women’s dress and make up that, in 1650, parliament debated an act against ‘The vice of painting and wearing black patches, and immodest dress of women’.

The Puritan obsession with sexual promiscuity was also reflected in a crackdown of all forms of ‘nightwalking’ aimed at removing prostitutes from the streets. The implication was that a ‘patched woman’ had something to hide, which may have been as innocent as a birthmark or small-pox scar, but she could also be hiding something much more sinister, perhaps a syphilis scar or other sexually transmitted diseases.

The association of patches with sexual immorality, deceit and aristocratic affectation was everything Cromwell and his Puritan government sought to outlaw. 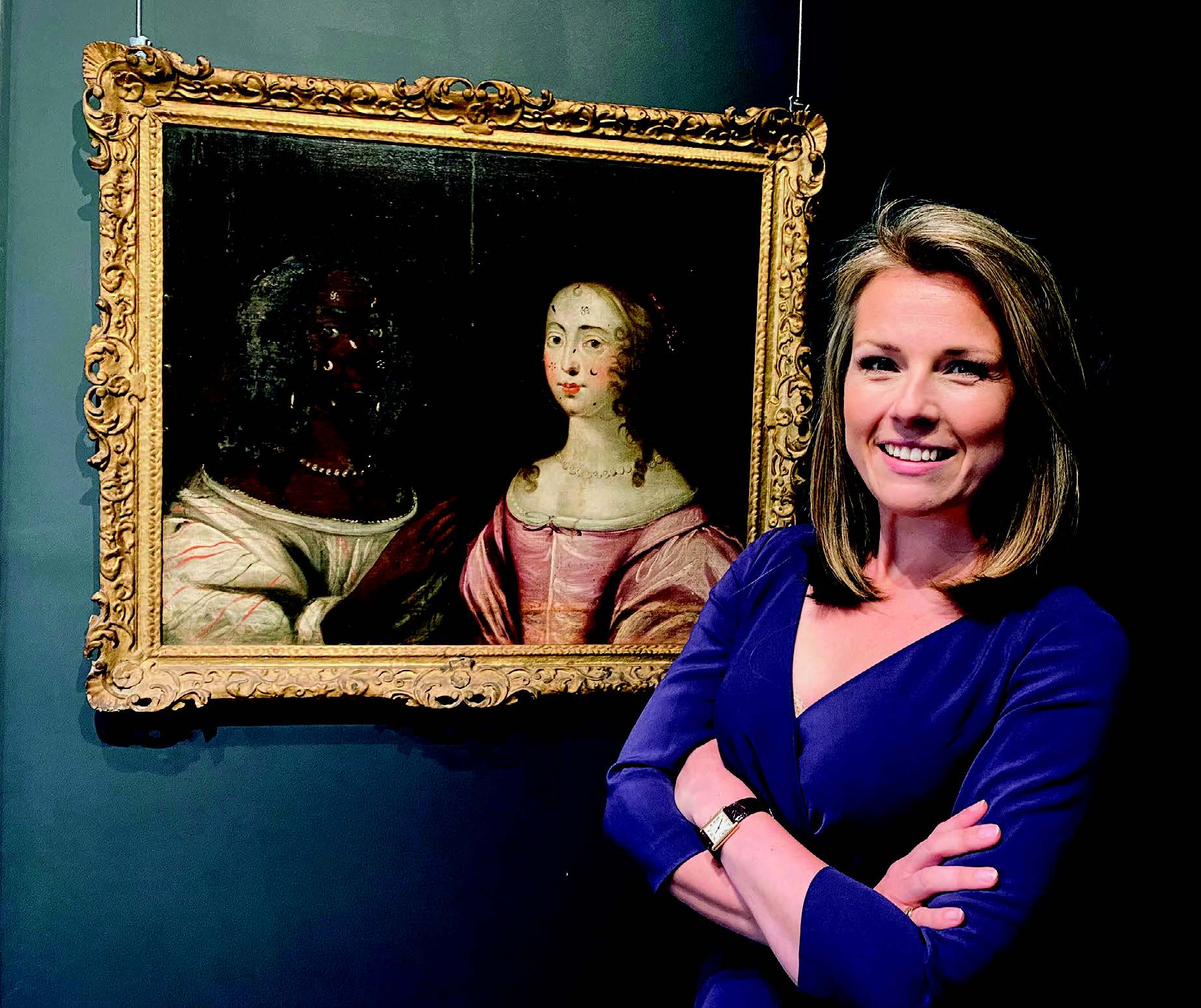 The painting saw ferocious interest in our recent sale, sparking international interest. Underbidder, Fake or Fortune? presenter and dealer, Philip Mould, said: “With present needs to broaden subject matter and diversity in public collections, museums on both sides of the Atlantic would desire such an image.”

It finally sold to a UK bidder for more than £250,000 (with buyer’s premium). I was delighted to have played a part in its journey and contribution to the re-writing of art history.