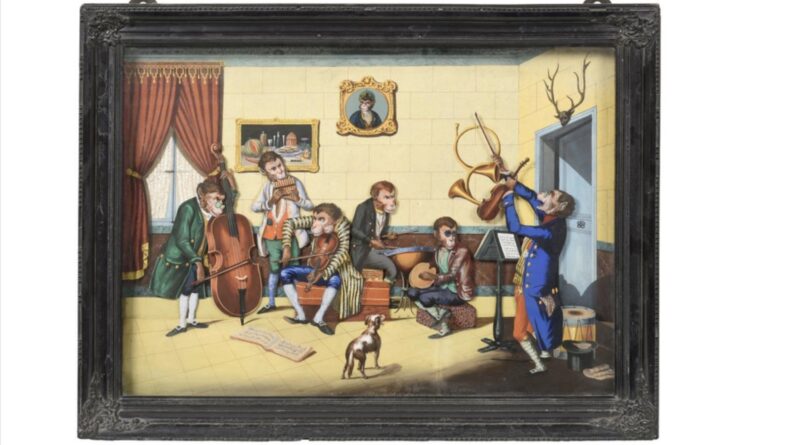 Made in France, circa 1860, and bearing the signature ‘Riviere’, the picture had a key-wind cylinder movement and played four airs. 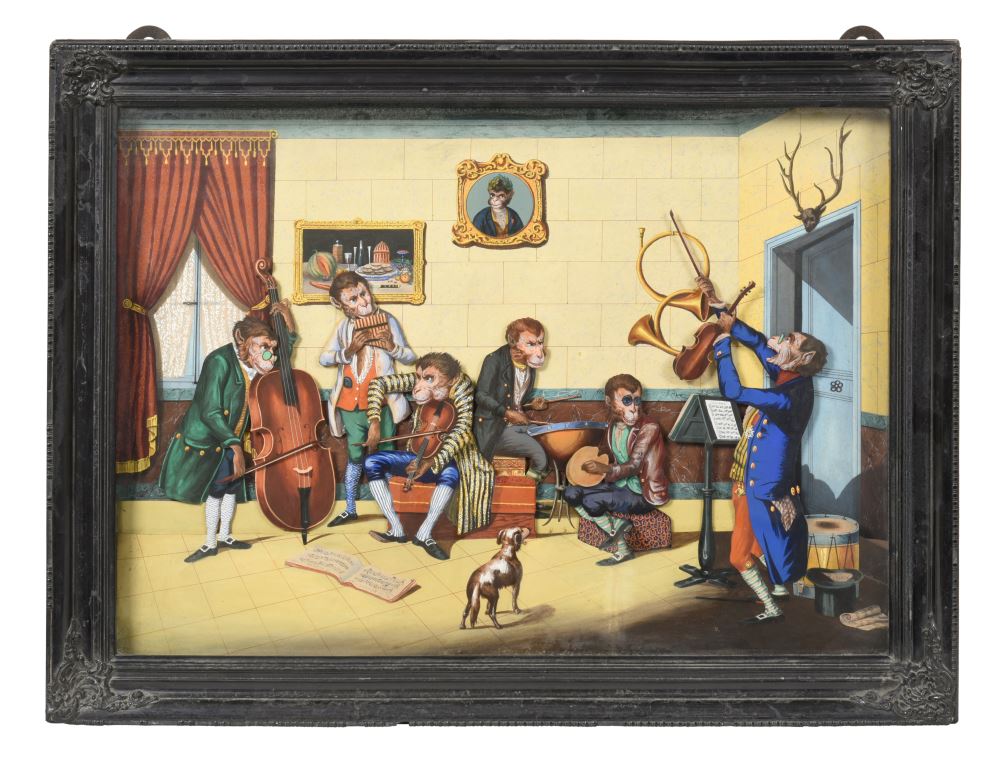 The top lot of the sale, however, was a fine violin by John Frederick Lott II (1804- 1870) that sold for £13,000 and was part of a small collection of instruments in the sale that were The Property of a Musician. 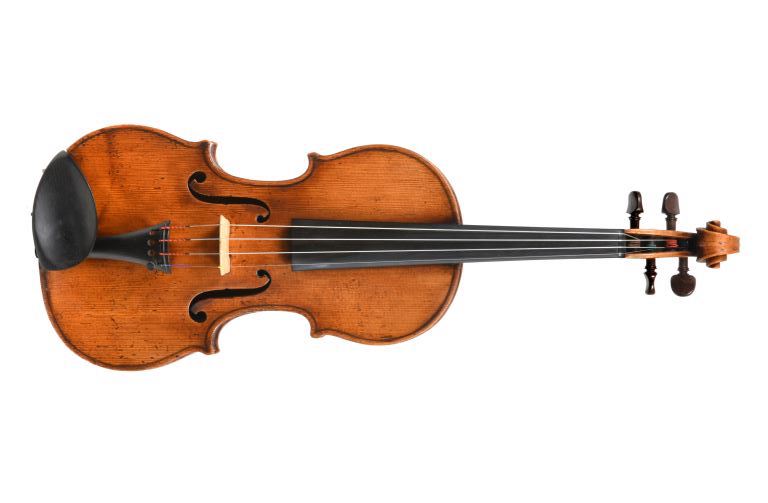 John Lott, known as Jack, was the most in demand English violin maker of the 19th century making fine models after the Cremonese masters Guarneri del Gesù and Antonio Stradivari.

Further highlights of the musical section of the sale included a well-made Violin Bow by W. E. Hill & Son, one of the finest makers in the UK, which sold for£3,800; a Concertina labelled ‘Boyd & Co’ that sold for £1,400; and a Miyazawa flute that sold for £850.

A small private collection of LP’s that sold for a total of £920 and included a copy of COB’s ‘Moyshe McStiff & The Tartan Lancers of the Sacred Heart’.

A private collection of vintage radios sold strongly throughout and achieved a total hammer price of £10,870.

Highlights included a good 1937 Philco type V537 ‘The People’s Set’, which sold for £950 – thought to be a new auction record for the model.