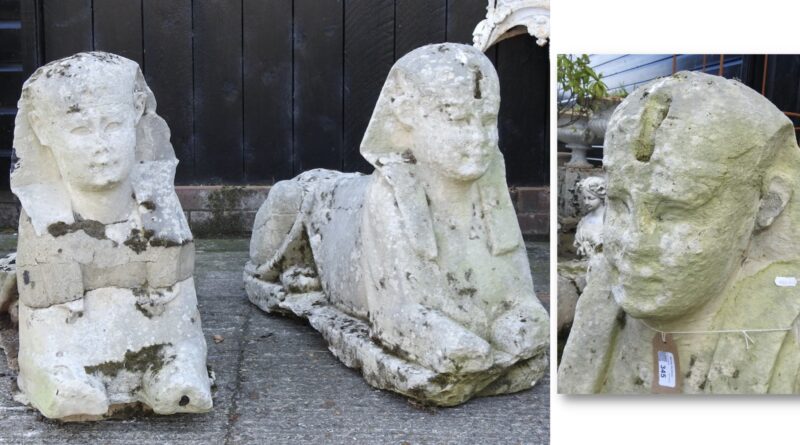 A pair of Sphinx garden ornaments smashed their lowly pre-sale estimate of £300 to £500 to hammer at £195,000 at a recent Suffolk auction.

Mander fine art auctioneers of Sudbury took consignment of the pair of ornaments, which had come from a garden near to the picturesque village of Clare. The pair had been purchased from a local country house sale some 15 years earlier, according the family who consigned them for sale. 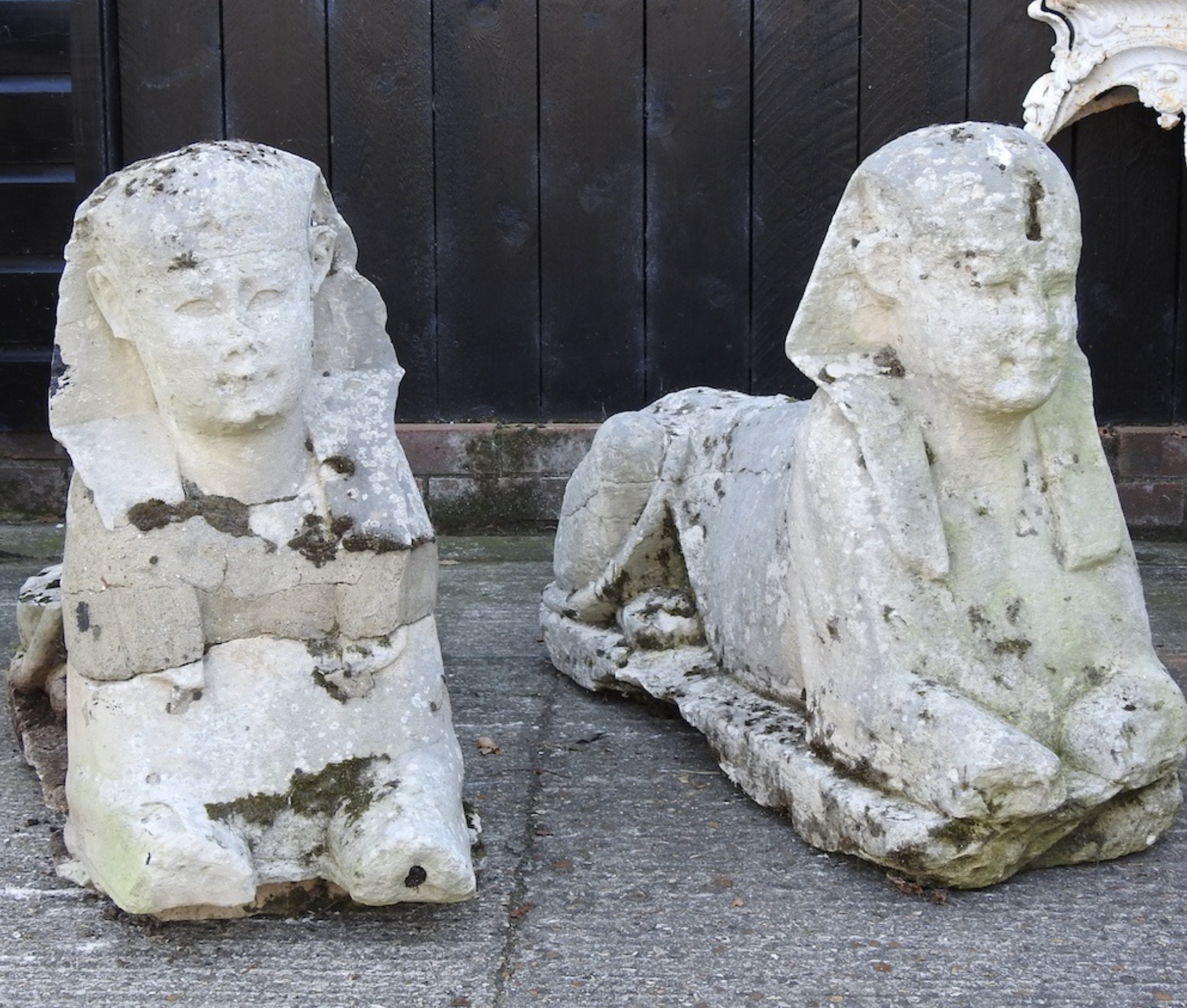 However, the auction house was unable to find the previous sale or date of the items, but assumed that they were items originally brought to the UK from the Grand Tour.

Listed as a ‘pair of 19th century carved stone sphinx’, The sale took just 15 minutes to complete, with bidding quickly rising above the £200 start.

Manders said that the opinion appeared to be that while the sphinxes had been viewed as copies of 18th century examples, they could be genuine pieces from ancient Egypt. The eventual winning bid was made by an international art gallery.