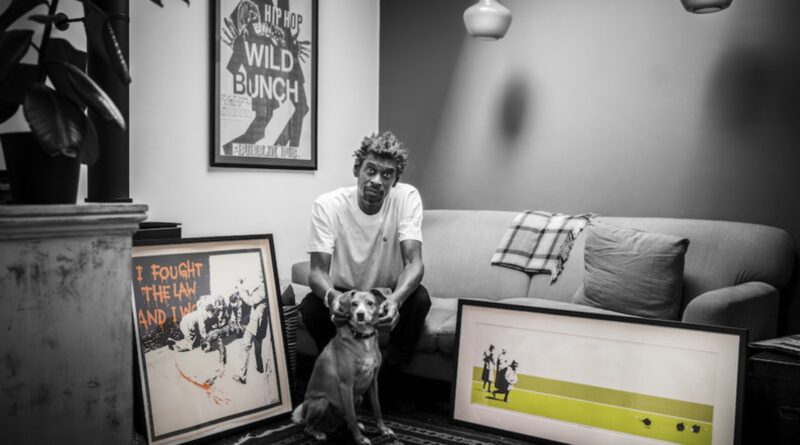 A member of Bristol band Massive Attack, Daddy G (AKA Grant Marshall), has donated two limited-edition Banksy prints, I Fought The Law valued at £30,000-£40,000 and Bomb Middle England valued at £15,000-£25,000 to Vanguard’s charity auction in aid of Temwa and Aid Box Community.

The prints were given to Marshall’s family early in the artist’s career, but he has decided to donate them to raise money for Temwa who lost a grant of £250,000 earlier this year when the UK government cut their aid budget.

The funds raised from the auction will support Temwa’s life saving work on food security and forestry, water and sanitation, and education in Northern Malawi, East Africa, and ABC’s mission to provide support, supplies, and sanctuary to refugees and people seeking asylum in Bristol.

The auction also includes a number of works by British and Irish street artists including Inkie and Mr Jago alongside original works by contemporary African artists Benjamin Ibebe and Bruce Onobrakpeya. The mix of British, Irish and African artists reflects the work of Temwa and Aid Box Community as well as pushing the art world for more inclusion of African artists at auction.

The charity auction takes places on October 29 at Lost Horizon, Bristol with the sale starting at 7.30pm.