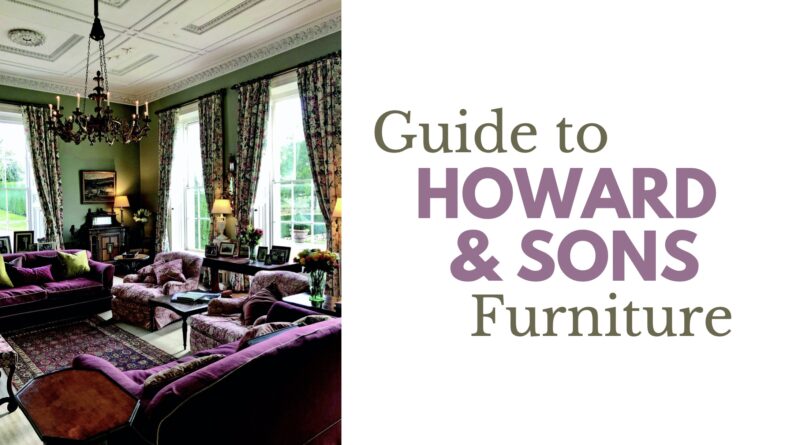 Beloved by royalty and the rich for furnishing their great houses during the Victorian era, Richard Ginger discovers why furniture by Howard & Sons remains in demand today

Picture well-heeled men and women relaxing with effete exhaustion at a weekend party at the family seat, and they are invariably reclining, Bertie Wooster-like, on a sofa or chair by the celebrated furniture makers Howard & Sons Ltd.

None of the nation’s self-respecting great houses and estates were considered complete without furnishings by the celebrated London maker, which became the must-have producer of furniture for the country’s best addresses from the mid-19th century.

The business had relatively humble beginnings, founded by John Howard in 1820 who advertised his services as a ‘Cabinet Manufacturer’ located at 24, Leman Street, London. Howard remained at the premises for almost a decade before being joined by his son, George, and moving to other locations in the city while opening a showroom on Red Lion Street in Holborn.

In 1848, they moved to 22, Berners Street, off Oxford Street, which was to become their most notable address. By this time, John Howard & Sons was offering its services as ‘Cabinet Maker, Upholsterer and Decorator’, and benefiting from innovative designs and the employment of modern techniques in construction.

The business started to flourish, demanding additional workshop space in nearby Tottenham Street, Fitzroy Square and Charlotte Mews, alongside the occupancy of a further building on Berners Street.

The next half-century saw Howard & Sons continue to go from strength to strength, gaining recognition in the form of gold and silver prizes at a variety of events at home and across Europe, including the 1862 Crystal Palace Exhibition for its library furniture, the Exposition Universelle in Paris and the Exposition Internationale d’Anvers in Antwerp, culminating in the award of a Royal Warrant in 1901 (even today, the Queen is said to have a large number of pieces by Howard & Sons in various homes).

The warrant allowed them to supply royal residences with upholstered furniture, alongside other grand venues such as The Savoy Hotel. They also collaborated with Gillows, which was seen as leading cabinetmakers in Victorian England.

By the mid-1850s it was George Howard that was increasingly steering the company’s fortunes. In 1865 he gained a patent for a process to use a wooden veneer on interior walls rather than wallpaper or paint. He then adapted the method for flooring, taking out a patent in 1867 for parquet flooring.’

But then, as now, it was for the deep-seated loungers armchairs, sofas and chaise longues, for which the company was most well known. In this George was instrumental in laying the foundations for their long-term renown, patenting a design for a ground-breaking ‘elastic seat’ in 1866.

He used coil springs in the seat which allowed greater movement in all directions: up and down, left and right, marking a step-change from more traditional upholstery. Just as inventive was the ‘siege de duvet’, which involved a feather and down-filled pillow held in place with fixings to the frame, and supported underneath by horsehair and under-springing.

The robust construction techniques used in the furniture also sets it apart (evidenced by the survival of so many pieces today), and gave the company an advantage over their contemporaries.

The use of tenon machinery for the joints kept the cost of manufacturing competitive, and details like chamfered edges along the wooden railings reduced the amount of wear on fabrics over time.

Indeed, the furniture was so well designed pieces still appear with their original ‘H&S’ monogrammed ticking in cream and blue – the result of the original two-tone green fading over time.

The design of the furniture’s legs also changed over time, with the predominant and earlier turned leg shape giving way to a more modern, tapered style.

The inside of the rear legs often features the maker’s name or number stamped on the wood or on the brass castors. Alternatively, a piece may have an ivorine label or paper label sewn into the hessian. Alongside ‘Howard & Sons’ details may also include the business address, such as ‘Berners Street’, which can help to date the period.

By 1935, Howards & Sons was trading from 31 Old Burlington Street, but it eventually ceased to be a family business when it was taken over by the decorating firm, Lenygon & Morant in 1947, which continued to trade as ‘Lenygon & Morant makers of Howard furniture’.

Today, the company is once again run as a family-owned business, Howard Chairs Ltd, making individual, handmade furniture at its London workshop to many of the original designs. 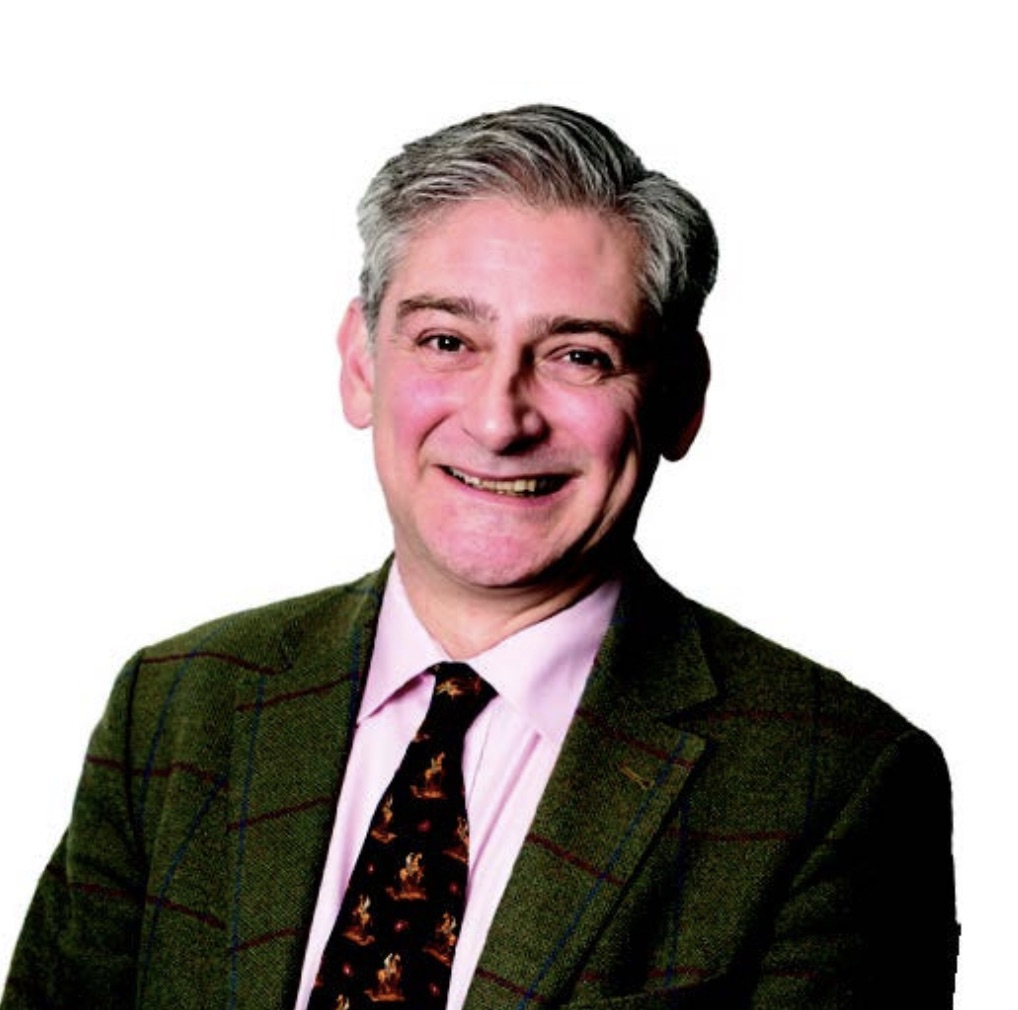 Tell us about the house

The seller, John Evetts, inherited the 18th-century, unfurnished house in the 1980s. As a furnishing consultant for the Landmark Trust, Evetts has impeccable taste and a connoisseur’s knowledge of Victorian, early Regency and William IV furniture. The property was extended in the 1840s and he wanted to furnish it as though it was an 1840s newbuild, almost as though the person who extended it had written to Mr Howard and Mr Gillow and said ‘I want 20 dressing tables, 24 beds, 24 bedside cabinets…’.

Where did he find items?

At auction, in fact, he was still buying pieces right up to the time of the sale. He mainly chose Howard & Sons and Gillows, both kings of English furniture making of that period. He filled the house with cracking examples of the best pieces available.

How would you compare Howard & Sons to competitors?

They were the best by a mile. If you class them as the Rolls-Royce of English furniture, there was no Mercedes or Jaguar; the nearest to them was an Austen Allegro! After Howard & Sons showed at the 1862 Crystal Palace exhibition and won a prize for their furniture, Queen Victoria bought some pieces, awarding the company royal patents. Once the Queen buys furniture from a maker everyone else has to, too.

What sets them apart?

They had patented designs, were patronised by the royal family, and didn’t just make a couple of good chairs and rest of on their laurels, they continued with great design and build quality. To this day, you sit in a Howard chair and think ‘Wow, this is the most comfortable chair I’ve ever sat in’, and it’s some 130 years-old.

What was their distinct appeal?

In the ‘20s and ‘30s you start to get a relaxing of social customs and lounge suits were worn, rather than morning dress, and people in general started to wear slacker clothes.

Alongside it came a fashion for very long, deep chairs, that were comfortable to lounge in. Previously, if you were having tea with Aunt Agatha, you’d have had to sit upright. Society was unlocking and the style of the chairs reflected that. Howard & Sons spotted this change, responding quickly to trends.

Are examples hard to find?

No – Howard & Sons produced a heck of a lot of chairs – but they are becoming increasingly expensive.

The more people realise how good they are, the higher the prices they achieve. Even when the rest of the market was in the doldrums, they’ve bucked the last 20 years because they’ve always been good and quality always shines through.

How can you spot fakes?

I wouldn’t use the word ‘fake’, but there are copies and reproductions, although they are fairly simple to spot because Howard stamped or marked virtually everything they did. If it isn’t stamped or marked an auctioneer shouldn’t really be calling it Howard, but instead ‘style of’. If he’s convinced that it’s Howard but doesn’t bear any marks, he can say ‘attributable to’.

What was the reaction to the sale?

The sale was one of the most well-viewed auctions that I have ever known. There was everyone from the heads of national London museums, to all the cream of the decorating trade, and lots of titled individuals. I spoke to the editor of a very well-known decorating magazine, and he said you couldn’t pick up social media without Wormington Grange splashing across it.

Which were the standout items?

What stood out for me was the sheer choice. Normally, you might have one or two Howard chairs in an auction and you’re glad to have them because they’re sure-fire sellers. Mr Evetts owned dozens of Howard & Sons’ pieces, such as the Portarlington sofa in the drawing room, which is widely regarded as the finest thing that Howard ever made. 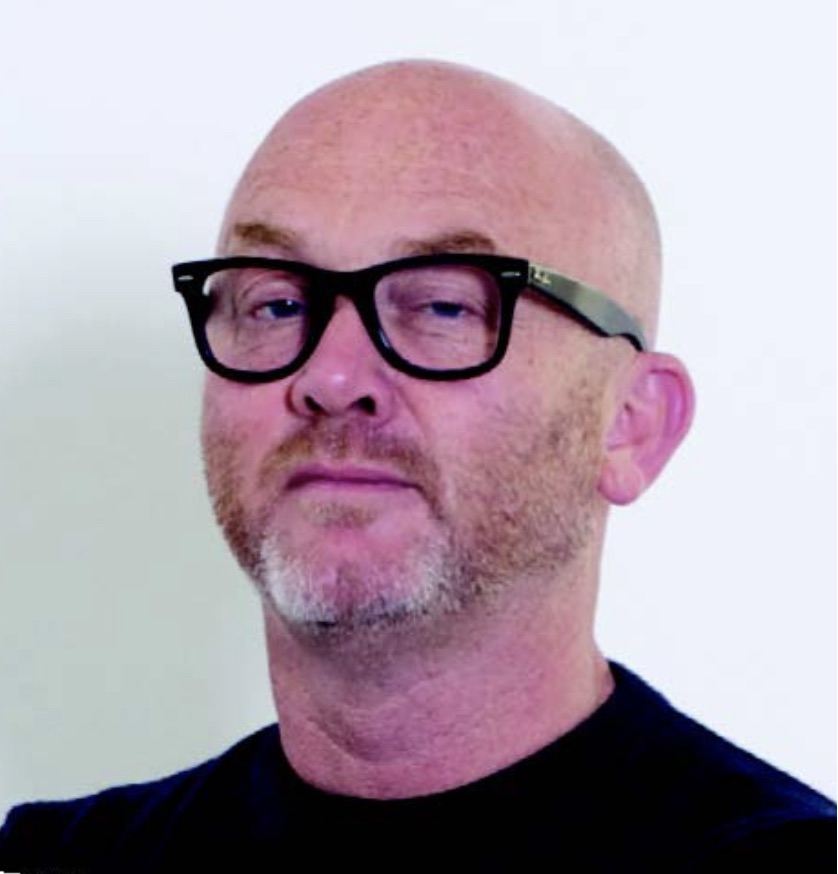 Drew Pritchard, star of TV’s Salvage Hunters reveals why he is such a devotee of Howard & Sons

From day one Howard & Sons was known as purveyors of the finest furniture in the country, At the time, you could buy bespoke and oneoff pieces from its legendary range.

Today, it has the same appeal: total quality and furniture built without compromise. But what it comes down to is Howard & Sons produces incredibly comfortable pieces of furniture.

While Howard & Sons’ furniture wasn’t really reproduced, some people did mimic them and occasionally dealers will try to pass them off as original pieces.

The basics to look out for are the stamp on the inside of the rear legs which should read: ‘Howard & Sons, Berners St.’. On earlier models the castors should read ‘Cope and Collinson’, and later models will have ‘Howard & Sons’.

Sofas should have a black timber stretcher visible underneath, even once finished. If possible, look out for remnants of the original H&S factory ticking.

Today, demand for Howard & Sons’ furniture is stronger than ever, with even the most mundane models fetching thousands of pounds. The most sought after pieces are late 19th-century armchairs and sofas, in particular my absolute favourite model – the Grafton.

The British market generally makes up 95 per cent of buyers, with a split down the middle between private clients and interior designers.

The factors determining the value of individual pieces are, firstly, the model, then it’s the size of the model as each one was made available in different sizes. As ever, provenance helps, but isn’t everything. Similarly, original condition is always good, but we tend to restore from the frame up.

Over-sized pieces in any model are highly sought after, as is anything that was a specialist piece, specially commissioned, and in its original fabrics or leather. The furniture is incredibly comfortable and I can’t get hold of enough. I have four, including two Grafton armchairs.

Man With a Van by Drew Pritchard is out now (Ebury Press, £16.99, hardback, plus audiobook and ebook). See his showroom at 9-13 High Street, Conwy, LL32 8DE or view online at www.drewpritchard.co.uk