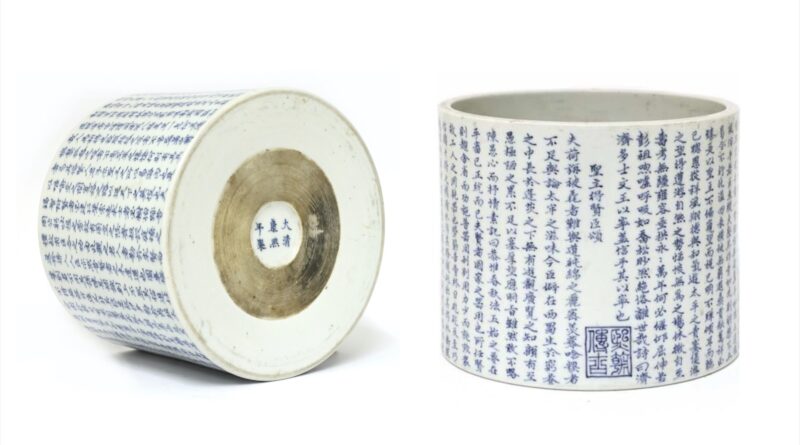 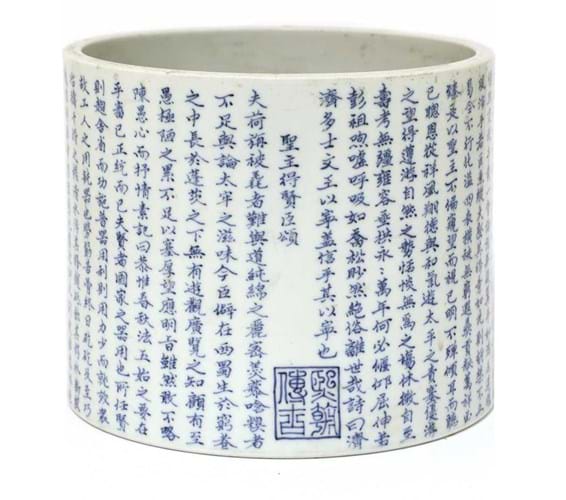 The pot of cylindrical form, sold at Sworders in Stansted Mountfitchet, was finely inscribed to the exterior with the text of the Shengzhu de Xianchen Song (Ode to the Finding of Virtuous Officials by the Divine Ruler) in kaishu script. The text was written by the Western Han poet Wang Bao (90-51 BC) for the Xuan Emperor (91-48 BC), in praise of the Emperor’s appointment and attainment of able ministers. 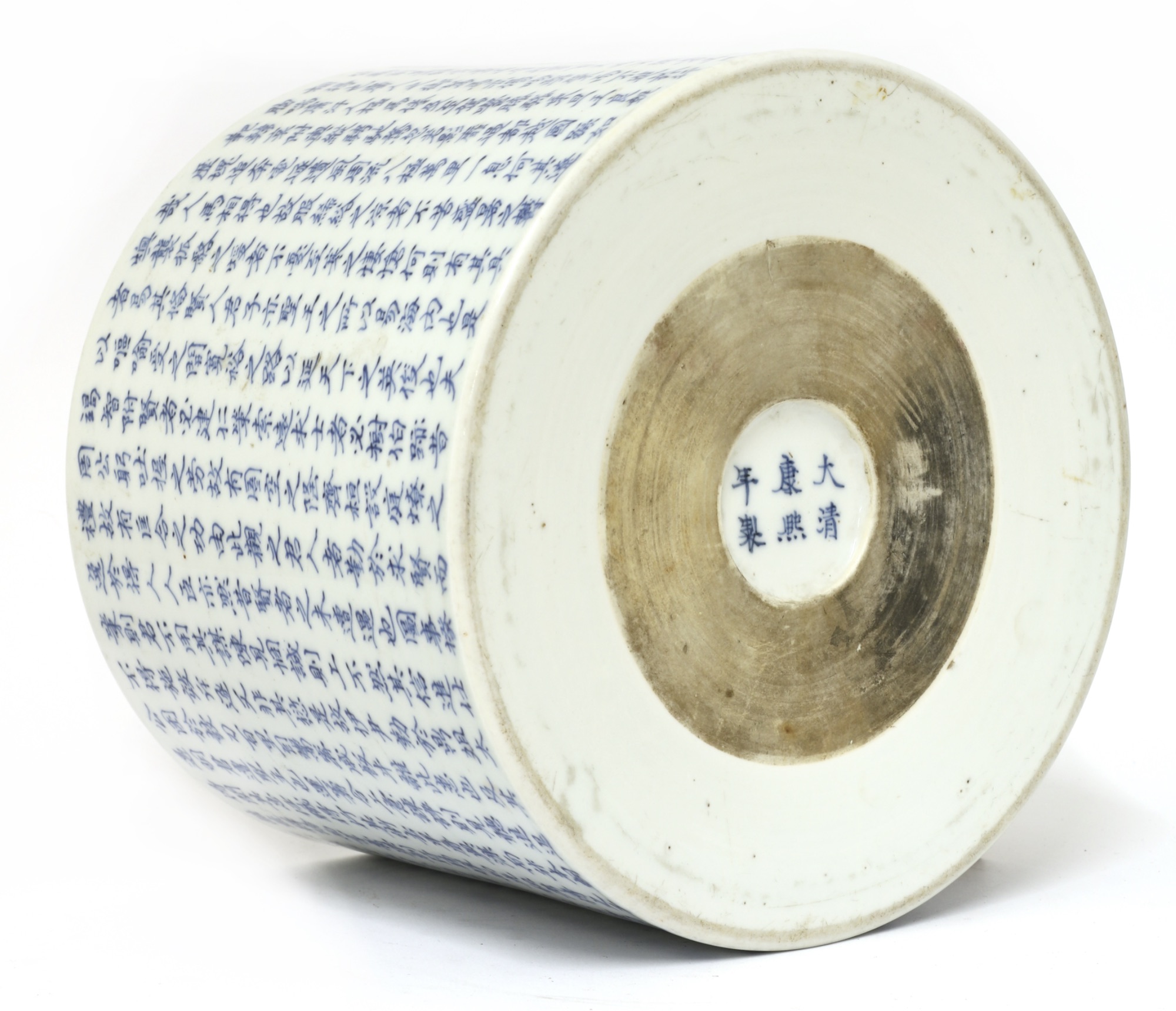 Finished with a seal mark reading Xi Chao Chuan Gu (Transmitting Antiquity from the Court of Kangxi), the base centred with a recessed circle enclosing a six-character Kangxi mark in underglaze blue.

The pot, which came from a private collection in Suffolk, measured 18.2cm diameter and 14.5cm high.