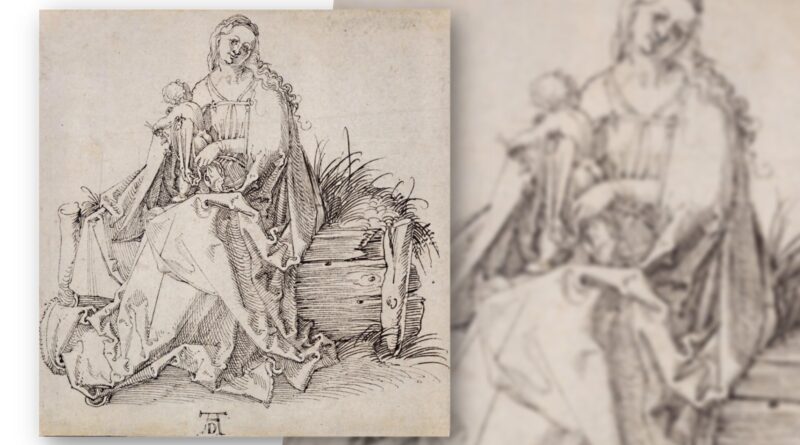 The London gallery Agnews has opened an exhibition entitled Dürer and His Time centred on a recently made important rediscovery of an unpublished pen and black ink drawing by Albrecht Dürer, The Virgin and Child.

The London based art dealer is now including it in an exhibition which looks at how this Renaissance artist was one of the pioneers of crafting a self-fashioned identity, or brand. The exhibition also includes the only copper engraving plate by Dürer known to exist, on loan from Stiftung Schloss Friedenstein Gotha, Germany.

The exhibition will be held at Agnews in St James’s from now until 12th December, and during London Art Week, 3rd to 10th December. 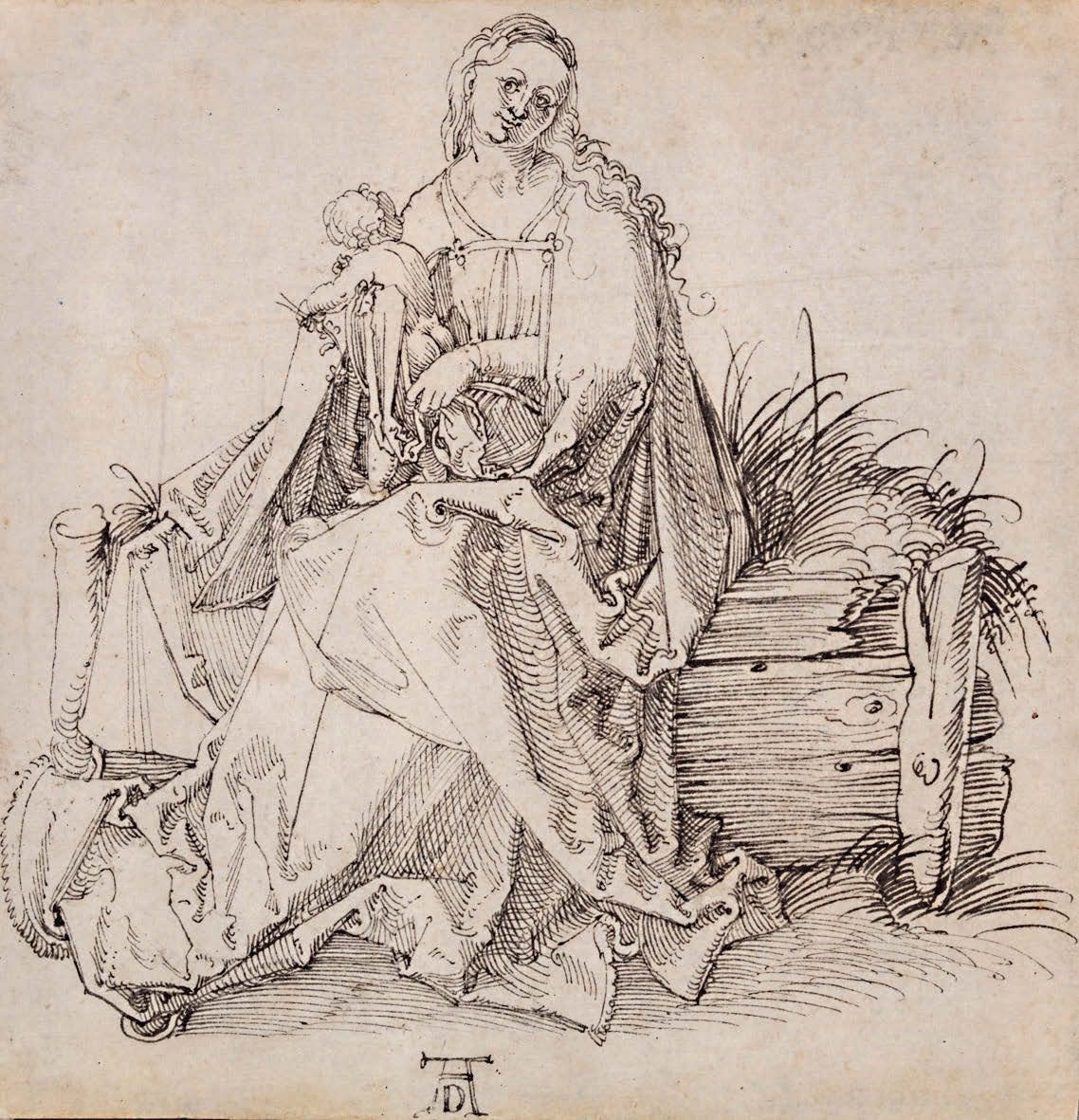 Albrecht Dürer (1471 – 1528) is regarded not only as the greatest German artist of his age, but also as one of the most important artists and intellectuals of the European Renaissance. His work was innovative, his output prolific, and his legacy immortal. Princes and emperors were among his patrons from an early age, and he engaged in discussions with scholars and artists from all over Europe.

He was held in unrivalled esteem by his fellow artists and in 1515, Raphael himself sent Dürer amajor sheet of his own red chalk figure studies. His travels opened new horizons for him and his art. In a remarkable synthesis, Dürer’s work and thought combined an inexhaustible capacity for introspection and a cosmopolitan attitude that was balanced by an active involvement in the social and cultural world of his hometown, Nuremberg.

The centrepiece of the exhibition is Dürer’s Virgin and Child, a newly discovered drawing that has never been exhibited before. Dürer’s legacy has been preserved and studied since his death in 1528, so unknown works are extremely rare. This exquisite drawing has been the subject of significant interest since its rediscovery.

Most notably the leading Dürer expert, Dr Christof Metzger, a curator at Vienna’s Albertina Museum, has resoundingly endorsed this as a ‘magnificent’ authentic Dürer, and will include it in his forthcoming catalogue raisonné to be published by Taschen in 2021/22.

Believed to have been executed around 1503, Agnews’ drawing is a highly finished study which Dürer may have used as preparation for one of his finest watercolours, The Virgin with a Multitude of Animals (1506) in the Albertina, Vienna.

The drawing will be joined by other pieces of Dürer’s own art, and that of his contemporaries, to contextualise the layers of the artist’s brand and his status during his lifetime. Agnews will provide another highlight by securing the loan of the only known Dürer copper engraving plate still in existence, his portrait of Philipp Melanchthon, from the ducal collection at Gotha. Agnews have also recently acquired an impression of the engraving of Melanchthon, made from this copper plate, which will also be on show. This will be the first exhibition in the UK to ever display the two pieces, plate and print, side by side together, and therefore presents a unique opportunity to explore Dürer’s craft.

The exhibition is completed with two other works for sale which put Dürer’s work into perspective. Christoph Amberger’s Portrait of Barbara Schwarz was commissioned in 1542 by her husband Mathias, an Augsburg accountant and a high-ranking servant to both the Fuggers and Emperor Charles V.

This painting elaborates on the patronage of the Fuggers and their artistic connections, as the family were staunch supporters of Dürer throughout his career, indeed the watermark on the paper of the Virgin and Child drawing is the same as the Fugger emblem of a trident and ring.

Dürer’s networks and travels will be represented by a Crucifixion by Jacob Cornelisz. van Oostsanen from 1507. During Dürer’s famous travels to the Netherlands, his diary entry from June 8, 1521 suggests that he may indeed have met with Oostsanen, and painted his portrait as a gift. Oostsanen’s importance as one of the great masters from the Northern Netherlands who laid the foundation for the flourishing success of Dutch art that followed is underscored by the fact that he is the earliest Amsterdam artist whom we know by name.

This piece relates to Dürer’s wider influence in the Netherlands, a subject which is well covered in the recent exhibition in Aachen Dürer was here: a Journey becomes a Legend that will subsequently open at the National Gallery in London on 18th November as Dürer’s Journeys: Travels of a Renaissance Artist.

Works by Dürer only appear with extreme rarity on the open market. Indeed, Dürer’s last important sheet, a landscape watercolour of Trento, was sold at the legendary Hirsch auction at Sotheby’s in London in 1978 for £640,000 (approximately $1,300,000). No other works by the artist of this importance have come to the market since and it remains to this day the highest price for Dürer at auction. A new benchmark for a drawing from the Northern European Renaissance was set at Christie’s New York in December 2018 when Lucas van Leyden’s cut-out study of a young man sold for £ 11,480,000. This now places a northern Renaissance work in second place as the most expensive Old Master work of art on paper sold at auction, after Raphael’s Head of a Muse, which sold at Christie’s London in 2009 for £29,000,000 ($48,000,000). Agnews are asking an eight figure sum for their Dürer drawing.

The exhibition is organised with the help of Giulia Bartrum, a leading authority on Dürer and long-time former curator of German Prints and Drawings at The British Museum, who retired after 40 years in 2019. The exhibition will be accompanied by a catalogue of original research from leading academics. There will be contributions from Angela Hass, Peter Van den Brink, and Angela Campbell, exploring themes such as representations of the Virgin and Child, discussion of the Fugger trident trade-mark and their copper mines, as well as Dürer’s influence outside of Germany.