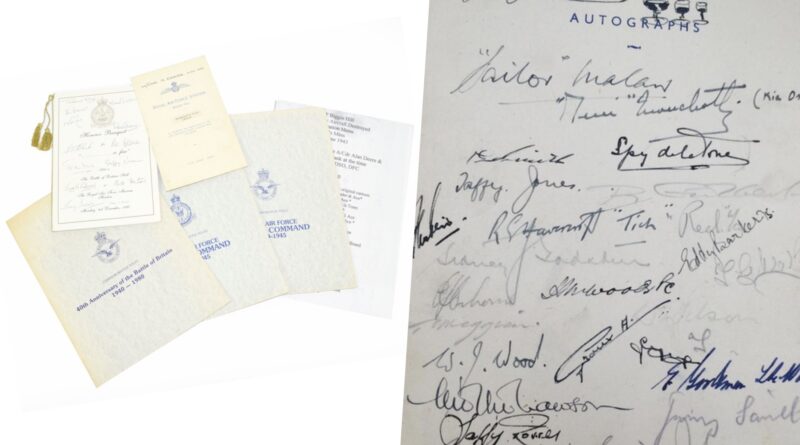 A signed menu from a WWII R.A.F. Biggin Hill dinner celebrating the destruction of the one thousandth enemy aircraft from the sector sold in a recent sale in North Yorkshire. 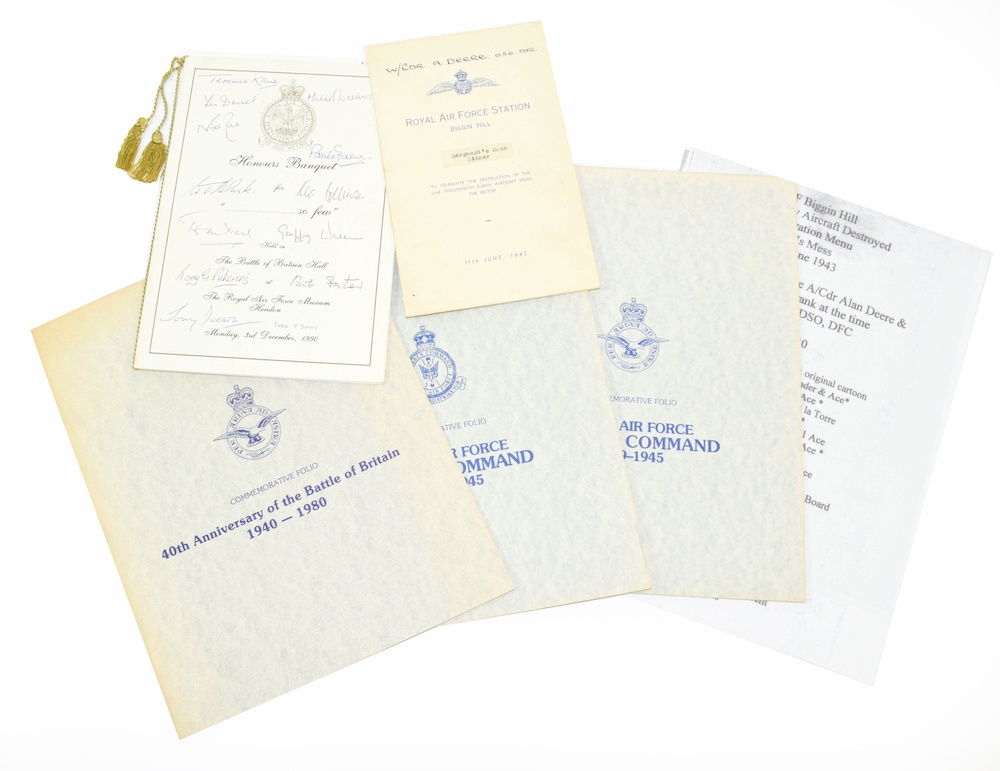 Tennant’s Auctioneers’ Militaria and Ethnographica Sale on December 3 saw the menu reach a hammer of £1,100. The Sergeant’s Mess dinner was held on June 11, 1943 and had been adorned with a signed ink cartoon sketch by French fighter pilot Pierre Costerman and signed by 29 pilots including Battle of Britain aces Sailor Malan, Irving S. Smith, Ralph ‘Tich’ Havercroft, T Higginson and French ace, Rene Mouchette. 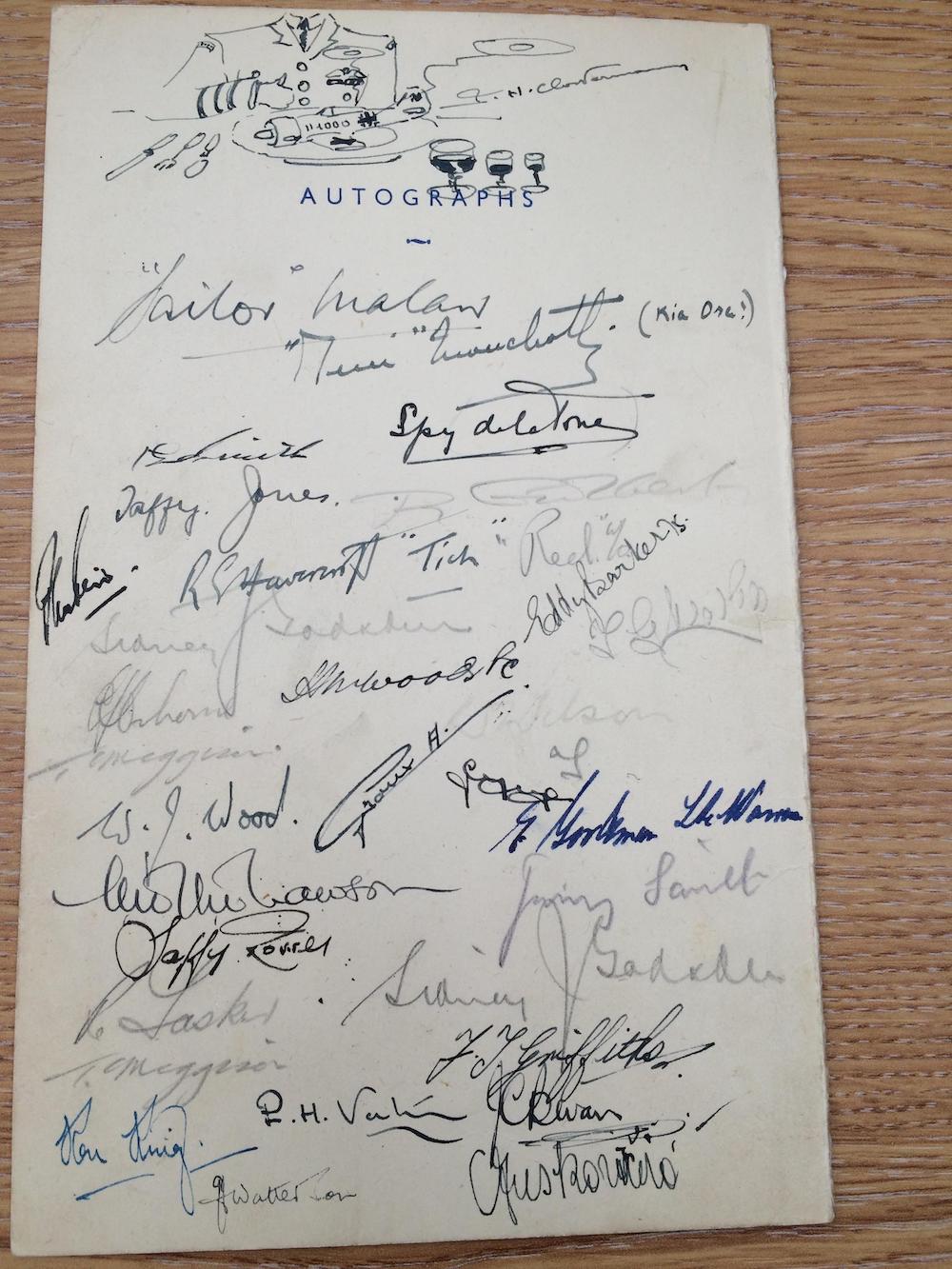 The top lot of the sale was an early 17th-century composite close helmet, which was possibly Flemish in origin, sold for £1,800. The helmet was engraved with bands of foliate strapwork, and comfortably beat its pre-sale estimate.  Drawing interest from American buyers was a late 19th-century North American Indian bandolier bag, possibly made by the Obijwe people, which sold for £1,600. The bag was collected by Captain Frederick William Heneage, prior to 1881, and was part of a small family collection of militaria in the sale. 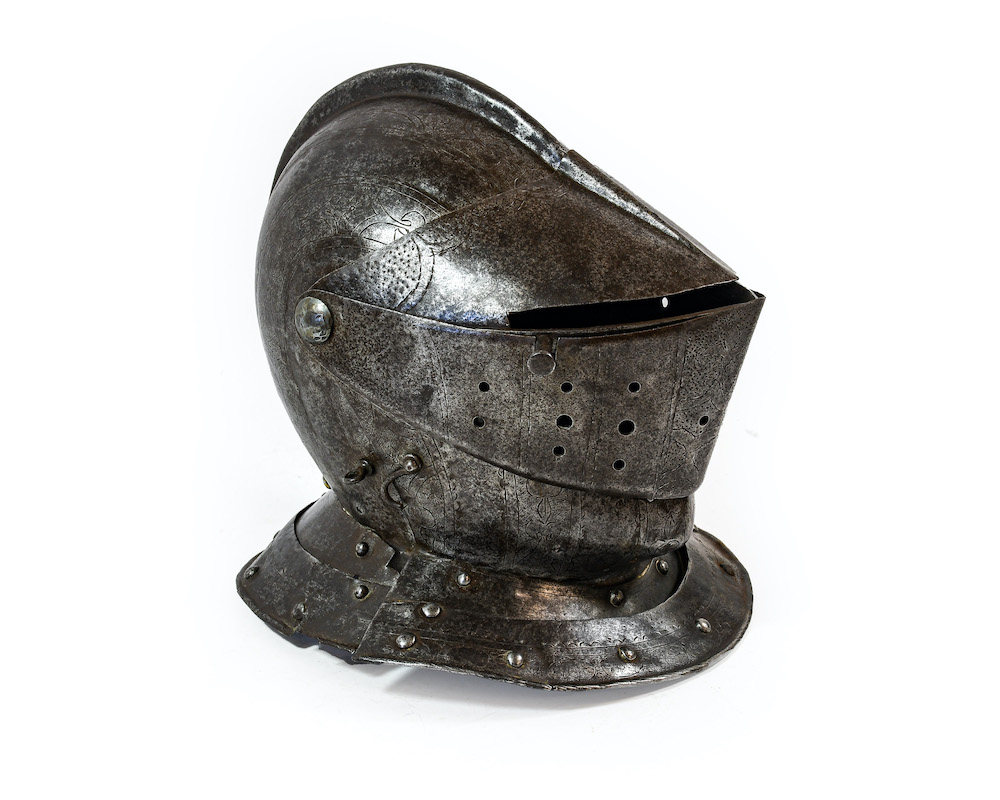 One of the highlights of the sale was a rare 17th–century Hounslow broad sword by Johann Kinndt, which was made circa 1640-1650, which sold for £1,400. Hounslow became a centre of sword manufacturing from the early 17th  century, populated by highly skilled craftsmen from Germany. The area became known for high quality blades. The present lot has been inspected by Philip Lankester of the Royal Armouries at the Tower of London and John Tofts White, who was a renowned expert on Hounslow sword manufacturing in the 17th century. Hounslow broad swords by Kinndt (sometimes anglicized to John Kennett) are rare, but two examples are held in the collection of the V&A.

Exceeding expectations to sell for £750 was a First World War Pair awarded to Private David McKinley of the Gordon Highlanders. Included in the lot were his dog tag, a silver cigarette case, a Red Cross Society War Service medal, a Glengarry cap and a Tam o’Shanter cap with badges, a portrait photograph of McKinley and a quantity of ephemera. The lot had been consigned by McKinley’s son.