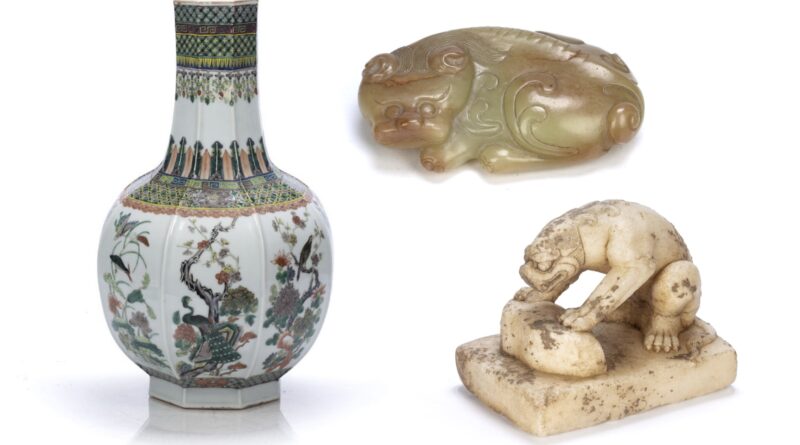 A mythical Chinese lion was one of the highlights of a recent two-day Asian and Islamic Art sale in Cheltenham. Dating from the Tang dynasty, it depicted a crouched animal with its front paws resting on a rock, and sold to a UK  bidder for £4,400, almost 50% above its top £3,000 estimate. 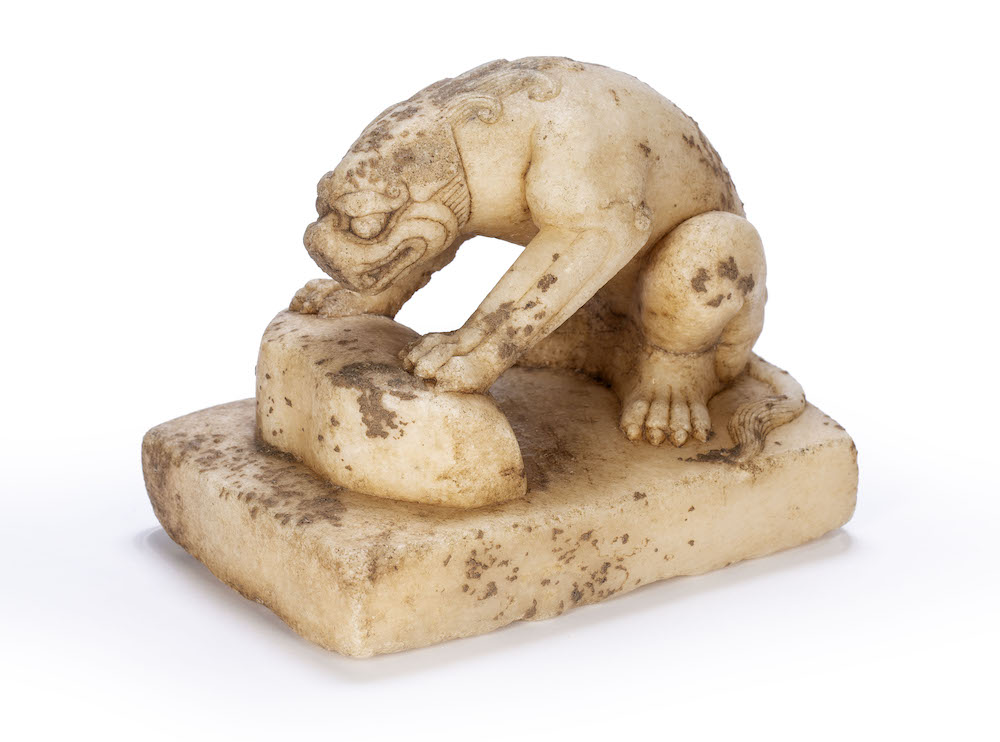 Day one of the sale focused on Chinese art, and a Tang style jade pebble with greyish green and russet markings soared well above its top estimate of £1,000. Carved as a mythical, reclining lion-like beast and dating from the late Ming dynasty, it saw a number of interested parties fighting to secure the lot, eventually selling to a UK telephone bidder for £11,500. 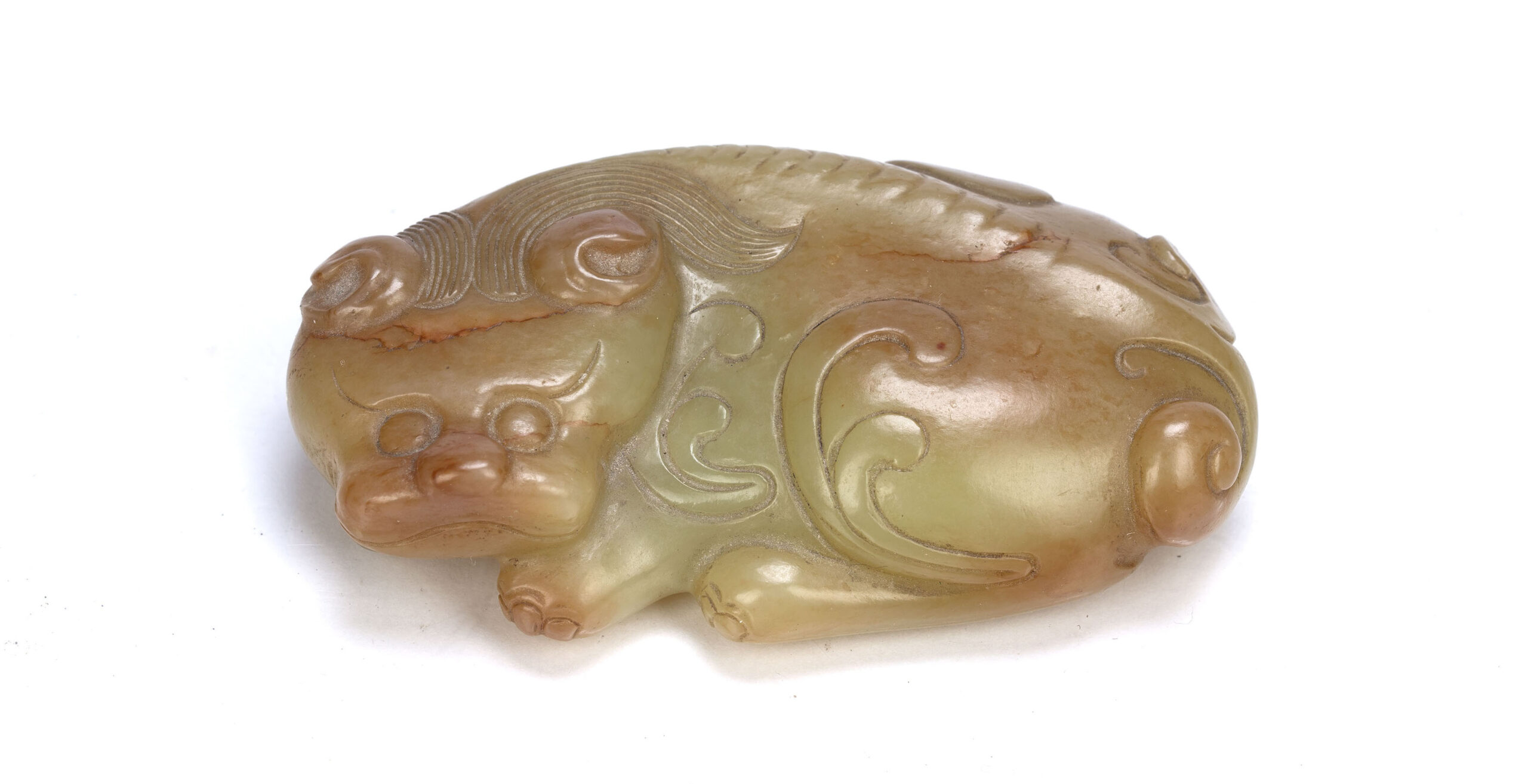 Also sparking interest was a Chinese hardwood altar table, in the Ming style with fluted supports. It quickly passed its conservative £300-£400 estimate with the hammer falling at £9,400, the winning bid from an overseas bidder. 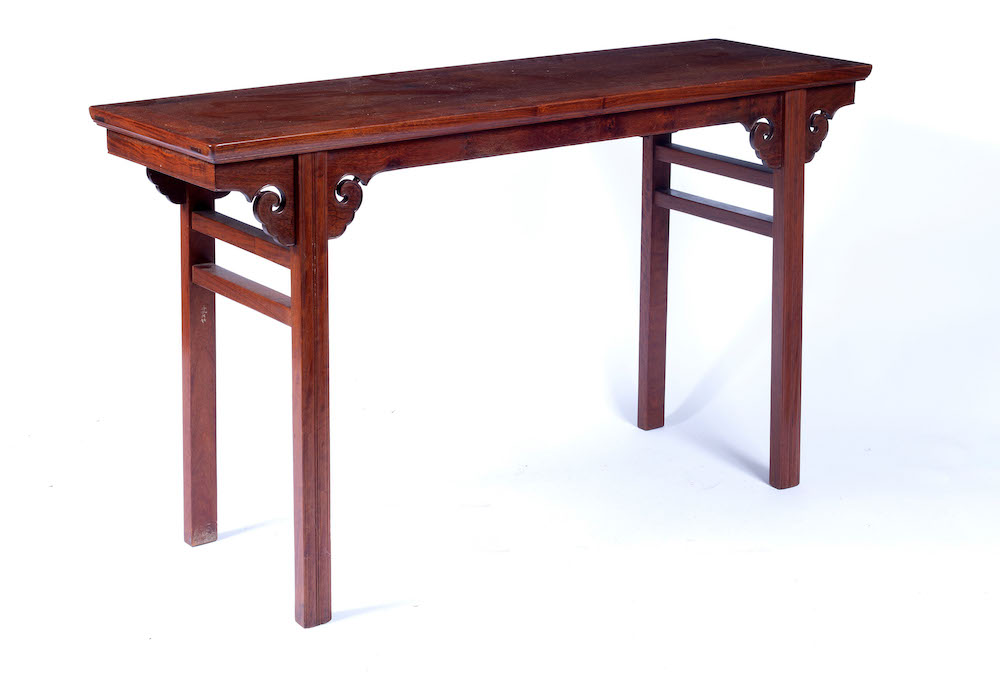 Mallams had several examples of famille verte porcelain, renowned for its unique iridescence, in day one of the sale. One examples was a 19th-century Chinese famille verte octagonal vase featuring panels of exotic birds resting on flowering branches and a blue four-character Qianlong mark. Standing at 45cm high it was estimated at £400-£700 but was highly contested, eventually going for £3,600. 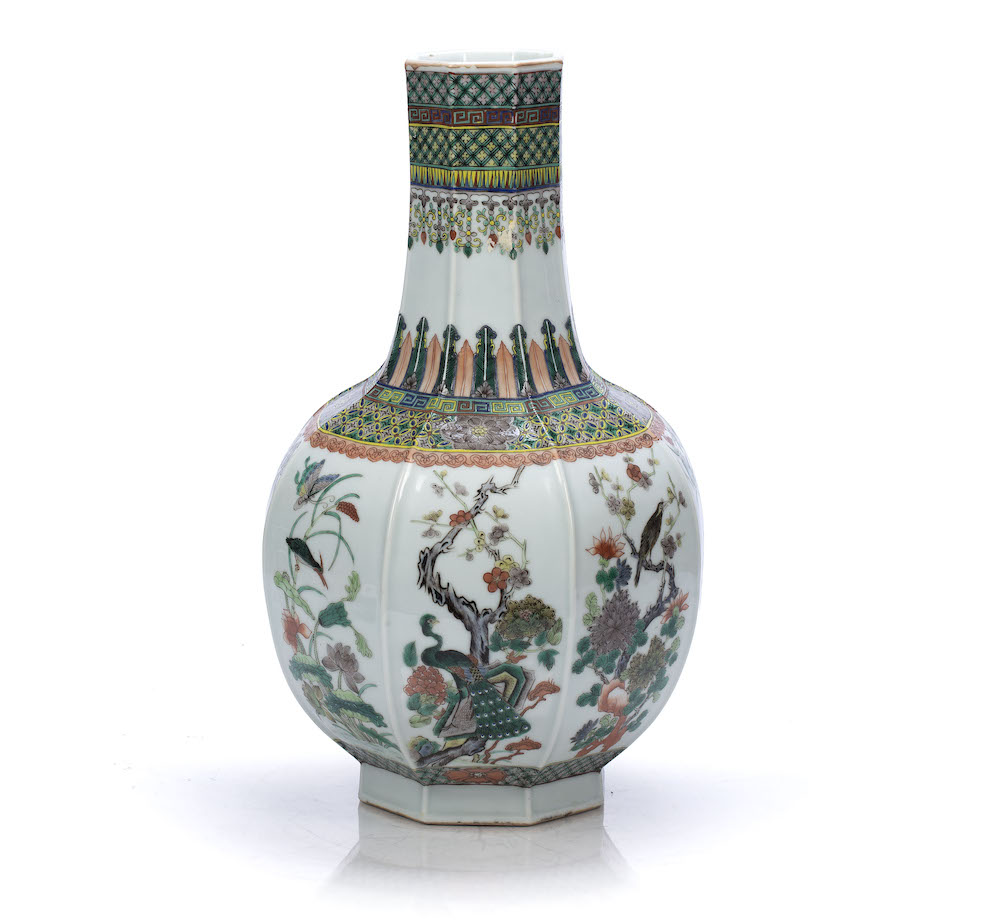 A much older example of this type of porcelain, dating from the Kangxi dynasty (1662-1722) was also featured in the sale. This famille verte dish, painted with courtly ladies and a cat chasing a mouse provoked a bidding battle between online and phone bidders with an overseas telephone bidder claiming victory with a winning bid of £3,400, almost three times top estimate.

Day two of the sale featured Japanese, Islamic and Asian Art, and the top performing lot was a 17th-century, Korean, Tang style gilt bronze figure of Buddha, estimated at £400-£700. Coming to Mallams from a private English collection, it was a European bidder who placed the top bid of £5,000.