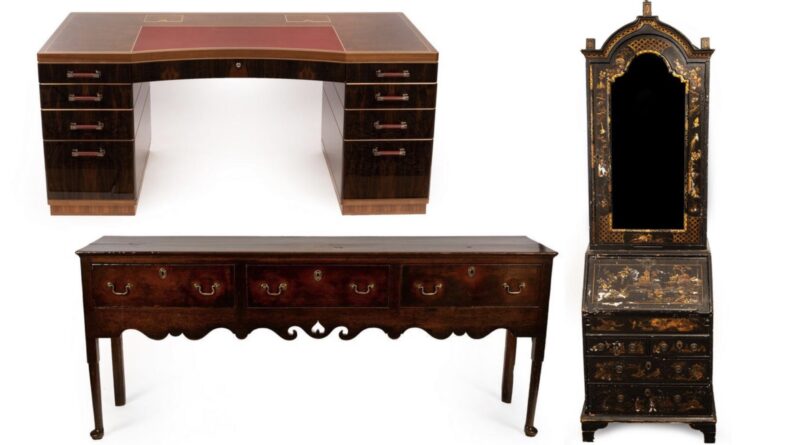 A David Linley walnut, rosewood and sycamore strung pedestal desk was the top lot in a recent Fine Art & Antiques and Jewellery & Silver auction in Gloucestershire.

The handsome desk was commissioned from Linley approximately five years ago and while items by the designer do not always perform well on the secondary market, this example saw strong competition push it all the way to a hammer of £10,500. 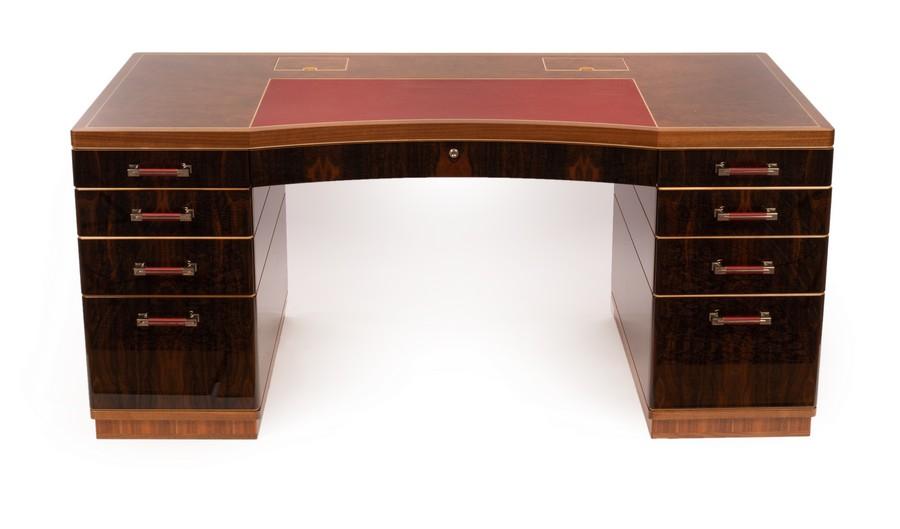 A selection of 100 lots from the estate of Baron Charteris of Amisfield was well viewed by collector’s and royal watchers alike prior to the sale. Martin Charteris was a British Army officer and the longest-serving Assistant Private Secretary to Queen Elizabeth II, becoming her principal private secretary in 1972.

Charteris was one the Queen’s favourite courtiers (a point that has been reiterated in the popular Netflix tv series The Crown). On retirement from his role in 1977, the Charteris family moved to the Cotswold village of Wood Stanway; the following year Lord Charteris was appointed Provost of Eton College; a dutiful servant in that role, retiring in 1991.

The Charteris items were led by a narrow chinoiserie decorated bureau bookcase, with the piece being a good size and highly decorative it was always likely to attract attention from collectors and interior designers, and despite needing careful restoration it achieved £4,000.

Other results among the Charteris items included £1,900 hammer for a slipware dish of the type prized by interior designers, and £650 for a group of school photographs of The Eton College Political Society, featuring Boris Johnson & Jacob Rees-Mogg. 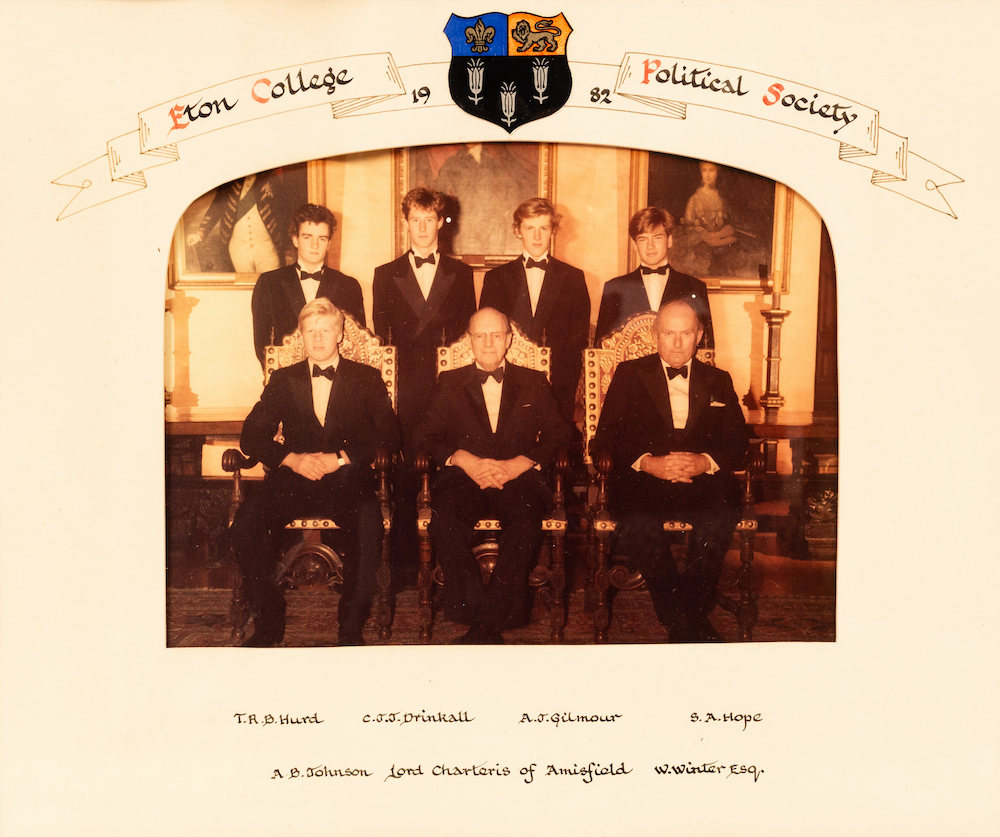 People love an auction ‘sleeper’ and on this occasion a pair of Zsolnay porcelain chargers proved to be one of the surprises of the day. Prior to the auction the number of bidders registering from Hungary gave the first clue and sure enough the pair exceeded their £400-600 estimate eventually knocking down for £7,000.

A good private collection of rocking horses included an early 20th century example by F H Ayres; this horse featured in the book ‘A Kiss of Rocking Horses’ by David Kiss and galloped off to £6,500.

“With a varied sale including items from the estate of Baron Charteris of Amisfield, it was heartening to see such strong results. Jewellery, Asian art and paintings all continue to perform well but it was pleasing to see some bullish prices for good English antique furniture,” said Thomas Jenner-Fust, Chorley’s Director and Auctioneer.