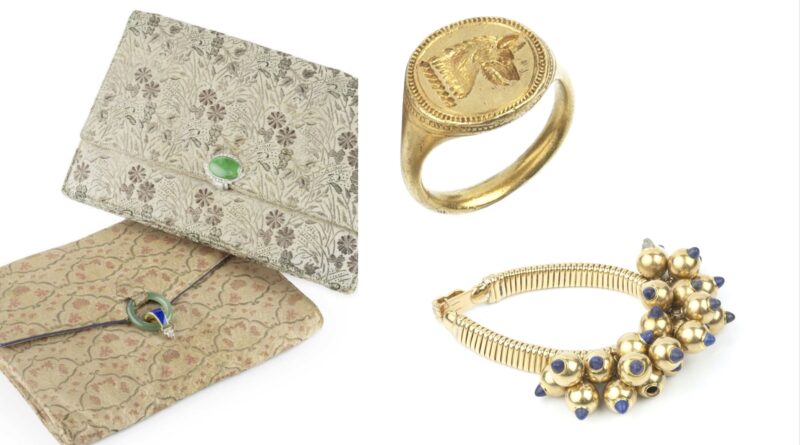 An Oxford sale room reported robust bidding, particularly for jewellery, in its recent sale of jewellery, watches and silver.

Mallams’ sale achieved over £406,000, with a number of lots selling above estimate.

A conservatively estimated lapis lazuli-set bracelet proved highly popular, with a bidding battle taking the hammer to £13,000, with the successful winning bid coming from a UK buyer. Of gaspipe-link design and with a fringe of yellow precious metal beads with conical lapis lazuli terminals, it was estimated at £500-£700. 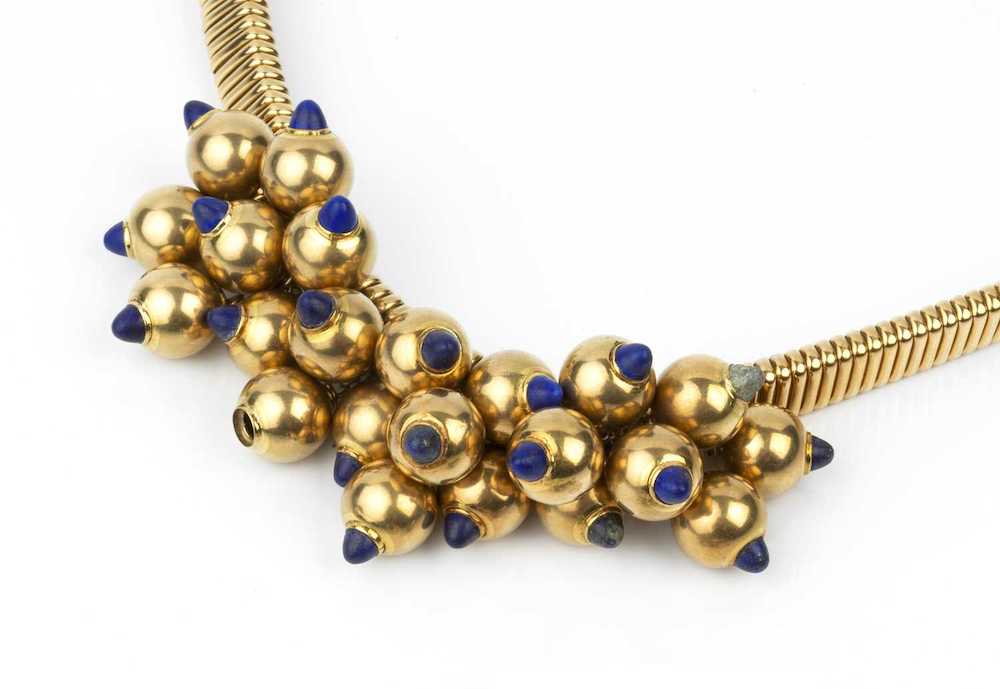 Elsewhere, an antique gold seal ring with dog’s head crest, was also much admired, soaring way above its £500-£700 estimate to sell for £11,000. Louise Dennis, Mallams’ jewellery specialist, said: “It is likely that this seal ring was of considerable age, possibly 17th or 18th century in date, and therefore quite a rare piece, which resulted in competitive bidding on sale day”. 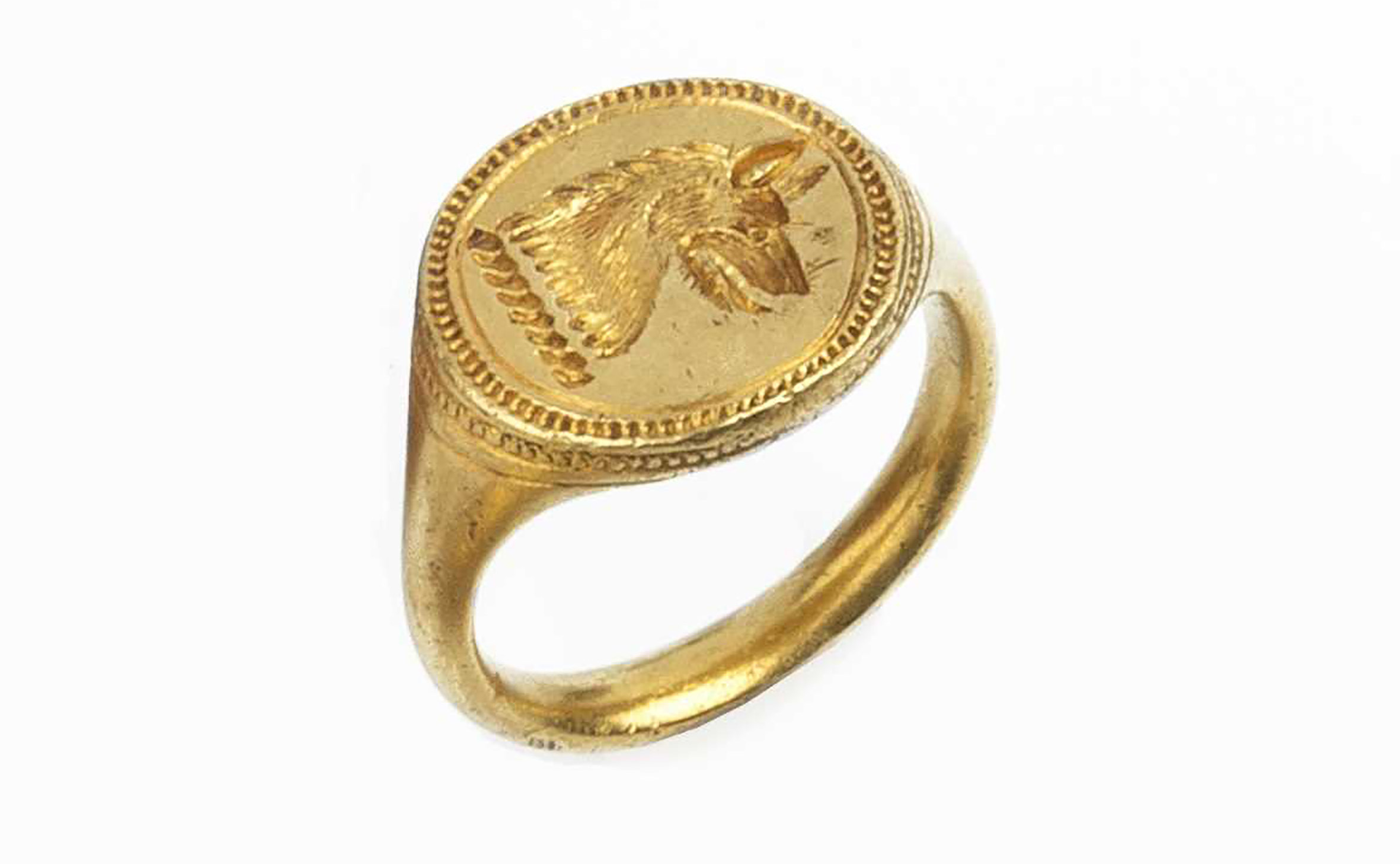 A late Victorian diamond heart pendant, achieved a hammer price of £4,400 more than double top estimate and a late 19th century amethyst demi-parure, comprising a rivière necklace, a pair of bracelets and a cross brooch/pendant, also sparked interest, selling for £5,000 against an estimate of £2,000-£3,000.

Causing quite a stir amongst bidders, was a pair of cultured pearl cufflinks, reputedly once owned by James Bond creator Ian Fleming, and featuring a seemingly unsolved secret code to the reverse. These achieved close to four times top estimate with a hammer price of £4,400. 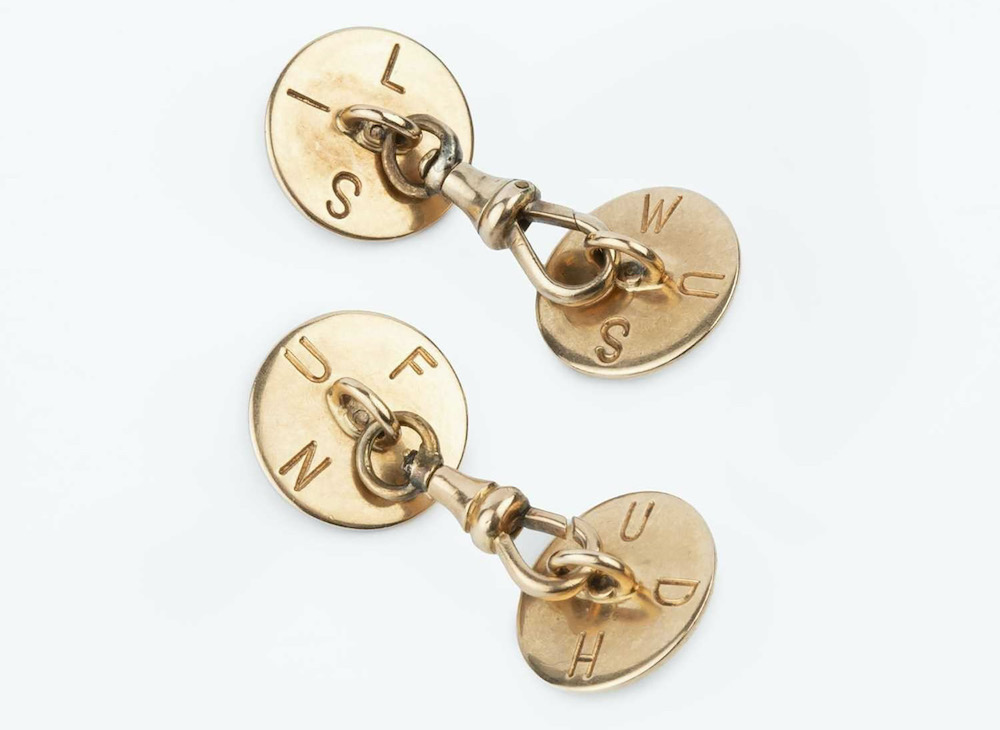 Also featured on day one of the sale was a duo of jewel-encrusted Art Deco evening bags, one by Cartier and the other one possibly by the same maker. These had a solid estimate of £3,500-£4,500 but outperformed expectations, with the hammer eventually falling at £9,000. 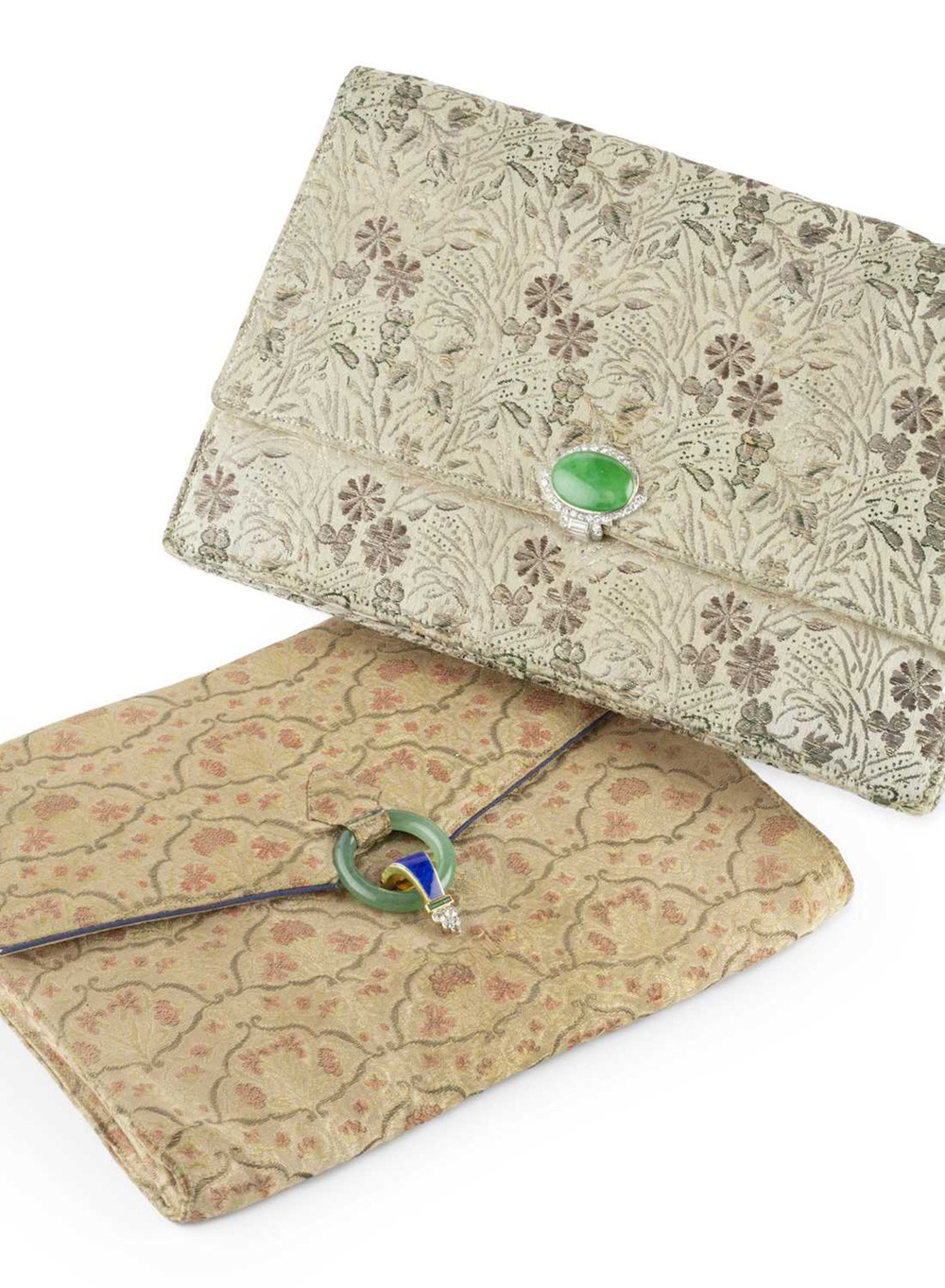 Day two of the sale focused on silver and objets de vertu and the highest price was achieved by a set of twelve George IV silver plates by Philip Rundell, London 1821, which sold for just under top estimate at £7,600. 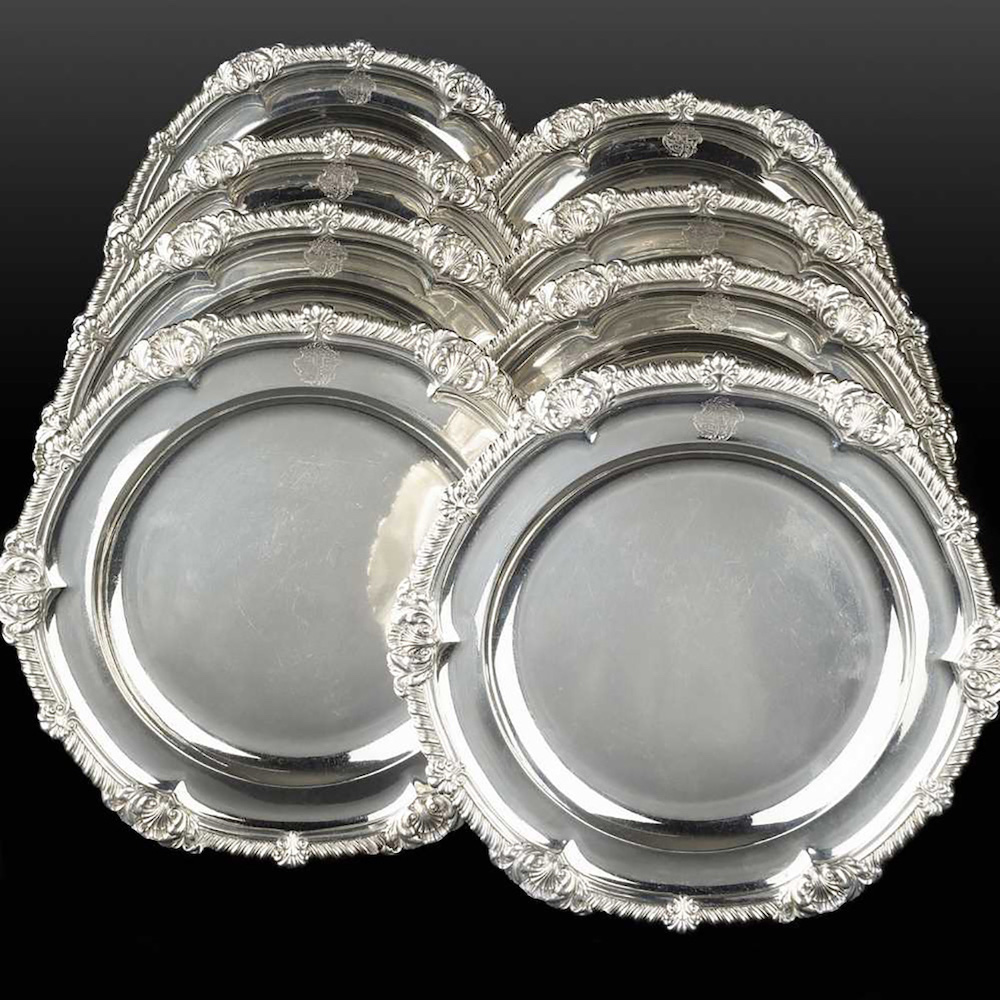 However, one of the top performing lots was an early Victorian silver vinaigrette, engraved to the top with a view of Cheltenham College. Estimated at just £150-£200, it was highly contested, with a final bid of £2,400 securing the lot.

A late 17th-century German silver gilt cup and cover, standing an impressive 50cm high, and with a Nuremberg town mark and maker’s mark ‘HB’, achieved a hammer price of £6,600 against an estimate of £3,000-£5,000, and a George III silver tea caddy with urn finial, sold for almost double top estimate at £2,200. 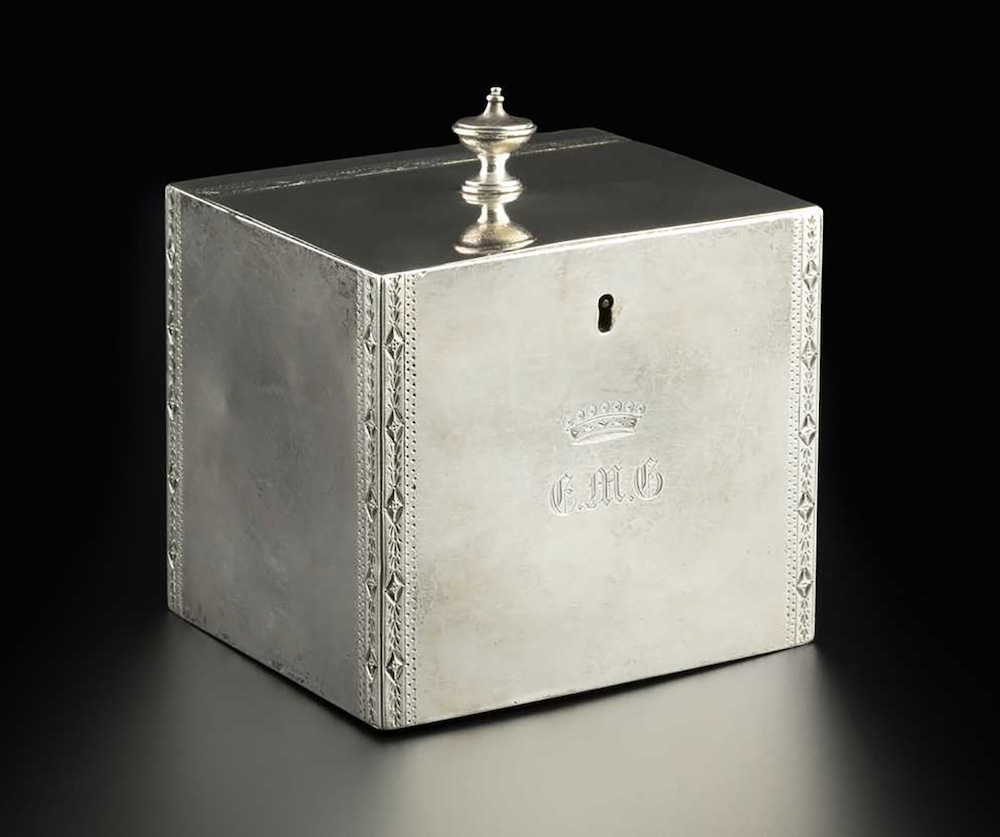