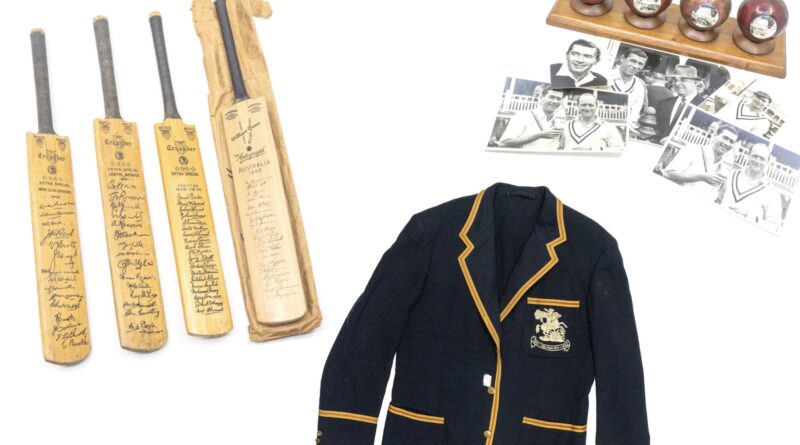 An England blazer worn by cricketing legend Derek Shackleton is among a rich archive of memorabilia – rescued from a wardrobe – which is set to delight sports fans at auction.

Hundreds of photos, cricketing attire and mementos relating to Yorkshire-born Shackleton (1924-2007), a Hampshire and England bowler in the 1950s and 60s, have been gathering dust in a family wardrobe for years. 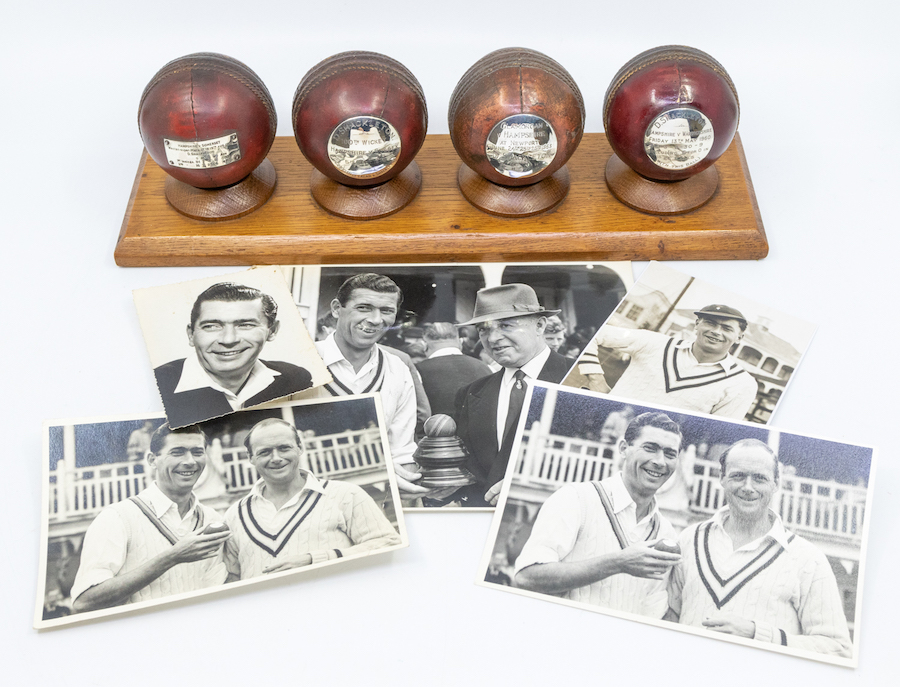 So, after much deliberation, his children have decided to celebrate their father’s sporting career by sharing his archive – unseen for decades – with cricket fans.  Derek’s son, Julian Shackleton, a former Gloucestershire professional cricketer, and daughter Caroline Raven, both from Dorset, will be offering the memorabilia in Hansons Auctioneers’ Cricket Auction on January 22.

Julian said: “Dad’s collection has been stuck at the bottom of a wardrobe for 10 years. No one has seen it or enjoyed it. I will be 70 next birthday and my sister is 67, we have no one to pass the collection on to and have been wondering what might happen to it.

“I’ve taken some of his things to The Dorset Cricket Society before now and gave some items to Hampshire County Cricket Club to display. But Covid shut the place down and everything got stuck in boxes. We decided the best thing to do was to offer dad’s memorabilia at auction. It gives us an opportunity to celebrate dad’s life and sporting achievements and his memorabilia can be bought and treasured by people who love cricket.”

Richard Madley, one of the world’s leading sports memorabilia auctioneers, said: “This is a fascinating cricket archive.  Derek was a highly regarded county and England player. He is one of Hampshire’s best-loved cricketing sons. The collection, which includes his England blazer worn on tours to India and Pakistan (estimate £400-£600) and more than 200 vintage black and white photos, should generate strong interest.” 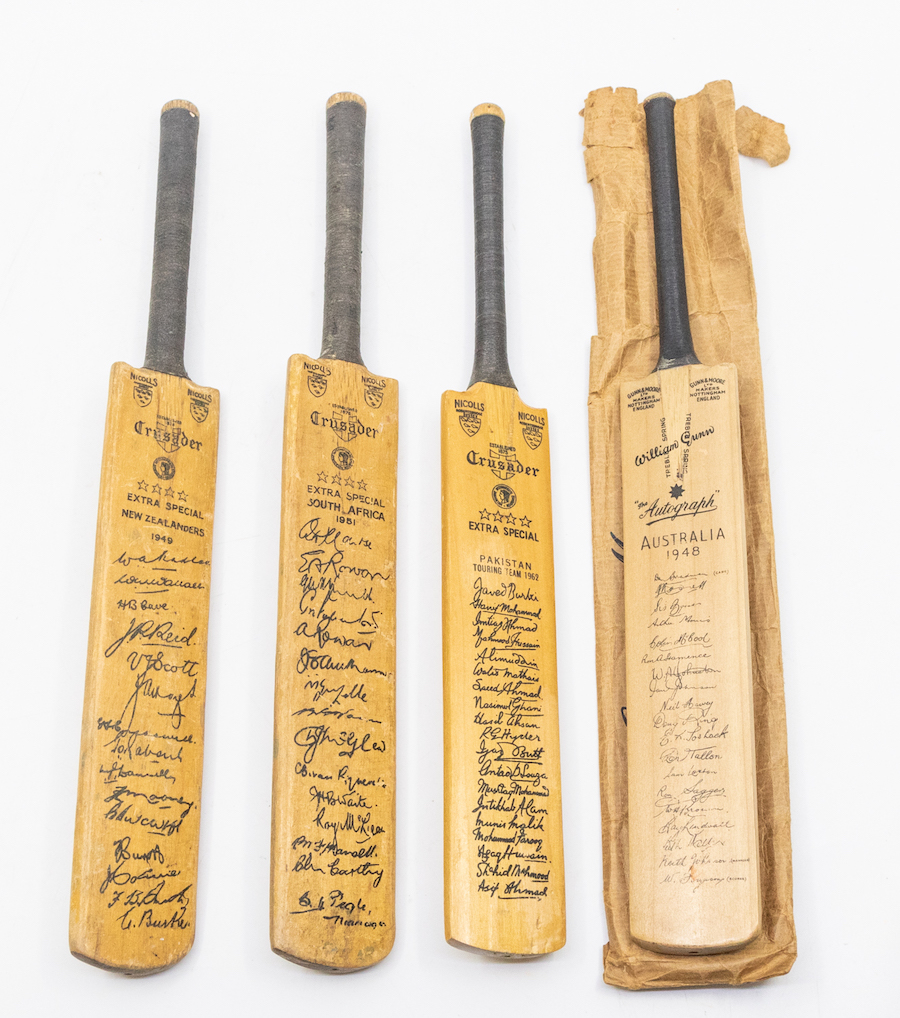 Derek took more than 100 wickets in 20 consecutive seasons of first-class cricket and played in seven Tests for England. He holds the record for the most first-class wickets taken by any Hampshire player.

“Playing seven test matches for England may seem rather modest but Derek was highly regarded,” said Richard. “For example, the late John Arlott, a renowned cricket commentator, rated him highly. A sale highlight is a copy of An Appreciation by Arlott, signed by the author. It has an estimate of £200-300. Shackleton’s MCC touring blazer is stunning and silver-mounted cricket balls, each celebrating a career highlight, are marvellous mementos of historic occasions in the game of cricket. 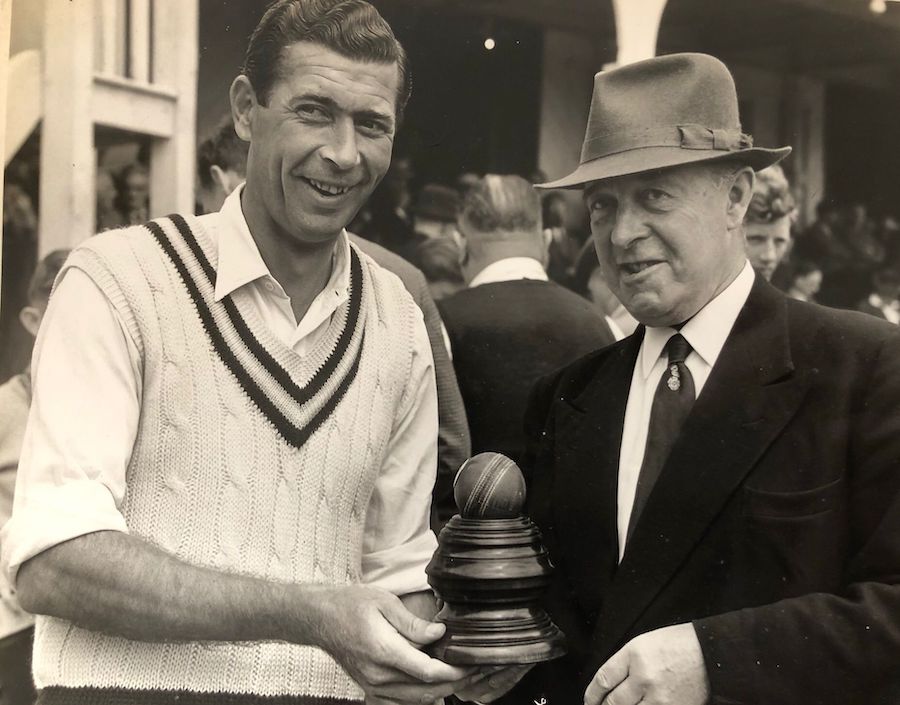 “This collection is destined to gain attention from Hampshire County Cricket Club and its fans, many of whom have enjoyed a game seated in The Derek Shackleton Suite in the club’s Ageas Bowl cricket ground.”

Shackleton began his career in the Yorkshire and Lancashire leagues as an all-rounder bowling some medium pace, but decided to concentrate on leg spin. He was also signed by Burnley FC as a goalkeeper.

He joined the Army in 1942, entering the Pioneer Corps, and played Services cricket and football. He was signed by Hampshire in 1948. Originally destined to be a batsman, he was encouraged to return to pace bowling.

Shackleton played his first Test against the West Indies in 1950.  After another successful season in 1951, he was chosen to tour India in 1951/1952. He was a Wisden Cricketer of the Year in 1959, and recorded his best innings figures, 9 for 30, against Warwickshire at Portsmouth in 1960. He bowled over 9,000 balls in the summer of 1961, spearheading Hampshire’s drive to their first County Championship win.

The Derek Shackleton is being offered in Hansons Auctioneers’ January 22 Cricket Auction.