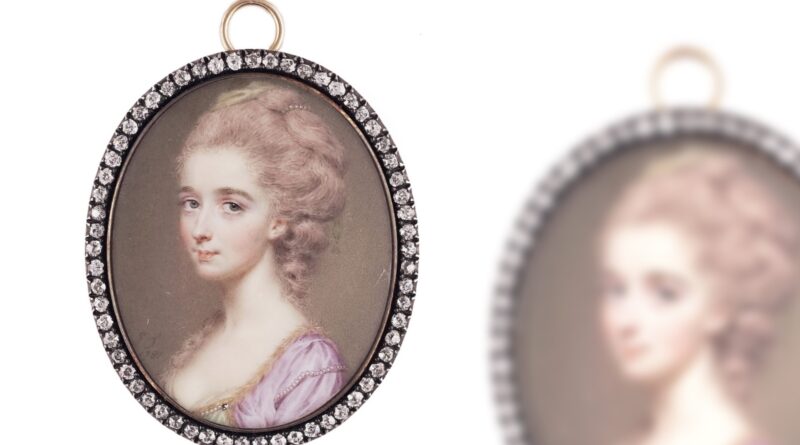 The collection of British film director, producer, and screen writer, Lewis Gilbert and his wife, Hylda, sold recently in a sale at Bellmans in West Sussex.

The Lewis & Hylda Gilbert Collection included some examples of outstanding works of art. Hylda Gilbert, who was born into a family of antiques dealers, had a wonderful collection of miniatures and they proved to be the highlights of the sale.

Among the Asian works of art collection was a Chinese jade double snuff bottle , formed as two conjoined rounded rectangular bottles carved with scrolls, it was estimated at £1,200-1,800, but sold for £3,000. A beautiful Chinese embroidered panel from a robe from the 19th century carried the same estimate but the hammer went down at £5,000, while a pair of Chinese famille-rose eggshell porcelain bowls from the 20th century made £2,000 against an estimate of £400-600 and a pair of Chinese cloisonné barrel shaped garden seats sold for £2,600.

An Italian micro-mosaic inlaid tortoiseshell snuff box from the second quarter of the 19th century, estimated at £300-500, sold for £4,000 to an Italian collector, while a George III silver-gilt mounted tortoiseshell tea-caddy sold for nine times its low estimate for £4,500. Other works from the collection that did well was a Vienna Historismus rock crystal and polychrome enamel pocket watch from 1900, although in the 17th century style, had been estimated at £80-120, but achieved £650 and a pair of gilt-framed sofas in the manner of Gillows from circa 1840 sold for top estimate at £5,000.

Highlights of the picture auction included three lots with works by the British women artist Winifred Strangman (1874-1955), sold by descendants of the artist. Each lot had been estimated at £200-300 and included three paintings each. One sold for £2,800 and the other two for £3,200 each.

Clocks did very well with the top lots both selling for £7,500. A fine and rare Rhodium-plated Atmos du Millenaire Atlantic model with 1,000-year calendar and moon phases by Jaeger-LeCoultre from circa 1999 had been estimated at £5,000-8,000 and an unusual early Victorian Mahogany Regulator by Barraud, London had carried an estimate of £2,000-3,500.

A 19th-century Continental tankard and cover was one of the highlights in the silver auction when it sold for £1,400, estimated at £500-800. It was beautifully decorated with a country scene, with a horse, a cow and sheep, two figures and with buildings beyond, the handle with a merry-making figure terminal, the finial to the lid modelled as a prancing goat. 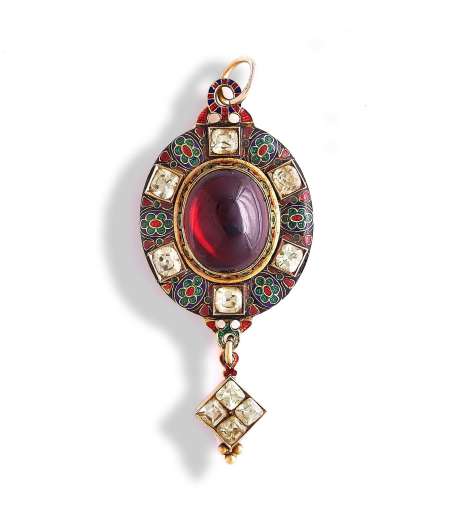 Among the jewellery a Victorian carbuncle garnet pendant in a Holbeinesque design sold for almost 13 times its high estimate at £3,800 and a stunning 1920s platinum and diamond double clip brooch in a geometric design achieved £4,500, against its estimate of £2,500-3,000.