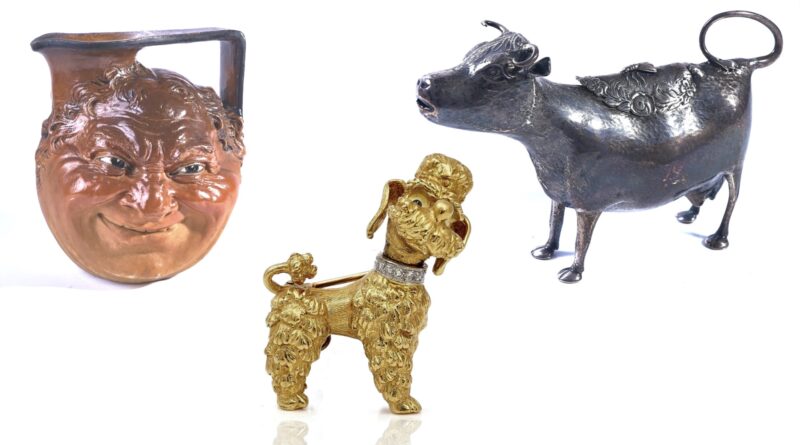 A George III silver cow creamer is one of the highlights of Sussex auction house Bellmans’ upcoming interiors sale, including silver, English and European glass and ceramics.

The creamer, made by John Schuppe in London in 1767, features a standing cow with engraved hair, sporting a cast central fly on the hinged lid and otherwise with a floral and scrolled foliate border. At 14.5 cm long and 9.5 cm high, it weighs 124 grams and is estimated at £2,000 – £3,000. 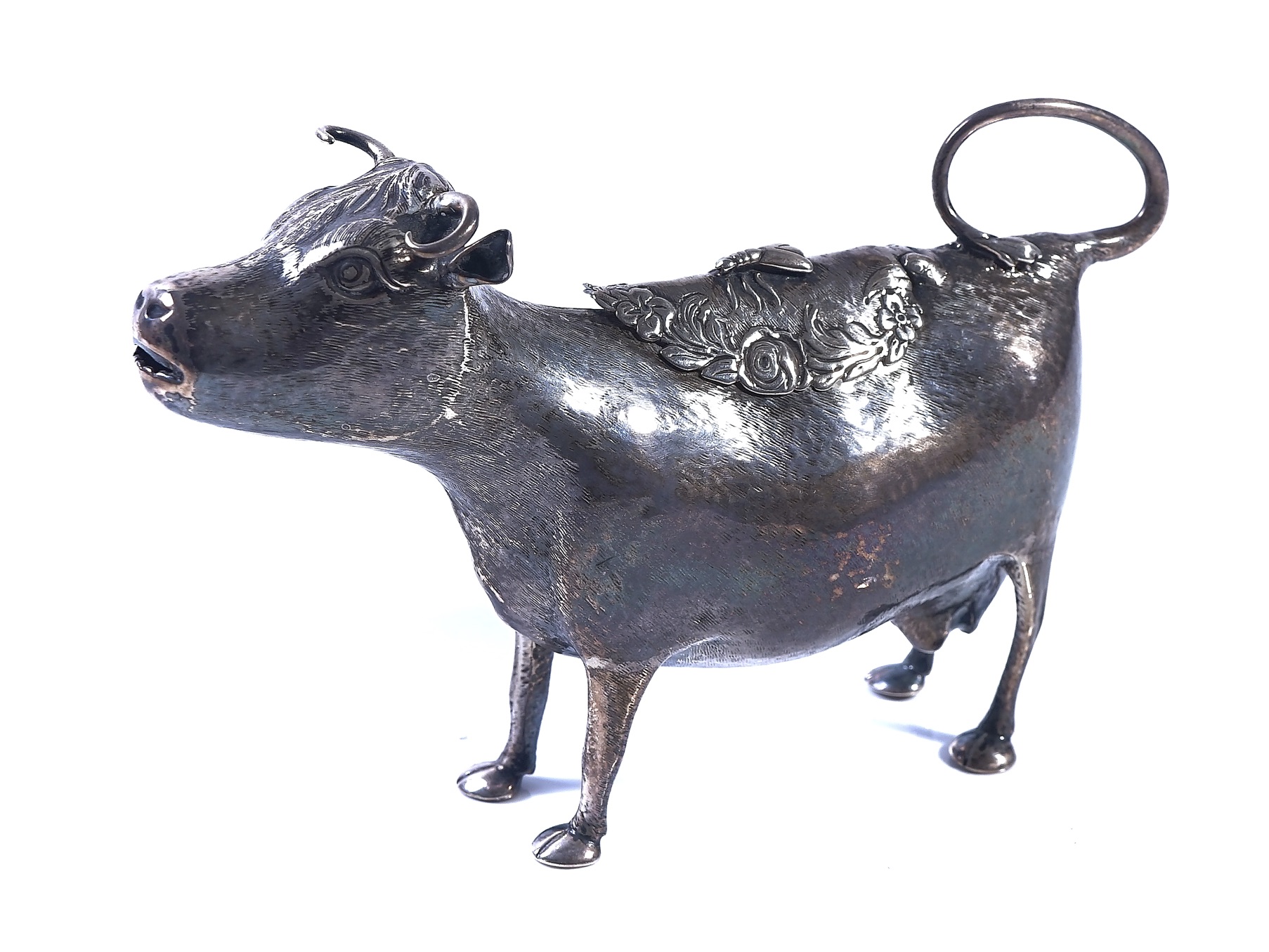 A tortoiseshell Royalist snuff box, decorated on the underside with a portrait of the crowned bust of King Charles I within an oval wreath surround, is offered together with an auction sale catalogue of the contents of The Grange, Levenshulme from May 1904 with an estimate today of £200 – £300.

A large Martin Brothers stoneware face jug, dated 1903, with one side modelled with a merry smiling face, the reverse with a face wearing a more thoughtful expression is also included in the auction. It is 21.5cm high and carries an estimate of £2,500 – £3,500. 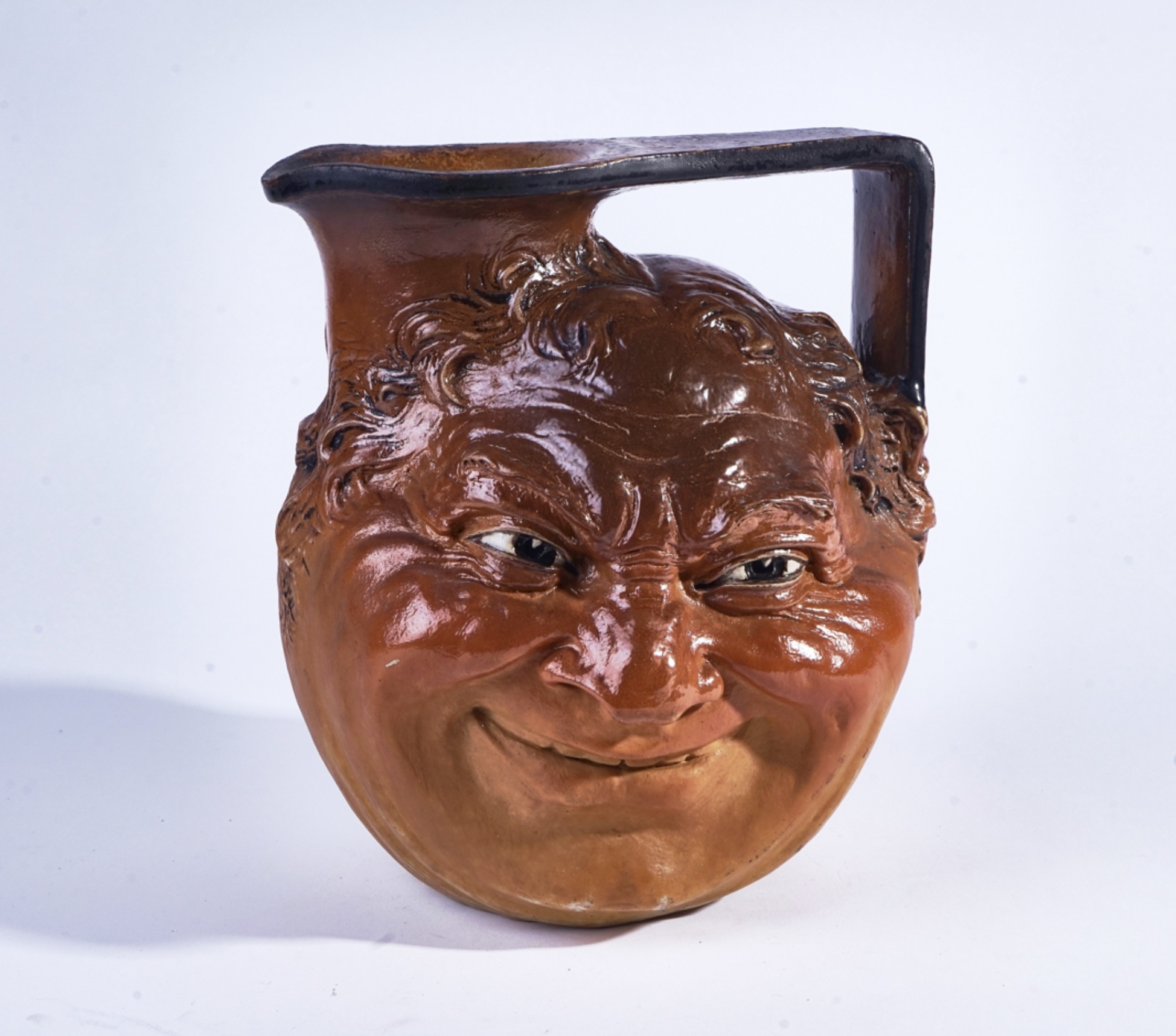 A collection of scent bottles is also offered in the sale. The rare gilt-metal mounted cut glass openwork crown scent bottles with stoppers were made in the early 19th century and are estimated at £300 – £500 each. One of note is 10cm high and has four straps cut with outer panels of raised strawberry diamonds, the two-colour gilt metal collar chased with coronets between roses, thistles and shamrocks with the stopper in the form of a Maltese Cross. 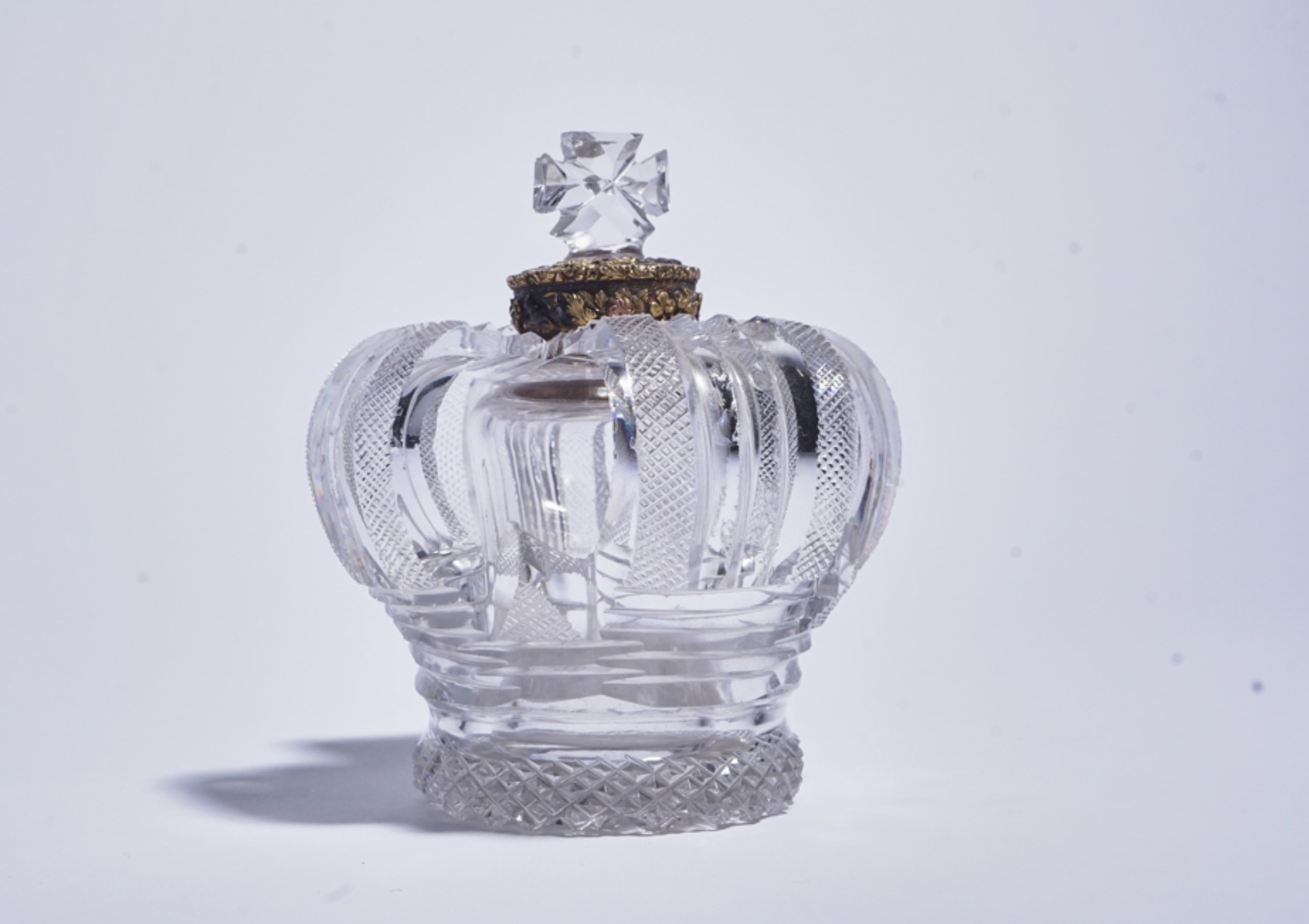 The jewellery part of the auction includes a 19ct gold brooch, designed as a standing poodle wearing a diamond set collar and is expected to fetch £500 -£700. 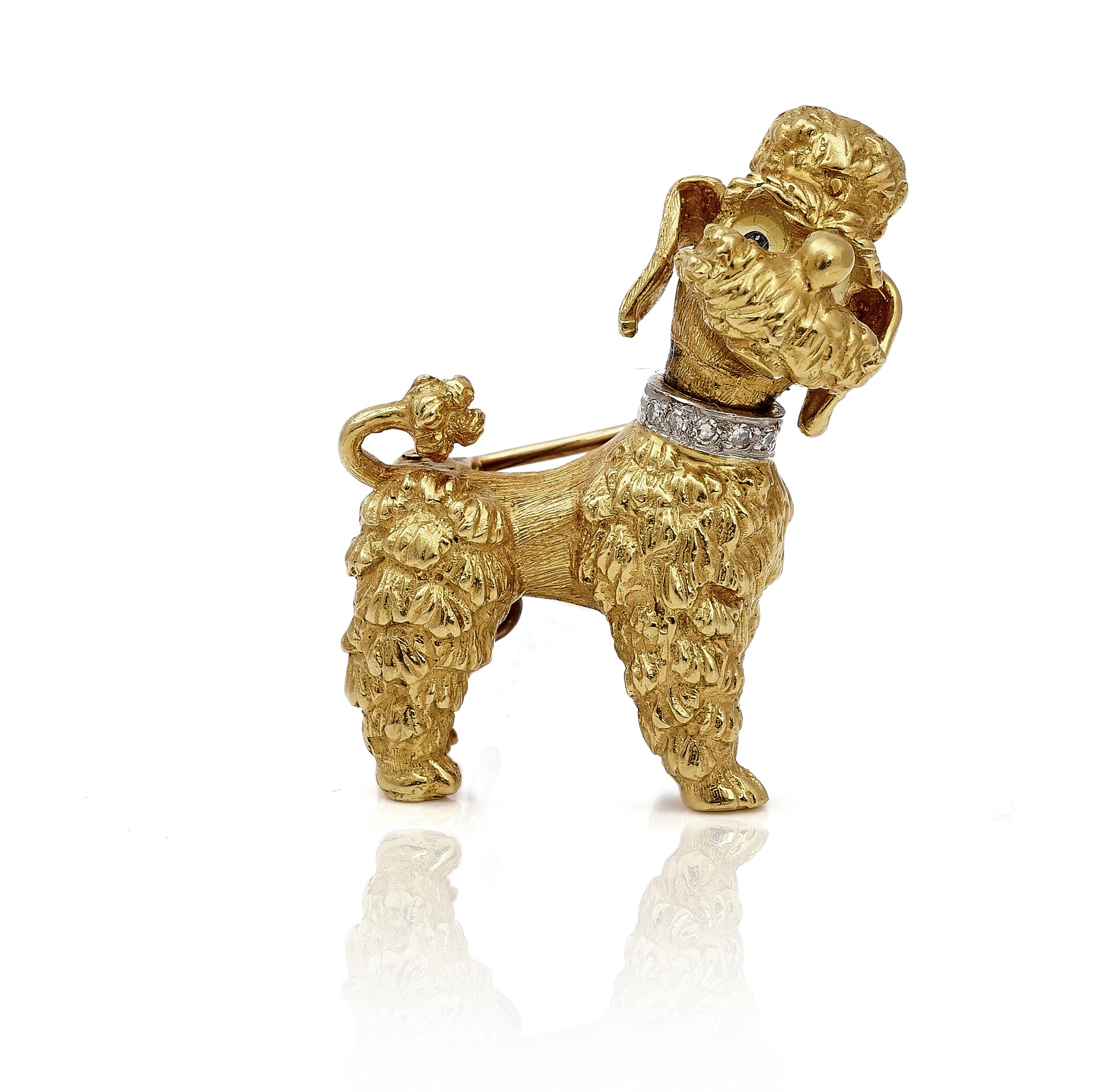 Elsewhere, a gold and topaz suite of jewellery comprises a necklace formed as a row of nineteen graduated oval topaz, a gold and topaz pendant brooch in a cruciform design and a pair of gold and topaz two stone pendant earrings. It was probably created in the second quarter of the 19th century and is estimated at £2,000 – £3,000.