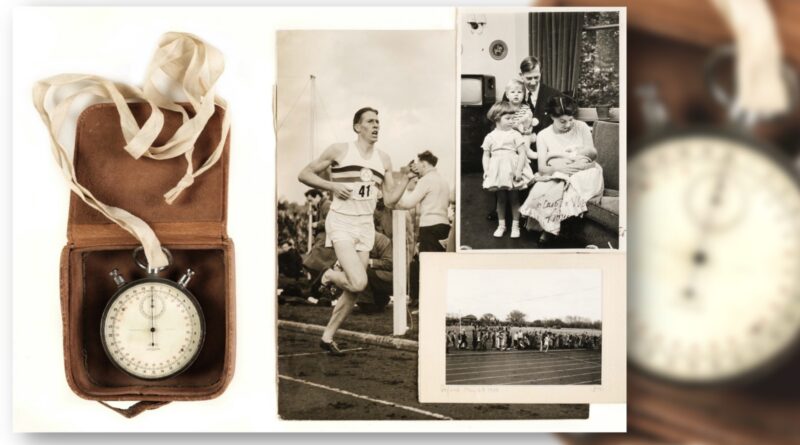 The stopwatch that recorded the world’s first sub four-minute mile set by the British middle-distance runner and neurologist, Sir Roger Bannister, on May 6, 1954, has sold for thousands in a recent sale at Dominic Winter Auctioneers in Gloucestershire. 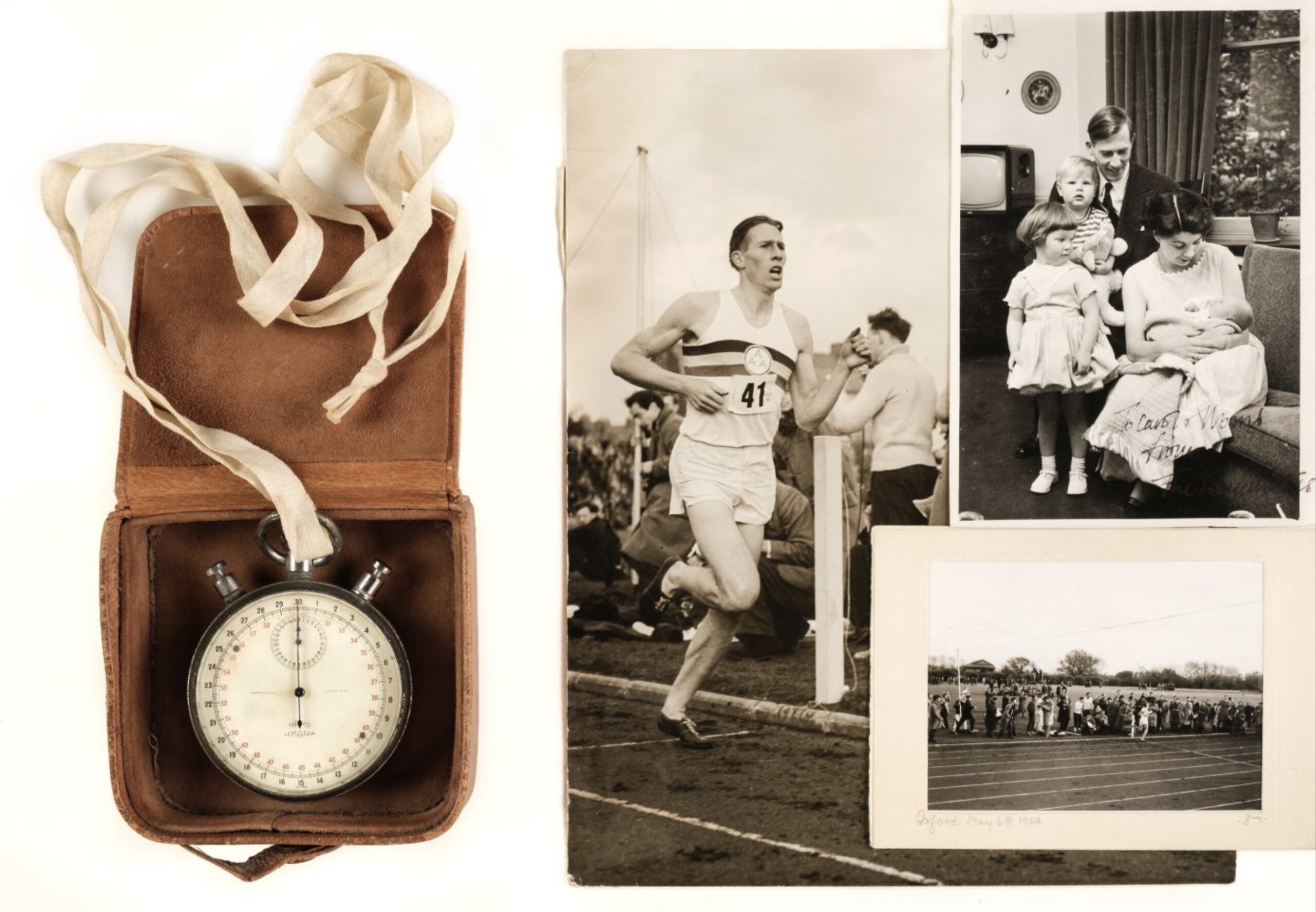 The non-running Nero Lemania stopwatch used by (unofficial) timekeeper and stadium announcer Norris McWhirter on the occasion of Bannister’s world record at Iffey Road, Oxford, sold for a hammer of £26,000.

The watch measures 8cm, has some rubbing and tarnishing, and was preserved in an old pigskin leather case. The lot was sold along with a small archive of related photographs and papers, including an image of Bannister crossing the line, one of the Bannisters with their three young children signed ‘To Carol & Norris, from the Bannisters’.

There was also two autograph letters signed from Roger Bannister to Norris McWhirter, and the latter’s carbon copy replies, dated May/June 1951. In one letter, McWhirter writes about the possibility of a sub-4-minute mile after watching Bannister in a race: “… Those blistering finishes must be extremely painful. I am convinced that the over-all output of energy comes very close to the magic four minutes”. 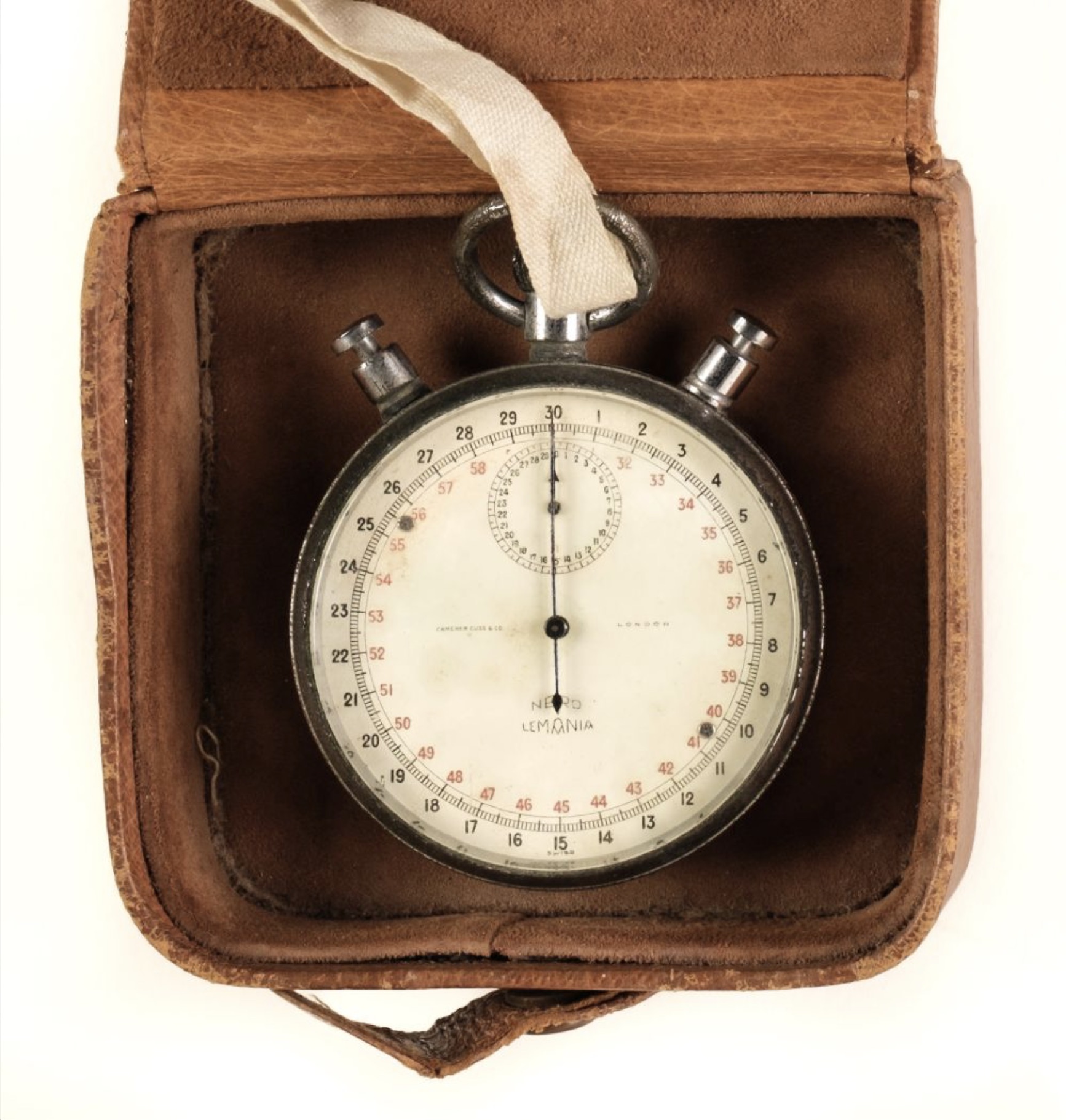 Norris McWhirter and his twin brother Ross were known internationally for the founding of The Guinness Book of Records, which they wrote and annually updated together for over two decades.

McWhirter came to public attention while working for the BBC as a sports commentator. On the day of Bannister’s record there were five official timekeepers: W.C.A. Findlay, C.S. Hill, R.G. Hudson, L.R. Richards and W.J. Burfitt, of which Hill and Burfitt’s stopwatches have previously been sold at auction. McWhirter, a close friend and training ally of Bannister, also kept time with the stopwatch offered here, and was the stadium announcer. In several known photographs of the race finish, McWhirter, wearing a white jumper and operating the stopwatch, can be identified standing amongst the excited huddle of other timekeepers. 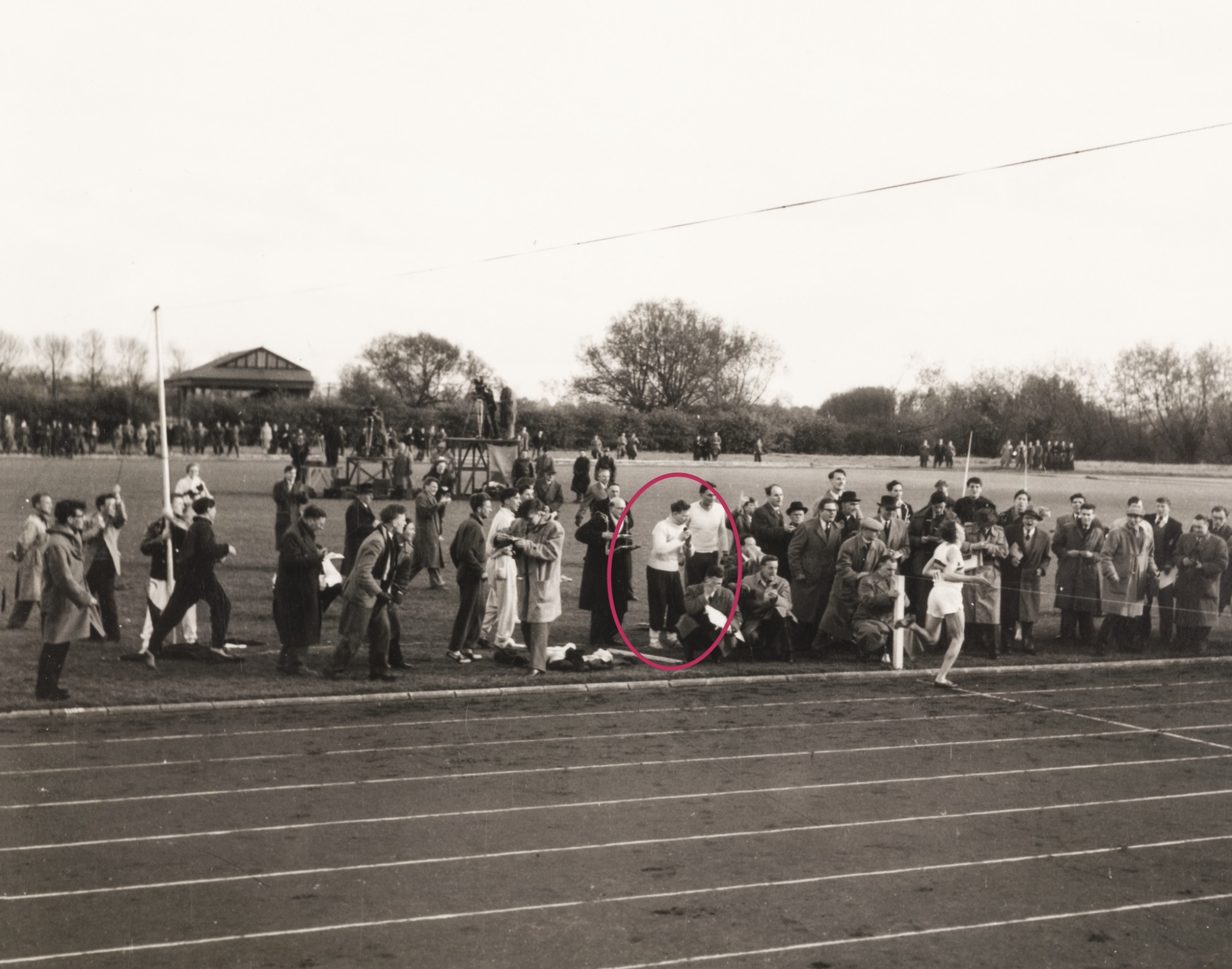 Following the race McWhirter famously declared: “Ladies and gentlemen, here is the result of Event Number Nine, the One Mile. First, Number Forty-One, R.G. Bannister, of the Amateur Athletic Association, and formerly of Exeter and Merton Colleges, with a time which is a new meeting and track record, and which, subject to ratification, will be a new English native, British national, British All-Comers’, European, British Empire and world record. The time is three [at which point the rest of the announcement was lost in the roar of the 1,200 crowd] minutes, fifty-nine point four seconds.”

McWhirter’s Lemania Nero 1/10 split-second watch was consigned by family members, and quickly climbed above its £3,000-£5,000 estimate.