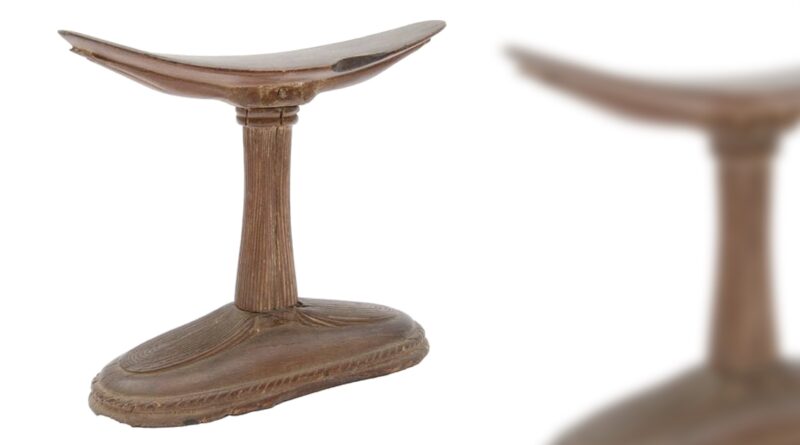 An intriguing 4,000 year-old Egyptian wooden headrest which dates from the 6th Dynasty (2,360-2,195 BC) and was discovered among the items of a deceased estate will be offered by Catherine Southon Auctioneers & Valuers on February 2 in a sale of antiques & collectables, including jewellery, watches, furniture, pictures and books, at Farleigh Court Golf Club, Selsdon in Surrey. 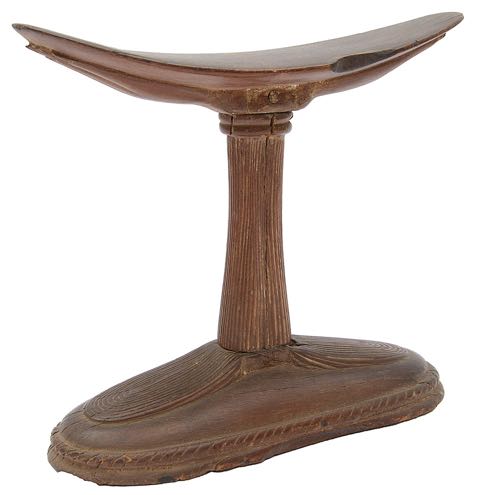 Measuring 17cm high and 18cm wide, it is estimated at £6,000-8,000. As Catherine Southon, whose office is based in Chislehurst, Ken, commented: “We are honoured to have been asked to sell the estate of a local deceased collector which includes more than 250 items from furniture to jewellery.

“Whilst clearing the estate we came across a couple of unusual possessions including an aboriginal shield, and what we believed to be a tribal headrest. On closer inspection and further research, we recognised that the headrest was not tribal but Egyptian and over 4,000 thousand years old! Incredibly, this headrest still remains in good condition and is clearly carved with slender hands in shallow relief. In day-to-day life these headrests had a practical purpose and were used to raise the Egyptian’s head while they slept in warm climates allowing cool air to flow below. In after life the headrests were buried with the deceased and probably also had a religious and magical purpose as well as utilitarian function. We are absolutely thrilled to handle such a rare and exciting artefact from Egyptian life.” She added: “We hope that it will attract a lot of attention. Through research, we have found that one was sold by Sotheby’s four years ago and another is in the Walters Art Museum in Baltimore, USA.” 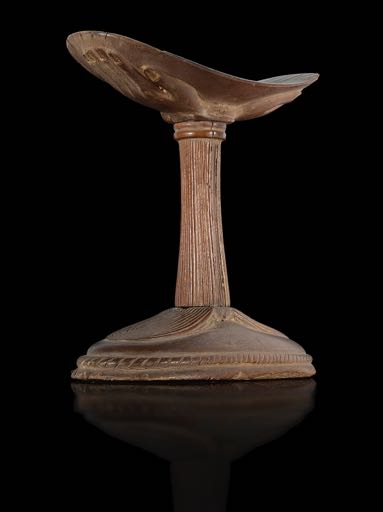 Also from the same collection in the sale is an Egyptian sandstone relief fragment of a goddess that is estimated at £800-1,200; while an Aboriginal Queensland Rainforest shield carved from fig tree wood, painted in ochre and black with a diamond geometric design is expected to fetch £2,000-3,000 and a fascinating collection of 17th and 18th-century travel and evolution books carry estimates ranging from £80 to £3,000.