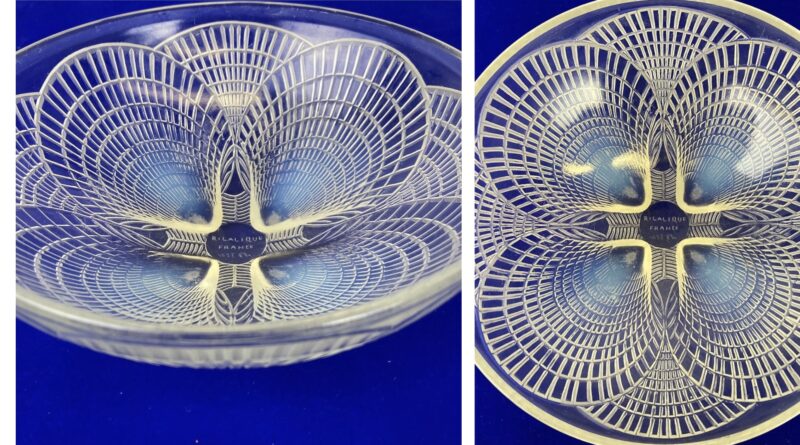 One lucky vendor had a pleasant surprise when Stephen Farthing of H&H Auction Rooms in Cumbria discovered a Lalique bowl in the bottom of a box of plant pots, which sold for £550 in their regular fortnightly sale recently. 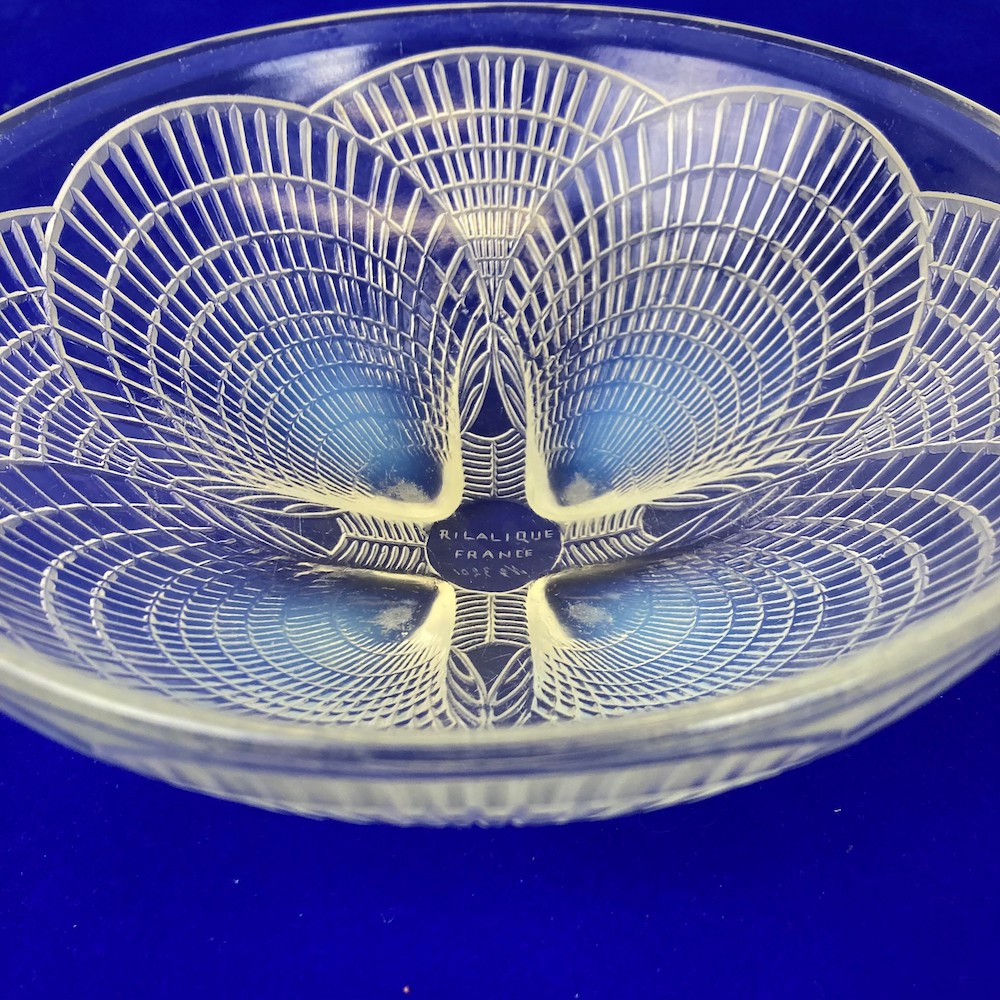 Unaware of its existence, let alone its value, the seller had not even shown Stephen the object when he was undertaking a general valuation at her house.

Lalique is an iconic manufacturer of glass who is particularly associated with the ‘Roaring Twenties’. The founder, René Lalique, began his career as a jewellery apprentice at the age of 16, and by 1881 he was a freelance designer for many of the best-known Parisian jewellers. After opening his own shop in 1905 he went on to manufacture and exhibit glass as well as jewellery, making perfume bottles for the neighbouring firm of Coty. By the 1920s he was one of the world’s most renowned glass makers, manufacturing car mascots for the top marques of the day like Bugatti and Bentley. 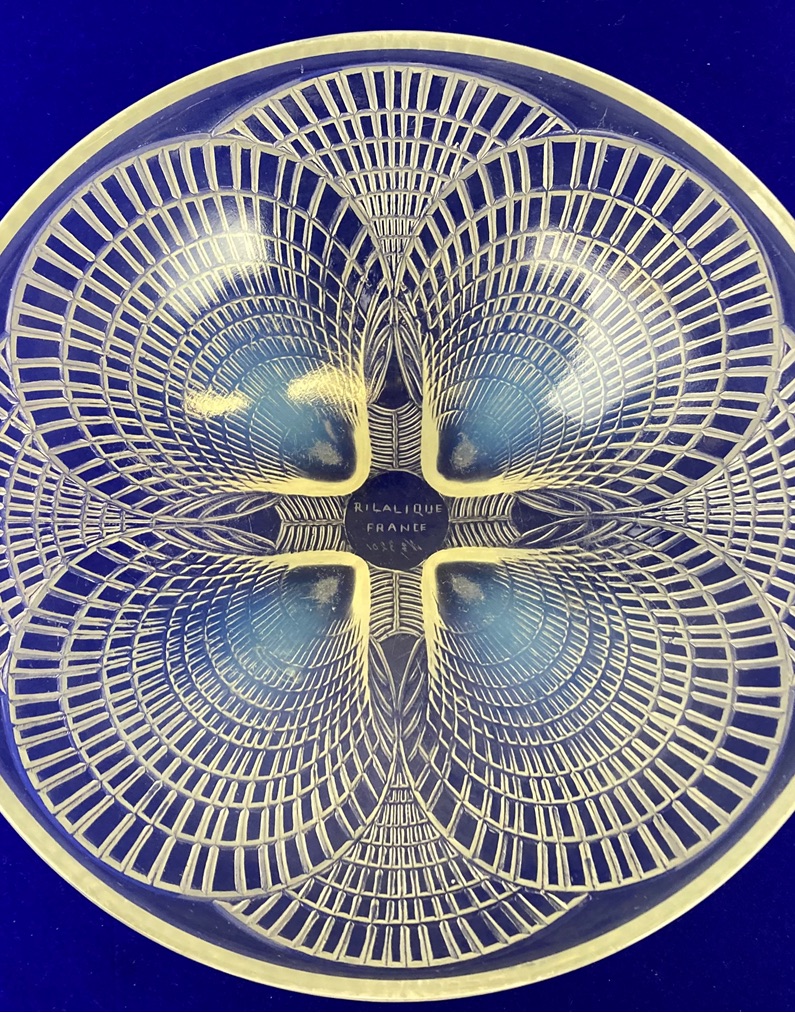 Dating from that period, the opalescent glass bowl is of the design known as “coquilles”, French for shells and is signed and numbered by the manufacturer. It only came to light when Stephen Farthing was sorting through the vendor’s goods after delivery to the saleroom.

He remarked “It was a most exciting discovery and just shows that you never know what to expect as an auctioneer and valuer. Sometimes people’s disregarded objects turn out to be the most valuable, which is certainly true in this case.”