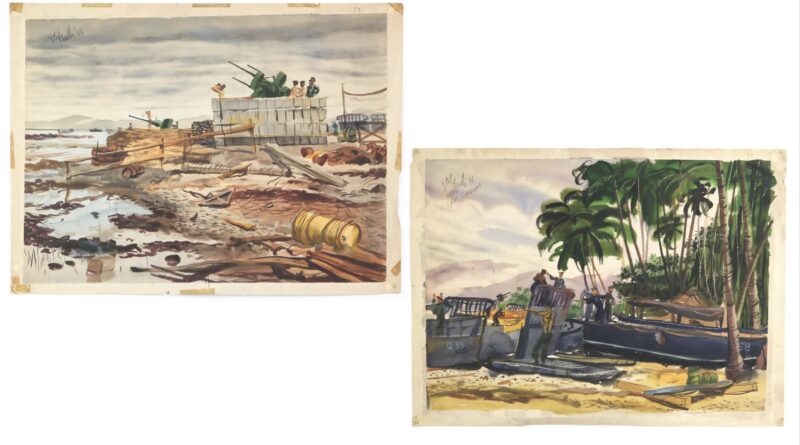 A series of watercolour sketches and drawings from Joe Stefanelli’s (American, 1921-2017) war work, as well as other subjects will appear in Ewbank’s Contemporary and Modern Art auction on January 27. 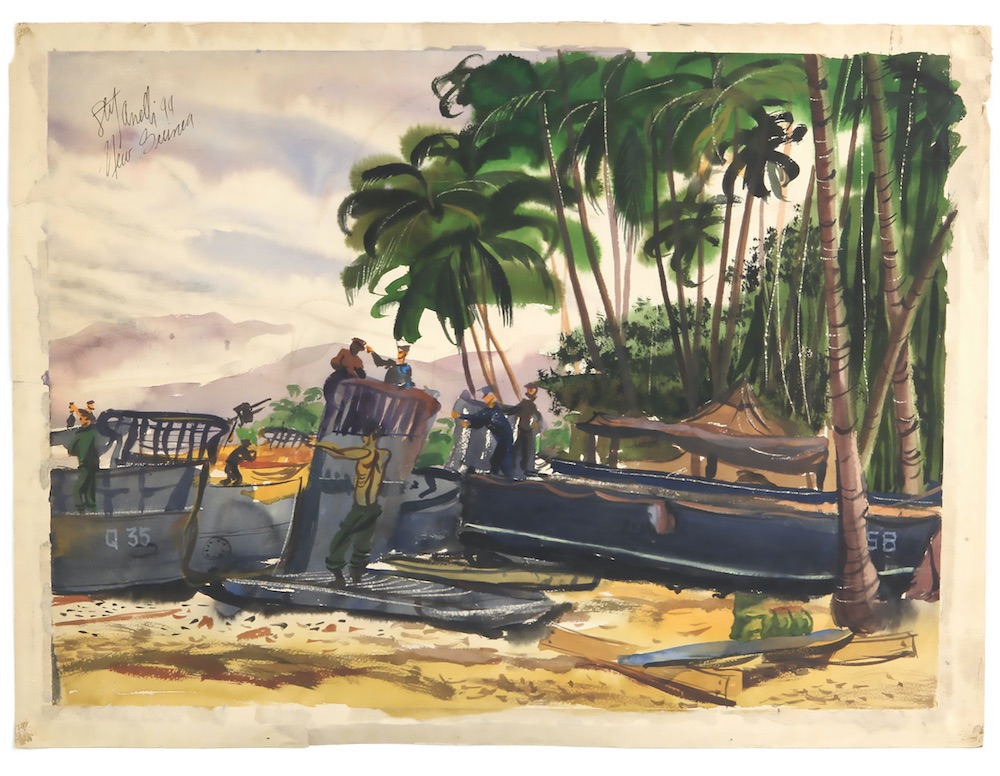 Stefanelli was a contemporary of Jackson Pollock and Willem de Kooning in the New York Abstract Expressionist School and a war artist in the Pacific in the Second World War.

Consigned from a private collection, the annotated paintings were previously displayed as part of the exhibition Joe Stefanelli: The War Years (1943-1945) at Brown University, Providence, US.

One or two of the war sketches have detailed handwritten descriptions stuck to the reverse. One reads: “Anti-Aircraft Guns. The beach looks rather devastating but I doubt whether it has been attacked for months. The guns on the right seemed poorly camouflaged. They are protected by gallon cans filled with sand.”

Another explains that the scene shows the forces preparing for “contact” – that is to engage with the enemy. 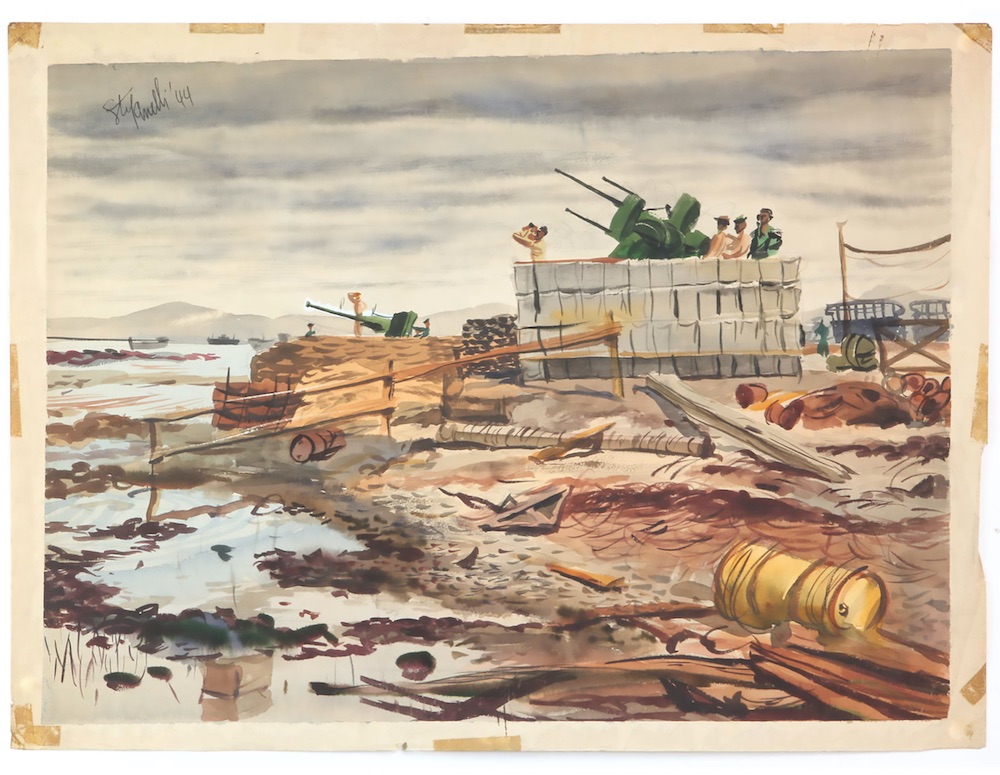 “The colour, draughtsmanship and energetic composition of these sketches do much to bring the sense of living on the edge at the front to life almost 80 years later,” said Ewbank’s specialist Will Parker.

“Stefanelli lived a long and full life, but this collection of work comes from a period when he was in his early twenties and travelling all over the South Pacific as a combat artist. This is a rare opportunity to acquire art imbued with such character and historic importance, as most of his output from this time is now in the World War II Archives Building in Washington DC.”

As well as a roster of solo and group exhibitions extending over almost 60 years from 1950, Stefanelli completed an illustrious academic career teaching at the University of California at Berkeley, at Princeton, Columbia and New York Universities, among others for 20 years from 1960.

The collection of around 20 works, offered in more than a dozen lots, is expected to sell for up to £4,000.