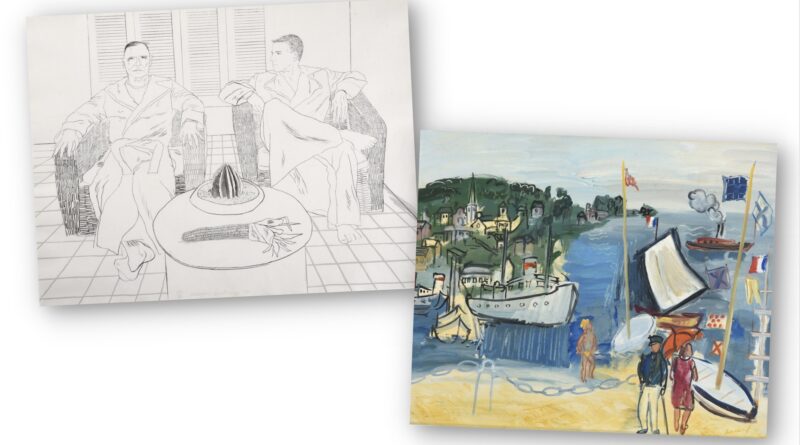 A private collection of mid to late 20th-century paintings, prints, ceramics and sculpture are being sold in a single-owner sale entitled Line, Colour and Form at Tennants Auctioneers on February 26.

Thoughtfully put together over the course of thirty years by collectors in the North East of England, the 125-lot collection is unified by a love of line, colour and form.

Each piece in the collection has been carefully selected, with the discerning eye of the collectors’ choosing pieces on their artistic merit rather than by collecting particular artists. This has resulted in a disparate yet harmonious collection that includes works both by internationally celebrated artists such as David Hockney and lesser-known local artists.

Highlights of the collection include a lithograph by David Hockney (b.1937) of Christopher Isherwood and Don Bachardy, which has an estimate of £6,000-£8,000. Christopher Isherwood was an English writer best known for his semi-autobiographical novel‘Goodbye to Berlin on which the musical Cabaret was based. He met his partner of over thirty years, American artist Don Bachardy, in 1952, and the pair broke convention to live together as an openly gay couple in an era when their hometown of Hollywood was deeply closeted. 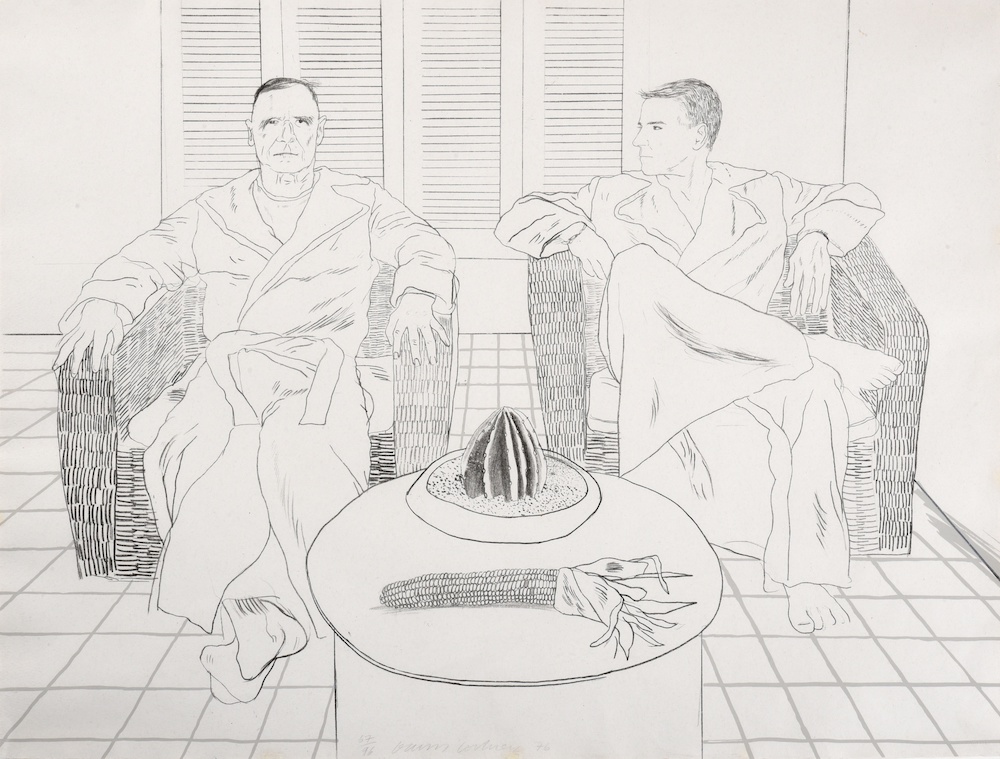 Epitomising the collector’s love of colour are two works by Spanish artist Carlos Nadal (1917-1998), a painter in the Fauvist manner who was captivated by the light and colour of the Mediterranean. Depicting coastal scenes, Vacances en France is offered with an estimate of £7,000-10,000, and Plage with an estimate of £3,000-5,000. 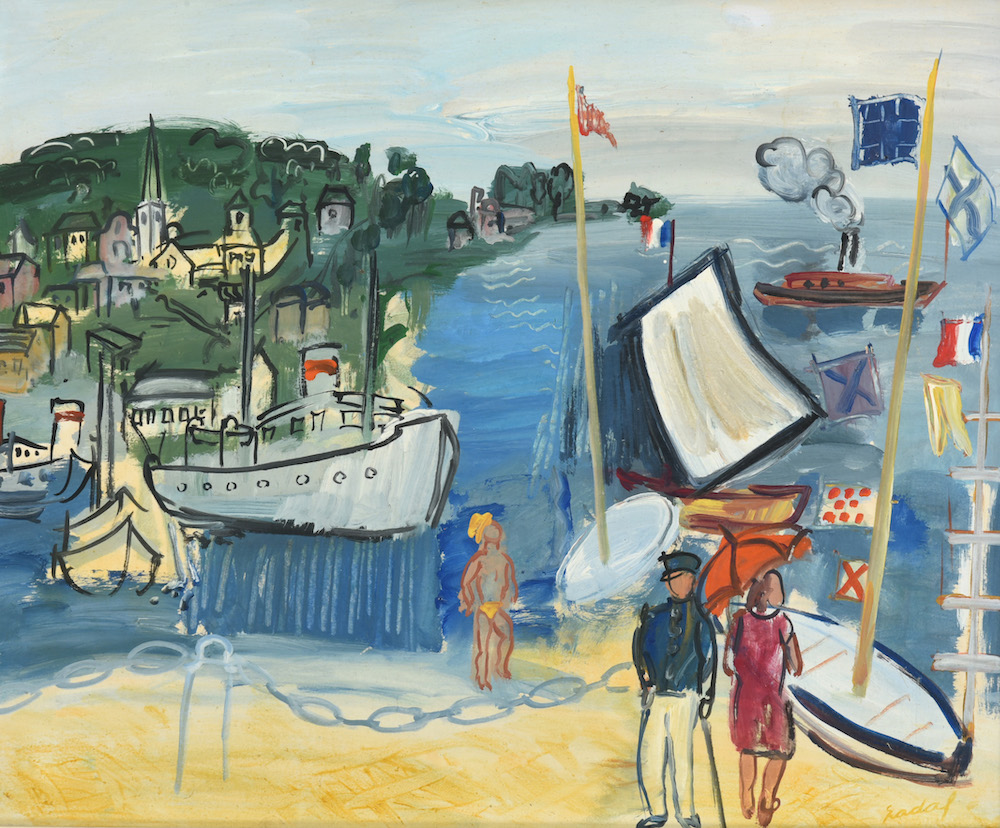 The three-dimensional works in the collection are led by Girl on a Swing by Sydney Harpley (1927-1992), on offer with an estimate of £5,000-7,000. The 63cm high bronze is the artist’s proof from an edition of twelve and will appear in the forthcoming catalogue raisonné of Harpley’s work. Sydney Harpley was a British sculptor known for his depictions of the solitary female form, a motif he returned to again and again throughout his career, be it in the guise of a dancer, an acrobat or a girl on a swing. His first Girl on a Swing was exhibited at the Royal Academy of Arts Summer Exhibition in 1974, and in 1984 he received a commission for a life-size version for the Singapore Botanical Gardens. 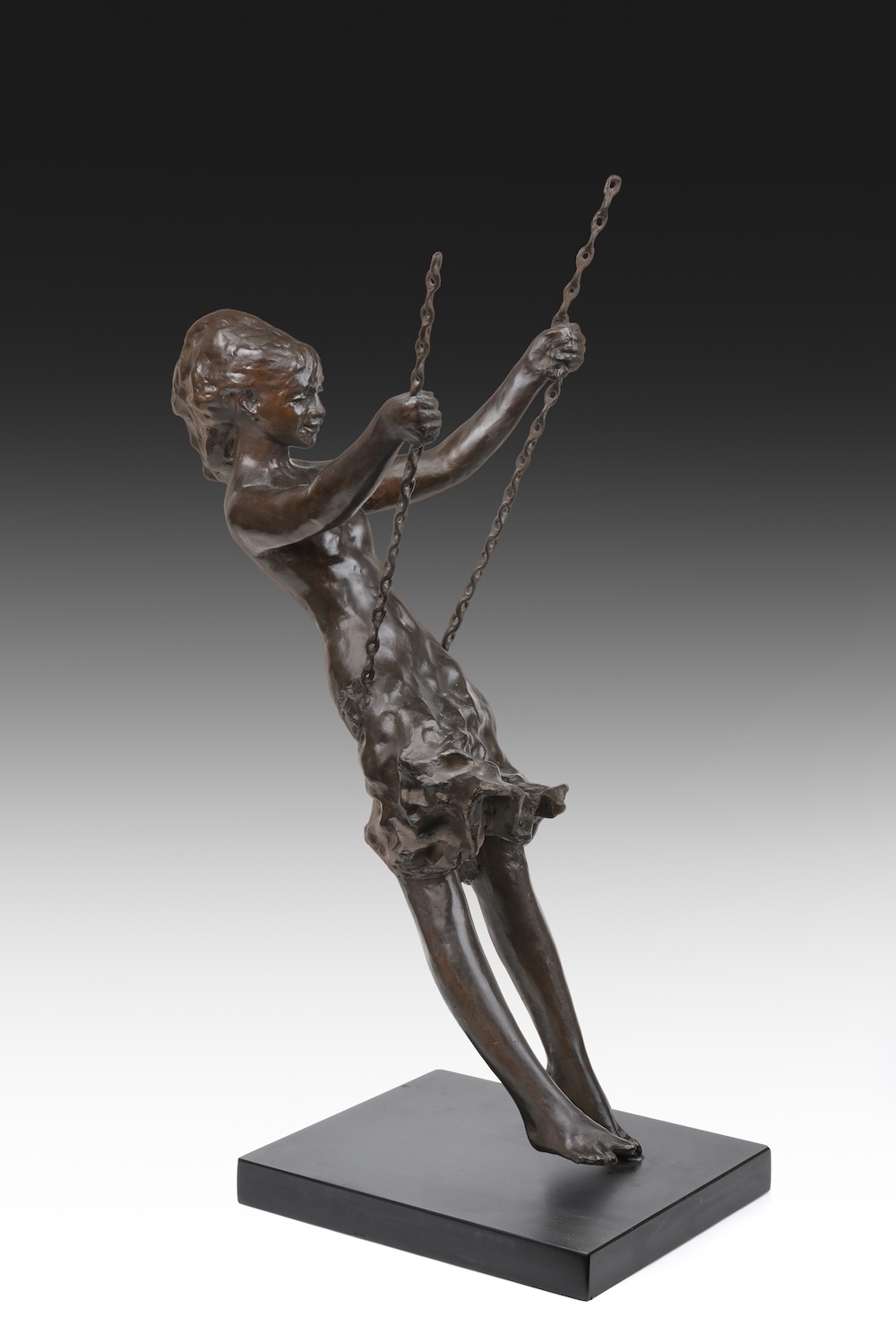 With such a broad range of paintings available in the sale, the auctioneers said it offers both established and new collectors the opportunity to add pieces to their collections by the likes of Dame Elizabeth Blackadder, Ken Howard, Harold Riley, Wilhemina Barnes-Graham and Merete Rasmussen.