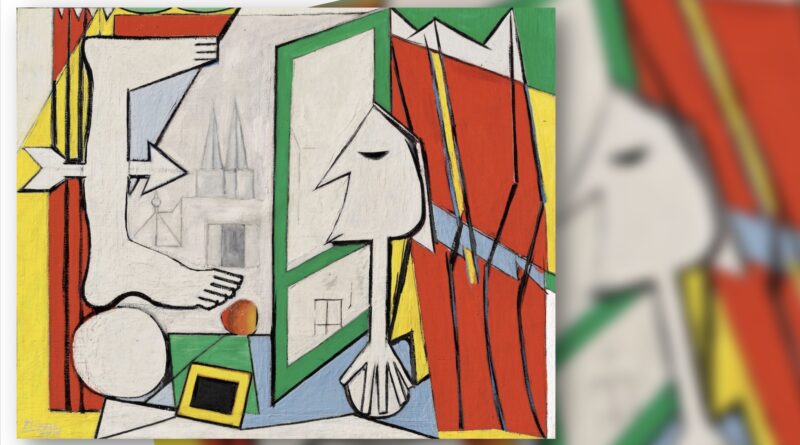 A seminal work from Pablo Picasso’s Surrealist period entitled La fenêtre ouverte will go under the hammer at Christie’s in spring. 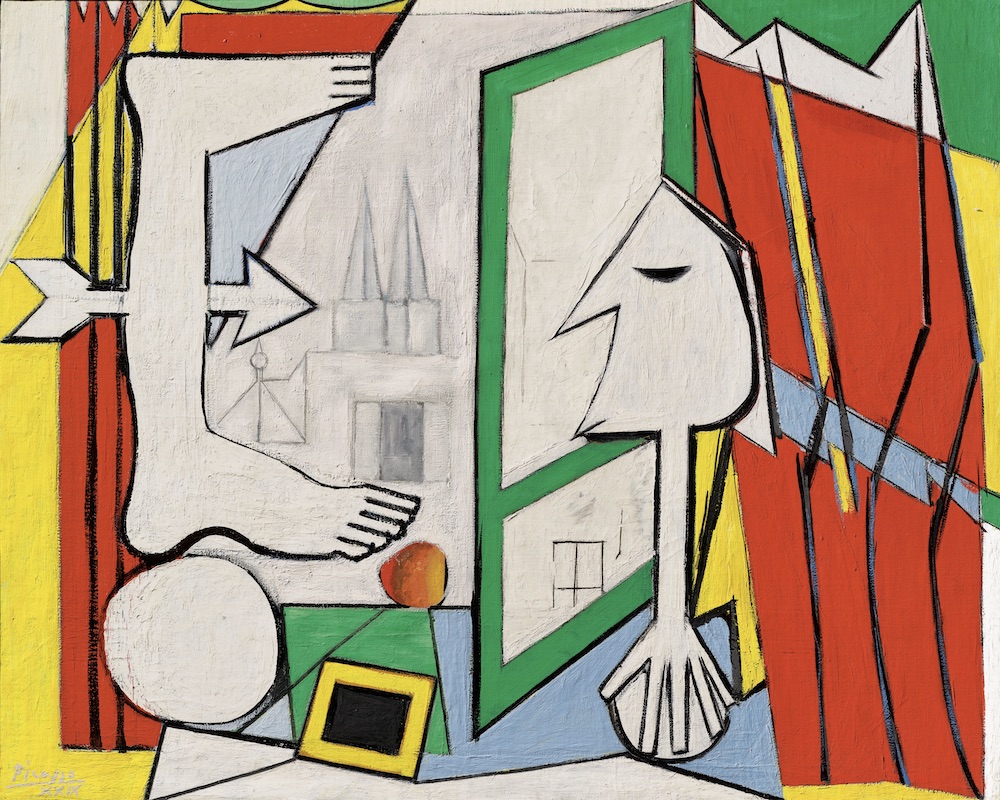 Impressively scaled and rendered with a bold colour palette and direct handling, La fenêtre ouverte is a work of striking visual power. Painted on November 22, 1929, this complex and compelling studio scene is one of a series of Atelier works that Picasso had begun around 1926, richly symbolic and radically constructed paintings that reveal the multi-faceted interests of the artist at this time.

Other works from this series are housed in museums including The Museum of Modern Art, New York and Musée National d’Art Moderne, Le Centre Pompidou, Paris. At once a still life, a veiled Atelier scene, and a Surrealist distortion of reality, La fenêtre ouverte is rich with personal and artistic symbolism.

Towering in the foreground of this painting are two highly abstracted figures. On the right stands a plaster bust that appears to be a disguised image of the artist’s great lover and muse of this time, Marie-Thérèse Walter. The figurative object on the left, an amalgam of feet intersected with an arrow, is said to be an abstracted, symbolic representation of Picasso himself. Two spires of the church of Sainte-Clotilde are identifiable in the background. John Richardson has suggested that this work therefore depicts the secret Left Bank apartment that Picasso and Marie-Thérèse shared as a hideaway during their relationship. In the foreground, a configuration of abstracted objects are depicted in an arrangement reminiscent of the artist’s earlier cubist still lifes.

Olivier Camu, Deputy Chairman, Impressionist and Modern Art, Christie’s, said: “Held in the same European collection for half a century, this powerful and explosively coloured painting from the highpoint of Picasso’s Surrealist period and two years into his clandestine love affair with Marie-Thérèse, represents a brilliant fusion of the different passions and inspirations that defined the artist’s life at the end of the 1920s.

“Relishing the secret nature of their romance, Picasso could not help but include his lover’s presence in the form of the plaster bust in this painting. Marie-Thérèse’s presence in Picasso’s life reinvigorated every area of his work, her statuesque form and radiant beauty, as well as her youthful, carefree sensibility inspiring the artist to create works that stand as the finest of his career. This metamorphosised, cryptically coded work stands as a fascinating self-portrait of Picasso and his golden haired muse, which we are thrilled to present to the market for the first time as a major highlight of the 21st edition of The Art of the Surreal Evening Sale.”

Although Marie-Thérèse was yet to emerge in full form in the artist’s work, this would not happen until he created the sentinel-like plaster busts in the spring of 1931, her profile and sweep of hair are instantly identifiable in La fenêtre ouverte. Her presence in the artist’s life and art was at this point secret, however, the iconic visual idiom which Picasso developed in his portrayals of her, in profile, and with the luminous white visage, are already present.

Picasso chose to include La fenêtre ouverte in his landmark 1932 retrospective, first held at the Galerie Georges Petit, Paris, from June to July, before moving to the Kunsthaus Zurich, in September to October. The painting was also included in The Museum of Modern Art, New York’s seminal survey exhibition, ‘Dada, Surrealism & Their Heritage’ in 1968.