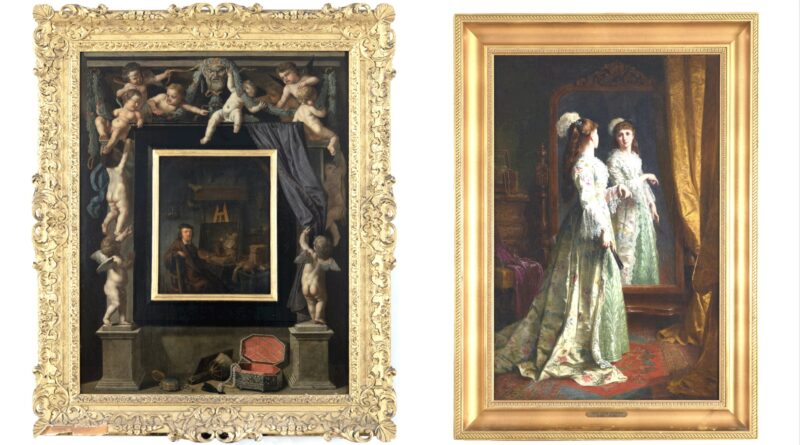 A recent Somerset sale of pictures, most notably a selection of Old Masters, resulted in strong prices.

A pretty and detailed little watercolour view of Chester by Louise Rayner, renowned for her characterful studies of city streets in Britain in circa 1900, made £2,500 at Lawrences of Crewkerne.

It was followed by a good run of prices, including £5,250 for a portrait of the 2nd Duke of Richmond in the manner of Jan Weesop, and similar results for a fine still life by Joseph Barney, Flower Painter to the Prince Regent, and a shooting scene in the style of George Stubbs, formerly in the collection of the 12th  Duke of Hamilton. A portrait of Peter the Great, Tsar of Russia (1672-1725), from the circle of Carel de Moor, doubled its low estimate to take £10,000, and a portrait of Doge Giovanni Bembo from the studio of Tintoretto made £6,500.

An 1883 portrait by John Adam Houston of an elegantly gowned lady before a mirror, Pleasing Reflections made £3,750 and there were three very good prices amongst the modern lots on offer. A vividly realistic 1950s  life-size head study in bronze of a greyhound by John Skeaping’s student Sally Arnup was consigned by Skeaping’s descendants and made £5,250, equalling the previous record price for her work. A fine trio of three watercolours of Somerset church towers in a single frame by John Piper made £17,500 and an atmospheric 1958 oil painting of whooper swans by Sir Peter Scott doubled its high estimate to make £15,000, the second highest price paid at auction for Scott’s work in the last decade.

The day’s top price was paid for a curious combination of two oil paintings by two Dutch masters of the 17th century. A small (34 x 28cm) panel by Jacob van Spreeuwen depicted the artist at his easel and this was set within an elaborately ornate `trompe l’oeil` surround by the Delft artist Cornelis de Man showing cherubs disporting around the central theme. It was thought that the space occupied by the smaller panel had once been a mirror. The eye-catching picture had once been at Creech Grange near Wareham in Dorset, the property of the Bond family. This ‘country house’ provenance and the fine quality of the lot lifted it above hopes of £15,000 to take £156,250. 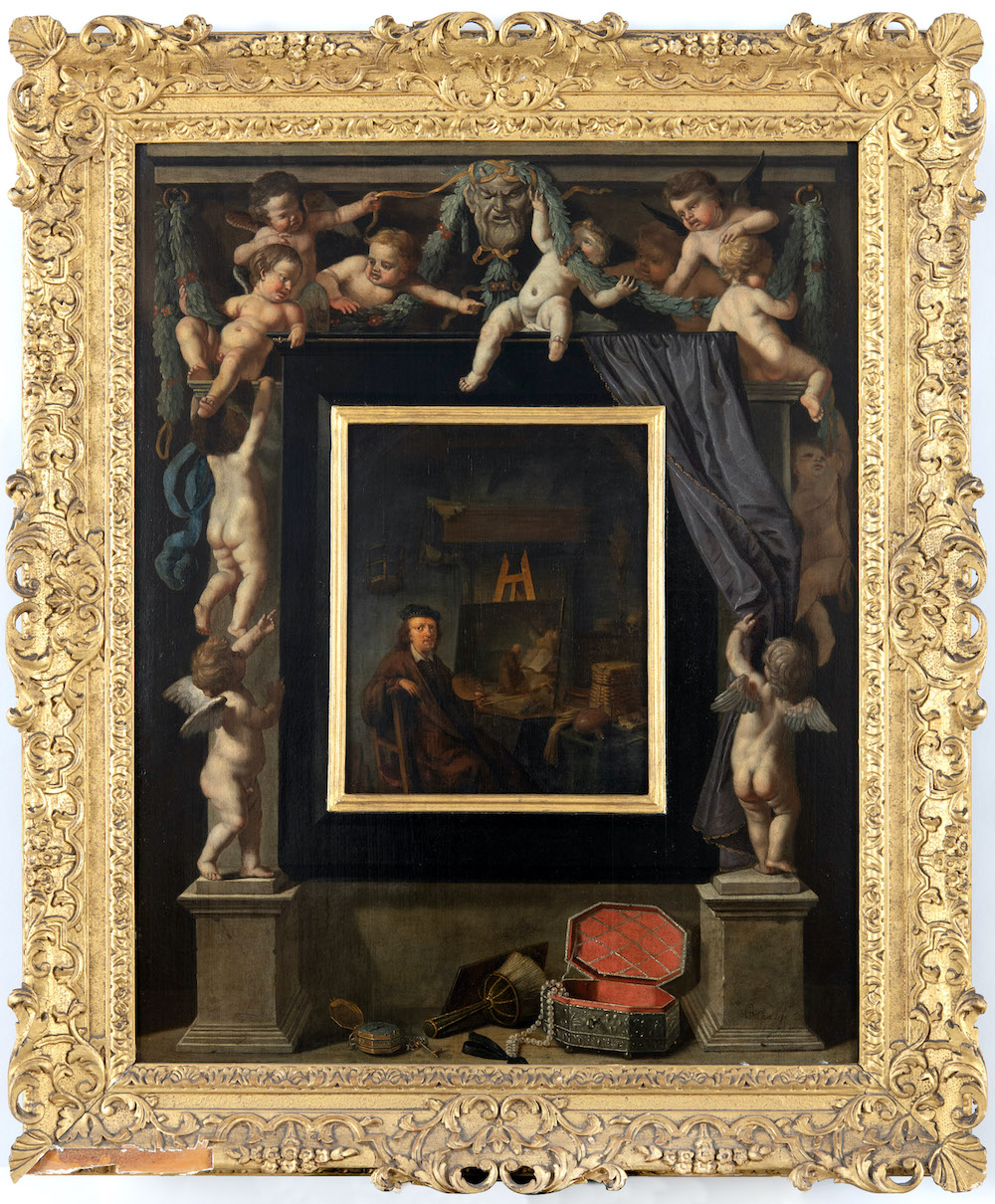