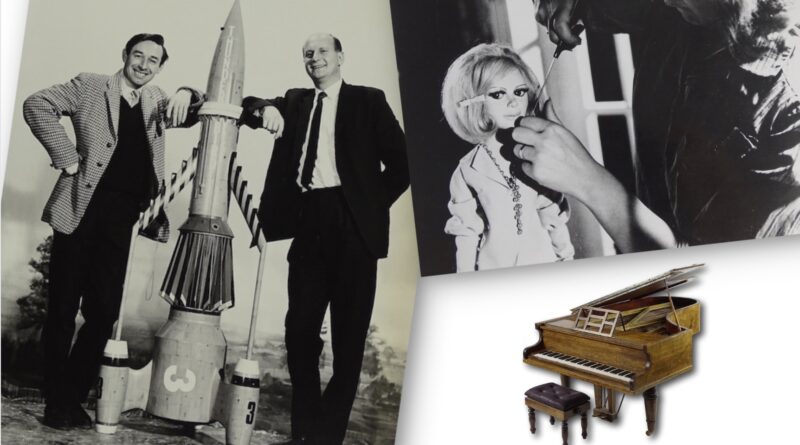 Memorabilia from the collection of the official biographer of Thunderbirds creator Gerry Anderson will go up for auction this spring, along with other ephemera from the creator’s famous TV shows, which included Joe 90, Thunderbirds, Stingray, Captain Scarlet and the Mysterons, amongst many others. 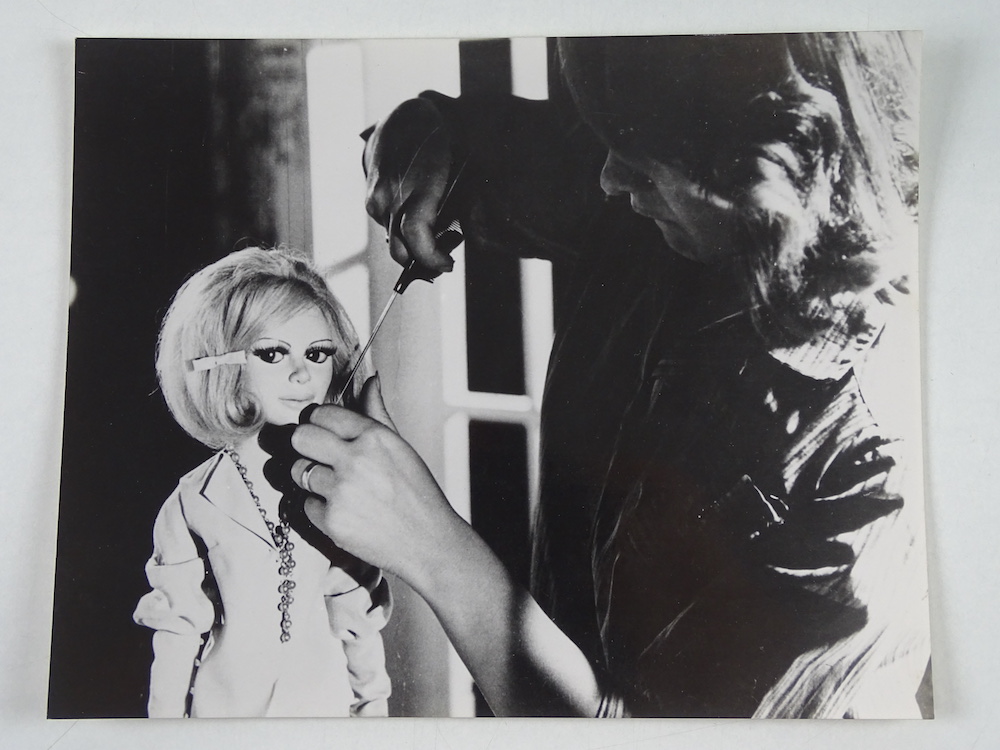 The sale will take place in an auction of Movie, TV and Music Posters & Memorabilia at Excalibur Auctions on February 12.

Following on from the success of Part I of the Archer collection (Gerry Anderson themed Dinky and other vintage toys which sold for £8,700 against a pre-sale estimate of £2,900), collectors and fans will be offered the opportunity to see and purchase some behind the scenes pieces and unseen insights into the making of some of Gerry Anderson’s iconic shows, straight from a close source.

The collection is being offered by the family of a man who knew Gerry Anderson very well, his biographer, the journalist and writer Simon Archer (1956- 1993).

Asked by Gerry Anderson (1929-2012) himself to write the story of his life, Simon followed Gerry closely and they became great friends. He witnessed and reported on Gerry’s success first-hand, as he broke boundaries in the field of ‘Supermarionation’ (a unique form of electronic marionette puppetry that Gerry Anderson created).

Thunderbirds is probably one of the most recognised of Gerry Anderson’s programmes in the genre and amongst the works on offer is a large collection of vintage photographs and designs of some of the puppets and vehicles, alongside earlier transparencies, all relating to the programme. A black and white photo shows Gerry Anderson to the left, with Doug Luke, the stills photographer, estimated at £300 – £500. 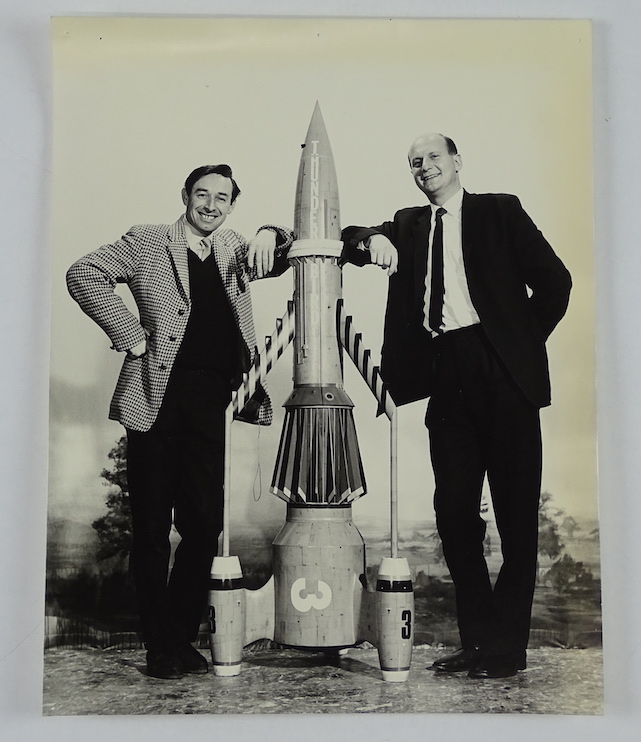 Also in the sale is a large collection of photographs, negatives and transparencies all relating to Captain Scarlet and the Mysterons, a science fiction television series created by both Gerry and Sylvia Anderson and filmed by their production company Century 21 Productions which first aired in 1967.

Sylvia Anderson (1927- 2016) was co-creator and co-writer with Gerry, as well as being married to him from 1960 to 1981. Sylvia regularly directed the voice recording sessions and provided the voices of many female and child characters, in particular the creation of the distinctive voice of Lady Penelope in Thunderbirds. Captain Scarlet and the Mysterons was the most expensive of the television series produced by Anderson up to that point and was extremely popular. By 1968 it was being broadcast in all parts of the UK and in more than 40 other countries. This group, lot 530 carries a conservative estimate of £80-£120. 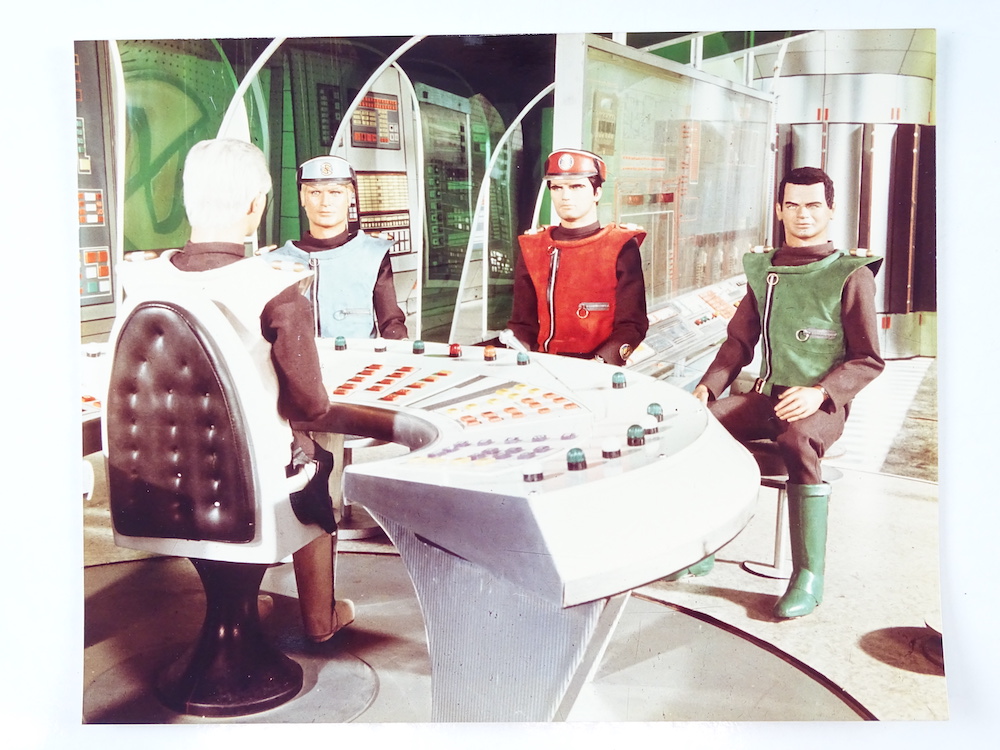 A group of watercolour and pencil sketches by Bob Bell (1918-2009), the Artistic Director on Thunderbirds, shows the evolution of the development of ‘Supermarionation’ (electronic marionette puppetry). It starts with a scene from the early television puppet productions and details a simple painted backing from behind which stage puppets were operated, estimated at £200-£400. 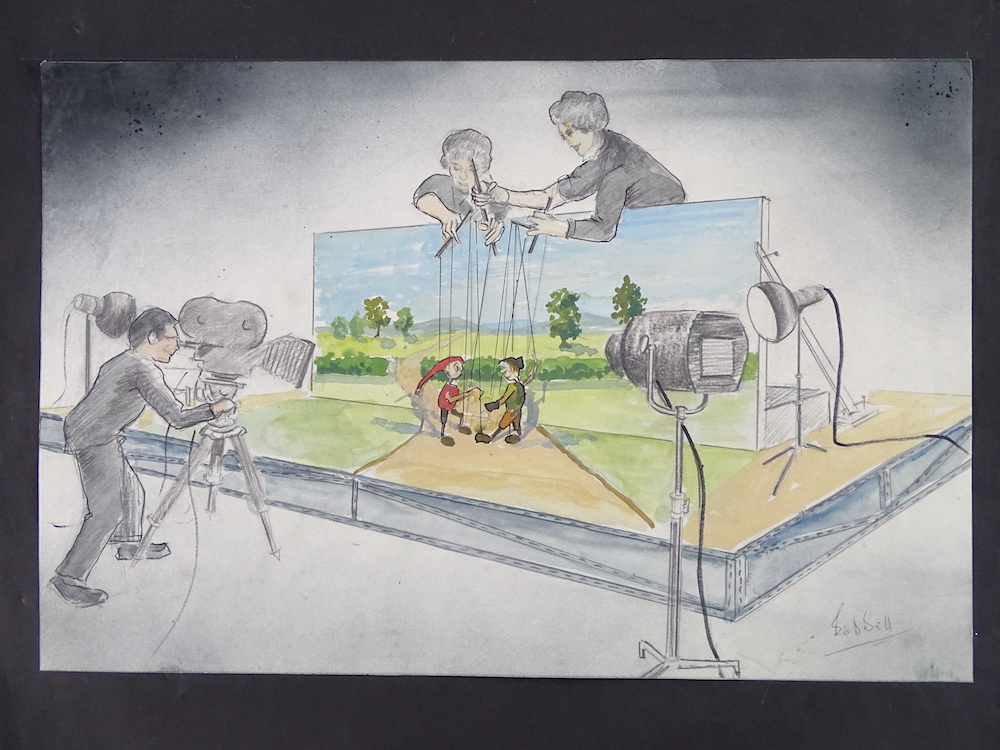 The next, shows ‘The Adventures of Twizzle’, with the first change being to locate the puppeteers on a bridge over the set, giving the scene greater depth, estimated at £200-£400). 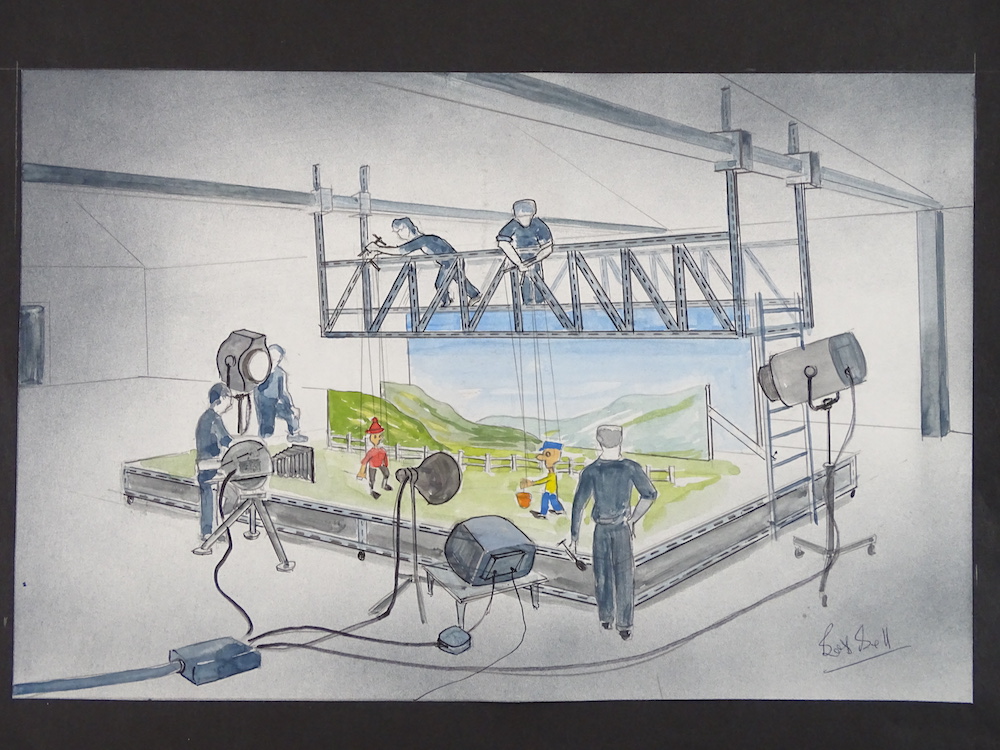 The next scene is of ‘Torchy the Battery Boy’ showing the introduction of three-dimensional sets, replacing the traditional simple painted backdrops, estimated at £200-£400. Sketch number four shows the interior of the Pineapple House in ‘Torchy the Battery Boy’ by which time they were experimenting with moving eye and mouth movements and lip synchronisation, with an estimate of £200-£400). Sketch number five depicts the move to larger studios which enabled the use of a control room and larger sets in the production of ‘Four Feather Falls‘, estimate of £200-£400, and the final sketch in the series shows the more advanced studio premises, with a mobile puppet bridge, where all of the future ‘Supermarionation’ shows from ‘Stingray‘ to ‘The Secret Service’ were made, estimated at £200-£400.

As well as getting to know Gerry Anderson while writing his biography, Simon Archer was also introduced to members of his production team, including Christine Glanville, Chief Puppeteer. They also struck up a friendship and on one occasion while visiting her house, she showed him various television props that she kept in her attic, including a miniature grand piano. Simon showed an interest in it and much to his surprise, she gave it to him. 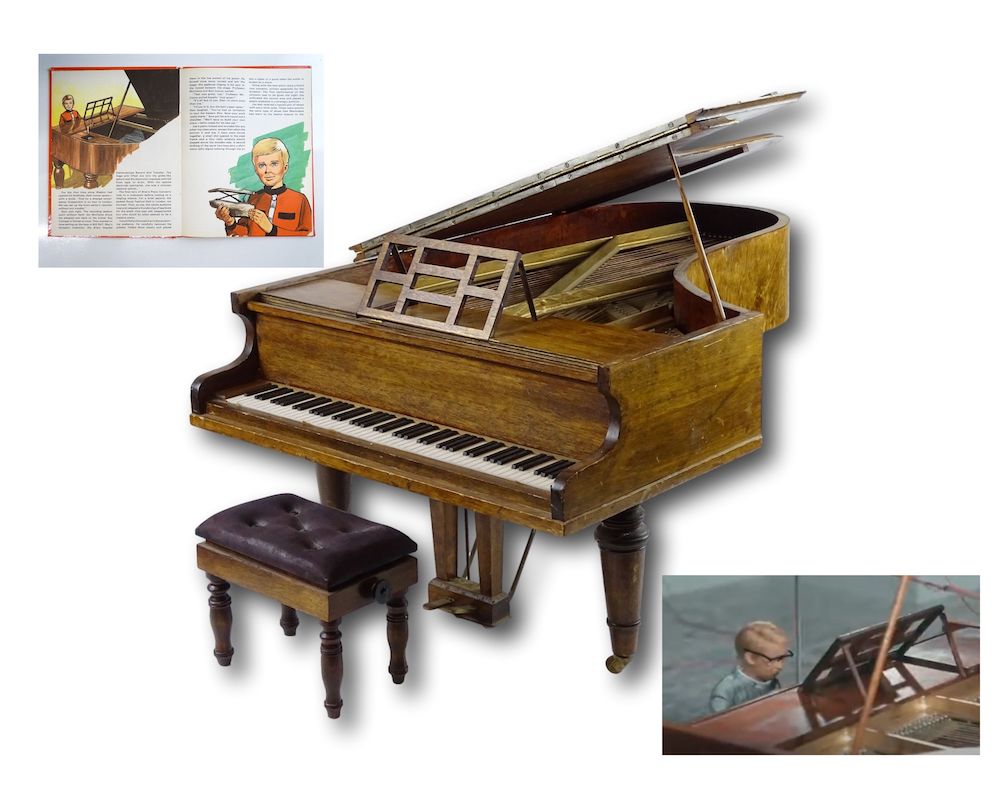 After Simon’s death, his surviving family members were introduced to Christine by Gerry’s former wife, Mary Anderson and she visited the family home on several occasions (she was happy for Simon Archer’s family to keep the piano, as they had become as a souvenir of him). The piano was borrowed on two occasions and taken to Blackpool by Christine and Mary, as part of an exhibition of props from the TV shows. The piano was originally made for an episode of Joe 90 (‘International Concerto’), but for the exhibitions it was Lady Penelope who got to sit at the piano and take centre stage. The piano has remained in the family’s possession since this time and is now being offered in the sale along with its’ piano stool and an original Joe 90 storybook. It has an estimate of £800-£1,200.

In 1991 the band Dire Straits approached Gerry Anderson to create a video for the song Calling Elvis for the album On Every Street, about an Elvis fan who believes Elvis Presley is still alive.  The video includes several members of the band represented in marionette form, alongside various Thunderbirds characters. The lot comprises storyboards with handwritten notes on them, plus plans, negatives and polaroids of the puppet creations, alongside reference photographs. It carries an estimate of £400-£600.

Speaking about the collection, Jonathan Torode of Excalibur Auctions said: “Gerry Anderson memorabilia is always very popular and to get such a large collection from someone so close to Gerry is remarkable. This is a real slice of television history.”

On selling the collection, Henry Harman, Gerry Anderson’s nephew said: “Our family have been careful curators of my uncle’s collection over many years and while it is sad to let go of them, we hope that they will sell to those as captivated by the works of Gerry Anderson as he was.”