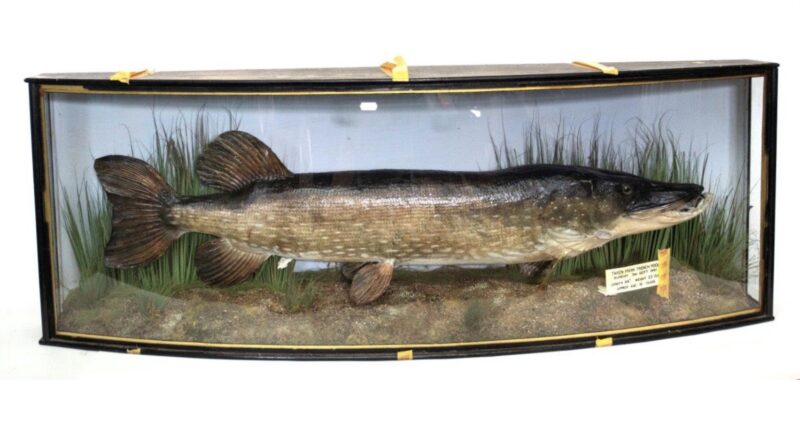 A secret hoard of taxidermy birds and animals – found in a Worcestershire loft – are part of an extraordinary Victorian/Edwardian collection set for auction. 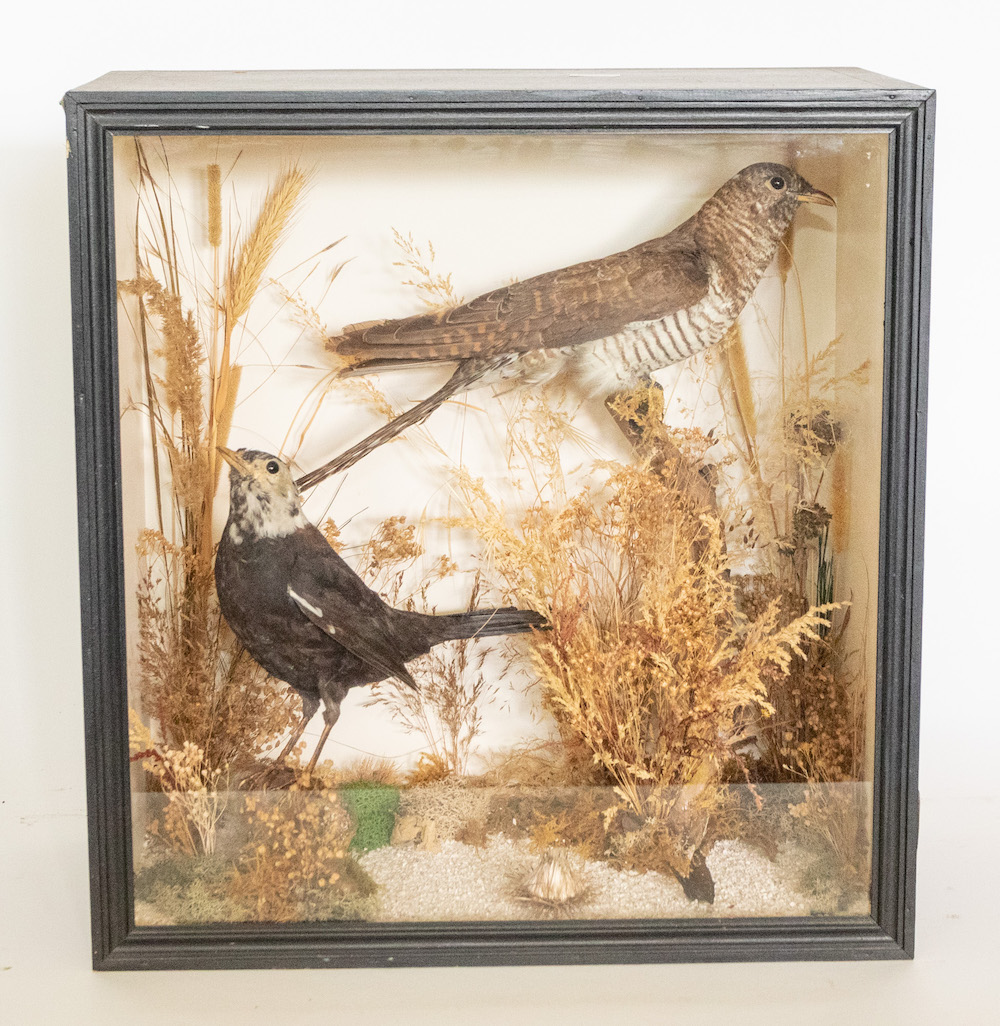 Julie Gittoes had no idea her late husband, Kevin, had hidden away several cased animals in the attic – until she needed her loft boarding over. Among the finds was a large glass display case featuring a puppy dog, a pair of red squirrels and a green woodpecker circa 1860s, estimate £60-£100.

Julie, 62, from Blakedown near Kidderminster, said: “I was never allowed into the loft but, after I lost Kevin, I needed some work done in the attic. The workman said to me, ‘Did you know there are a lot of boxes up there?’ I found 12 pieces of taxidermy I had no idea about.  I’m amazed Kevin managed to squirrel them away without me knowing.”

The finds surprised Julie but there was more to come. Even though she was well aware of her husband’s interest in taxidermy she had no idea just how vast his collection was. Around 150 pieces were discovered in all including many tucked away in the garage which she knew nothing about.

“The garage was Kevin’s domain and I didn’t go in there much,” said Julie. “I knew he had some more taxidermy in there but I never realised the extent of it. They were stacked one behind another on deep shelves. I think he felt a bit guilty about buying so many pieces so he didn’t tell me.”

Kevin collected taxidermy for more than 30 years. However, the day job gave no clue to his historical interest. He worked as an engineering manager for the Mirror Group. However, in retirement, he got a part-time job at an auction house – something he loved, according to Julie, and the perfect place to source taxidermy.

Julie said: “When I met Kevin 32 years ago, he had a couple of pieces. Though it was never my thing I never stopped him displaying them in the house. I just limited it a bit. I never begrudged him doing it. Our 1926 bungalow has a large hall so they were mainly displayed there. We had some in the lounge, too, including a badger which I’m keeping. He’s part of the family now. Kevin had him when I met him.

“He was very proud of his collection. That’s one of the reasons why I’ve decided to sell it at auction. I want to pay tribute to Kevin and share something that was really important to him.”

The Kevin Gittoes Taxidermy Collection is due to go under the hammer at Hansons Auctioneers on February 28 in a Fine Art and Antiques Auction at Bishton Hall, Staffs. It’s expected to fetch in excess of £10,000 and a donation from the proceeds will go to charity. 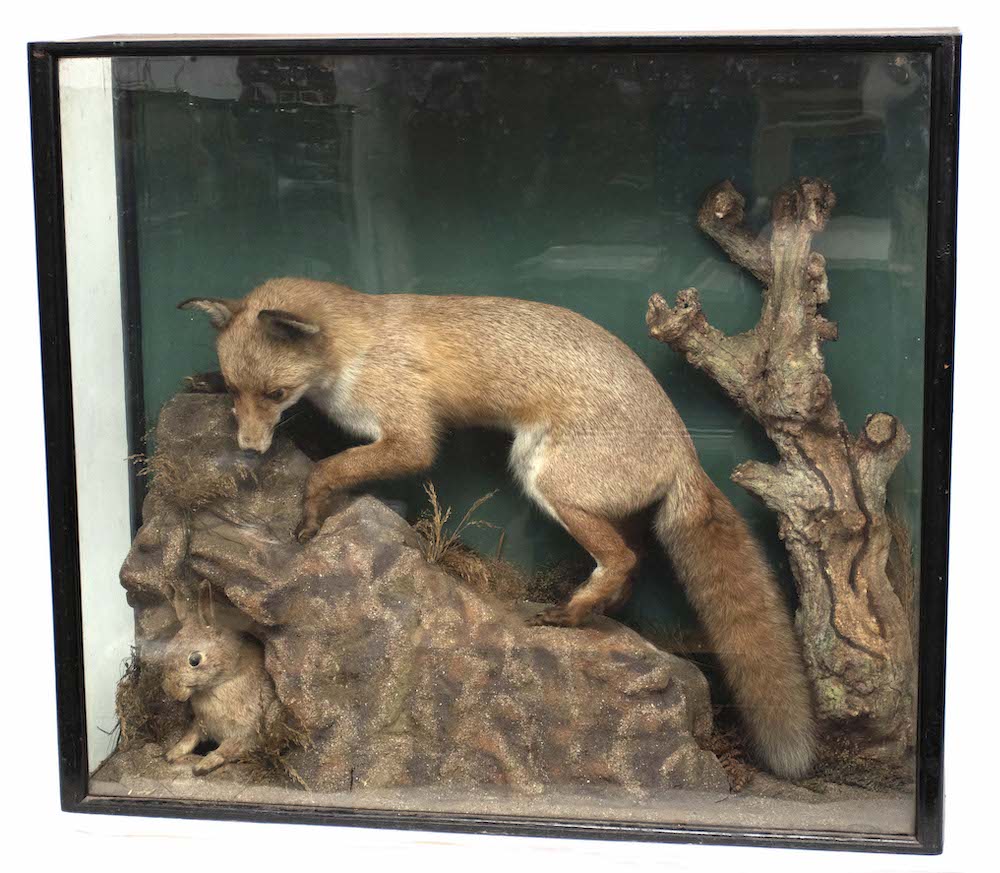 “I know some people think taxidermy is a bit strange but Kevin was fascinated by it,” said Julie. “He always loved country pursuits. When our daughter, Esther, was small and had sleepovers, some of her friends were terrified when they walked into the hall. Esther did a school project on taxidermy when she was 10. The teacher must have thought we were a bit odd.

“I used to feel a little bit embarrassed when people went into the hall but most people were fascinated by the collection, even the medics who came to look after Kevin when he was ill. It makes me smile now to think of Kevin smuggling those pieces into the loft. I found out his son, James, helped him lift them in. The time feels right to part with them now but I am not letting everything go. As well as the badger, I am keeping a few birds.”

Charles Hanson, owner of Hansons, said: “Kevin’s collection is quite extraordinary with examples dating back to the 1860s. Some people may find it a little bizarre but you have to put taxidermy into its historical context. In Edwardian and Victorian times people had a deep fascination with natural history, just as we do today. However, they couldn’t switch on the TV to watch nature programmes or tune into the latest series from Sir David Attenborough. 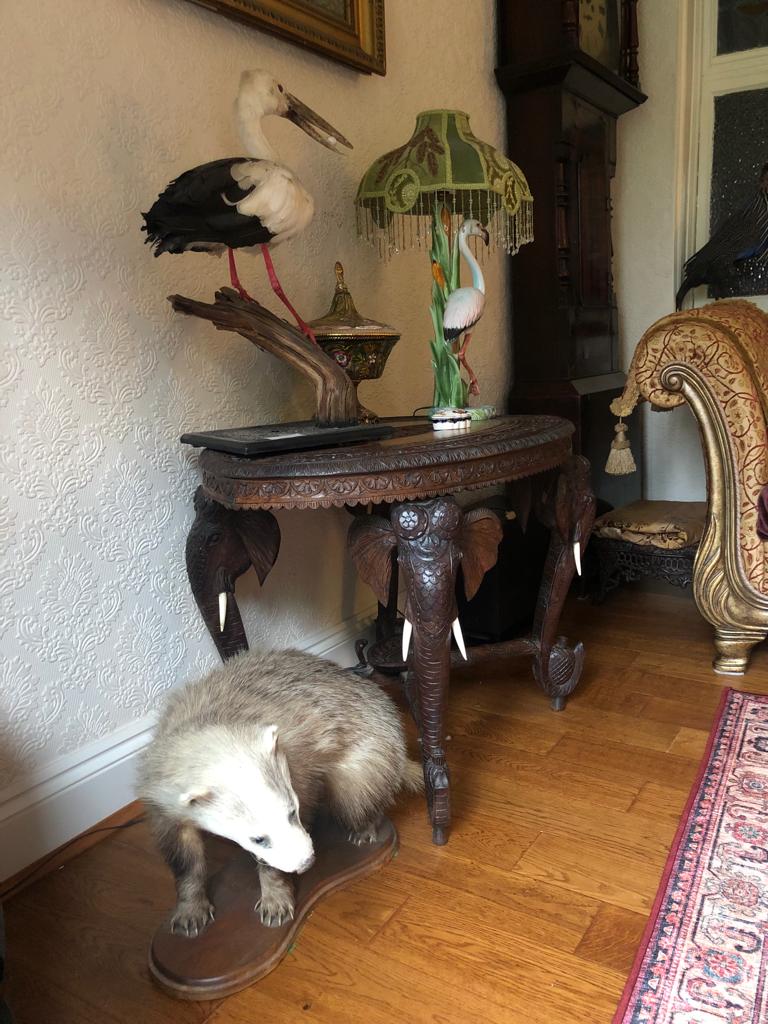 “Consequently, taxidermy became popular in the 19th century, particularly among the middle and upper classes who used it for educational purposes. It was regarded as an art form. Some of the species had died naturally while others would have been trapped or shot. But you must remember that death was part of life in Victorian times. In 1850, people rarely lived much beyond 40.

“We’re deeply aware of the sensitivity around taxidermy and have taken extreme care to catalogue this collection carefully respecting the complex regulations surrounding the sale of animal-related items.

“But we accept and recognise that taxidermy is part of Britain’s history and heritage. Kevin’s interest in it fascinated him for decades and led him to acquire one of the most unusual private collections I have ever come across. Now the finds he made over the course of decades look set to interest future generations for years to come.”

Kevin passed away at the age of 69 in August 2021. His life was taken by sarcoma, a type of cancer that starts in tissues like bone or muscle. A donation from the proceeds of the sale of his collection will go to Sarcoma UK.