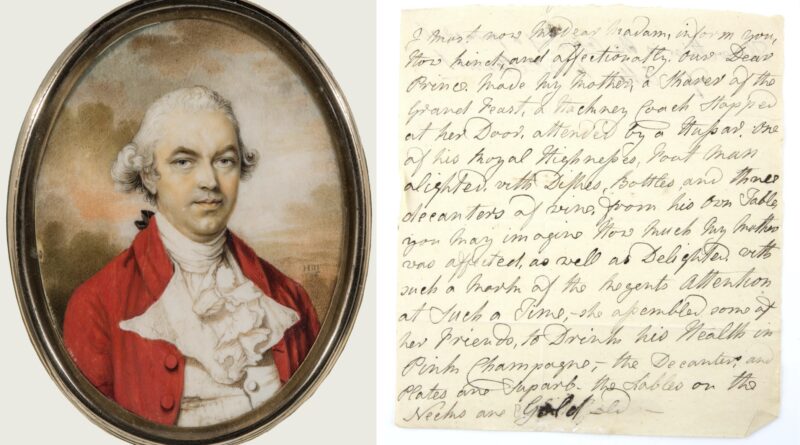 A cache of lost letters linked to the American War of Independence, including signed correspondence from General Cornwallis and prime minister William Pitt the Younger, come to auction on March 25.

The consignment to Ewbank’s came to light after a house clearance and appear to have been the property of Major General Alexander Stewart MP (1737-94), a battlefield commander who took on George Washington’s most trusted and successful general, Nathaniel Greene, at the Battles of Eutaw Springs in 1781.

One of the letters is Stewart’s report to his commanding officer, General Cornwallis, in the immediate aftermath of the battle. In contrast to historical record, Stewart claims the Eutaw Springs conflict as a resounding victory. 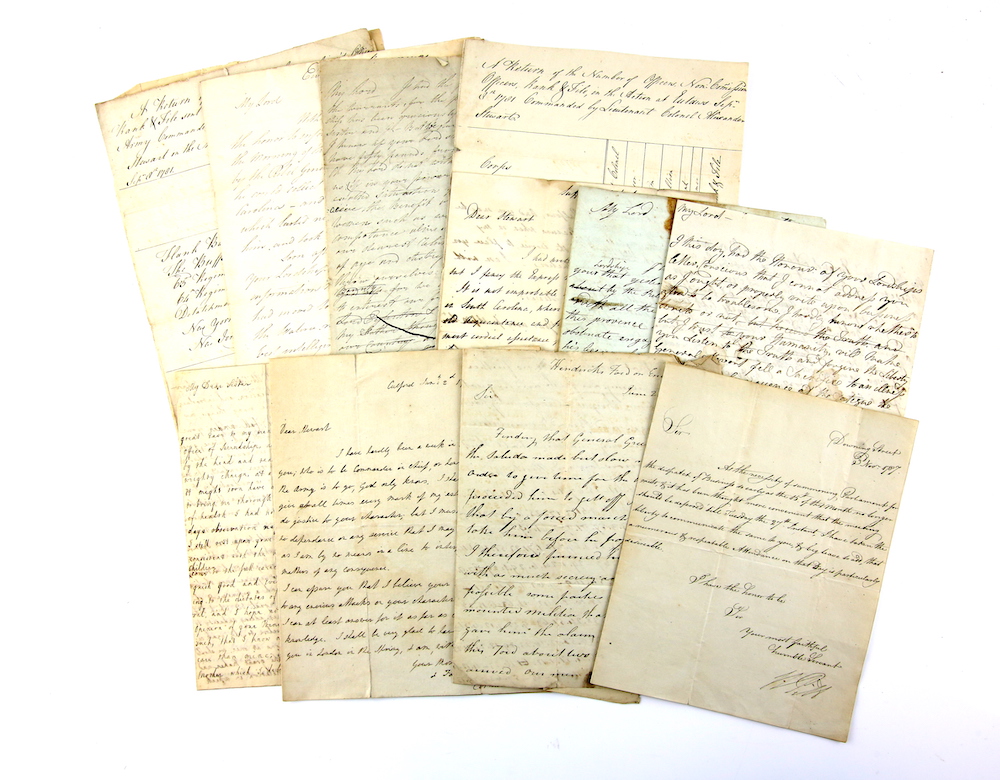 I have the honor to inform your lordship that yesterday morning about 9 o’clock I was attacked by the rebell General Green at this place with all the force he could collect in this province and North Carolina, after an obstinate engagement, and notwithstanding his being above four times my number, I finally defeated him, taking from him two six pounders, drove him from the field of battle as far as I with prudence could pursue having killed him near three hundred men upon the field and taken fifty four prisoners… vast numbers of the xxxxxx were wounded, but were carried of(f) during the action by their mounted militia. Had I had cavalry to have propeled of my victory not a man of their army would have escaped but I had only fifty mounted infantry who were opposed by the corps of Washington…”

Other correspondence includes letters dating from June 1781, detailing Stewart’s pursuit of Green and the rebel army prior to their September engagement. So sensitive was the information that the second of these letters is more than half written in numerical code.

A letter written to Stewart on July 16, 1781 by Cornwallis from his home in Suffolk hands down instructions on how to proceed pending his (Cornwallis’s) arrival from England to take command. In particular, Cornwallis expresses concern about the health of Lord Rawdon, later Governor-General of India and Stewart’s commander here, who had already made his name at the bloodiest engagement of the war, The Battle of Bunker Hill, where as a 21-year-old lieutenant he had assumed command when his superior officer was wounded, and stood atop the American redoubt waving the British ensign to signal the position’s capture.

By this time, Rawdon was in poor health and in fact gave up his command around the time Cornwallis sent his letter.

Also included in the lot are two deployment summaries, one relating to the shooting party Stewart despatched the day before the Battle of Eutaw Springs, the other listing those who took part in the battle itself.

Eutaw Springs may have been a tactical victory for the British, but they could not stop Greene from continuing to strike and they soon abandoned most of their captured towns and bases in the South, with Cornwallis notoriously ultimately surrendering at Yorktown little more than a month later.

Although the Treaty of Paris, formally ending the war, was not signed for another two years, Yorktown was the last major engagement of the conflict and decisive enough for the British Parliament to concede to Congress the following March.

Later letters in the cache include one from Cornwallis to Stewart in 1784, which alludes to the latter’s attempt to exploit his connection with his former commander and to a controversy in which Stewart appeared to think that Cornwallis had betrayed him.

Another, dated November 3, 1787, is from the 28-year-old William Pitt the Younger, almost four years into his first term (of 17 years) as prime minister.

By then Stewart had become the Member of Parliament for Kirkcudbright Stewartry and the letter appears to be a note about deferring a meeting.

Other letters refer to the kindness of the Prince Regent and the awarding of a pension by the War Secretary Viscount Palmerston.

“This is an astonishing set of documents written and received by people who were not just at the heart of the decisive action of the American War of Independence, but also leading figures in it,” said Senior Partner, Chris Ewbank.

“They are a fascinating window not just on events at the time, but also on the minds and concerns of those involved. Stewart’s post-battle report to Cornwallis, for instance, provides a clear view of the pressures he was under at the time and resounds with bravado and an undercurrent of fear and uncertainty that would reflect the equivocal position he found himself in during the aftermath of Eutaw Springs.

“In many ways it is equally astonishing that these letters, including one from William Pitt the Younger, have not already been consigned to a public collection.”