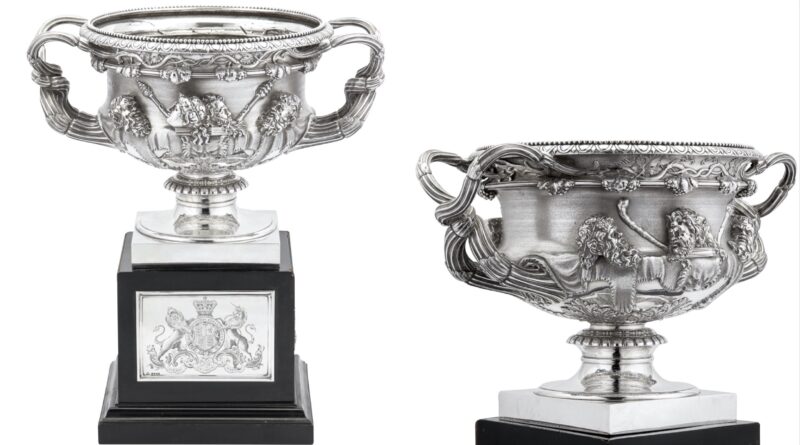 A Victorian Royal presentation vase and horse racing trophy, known as ‘Her Majesty’s vase’ has been rediscovered, having vanished from sight for years. It was last seen when it was presented in 1845 at the Plymouth, Devon and Cornwall races, as a gift from Her Majesty the Queen, presented to the owner of the winning horse. It then descended through the family of the owner of the winning horse, Sir John Barker-Mill, 1st Baronet (1803-1860) and its significance had been unknown by subsequent generations, as the vase and stand had become separated from each other. 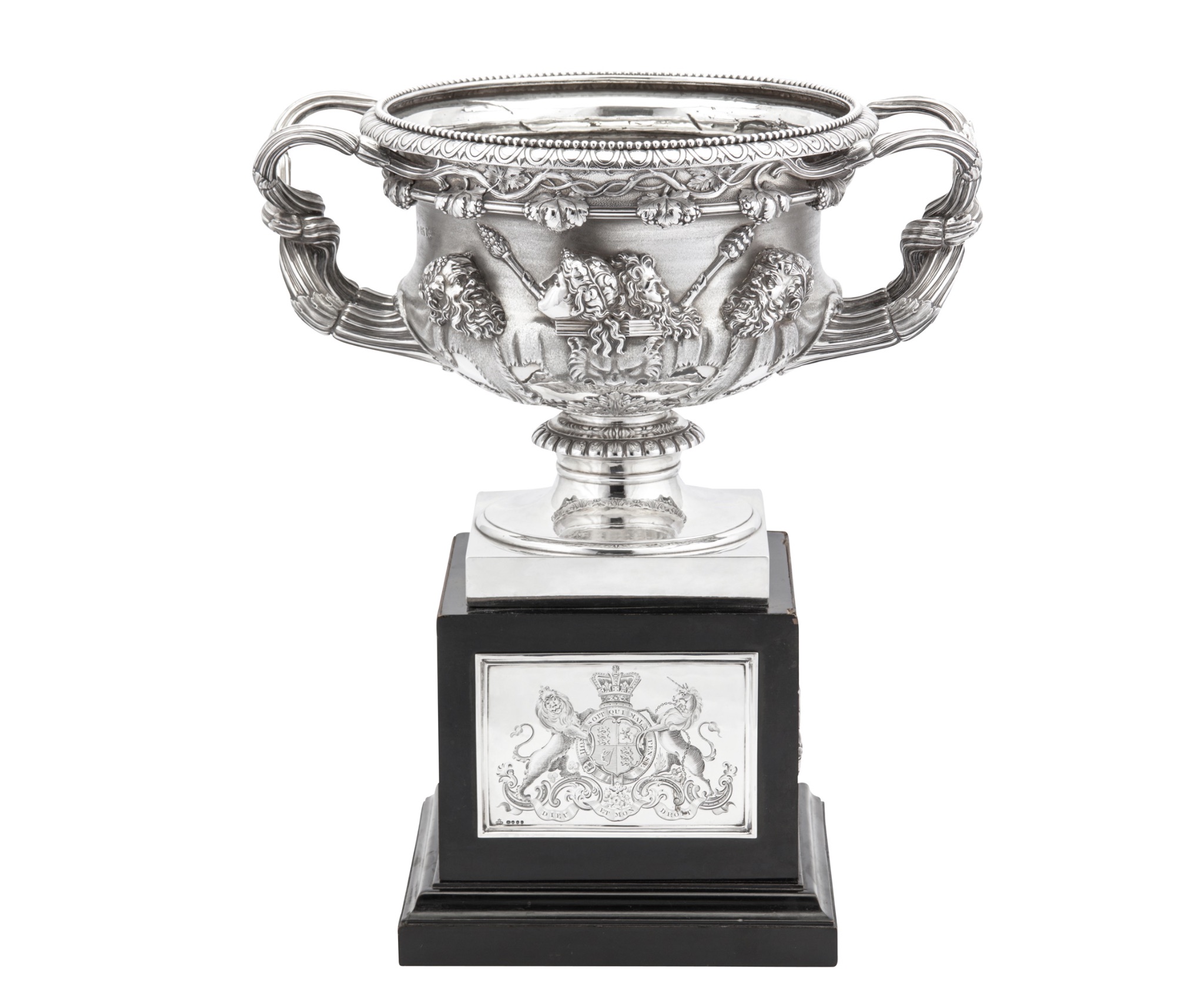 The vase was rediscovered in the family home, having been used as a wine cooler amongst other things, but the stand was only recently discovered in an outbuilding, discarded with other items, which is when the family reunited them and realised exactly what it was. Further research confirmed it and Chiswick Auctions will offer it in a sale of Silver and Objects of Vertu sale on March 3.

The vase was commissioned by Queen Victoria and produced especially for the Plymouth, Devon and Cornwall races in 1845 by the silversmith John Samuel Hunt (1785-1865) who traded with another great silversmith, Paul Storr (1770-1844). Known as the Warwick vase, it was created to the design of an ancient vase dating from the 2nd century A.D. This colossal vase measuring nearly six feet high, was found in fragments in 1770 at the bottom of a lake at Hadrian’s Villa, near Rome, by a group of Englishmen and was acquired by Sir William Hamilton, at the time Ambassador to Naples. 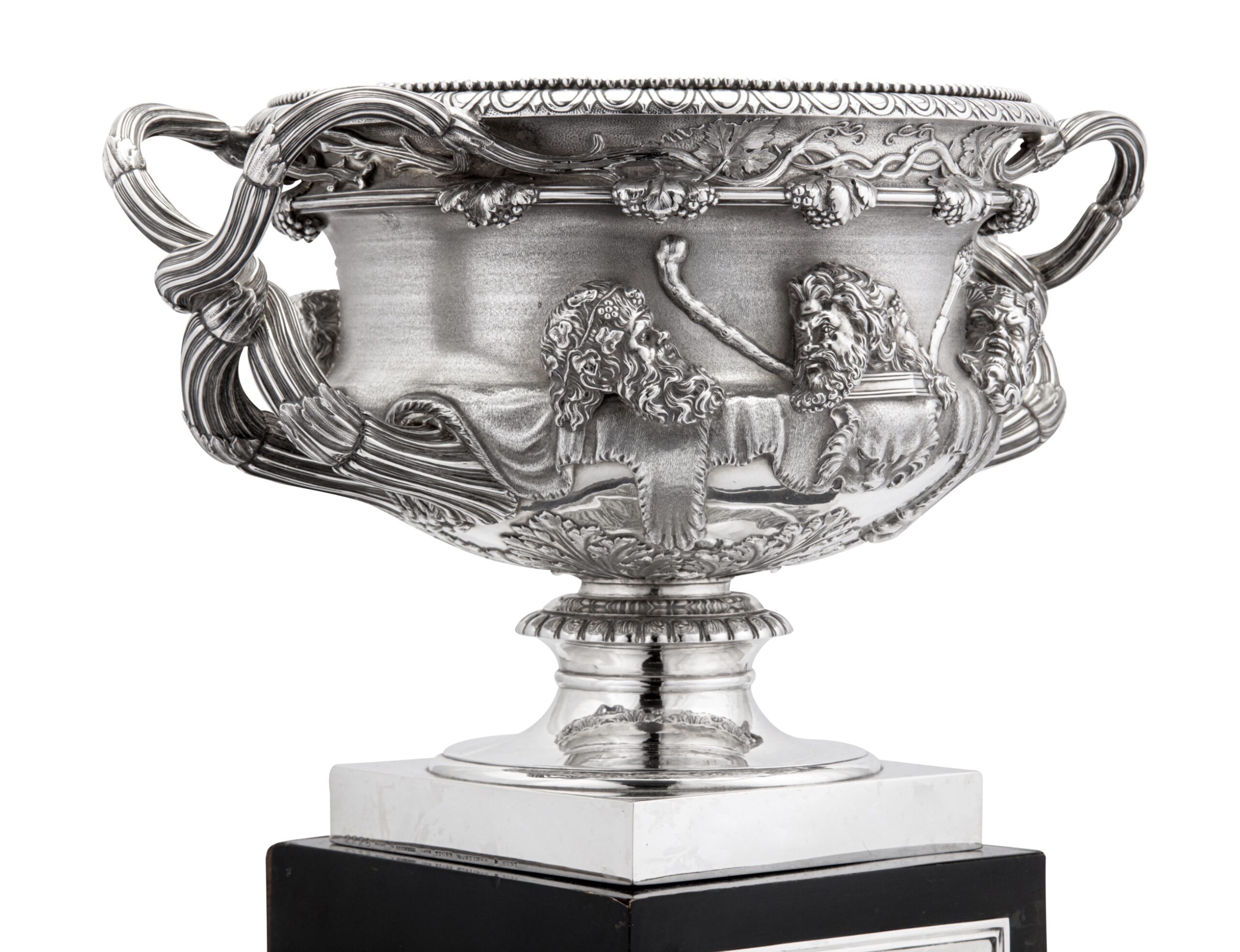 Hamilton sold it in restored condition to Charles (Greville), 2nd Earl of Warwick, who set it up in the grounds of Warwick Castle (hence its latter title of the ‘Warwick Vase). The vase had been engraved by Piranesi in 1778 and provided the inspiration for many versions of the vase in silver and silver-gilt during the Regency period. Rundell, Bridge and Rundell, the Royal goldsmiths appear to have supplied most of the Warwick Vases, the most notable being a set of twelve commissioned by the Prince Regent and struck with the mark for Paul Storr, now at Windsor Castle. The Duke of York, second son of George III, owned a set of four which were included in the sale of his silver at Christie’s in 1827.

This highly decorative silver version weighs 4316 grams and stands 41.8 cm (including plinth). It sits on a spreading circular stem, with its main body cast and chased with a band of acanthus foliage and with lion’s pelt and bacchic masks. It also features an egg-and-dart rim with trailing vines and twin dual interlaced vine handles. The ebonised wooden plinth is applied with two rectangular plaques and two vacant laurel wreath cartouches. One of the rectangular plaques is finely engraved with the Royal Coat of Arms and the opposing plaque is engraved with a presentation inscription reading: Plymouth, Devonport and Cornwall Races 1845, the gift of her Most Gracious Majesty Queen Victoria. It is stamped Hunt & Roskell Late Storr & Mortimer 2225 and carries an estimate of £20,000 – £30,000. 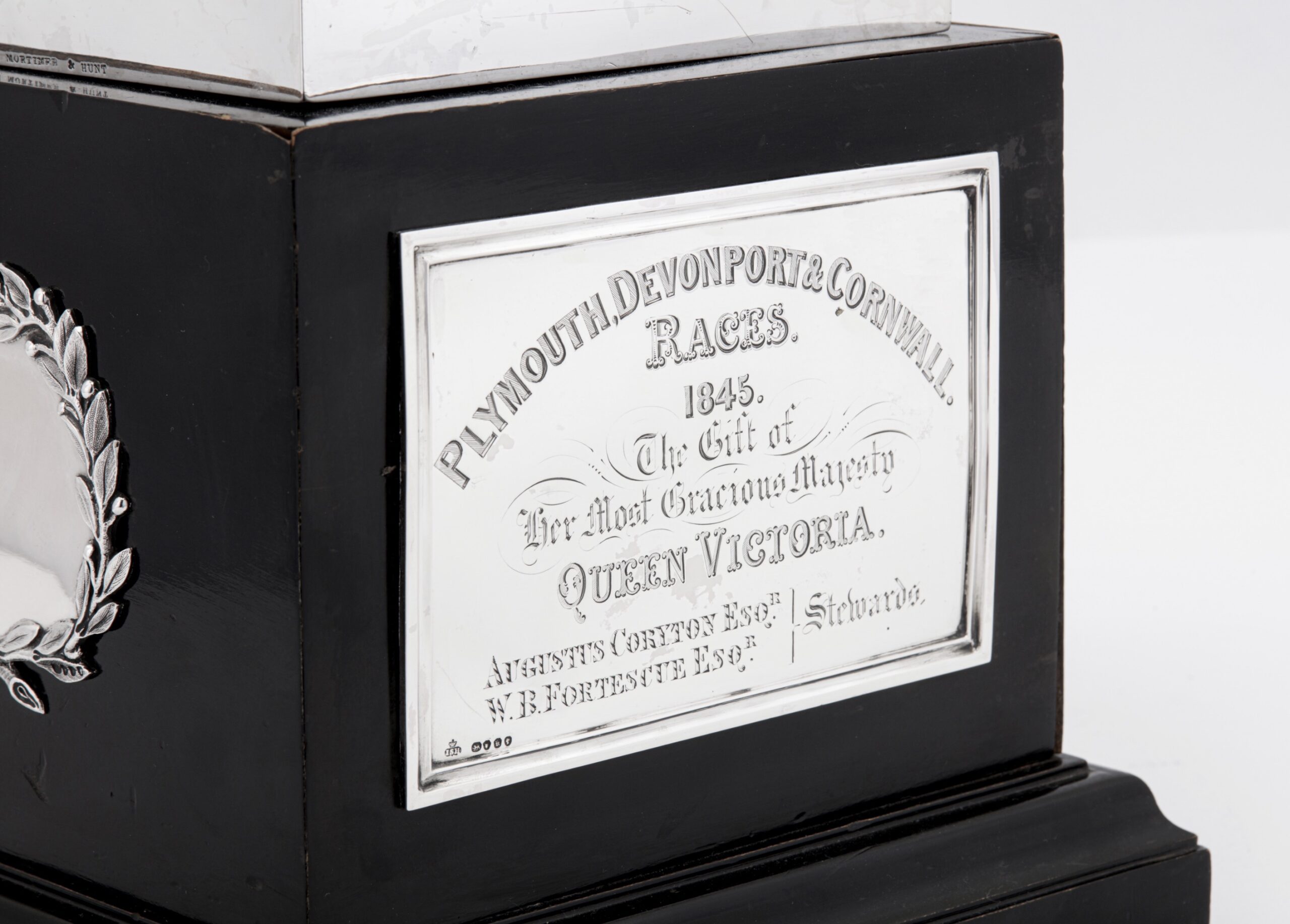 Commenting on the vase and its discovery, John Rogers, Head of Silver at Chiswick Auctions said; “I am thrilled to offer such a stunning historical piece, made with such craftsmanship. The fact that it remained with the family for so long without them knowing what is was, is astounding and I’m delighted that both the vase and plinth were reunited and it can be offered in its full glory.”

The vase remained with the family of Sir John Barker-Mill, 1st Baronet (1803-1860), since its presentation in 1845 and as it was passed down, its significance dwindled, until later generations no longer recognised it, hence its loss, until it was recently reacknowledged and research excitingly revealed what it actually was.