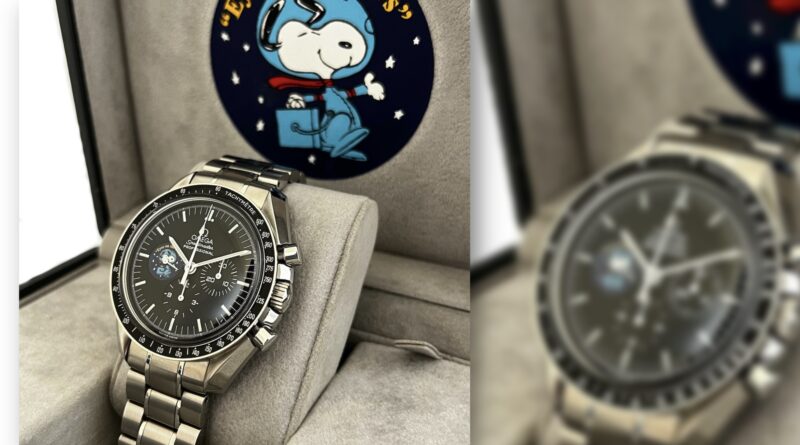 The star-crossed bond between a much-loved Peanuts character, an iconic Swiss watchmaker and the golden age of American space travel will be highlighted when a limited edition watch goes on sale in a specialist auction at Midlands auctioneers, Gildings on March 23.

The Omega gentleman’s Speedmaster Professional ‘Eyes on the Stars’ Snoopy Award wristwatch was created to commemorate the NASA Apollo 13 mission and the role of Snoopy as a watchdog for NASA. 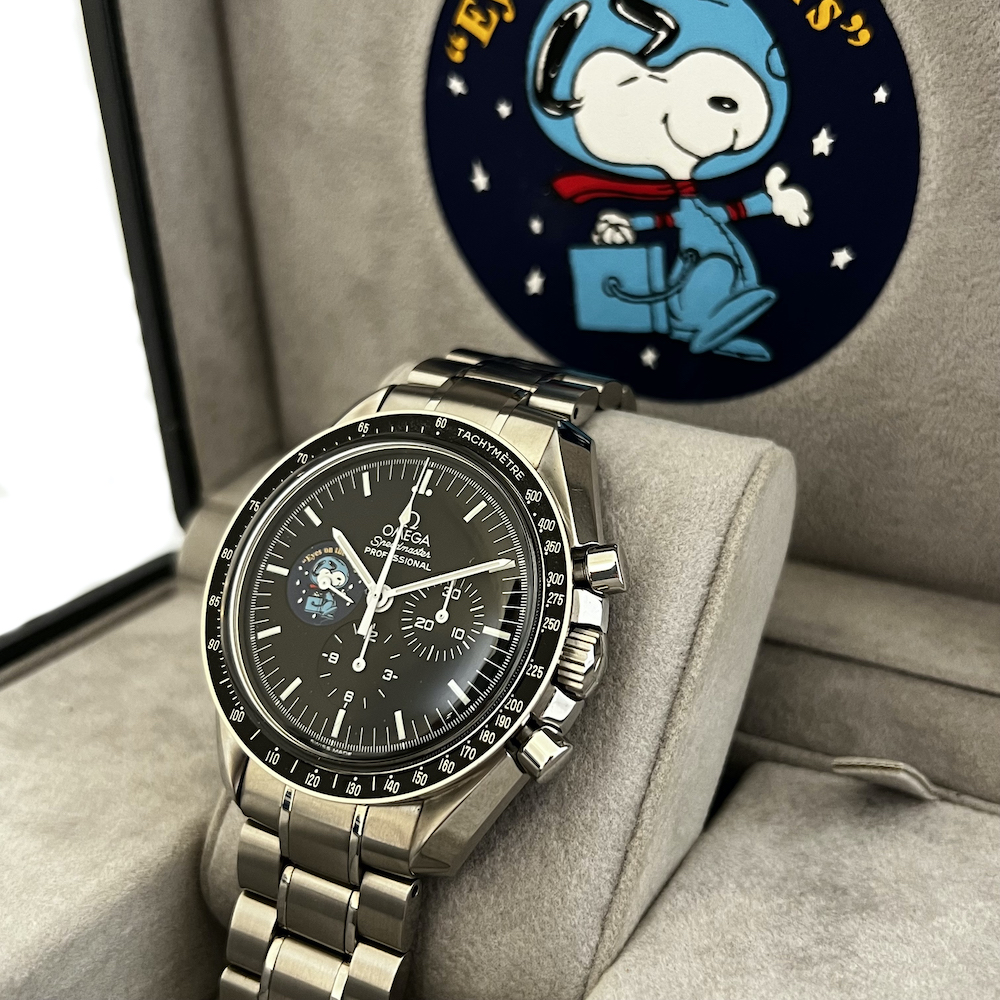 The highly prized timepiece will be offered at Leicestershire-based Gildings Auctioneers’ Jewellery and Watches auction. It is estimated to sell for between £5,000 and £7,000 when it is auctioned 16 years and one day after it was originally purchased for £1,400 from a high street jeweller on March 22, 2006.

After being the first watch worn on the moon by Buzz Aldrin in 1969, the Omega Speedmaster played a pivotal role in saving the lives of the Apollo 13 crew in April 1970 when an oxygen tank exploded on board and Mission Control received the now-iconic message, ‘Okay Houston, we’ve had a problem here.’

The solution depended on timing a fuel burn for the exact 14 seconds needed to adjust the trajectory to hit the Earth’s atmosphere at the correct angle. With the digital timers out of action, this was only possible because astronaut Jack Swigert could rely on the precise timing of his Speedmaster. When the craft splashed into the South Pacific at 1.07pm on April 17th, not only had the crew survived a potential catastrophe, their watches were still keeping perfect time despite the heat and pressure.

Snoopy’s role as the NASA mascot began in 1968, when with Peanuts creator and NASA enthusiast Charles M. Schulz’s support, NASA created the Silver Snoopy Award for those who showed ‘professionalism, dedication and outstanding support that greatly enhanced space flight safety and mission success’.

Following the safe return of the Apollo 13 astronauts in 1970, Omega was awarded the Silver Snoopy Award and went on to create the Speedmaster Professional ‘Eyes on the Stars’ Snoopy Award Wristwatch in 2003, to commemorate the mission. The bond between the much-loved cartoon beagle and American space exploration continues to go from strength to strength with a 2020 version of the watch resulting in global waiting lists. Not only that, when the Artemis 1 rocket is rolled out to the launchpad at Kennedy Space Center on March 17 ready for launch this spring as the first step of NASA’s new era of moon missions, Snoopy will be on board. A Snoopy plush toy in a replica spacesuit will fly to the moon as the unmanned craft’s ‘zero-g indicator’, accompanied by a pen nib from Charles M. Shulz’s studio wrapped in a space-themed comic strip.

“We are delighted to offer this very special watch at our next Jewellery and Watches auction,” commented Gildings’ jewellery and watches specialist, Denise Cowling. “Thanks to its high standard of craftmanship and fascinating history, the ‘Eyes on the Stars’ Snoopy Award wristwatch is highly coveted by collectors, so we expect to see a great deal of interest from bidders on the day. Also, the fact that this watch is expected to more than triple its retail price in just over fifteen years is testament to the current strength of the watch market as a whole.”

The watch features a 30mm black dial with a centre seconds hand and three subsidiary dials with the Snoopy Award on the hour sub-dial. It has an outer black tachymeter bezel and a stainless steel 42mm case showing the Snoopy Award and the limited-edition number 0617/5441 on the back. It has the original Omega Professional bracelet with deployment clasp and extra links. The timepiece is offered complete with box, outer card box, booklets and warranty and pictogram cards.’

“This ‘Eyes on the Stars’ watch was the first of three Snoopy watches produced by Omega,” added Denise Cowling. “It was produced in a limited edition of 5441 as a reference to the length of the Apollo 13 mission – 142 hours, 54 minutes and 41 seconds. The display card reads, ‘In appreciation for dedication, professionalism and outstanding contributions in support of the first United States Manned Lunar Landing Project Apollo, the NASA astronaut team recognizes the achievements of Omega Watch Company Switzerland.’”