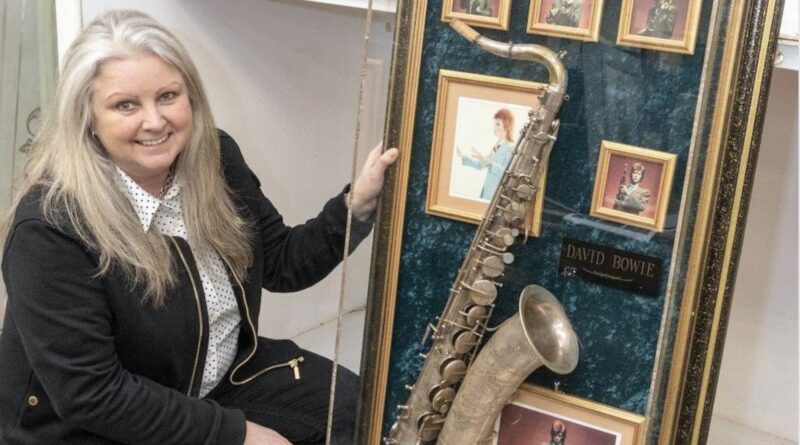 A saxophone understood to have belonged to legendary rock star David Bowie is heading to auction.

Claire Howell, musical memorabilia consultant at Hansons, said: “This saxophone was originally purchased more than 20 years ago at a rock memorabilia auction in Luton from Luminar Leisure. Luminar used to be the UK’s leading nightclub operator with venues such as the Chicago Rock Cafe and New York New York.

“Luminar’s founder, nightlife impresario Stephen Thomas, had a passion for collecting rock memorabilia – particularly instruments owned by David Bowie and Eric Clapton. Sadly, Stephen passed away at the age of 68 in 2021 but he’s remembered with great fondness. His passion for music memorabilia is set to live on thanks to this saxophone’s connection to him and one of the most legendary musicians of all time.”

The saxophone, which is nearly 100 years old, is preserved in a large display case awash with framed photographs of Bowie holding small saxophones – not the larger instrument up for auction.

Claire explained: “The eye-catching display case was, I imagine, created to make the sax stand out on a wall in a nightspot. The framed photos pay tribute to Bowie’s renowned love for the sax and provide a backdrop to enhance the instrument itself.”

“There is a letter of provenance with the item from a man who offered to buy the sax from the Chicago Rock Cafe in Reading, only to be told by management it was not for sale as it had been given to the venue by David Bowie.

“Bowie incorporated the sax into much of his music throughout his career and played the instrument in early recordings. It’s said that, as a boy, he dreamed of being Little Richard’s saxophone player.

The seller, a London-based owner of a music and entertainment business, said: “The item coming to auction is a 1925-1930 Chas E Foote Super ‘REF’ saxophone, serial number 1808. It was imported from Paris to London to acclaimed musical instrument store Chas E Foote, which adds to its historical significance.

“Chas E Foote was founded in Hornsey Road in 1920 by Charles Ernest Foote and still operates today. It’s run for musicians, by musicians. It relocated to Soho in the 1940s and was bought by the Della-Porta family, the founders of Premier Percussion.” 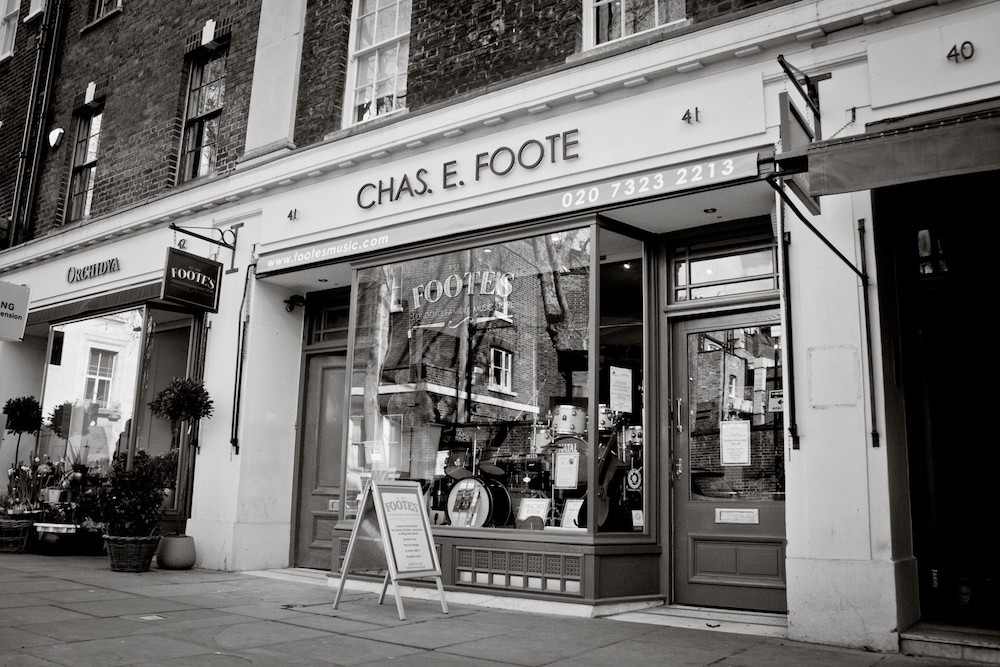 “In 2012, Foote’s was purchased by its long-time sales director Rob Wilson with financial help from a group of investors which included Pink Floyd’s drummer Nick Mason. He bought his very first drum kit from Foote’s.

“In our work to enhance the provenance for this instrument, we contacted someone who worked very closely with Bowie for several years and showed him images of the saxophone. He confirmed that over the course of David’s career he played many saxophones, both during live performances and in the recording studio.

“He described the Chas E Foote instrument as a nice-looking sax, one that could very well have been owned and used by Bowie.”

David Bowie (1947-2016) is regarded as one of the most influential musicians of the 20th century. He was acclaimed by critics and musicians, particularly for his innovative work in the 1970s. He has sold more than 140 million records worldwide. His most downloaded songs include Heroes, Let’s Dance, Space Oddity, Life On Mars, Under Pressure (with Queen) and Starman.