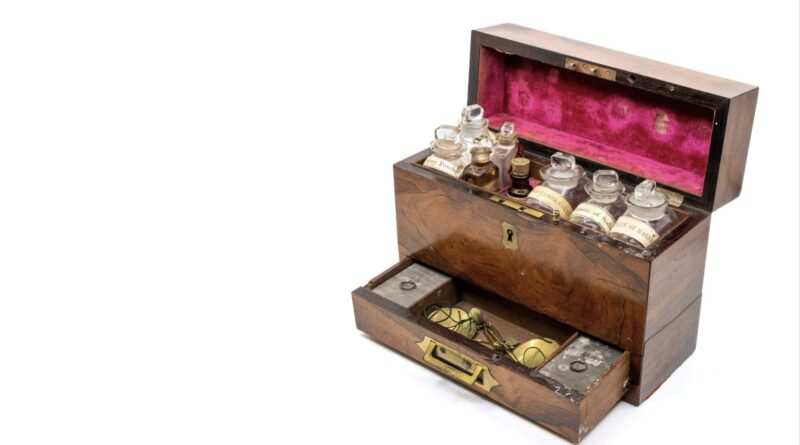 The early 19th Century rosewood apothecary box dates back to circa 1810, making it around 212 years old. Nevertheless, it’s still filled with bottled treatments to tackle ills, and pills made in Georgian England. 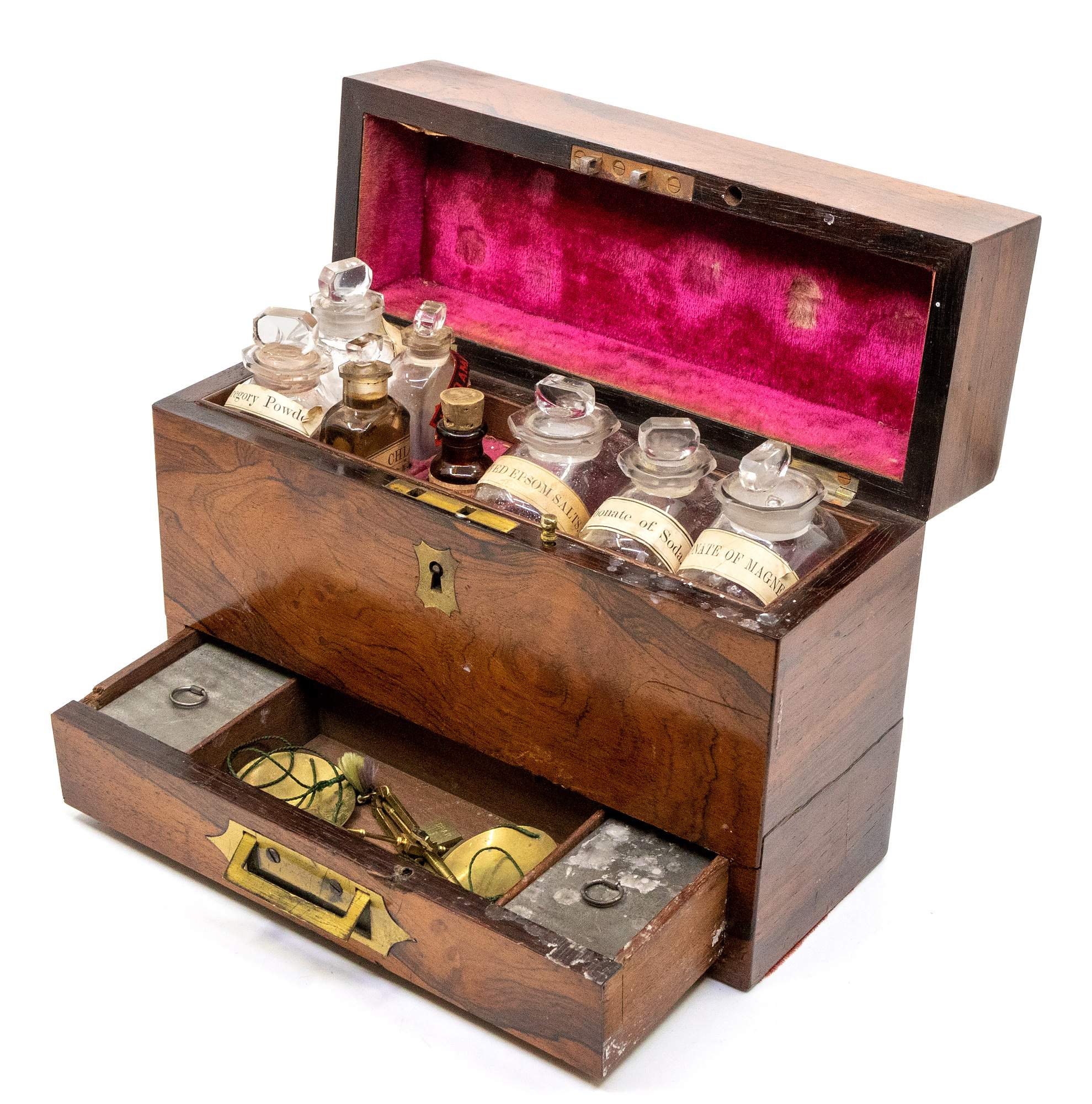 The Georgian rosewood apothecary box is now set to go under the hammer in Hansons Auctioneers’ May 19-23 Antiques and Collectors sale with an estimate of £650-£850.

Charles Hanson, owner of Hansons, said: “It really is quite remarkable to handle medicine jars still containing original powder and treatments.  For example, Gregory Powder was thought to be good for indigestion, heartburn and irregular bowls.  One large teaspoonful could be taken with water. 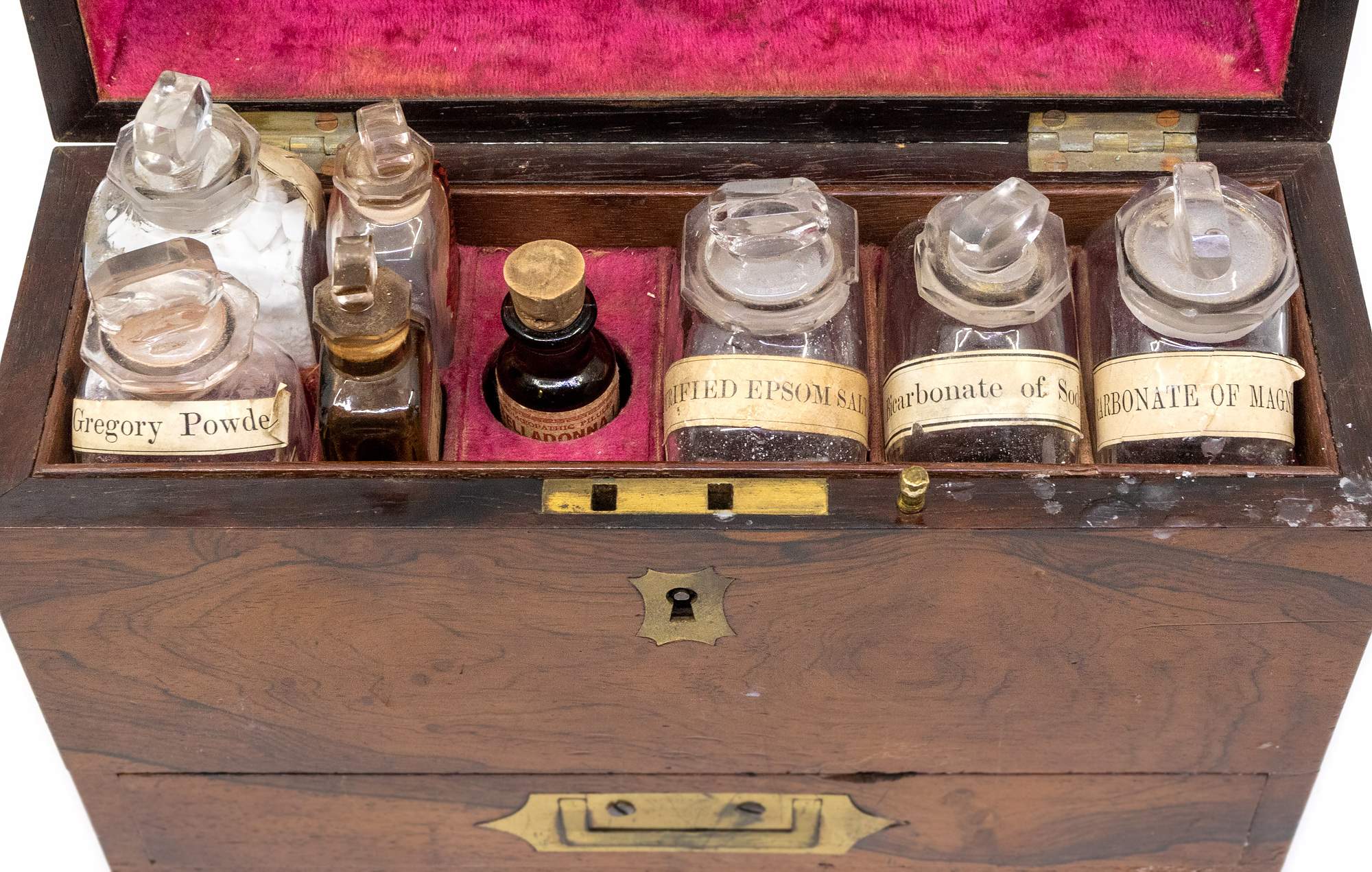 “Belladonna can be poisonous but it has long been used in alternative medicine to treat everything from arthritis pain, colds or hay fever to whooping cough and motion sickness. Chemical extracts from it are used in medicine today.

“Many of the jars are original and, remarkably, the box also houses a tin containing ‘The Pills of’ followed by a name written by hand. They’re in their original chemist’s paper from Savory & Moore, chemists to King George III. He reigned from 1760 to 1801 and died in 1820.

“This medicine chest provides an historical insight into treatments prescribed for ailments centuries ago. Interestingly, this was before the world of medicine witnessed major breakthroughs which came about in the late 19th century.

“It’s an exciting fined, particularly perhaps to any pharmacist or doctor. It was passed on within a family with provenance connected to the world of medicine.  It’s remarkable to think this chest was probably manufactured five years before the battle of Waterloo and 27 years before Queen Victoria came to the throne in 1837.”