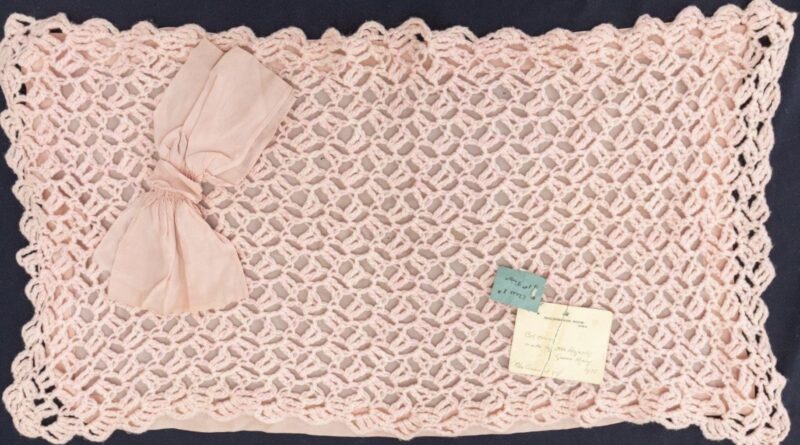 A grandma is giving up a unique royal treasure won when she was a baby – a blanket made by a queen – to help war-torn children.

Kathleen Pritchard, 83, from Rainham, Essex, won the pink crocheted cot blanket made by Queen Mary in 1938 thanks to her mum, Florence. She spotted a competition to win the blanket at a mother and baby clinic at the Claremont Mission in Islington, London, shortly after Kathleen was born. 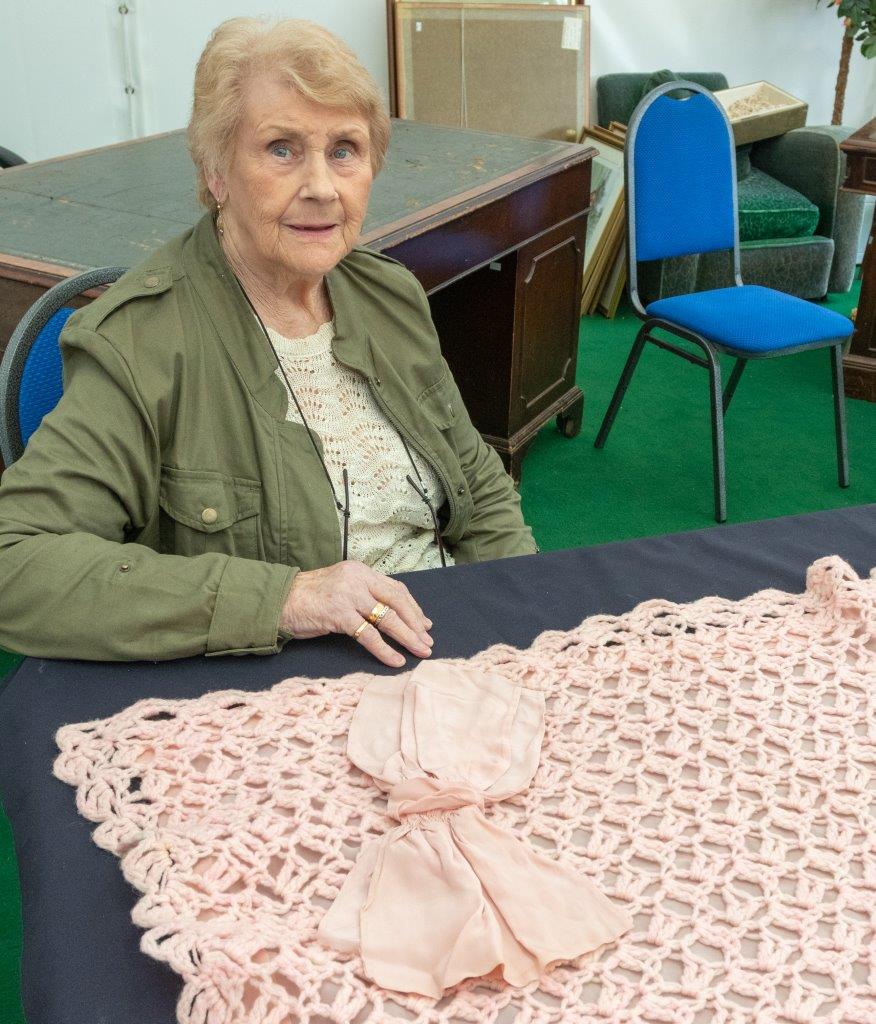 Two royal blankets were up for grabs – pink for a girl and blue for a boy – and Florence was lucky enough to pick up the prize for Kathleen whose middle name is Mary, after the queen.

The tiny blanket meant so much to them the family never went anywhere without it. They even took it into underground bomb shelters when air raid sirens went off during the Second World War.

It survived the 1939-45 conflict and now, aptly is being used to help children caught up in another war. Kathleen has decided to part with the blanket to help youngsters in Ukraine, and, because she is a staunch royalist, it will be sold in an auction honouring the Queen’s Platinum Jubilee.

The royal blanket will go under the hammer on Thursday, May 26 in Hansons Auctioneers’ Royal Memorabilia Platinum Jubilee Auction with an estimate of £600-£800. It still bears its original ‘1st prize’ tag and a handwritten note on Marlborough House headed paper saying ‘Made by Her Majesty, Queen Mary, 1938’. All proceeds raised will go to Save The Children’s Ukrainian appeal. 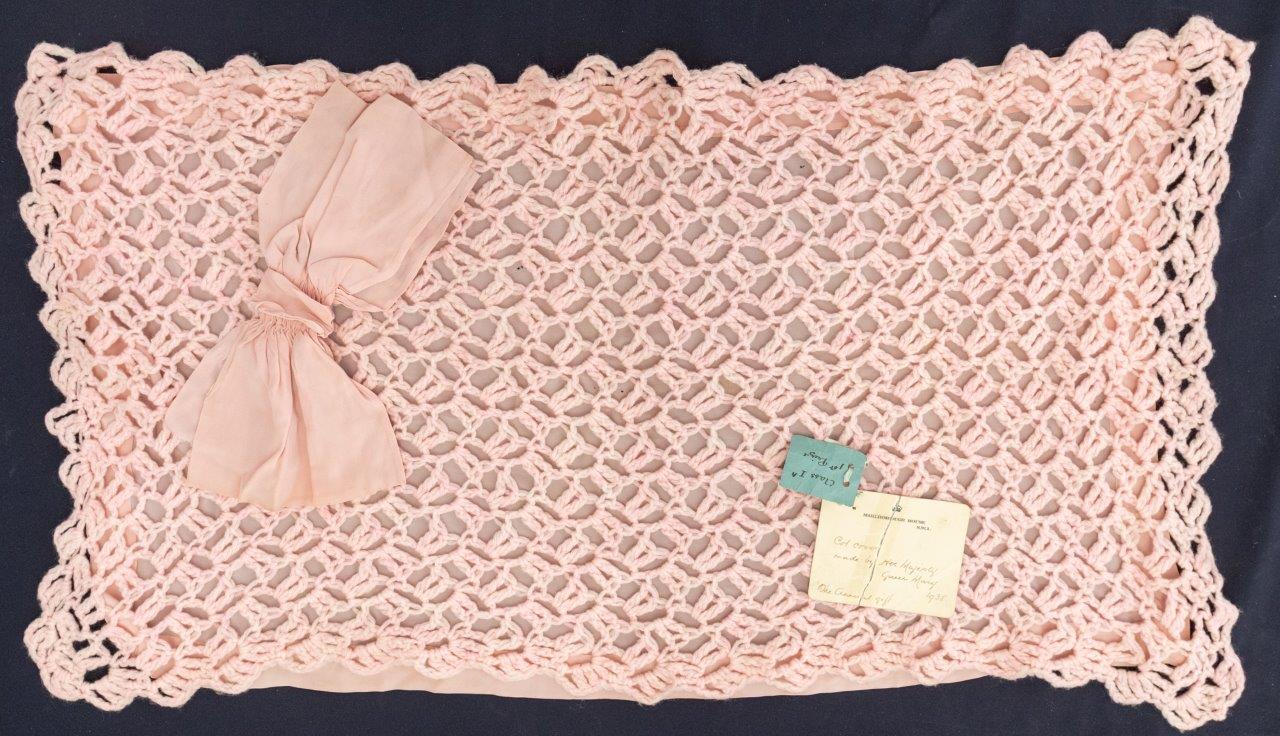 Kathleen, a retired machinist with seven grandchildren and five great-grandchildren said: “The blanket was my mother’s most valued and precious possession. It was never used but kept in a box in a draw. It was only given to me after I got married and became pregnant with my twins, Steven and Alan.

“We all love the royals and are very proud of the royal connection. I have a picture of the Queen above my television set and a plate with Queen Mary’s portrait on.”

Granddaughter Carlie Bussey masterminded the auction of the blanket after her nan explained why she wanted to part with it.

Carlie, 42, from, New Barn, Kent, an IT manager with Direct Line Group, said: “Nan has so many grandchildren and great grandchildren she can’t possibly choose between us to hand it down. She is also extremely saddened and upset by the conflict in Ukraine and wanted to raise some money to help children over there.

“It’s extremely moving to be honest. My nan doesn’t have a lot. This is still her most prized possession but she wants to help and give something back.

“I decided to contact Charles Hanson, owner of Hansons Auctioneers, because my nan and grandad, Alan, are keen fans of Charles and avid watchers of Antiques Road Trip. We hope Charles can help nan achieve the best possible price for the blanket to benefit Save The Children.

“We made a family trip to Hansons’ Derbyshire saleroom to deliver the blanket in person to Charles and that was a wonderful experience. Nan thoroughly enjoyed it and now has lots more memories to share with her friends at the bowls club.”

Charles Hanson said: “I was moved by Kathleen’s decision to sell this special blanket for Save The Children. It’s an unusual piece of memorabilia which should appeal to royal collectors worldwide. To part with something so precious, an item she has treasured all her life, to help others is admirable. It is an honour and a privilege to help Kathleen. I hope Hansons can achieve an excellent price for her and her chosen charity.”