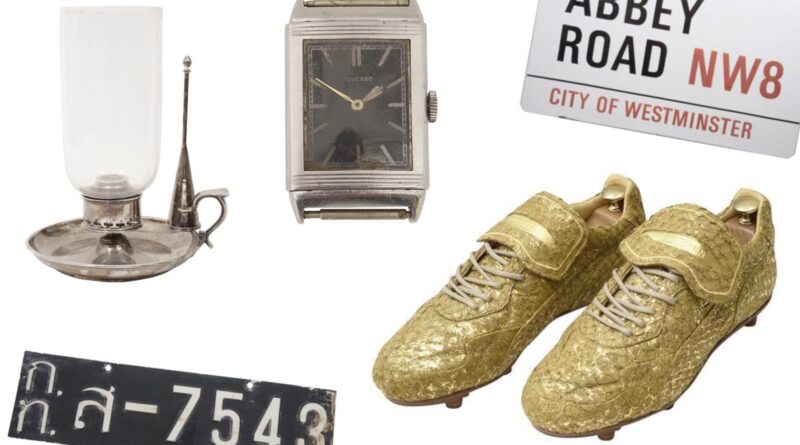 To celebrate 10 years of Catherine Southon Auctioneers & Valuers, they will be holding their first two-day sale comprising 850 lots of jewellery, watches, silver; luxury accessories, furniture, textiles, paintings, ceramics, collectables plus Chinese and Japanese works of art – the biggest sale that the auction house has held to date. 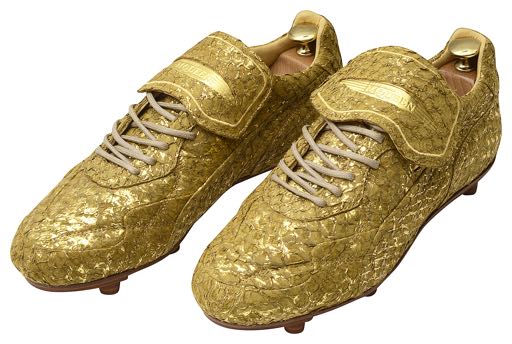 Among the highlights will be magnificent pair of limited edition unworn Alexander McQueen and Puma King ‘golden’ fish skin football boots which are expected to fetch £3,000-5,000. Numbered on the heel 7/30, the handcrafted boots have stitching under the tongue reading ‘LIMITED EDITION WORLD CUP’ and the outside with designers name in a lozenge ‘ALEXANDER McQUEEN’.

As Catherine Southon explained: “We are excited to be offering these boots in our 10th Anniversary Sale. They were limited to 30 pairs and were not available to be purchased from Puma, they were gifted by Puma to select friends and VIP’s in recognition of 2014 World Cup in Brazil. The boots, which are really a work of art, are contained within a perspex display case, together with an Alexander McQueen collaboration book and are being sold by a private gentleman who was gifted them by a VIP.”

Continuing the ‘golden’ theme is an original prop number plate used on Scaramanga’s AMC Matador Coupe in James Bond’s The Man With The Golden Gun from 1974.  Being sold in during the 60th anniversary year of the James Bond films, the pressed aluminium plate is painted black with white embossed figures ‘กฑส-7543’ and is also estimated at £3,000-5,000.

As Stephanie Connell, auctioneer and valuer at Catherine Southon, said: “The iconic AMC Matador Coupe is driven by Francisco Scaramanga (Sir Christopher Lee) in the film. The vehicle is instantly recognisable as the flying car, which transforms into an aeroplane allowing Scaramanga and Nick Nack to avoid capture.”

She went on to say: “American Motors Corporation provided a number of vehicles for the production as part of a publicity campaign for the company. This prop number plate was gifted postproduction to the former International Marketing & Distribution Manager for American Motors Corporation, who during his career was based in both the UK and USA. The vehicle was shipped to the production in Thailand from the UK and postproduction the vehicle was returned to Swindon, UK where the father of the present owner was presented with plate. 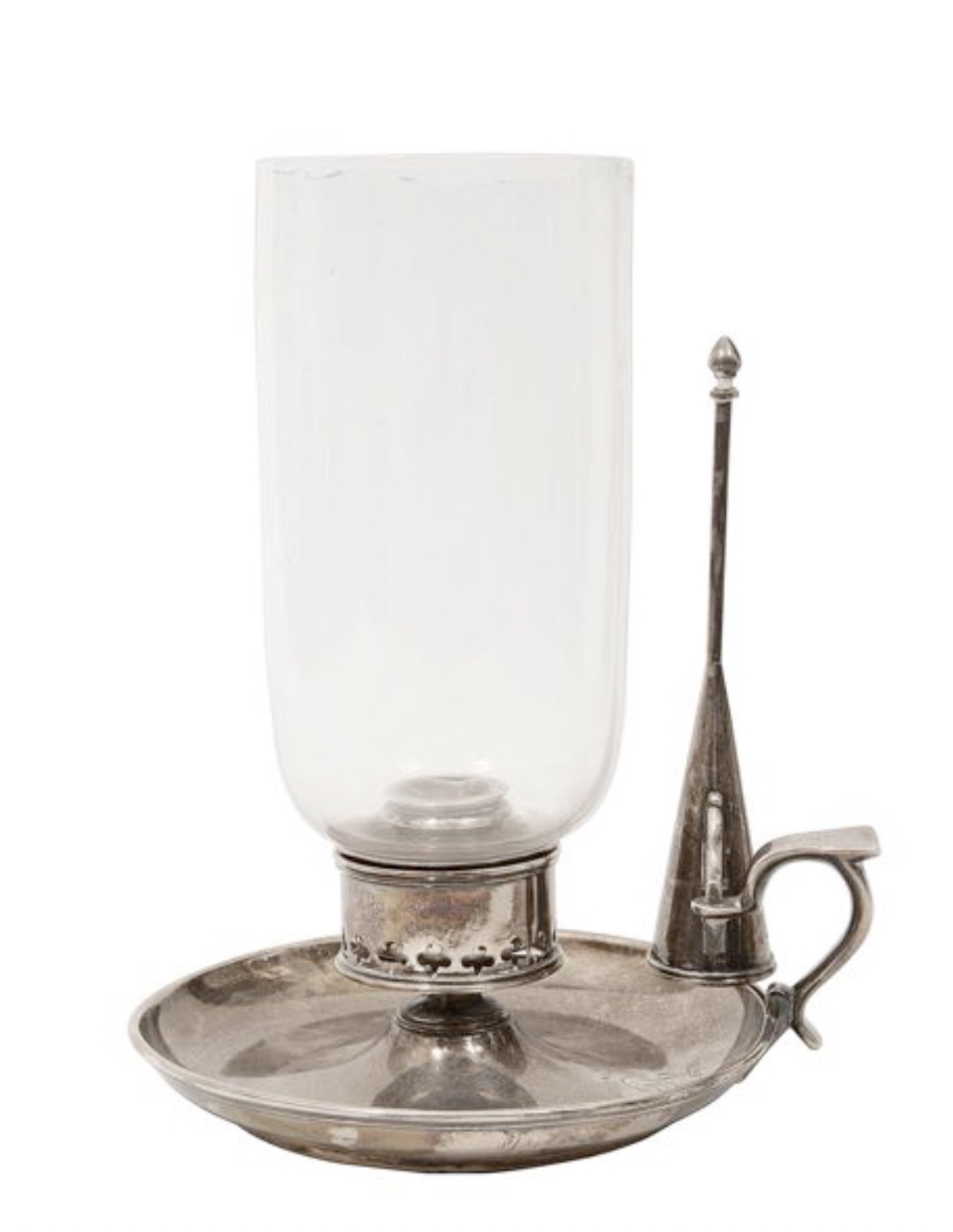 Also of interest is a silver candlestick that is believed to have been given by Queen Victoria to her personal attendant and favourite John Brown (1826-1883). Engraved ‘From V R Xmas 1871’, initialled J.B., it is stamped Garrards Panton Street London and carries an estimate of £800 – 1,200. It is being sold by a private collector.

As Stephanie Connell said: “We are very pleased to be offering this chamberstick which we believe was given to John Brown by Queen Victoria – he was her loyal companion for many years, who was epitomised in the film of 1997 featuring Dame Judi Dench and Billy Connolly.”

Following on from the success of the sale of the street signs on behalf of Westminster Council in the past few years. A late 20th-century enamelled City of Westminster Abbey Road NW8 street sign with iconic black and red sans serif lettering first created by Sir Misha Black in 1967 is estimated at £1,500 – 2,500. 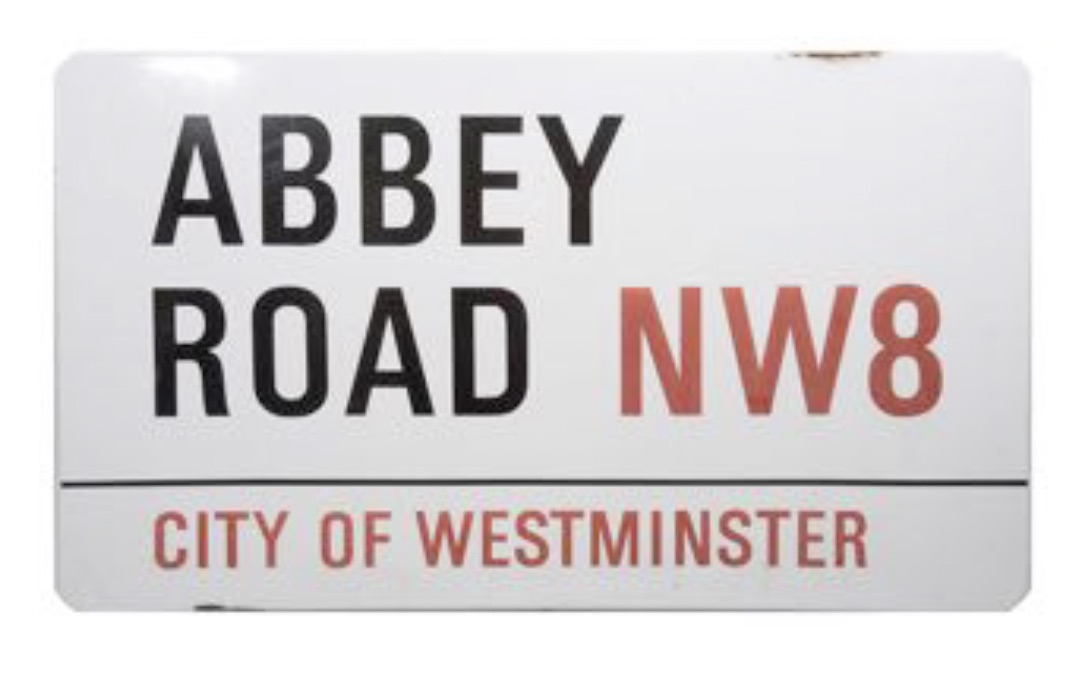 Catherine Southon’s February sale saw the sale of a Rolex Pepsi Watch for a significant amount, and this sale will include another interesting watch. A rare stainless steel Reverso reversible Tavannes 064 wristwatch, dating from 1931 – which was discovered at a Valuation Day at Mersham and is being sold by the daughter of the original owner. In British East India, Cesar De Trey sought the help of Jacques-David Le Coultre III to invent a watch that could withstand a game of polo. The watchmaker united with designer Rene Alfred Chauvot and the Reverso were born. The watch dial being concealed by reversing the case to protect from mallets! This watch, which is also estimated at £3,000-5,000, and stamped Patents app for implying, is thought to be one of the earliest reversible watches. 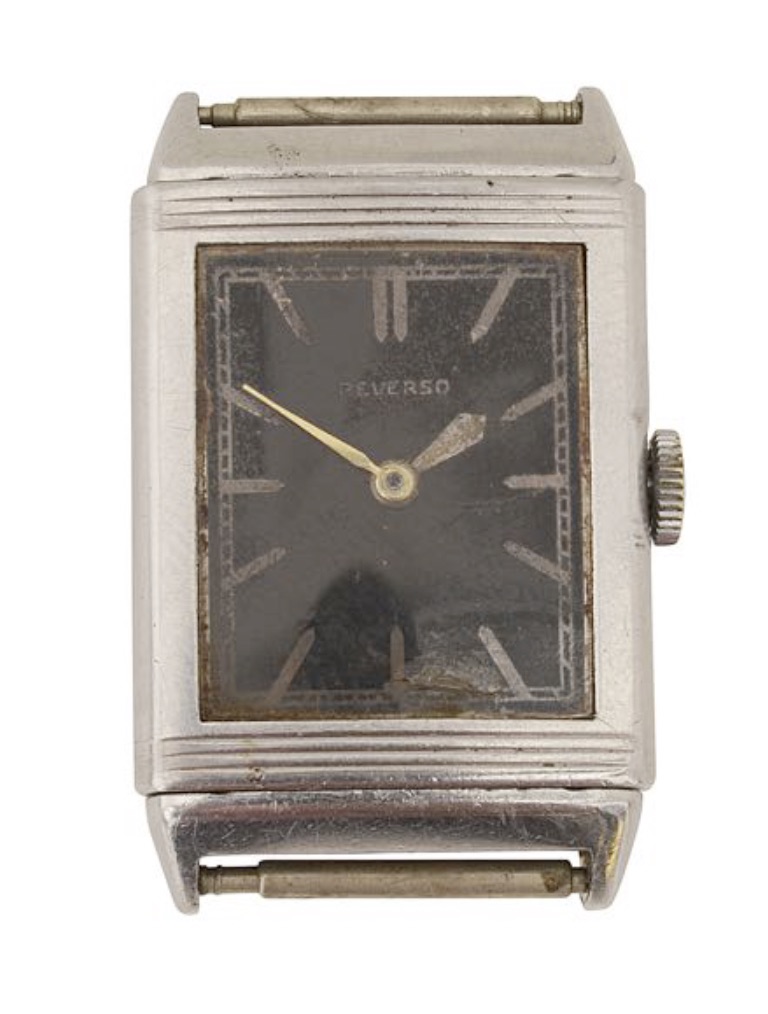 The sale includes over 300 items of jewellery, particularly exciting are an impressive early/mid Victorian diamond graduated riviere necklace which is estimated at £15,000-20,000.  According to the vendor, 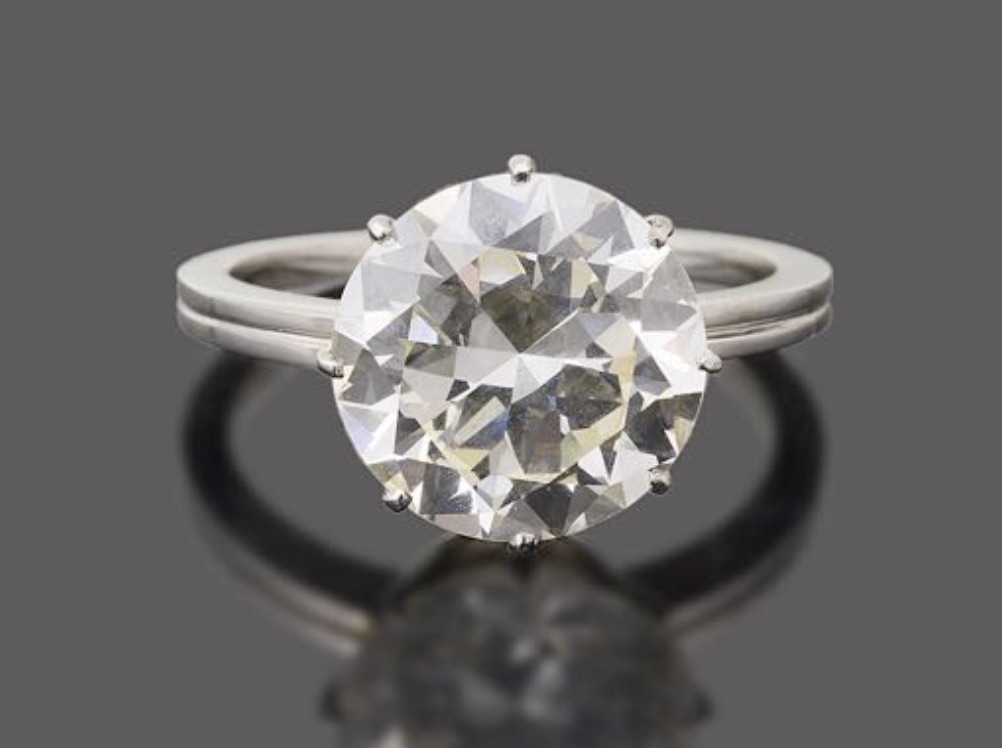 this necklace was purchased from Garrard and Co, Regent Street, London in May 1948 and comprises 51 graduated cushion-shaped old brilliant-cut diamonds. A stunning 4 carat diamond single stone ring with a very light yellow brilliant-cut diamond carries an estimate of £10,000 – 15,000; while a pair of diamond flower ear clips attribution to Cartier are expected to fetch £8,000-12,000 and an emerald and diamond-set ring with the central octagonal emerald weighing 2 carat is estimated at £4,000-6,000.

Elsewhere a pair of paintings of Dunster Castle and Minehead Key, which were discovered in a house clearance will be offered. Dating from 1735, the naive topographical views are by 18th century English artist George Wood. Similar works by the artist can be seen at the National Trust’s Dunster Castle. They too are expected to fetch £3,000 – 5,000, while an oil painting by attributed to George Chinnery (1774-1852) depicting a Chinese Street Scene at Macao, was one of two paintings which came into a valuation day at Farleigh in a laundry bag, and is estimated at £3,000-5,000.