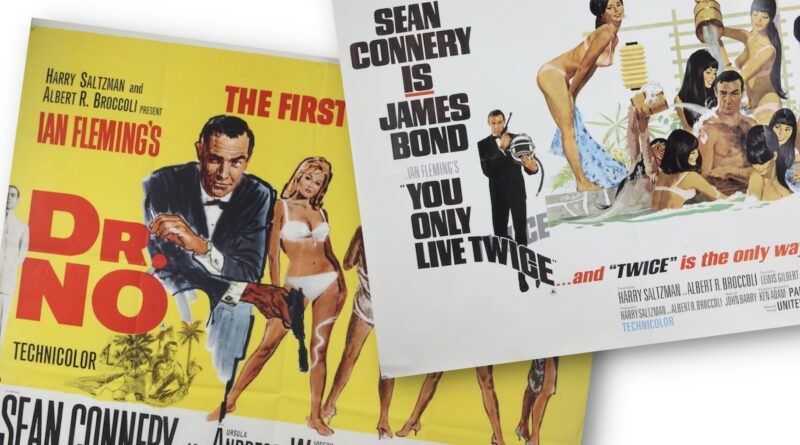 Movie fans will be left shaken and stirred by the raft of James Bond memorabilia on sale at Ewbank’s forthcoming auction dedicated solely to the most famous spy in the world.

Ewbank’s, Surrey’s leading international auction house, will host the sale on May 27 at its auction-rooms just off the A3 near Guildford.

More than 150 lots will be going under the hammer including replica props from the much-loved movies, production-used props from the films and rare vintage posters.

One of the most valuable lots going on sale is a 24-carat gold-plated replica golden gun, which carries a pre-sale guide price of between £6,000 and £9,000. The gun was manufactured by the specialists at S.D. Studios Ltd in 1994 to celebrate the 20th birthday of the 1974 Bond film, The Man With The Golden Gun, starring Roger Moore in the title role for the second time. 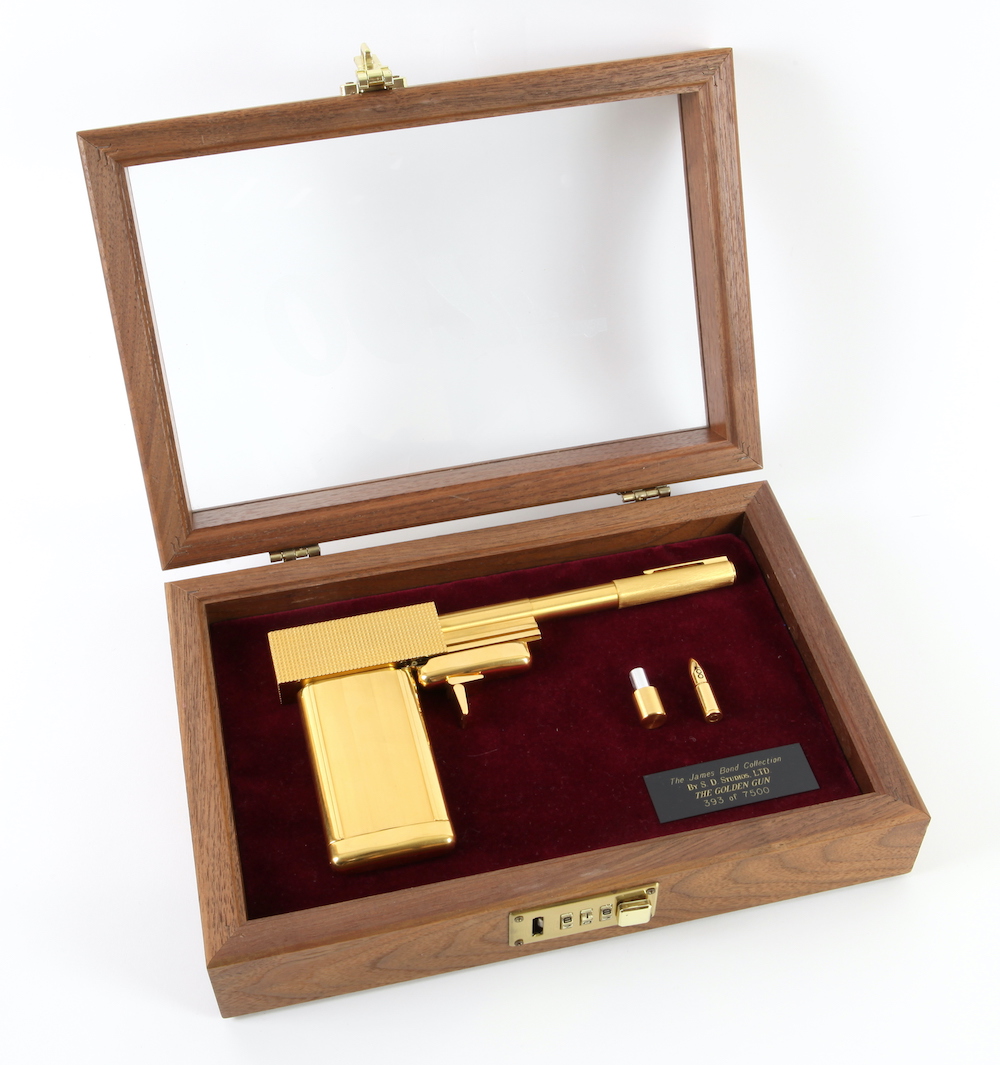 The replica gun, numbered 393, is assembled from a dummy Colibri lighter, and features a dummy pen for the barrel and a dummy cigarette case for the handle. It comes with a dummy cufflink trigger, with replica bullet engraved 007. All items come in a presentation case with combination lock and descriptive plaque.

Another replica Bond weapon on sale is a limited-edition laser rifle prop, made by Factory Entertainment, to celebrate 50 years since the launch of Moonraker, which has been valued between £400 and £600. The replica rifle is numbered 001/500 and was created after exhaustive study of the original prop in the EON production archives. It is made from polyresin, and comes with Certificate of Authenticity, prop story booklet, print, and is boxed with original packaging.

Another lot sure to pique the attention of die-hard Bond fans is an original poster advertising the first Bond film, Dr No, which screened in 1962, starring Sean Connery as 007. The rare poster has a guide price of between £8,000 and £12,000, and features illustrations by Mitchell Hooks. 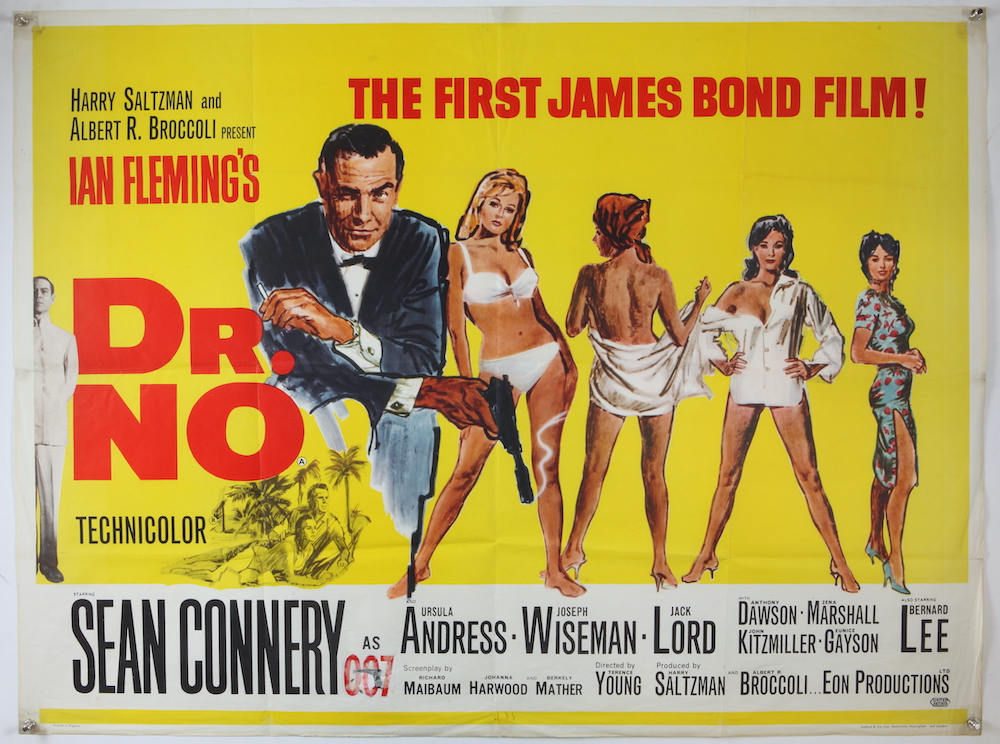 Another Dr No-related lot of note is a £500 Le Cercle gaming plaque which was used in the shooting of the film. It has been valued between £800 and £1,200. Gaming plaques and chips were used at Le Cercle casino, where Connery, as 007, memorably introduced himself with the immortal line “Bond, James Bond” for the first time.

The production-used original plaques were loaned by Le Cercle casino at Les Ambassadeurs Club. The plaque is made of plastic and has a green pearlescent finish. One side features Le Cercle, £500 and a unicorn decoration, and is stamped 0039. The reverse shows £500, Les Ambassadeurs Club and a black picture of the club. 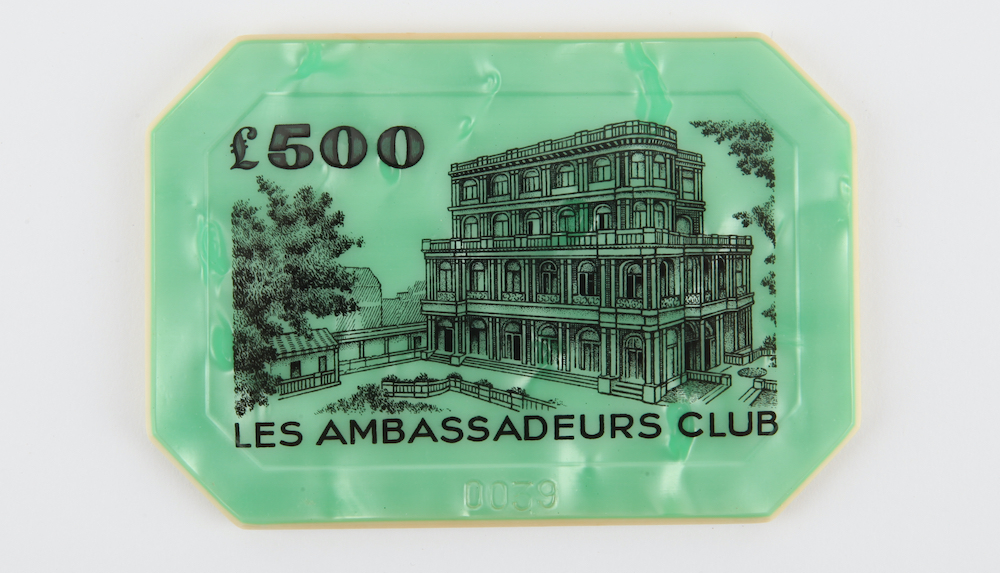 Other highlights to watch out for in the auction include a poster for 1967 movie, You Only Live Twice, also featuring Connery as Bond, which has been valued between £1,500 and £2,500. 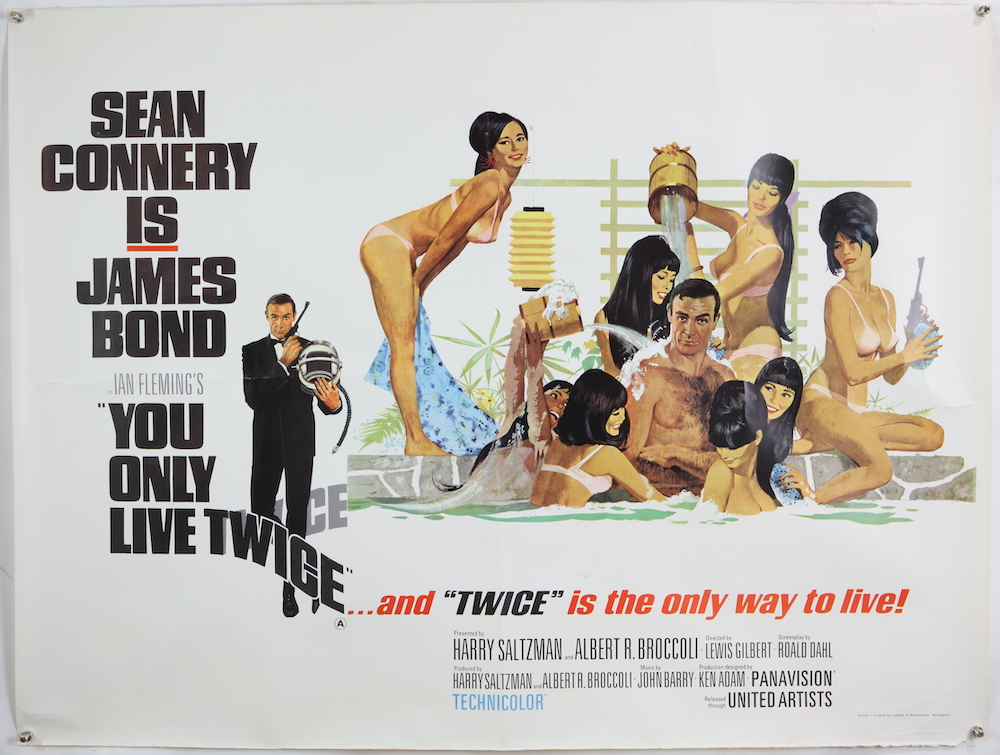 A replica limited-edition Faberge egg, paying homage to the one in 1983 Bond movie, Octopussy, carries an estimate of between £800 and £1,200. Its 22-carat gold-plated body is encrusted with 96 pale sapphire-coloured Swarovski crystals with the hinged lid revealing a model of the Russian Imperial Coronation Coach. It comes with certificate, original box and stand. 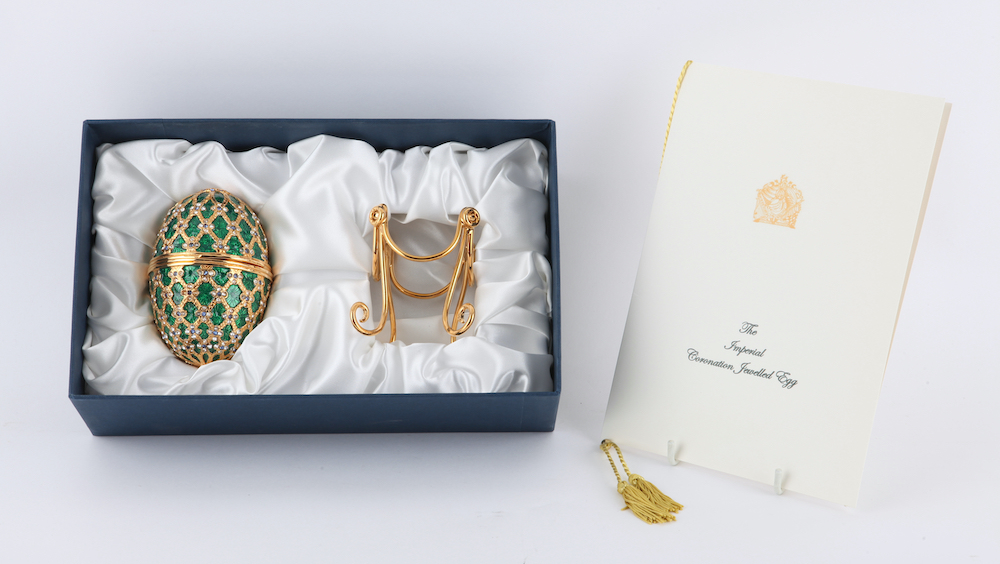 A top hat worn by Daniel Craig as Bond in 2015 film, Spectre, has been valued between £80 and £120. The Jaxon & James top hat, size large, was worn by Craig during the Day of the Dead opening title sequence and is sold with a copy of his skull mask. 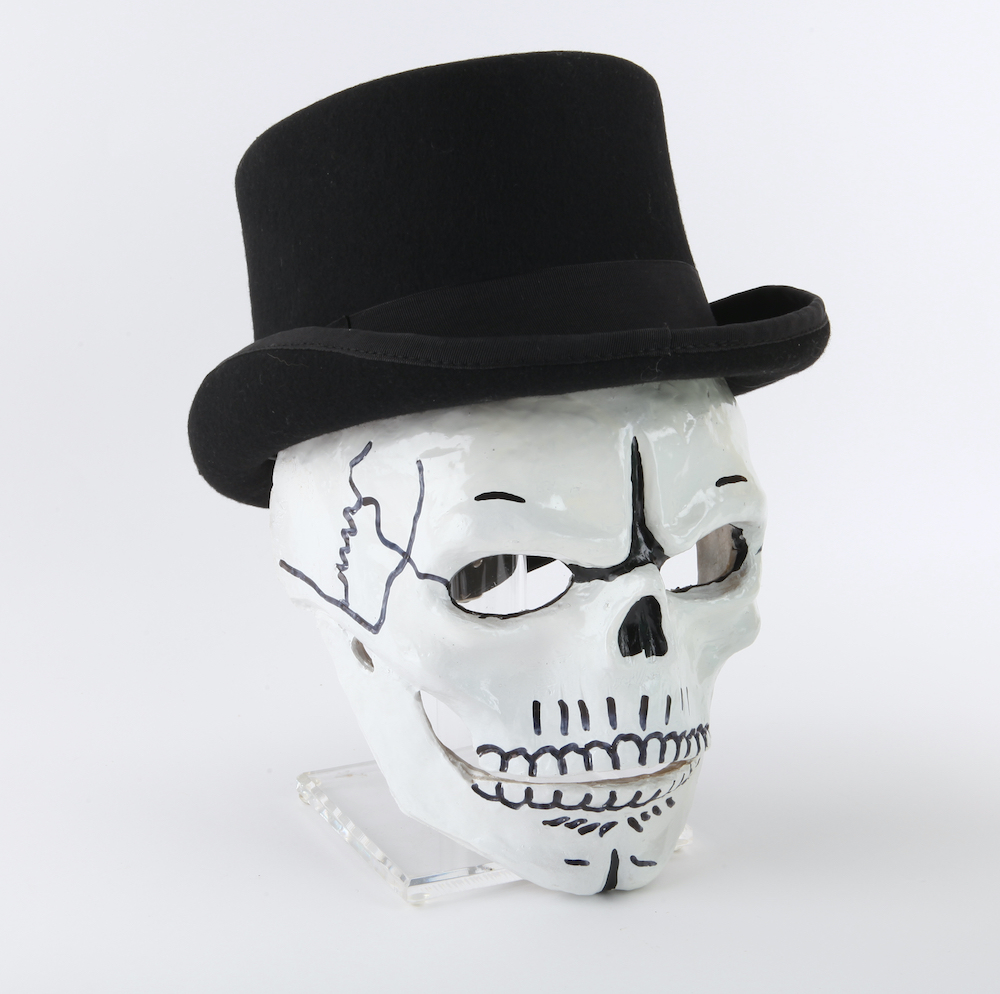 A collection of 16 Jeff Marshall limited-edition prints featuring 16 different James Bond films, including Thunderball, From Russia With Love, Dr. No, Moonraker and For Your Eyes Only, has been valued between £200 and £400. Some of the prints are hand-numbered and signed by the artist.