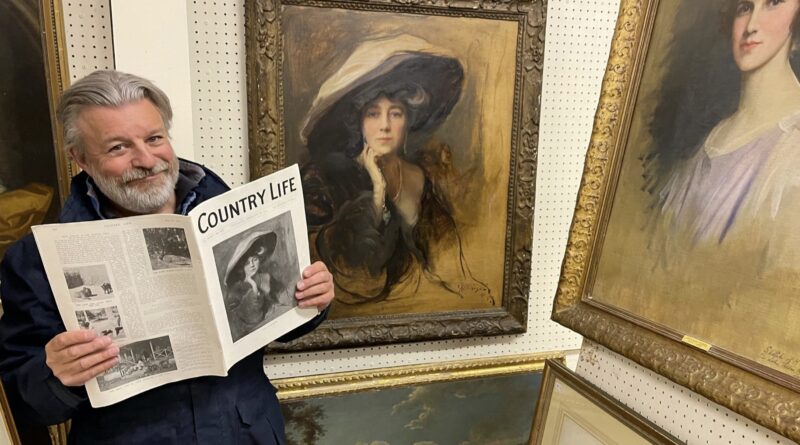 A portrait in oils that brings together two of the biggest names in British publishing is to go under the hammer in the Cotswolds next month with an estimate of £20,000 to £30,000. 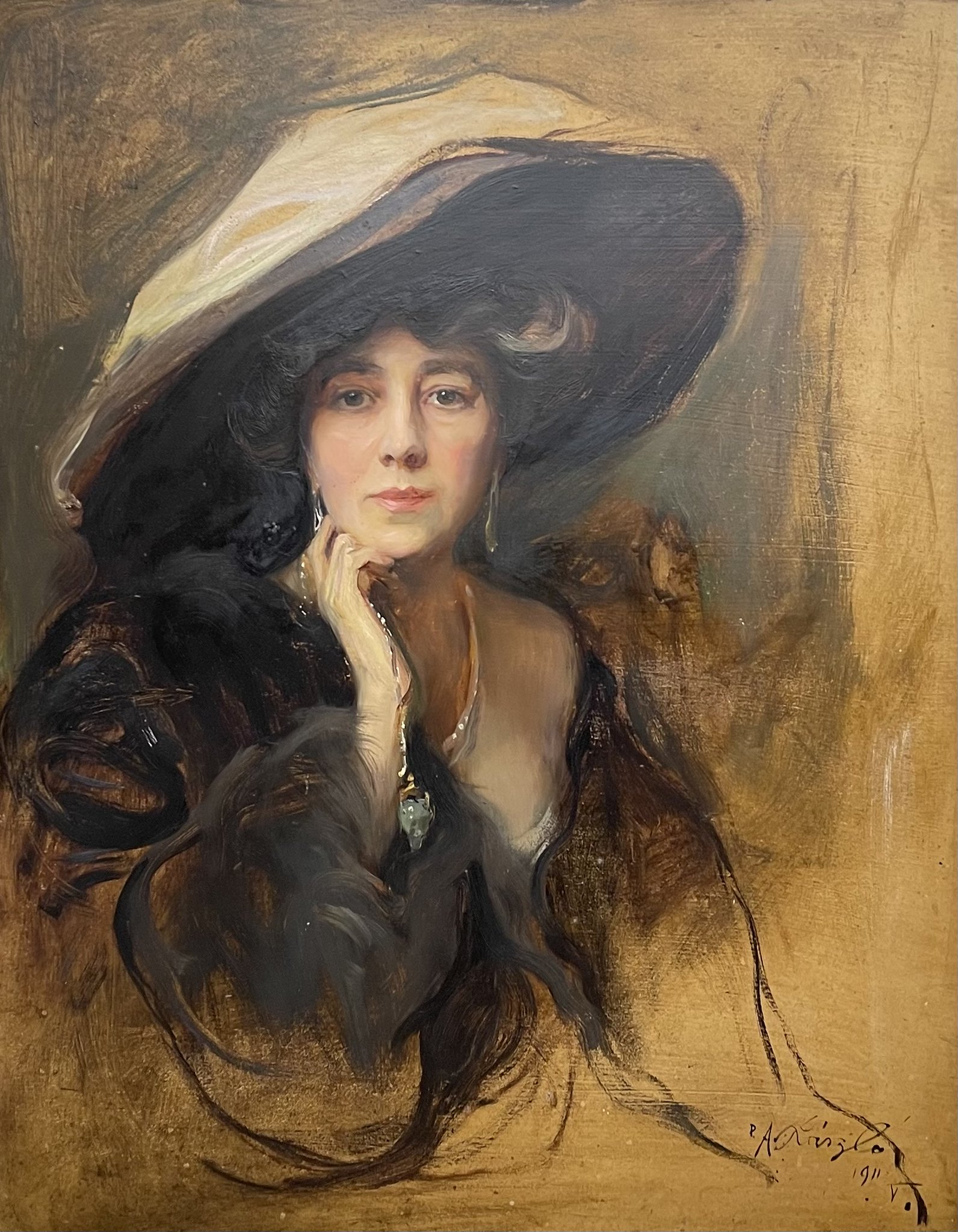 At the time the frontispiece of the magazine would generally feature the portrait of a young woman of society – a feature that became known as ‘girls in pearls’.

And so it was that László’s portrait of Lady Northcliffe – resplendent in a wide-brimmed hat and with requisite pearls – found itself on the cover of issue 892, published on February 7, 1914. 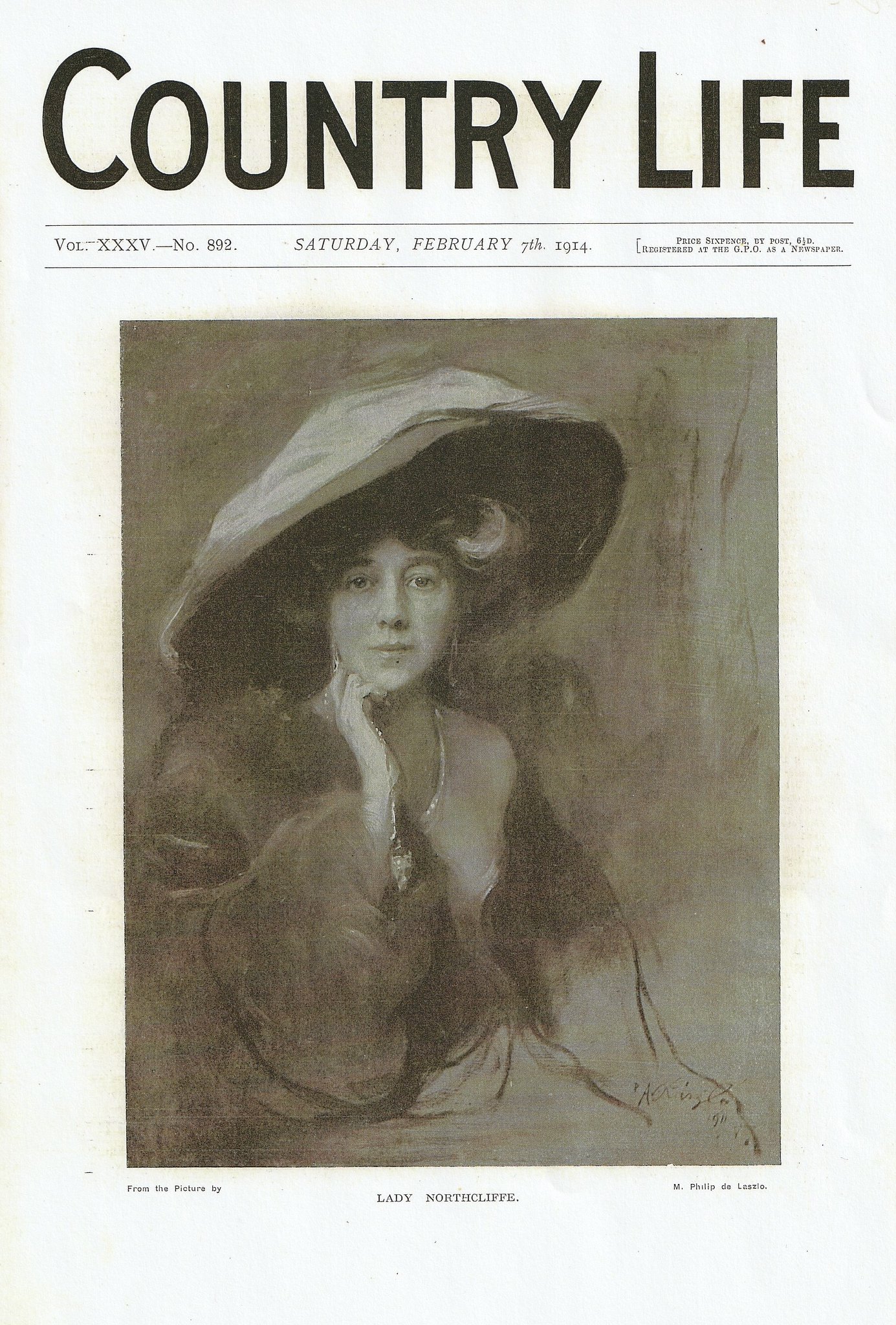 Not that László was delighted with the exposure. In a letter sent by Country Life editor Edward Hudson, addressing a complaint from the artist a month after publication, the journalist explains: “Lady Northcliffe showed me the portrait when I was at Sutton, and… suggested that I might like to show this portrait as the frontispiece of that particular issue. We had no idea we were transgressing in using the portrait as a frontispiece to the Sutton Place Number.”

László had painted Lord Northcliffe in 1908. The portrait is now held by the trust that owns the Daily Mail and is believed to hang at Northcliffe House, the London headquarters of the newspaper.

In the spring of 1911 László invited Lady Northcliffe to sit for him. She gave the finished portrait to her husband as an unexpected gift. Lord Northcliffe sent a letter of thanks to the artist: “My lady’s picture is most perfect. I had not heard of it and had a most delightful surprise this morning.”

Lord Northcliffe offered to pay for the portrait but the artist declined: “You don’t know what a great pleasure it is to me to hear again from you how much you are pleased with the portrait of Lady Northcliffe. I know how difficult it is to please you in this direction, and I am happy to have succeeded.

“As I myself asked Lady Northcliffe to give me the opportunity to paint her portrait you can understand that it is not possible for me to reply to your kind request.”

Towards the end of the First World War, Lady Northcliffe – who was childless, but had lost four nephews in combat – appealed to her society friends to donate a pearl, intending to create a string of pearls that would be auctioned to raise money for wounded troops.

Queen Alexandra, the Queen Mother, was one of the first to donate. Another was donated by a Countess from a necklace she had worn aboard the Titanic. Soon pearls were flooding in from all over the world in memory of fathers, husbands, and sons. In the end 4,000 pearls were collected – enough to make more than 40 necklaces.

A month after the signing of the Armistice, in December 1918, the necklaces were auctioned at Christies in London, raising £94,000 – more than £5 million today.

For her efforts, Lady Northcliffe was awarded the Order of the British Empire. 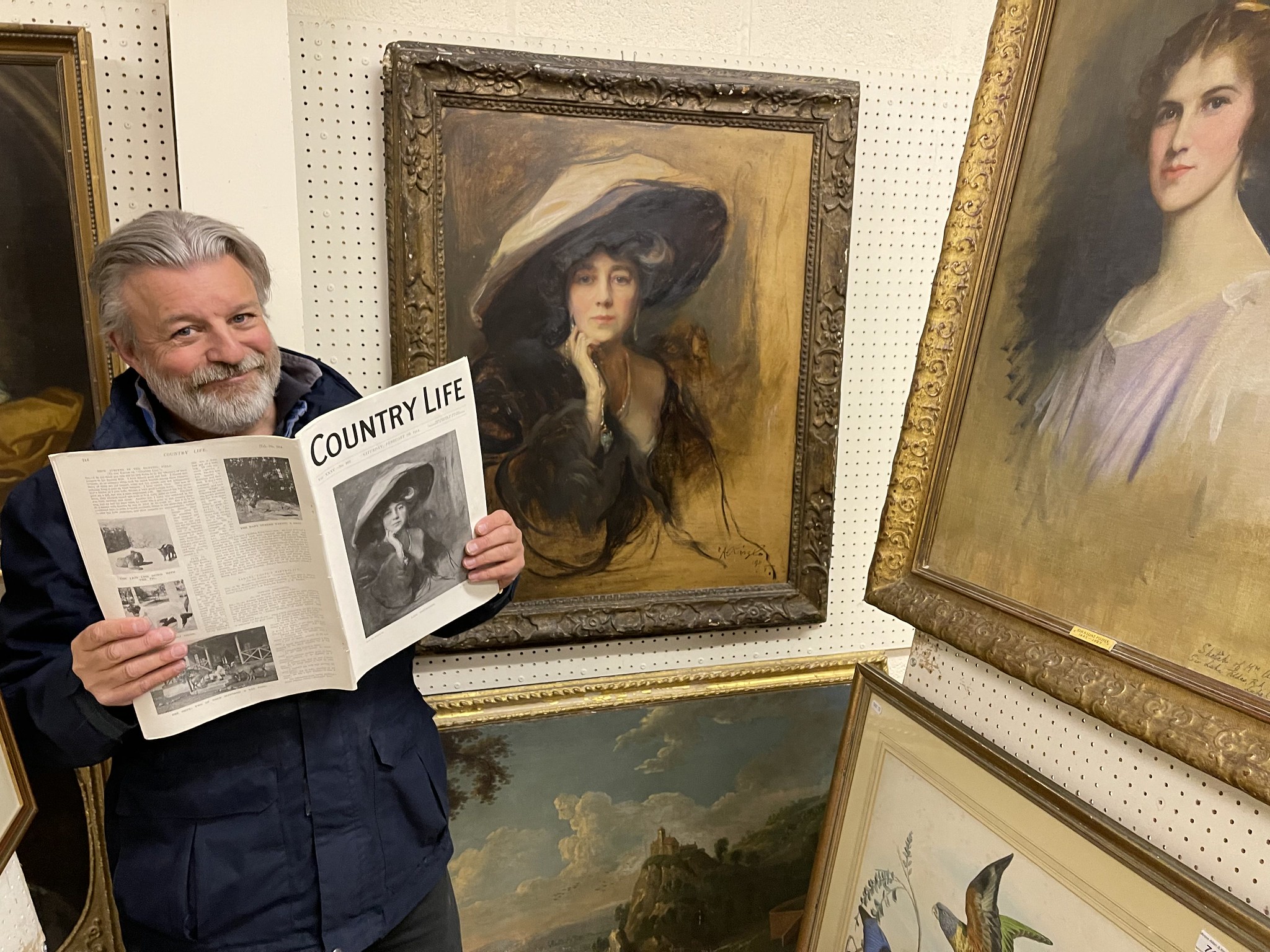 The portrait has remained the the family since it was painted. The auction at Moore Allen & Innocent in Cirencester on June 8 and 9 will mark the first time it has been offered for public sale. Auctioneer Philip Allwood said: “Lady Northcliffe was a remarkable woman, who deserves to be remembered for her fundraising efforts during the Great War. We anticipate a great deal of interest in this painting, which comes to market for the first time in more than 100 years.”