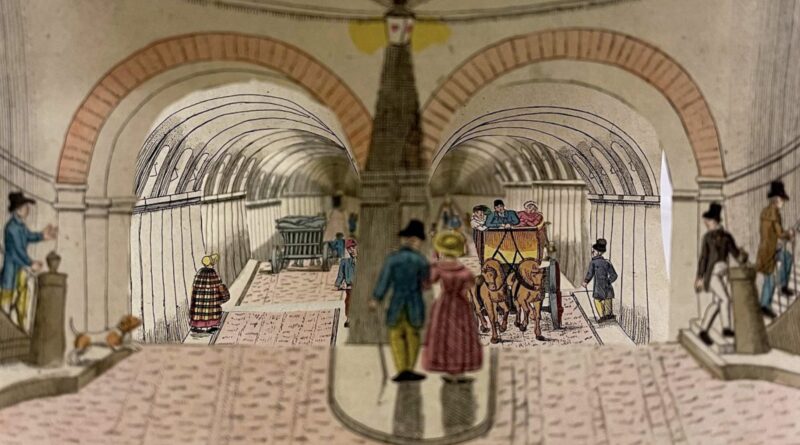 One of the most extraordinary feats of Victorian engineering is remembered in an upcoming North Yorkshire sale of Books, Maps and Manuscripts, with a paper peepshow of the Thames tunnel, estimated at £200-300.

The tunnel was the first of its kind to be dug under a navigable river, made possible by the ingenuity of engineer Marc Brunel and his more famous son Isambard. From the early days of its construction between Rotherhithe and Wapping, which began in 1825, the tunnel became a popular subject for folded and cut paper peepshows that gave the viewer a three-dimensional view into what the tunnel would look like when it was completed.

While many peepshows were made to be sold as tourist souvenirs after the opening in 1843, it is likely that this is an early example as it shows horse drawn carriages in the tunnel; the ramp that would have allowed access for carriages into the tunnel was never built and it remained pedestrian only until it was converted into use by the railway in 1865. 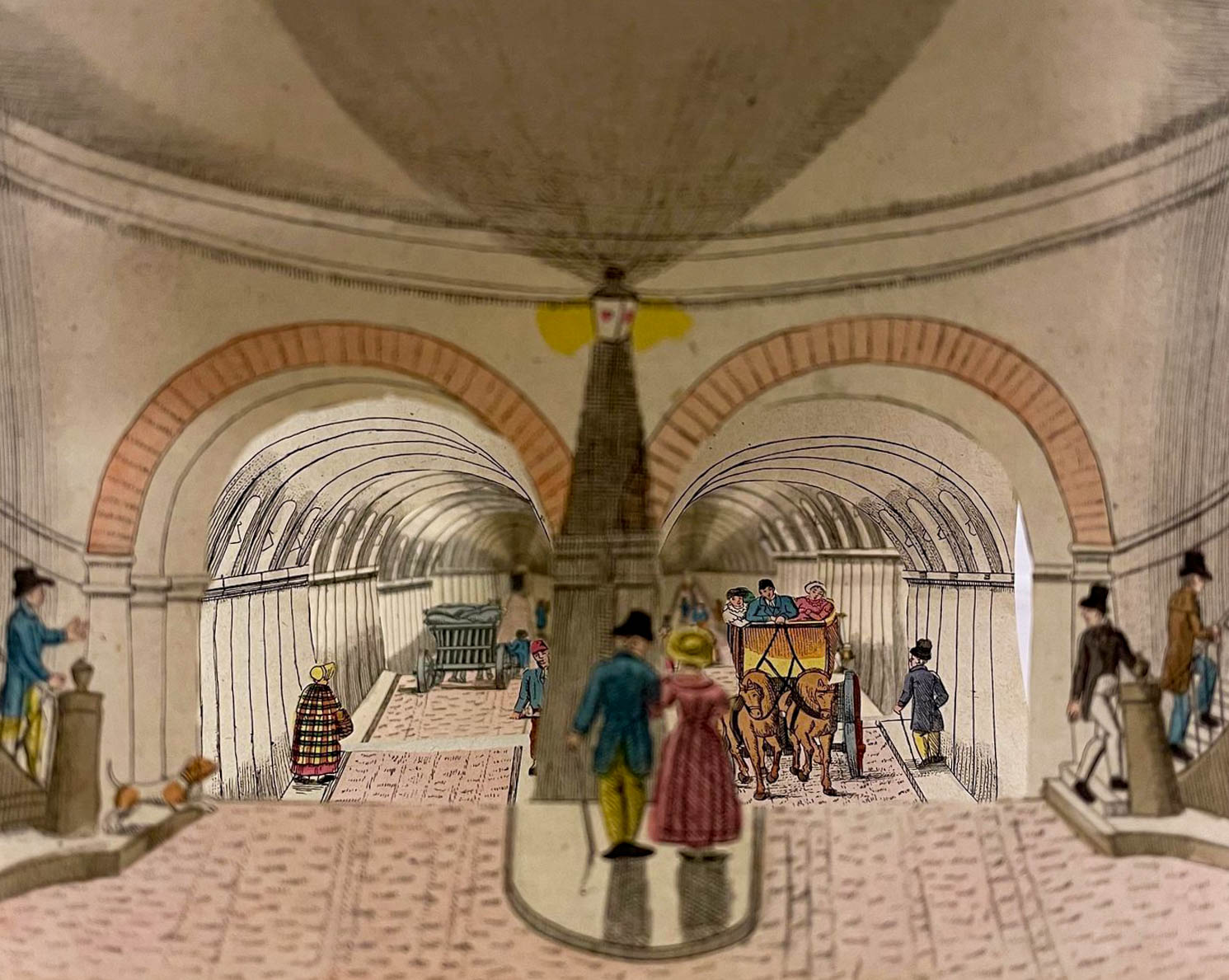 A very unusual leaf-cut picture will also be included in the sale, as part of a group of Victorian ephemera, estimated at £150-250. A detailed silhouette of workers around a derelict tower and trees has been created by scraping back the outer layers of the leaf leaving a delicate skeleton of the leaf’s ribs and veins as a transparent background. Also included in the lot is an 1838 hand-coloured printed Valentine, and cobweb or beehive papercut scene of a garden that reveals a brightly coloured butterfly when the cobweb papercut is pulled. 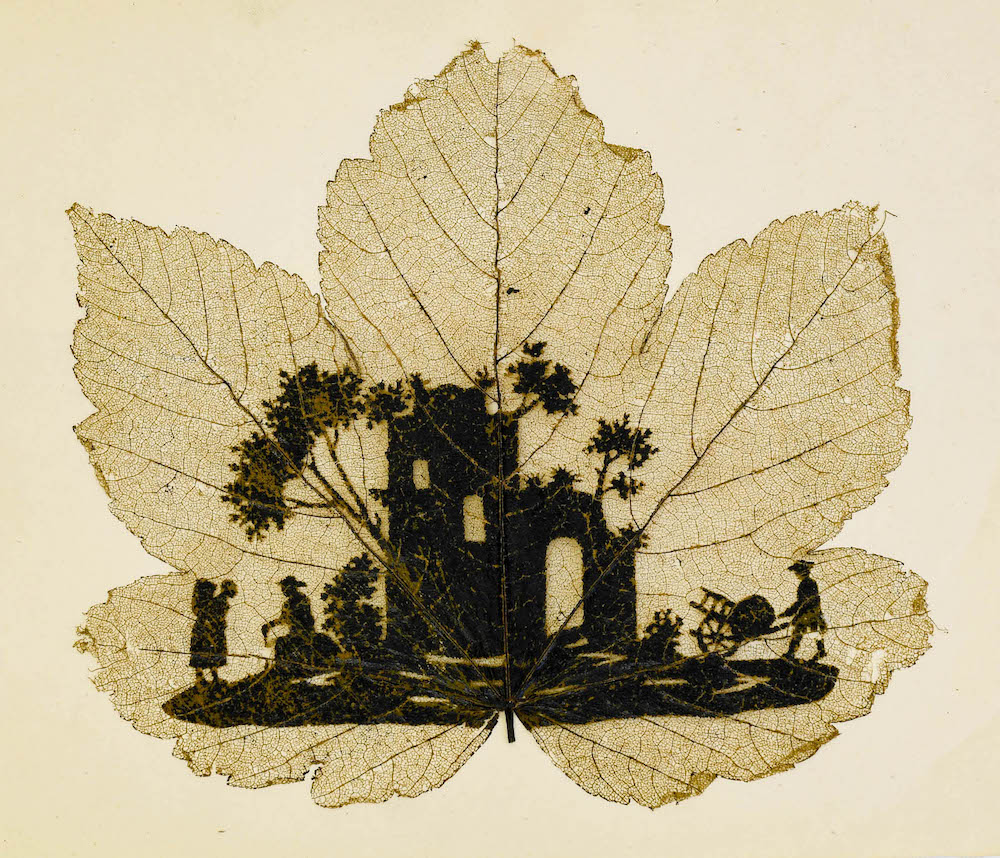 Of North East interest is a collection of approximately 240 19th and early 20th-century photographs, predominantly of Teesdale scenes. The collection was compiled by Doreen and J. Kendall Thomas of Middlesborough, and the vast majority of the photographs are the work of Elijah Yeoman of the Teesdale Studio who worked in Barnard Castle from at least 1890 and 1910. The black and white and sepia photographs depict the likes of High Force, Barnard Castle, Gainford, Bowes, and Raby Castle. The collection is being sold with an estimate of £500-800. 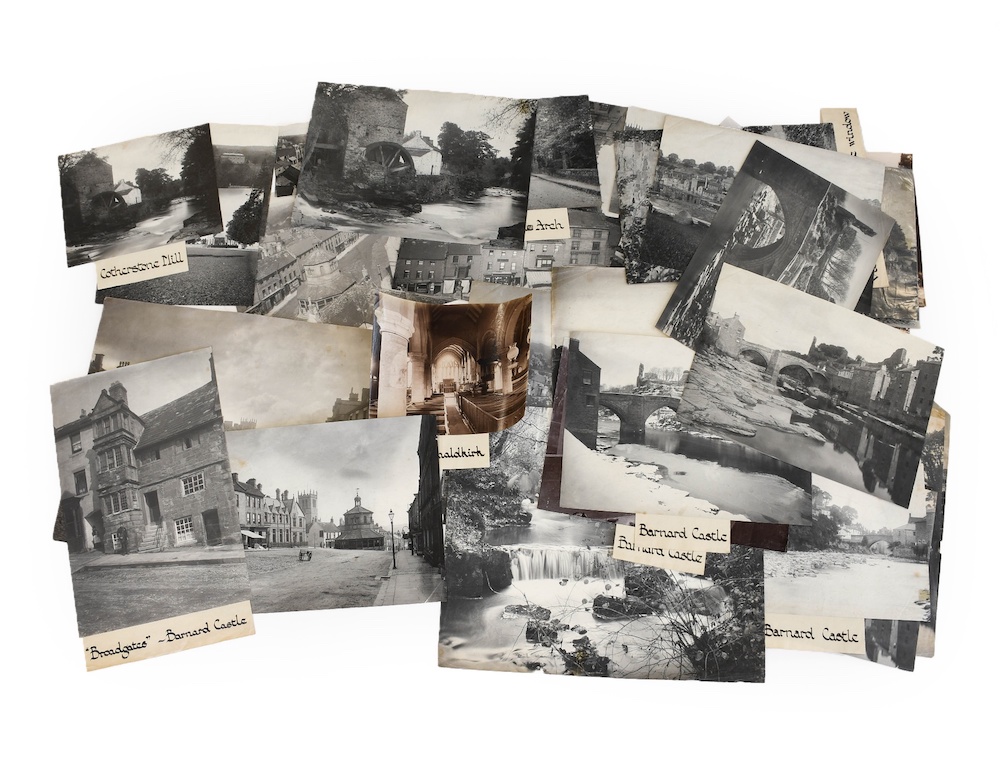 An outstanding archive of early drawings and plans relating to Radcliffe and Broomhill Collieries on the Northumberland Coast is also on offer with an estimate of £300-500. The majority dating from the 19th century, the drawings depict shafts, drifts, seams and colliery buildings and were gathered together by John H Merivale (1851-1916), a lecturer for the Mechanics’ Institute in Newcastle and a partner at the Broomhill Coal Company.

Finally, a giant limited-edition book by David Hockney is offered with an estimate of £1,000-2,000. ‘A Bigger Book’ was published as an edition of 10,000 by Taschen in 2016 as an impressive visual survey of the artist’s long and varied career. Measuring 50 x 70cm and containing 498 pages, the book comes with a painted metal tripod stand and both are in ‘as new’ condition.

The sale takes place on May 18 at Tennants Auctioneers.