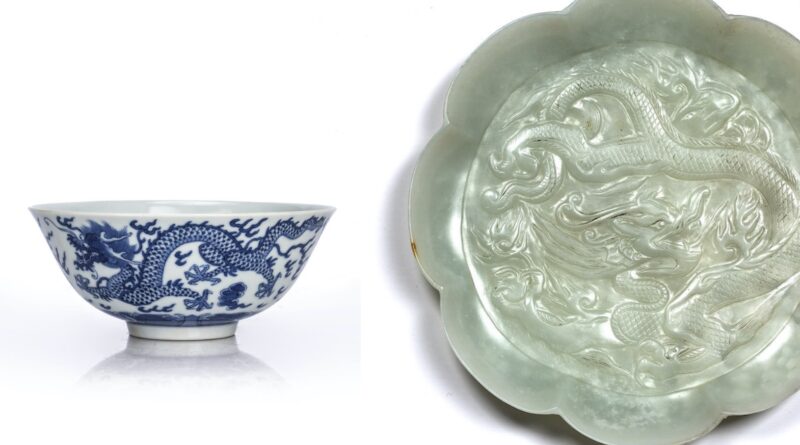 An Asian & Islamic Art Sale at an Oxfordshire saleroom proved popular, with many of the 711 lots achieving prices well above expectations and total sales reaching almost £377,000.

Robin Fisher, Mallams Asian Art and Ceramics specialist, said: “We were very careful to ensure our lots were from private sources with low reserves and tempting estimates.”

It’s an approach that helped a Chinese Jade dish carved with an encircling dragon and dating from the Tang period or later really piqued interest, reaching £62,000. 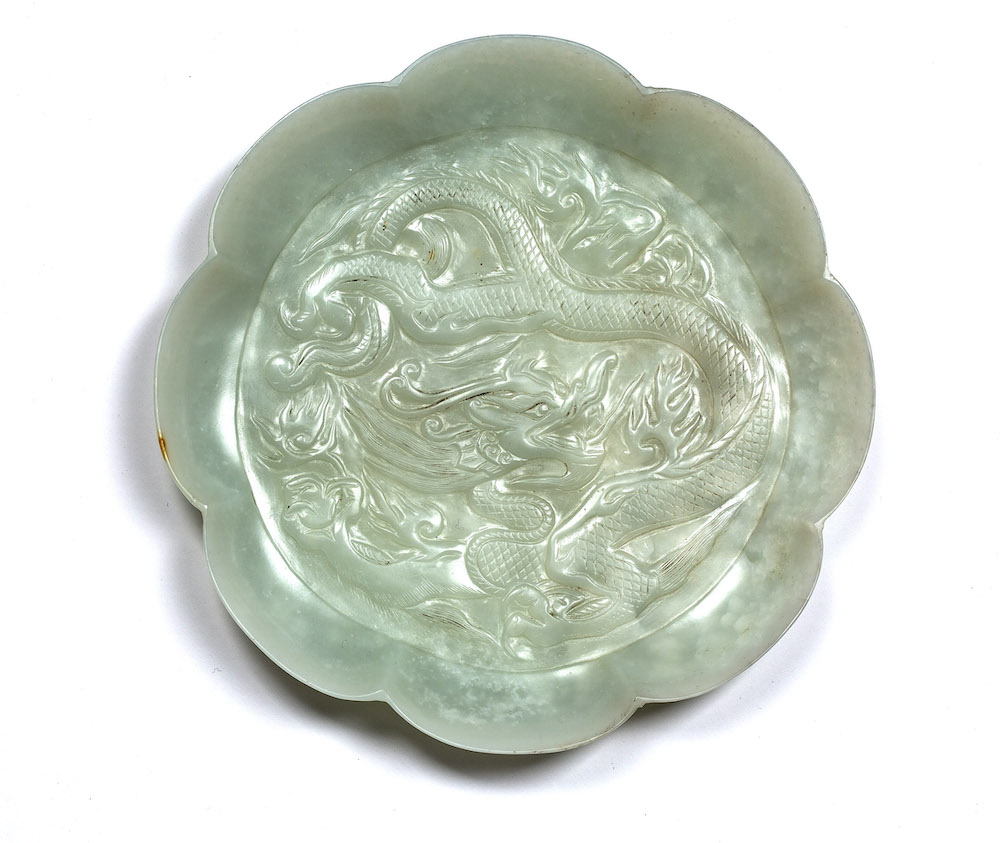 Previously part of a French diplomatic collection it was estimated at £2,000-£3,000. Robin Fisher said: “The final price achieved was certainly well beyond my earlier expectations when cataloguing, but we had some very serious interest during the viewing due to the age, scarcity, and colour, and as the final price showed, some equally determined bidders.’’

Elsewhere in the sale was a 13th/14th–century Chinese wooden figure of Guanyin, the Buddhist bodhisattva associated with compassion. Standing at 33.5cm high, and with carved decoration, it was originally purchased in New York from Edith Frankel at her gallery on Madison Avenue in the late 1980s.  When it came under the hammer last week, it was another highly contested lot, achieving £14,000 against a conservative £500-£800 estimate. 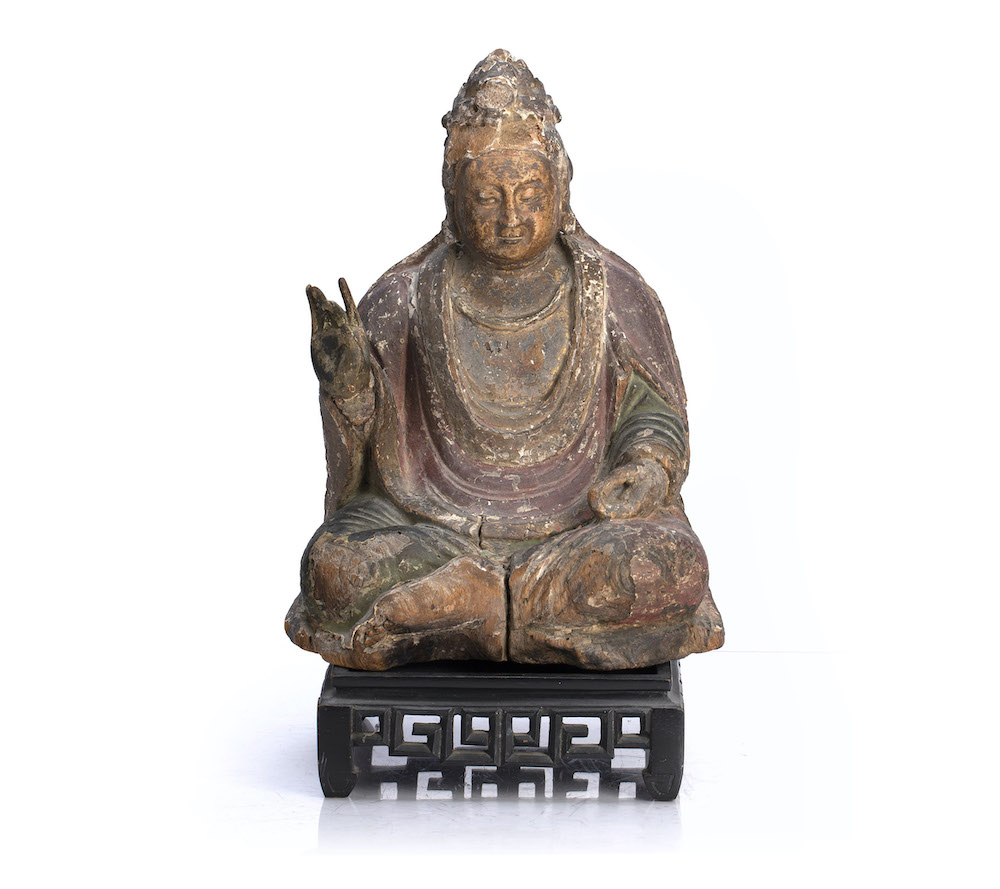 Blue and white porcelain, or Qinghua (blue flowers), is the most famous and most widely recognised Chinese porcelain, having been produced for over 1,000 years. Two lots featuring this type of porcelain performed particularly well in the sale: a bowl with a Daoguang mark and featuring five clawed dragons, which sold for £12,500, against an estimate of £400-£600; and a 17th-century blue and white vase with a band of incised decoration at the neck and foot, which went for £5,600, towards the top of its £4,000-£6,000 estimate. 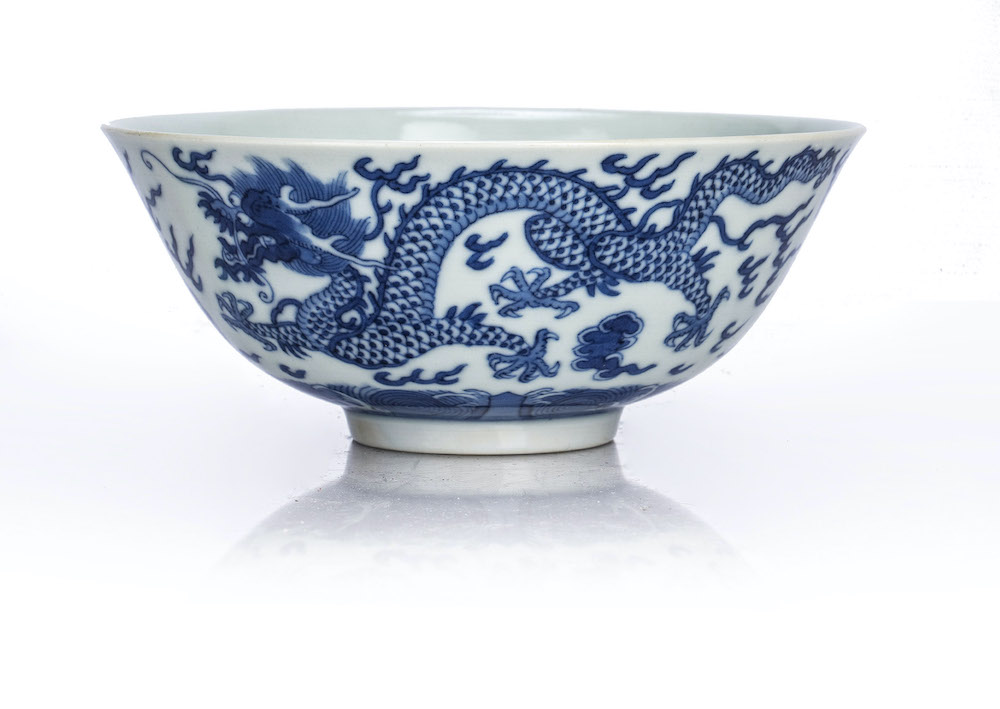 Another type of porcelain that featured in the sale was ‘famille verte’, renowned for its unique iridescence. A Chinese, famille verte dish decorated with a deity figure and attendant, aroused interest amongst bidders. Dating from the Kangxi period and with an artemisia leaf mark on the back, it was estimated at £600-£800 but achieved a final, winning bid of £5,800.

A large selection of Chinese textiles from the late Professor R M Hicks and other private collectors was featured in the sale and a late 19th/early 20th-century embroidered blue silk robe adorned with polychrome butterflies, proved irresistible, with bids quickly surpassing the £400-£600 estimate and the hammer finally falling at £5,800. 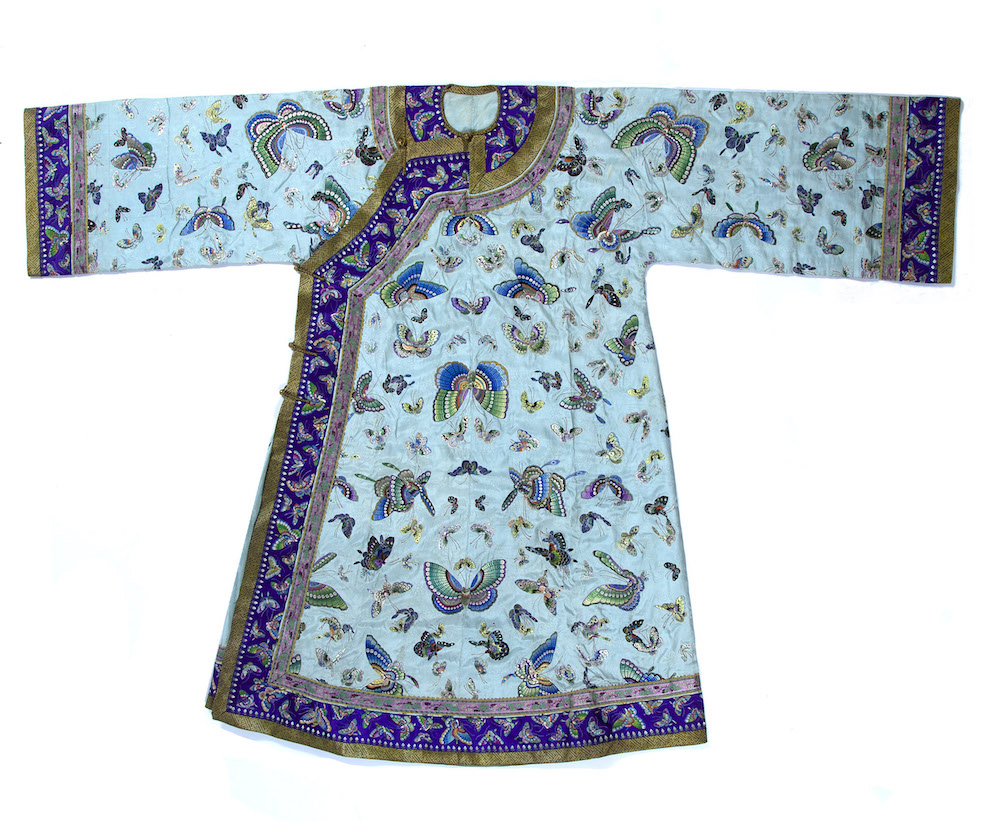