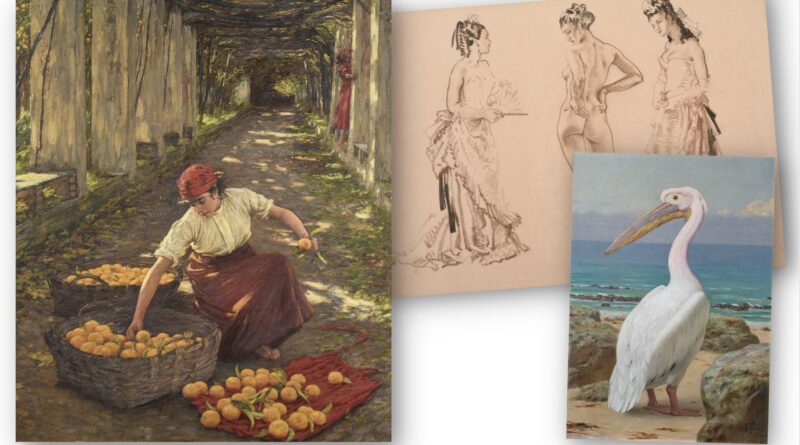 An important lost work by one of the leading exponents of British Impressionism could sell for up to £100,000 in an upcoming sale of British, European and sporting art in North Yorkshire.

In a Ligurian Garden by H.H. La Thangue, is to be sold in Tennants Auctioneers’ British, European and Sporting Art Sale on July 16 with an estimate of £70,000-100,000. The painting was recently rediscovered in Yorkshire, having been passed down through the Prince-Smith family, manufacturers of textile machinery from Keighley, West Yorkshire. 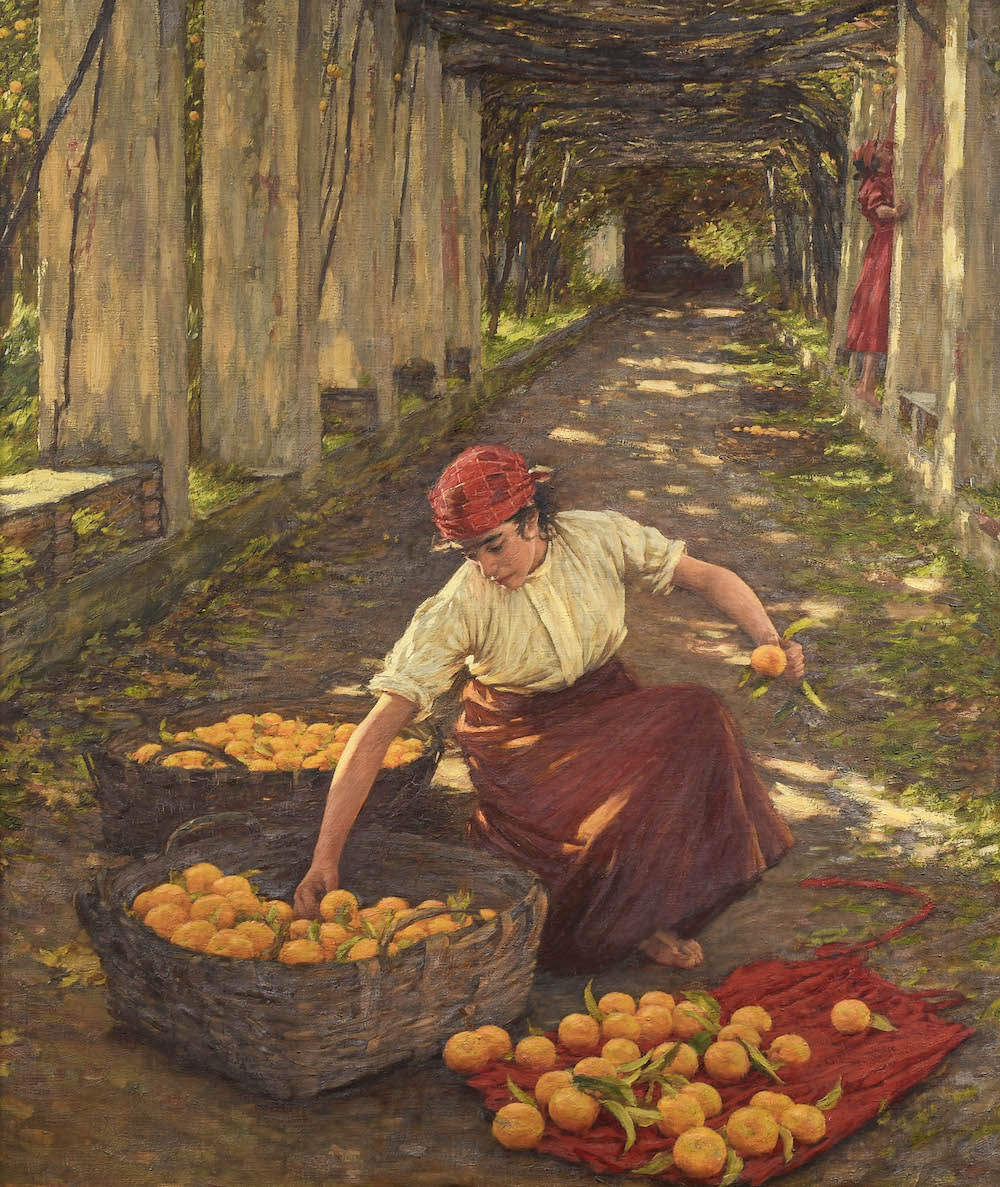 Henry Herbert La Thangue RA (1859-1929) was one of the leading exponents of British Impressionism, who depicted the rural ideal, first in Sussex and later in unspoiled gardens of the French and Italian Riviera. The present work was hung in the Royal Academy in 1908, with its companion picture Ligurian Flowers, now in the Blackburn Art Gallery. Ligurian gardens became a major theme of his work before the outbreak of war, in which he distilled the natural abundance and sensuality of Italy in works infused with sunlight and the scent of flowers and fruit set amongst crumbling plaster.

Henry Stacy Marks (1829-1898) is perhaps best remembered today for his extraordinary depictions of birds, and an impressive depiction of a pelican is offered for sale with an estimate of £12,000-18,000. Born and trained in London, the artist’s early career focused on historical scenes frequently sourced from Shakespeare. However, in 1888 the Fine Art Society planned an exhibition on birds, and Marks took the opportunity to study the subject in depth, becoming a frequent visitor to London Zoo. Drawing birds with accuracy, and focusing on exotic and colourful species, Henry Stacy Marks mastered the art of ornithological painting. 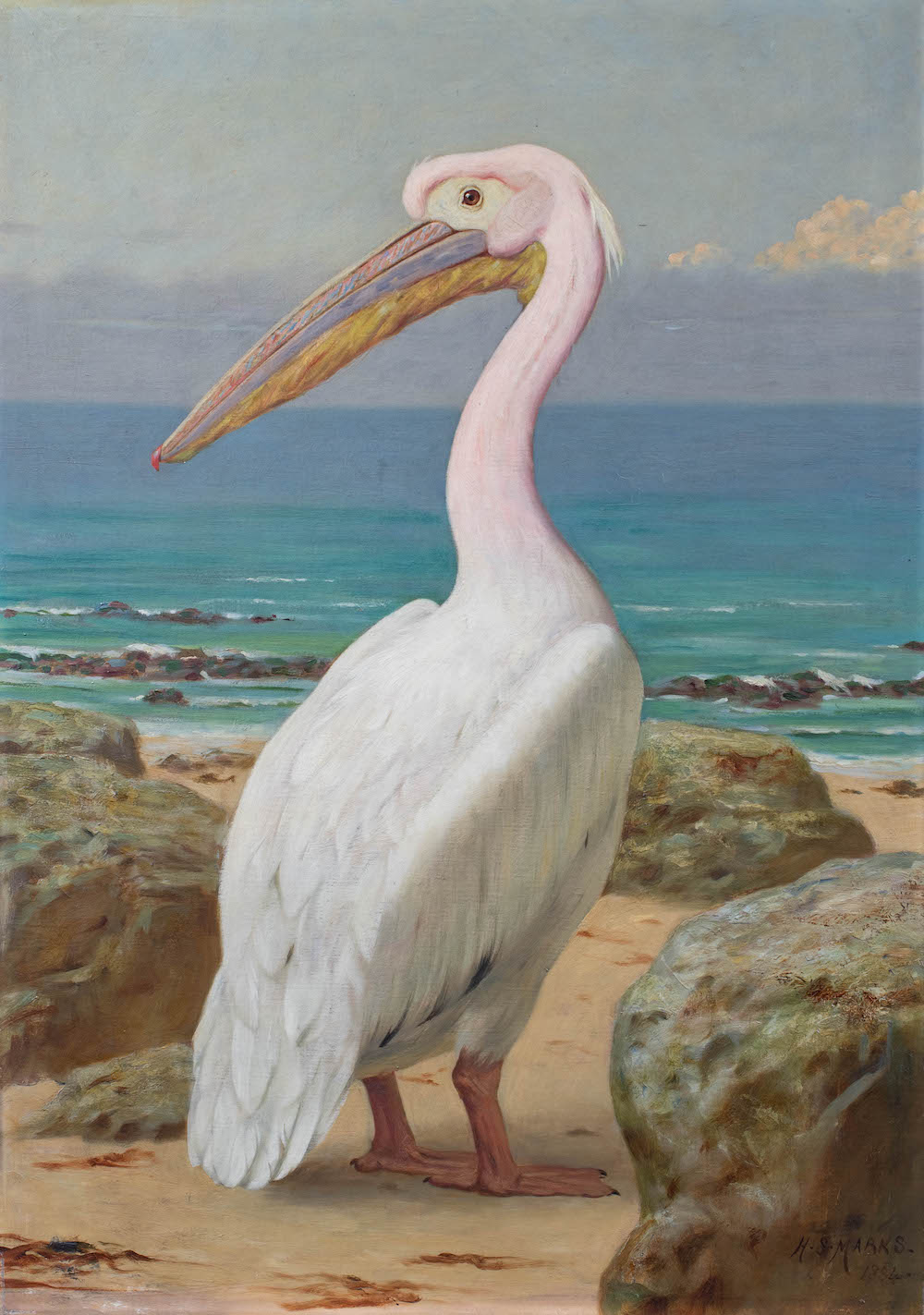 Two small pastel portraits by Irish artist Hugh Douglas Hamilton (1739-1808) are also on offer; the first depicting Miss Davy, Grandaughter of Frances Fitz William, Lady Carbery, which is estimated at £1,000-1,500 and the second depicting Bellingham Boyle, MP for the Parliament of Ireland constituency of Brandonbridge, estimate of £700-1,000. 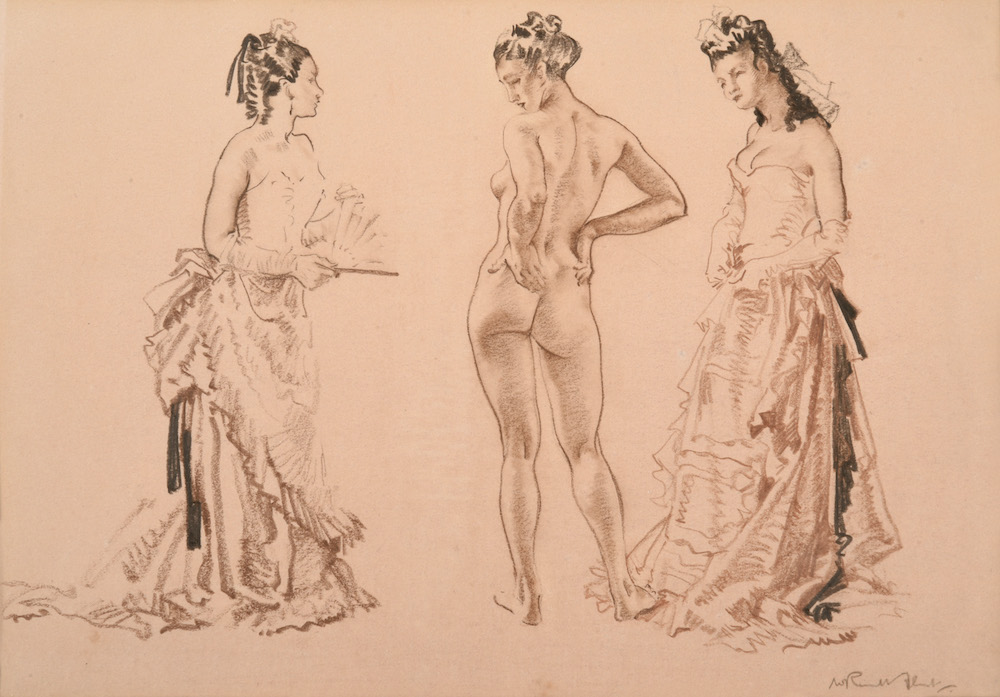 North Yorkshire-born Nicholson was one of the original members of the Watercolour Society and was noted for his introduction of the ‘stopping out’ technique, which Turner would later employ. The Dropping Rock today sits beside Mother Shipton’s Cave and Petrifying Well, one of England’s oldest tourist attractions.