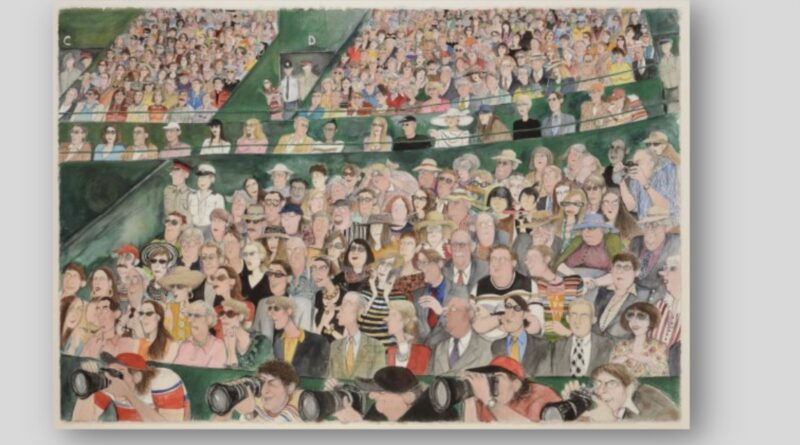 On the eve of Wimbledon, a detailed watercolour by award-winning artist and illustrator Sue Macartney Snape (born 1957), famed for her ever-popular ‘Social Stereotypes’ column in the Saturday Telegraph, reveals the social stereotypes and characters from an earlier match in 1999. 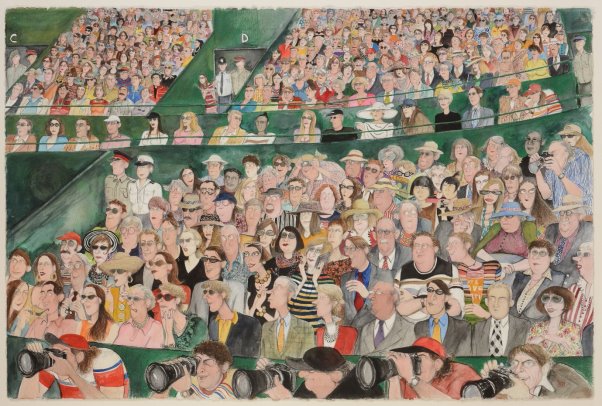 Famed for the best tennis playing in the world, alongside its strawberries and cream, Wimbledon, the great British two-week sporting event of the year kicks off next week. As excitement reaches fever pitch, Dreweatts aptly presents a spectacular work that encapsulates the social stereotypes and characters from a Wimbledon match in 1999.

In the painting, set to sell in a timed online art sale held by Dreweatts from August 10-26, Snape captures the thrilling atmosphere of Wimbledon, from the press photographers lining the front row, poised to capture the winner, to the individual personalities of each spectator.

She cleverly demonstrates these to us via the different actions and expressions of the characters, with some intently watching the match, while others are distracted, reading a newspaper and magazine, Snape portrays every last detail, inviting the viewer in to examine the scene more closely, right down to the security staff at the entrance to the court.

Commenting on the work, Dreweatts Picture Specialist, Francesca Whitham, said: “Snape’s ability to illustrate detailed personalities, whilst combining humour in a snapshot, which captures a moment in time for the onlooker, is masterful. What a unique opportunity to acquire such a wonderful work, by such a popular artist, that perfectly embodies the English tradition and spirit of Wimbledon.”