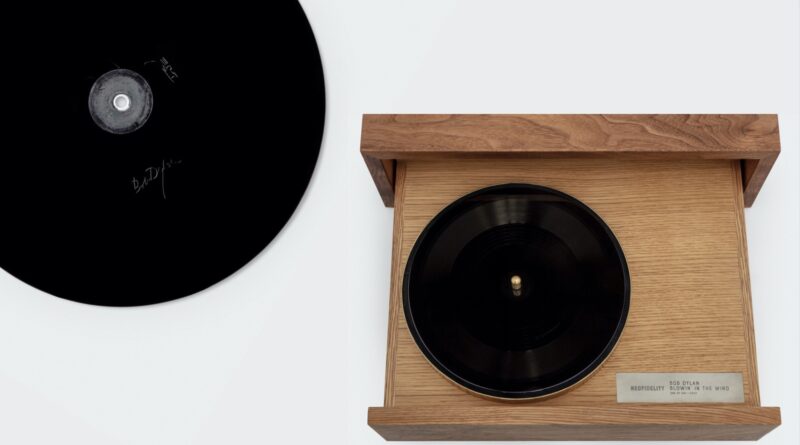 Bob Dylan’s first new studio recording of Blowin’ in the Wind since 1962, from a special session with multi-Grammy winning producer T Bone Burnett, on the recently announced groundbreaking Ionic Original disc sold for £1,482,000 against an estimate of £600,000-1,000,000 in The Exceptional Sale at Christie’s London, during Classic Week. 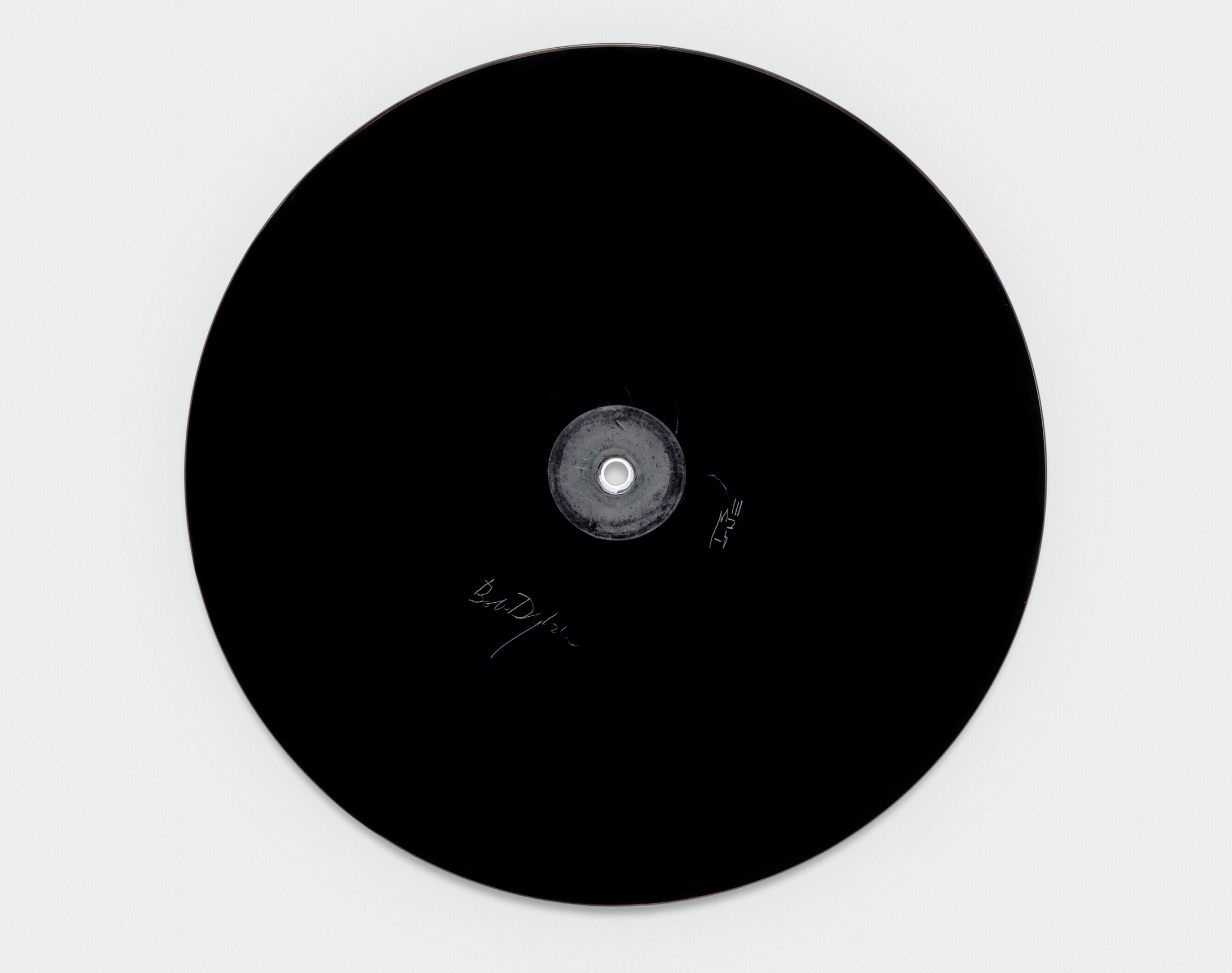 This ‘Ionic Original’ disc is the first recording to utilise this patented technology from Burnett’s company, NeoFidelity, Inc. The auction of this unique lot – in Bob Dylan’s 60th anniversary year as a recording artist – marks a first in music history: the new recording of Bob Dylan’s seminal song is a landmark moment and Burnett noted at the time the sale was first announced that the technology used to create the Ionic Original disc “advances the art of recorded sound and marks the first breakthrough in analogsound reproduction in more than 70 years, achieving dramatic improvements in listening experience and durability.” 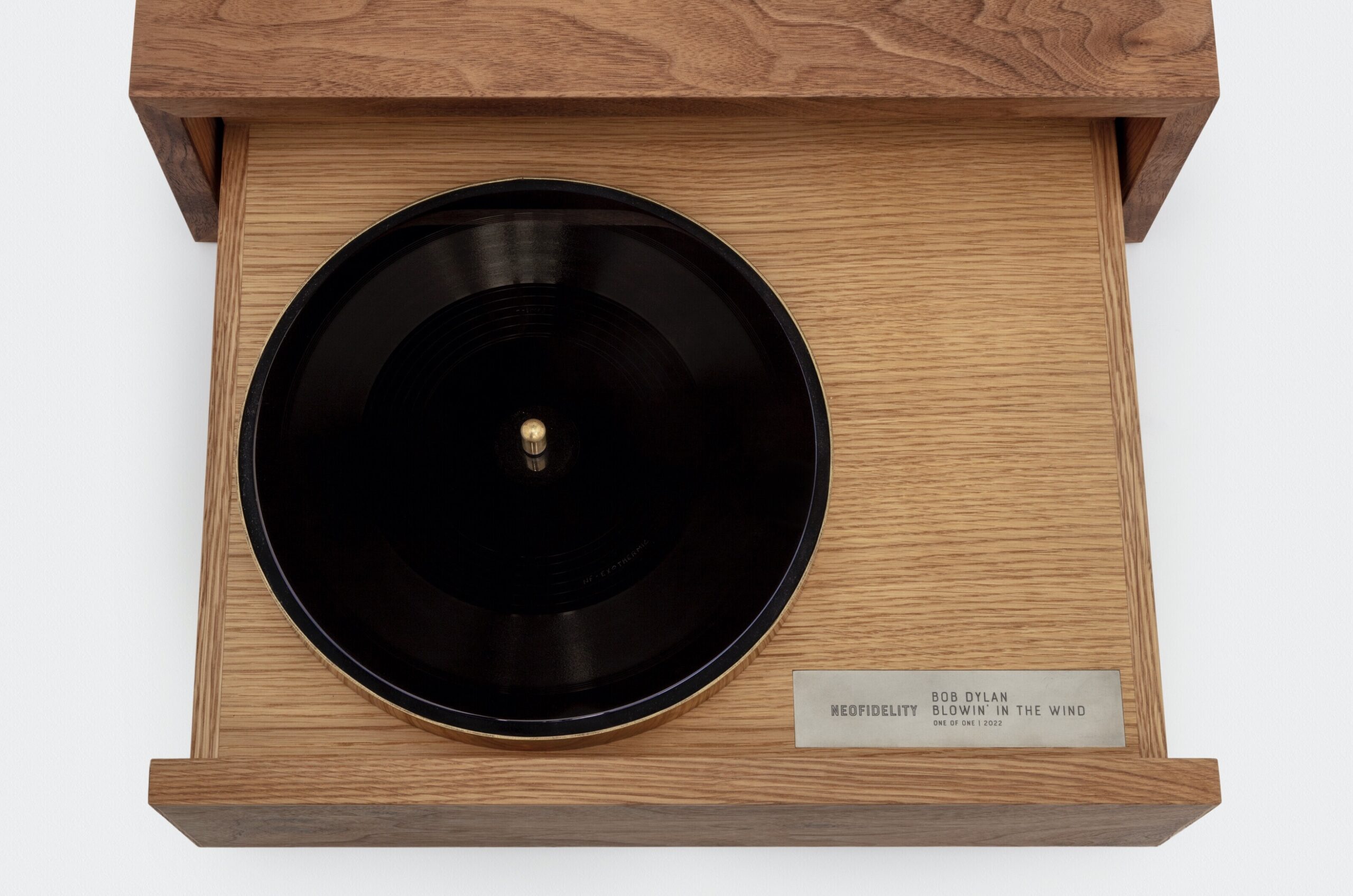 Peter Klarnet, Christie’s Senior Specialist, Americana, Books and Manuscripts, said: “We are so pleased with the excellent result this evening for the ‘Ionic Original’ disc of Bob Dylan’s first new studio recording of Blowin’ in the Wind since 1962. To work with such an incredibly important and groundbreaking advance in analogue playback technology is a tremendous honor. We are excited that this is just the beginning for this amazing new opportunity for recording artists to work with T Bone and NeoFidelity to reset the value of music.”

T Bone Burnett, Founder of NeoFidelity Inc. and multi-Grammy-winning producer, commented: “Marshall McLuhan said that a medium surrounds a previous medium and turns the previous medium into an art form, as film did with novels, as television did with film, as the internet has done with television, and as digital has done with analogue. With Bob Dylan’s new version of Blowin’ In The Wind, our first Ionic Original archival analogue disc, we have entered and aim to help develop a music space in the fine arts market. I trust and hope it will mean as much to whomever acquired it today at Christie’s Exceptional Sale as it does to all of us who made it, and that they will consider it and care for it as a painting or any other singular work of art.”