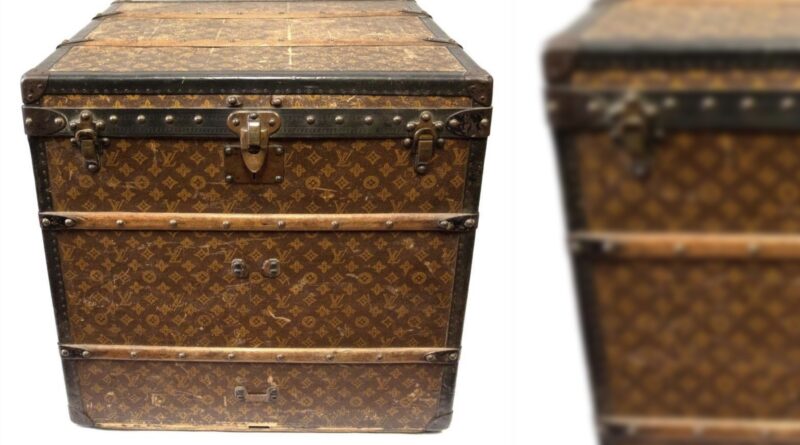 A gift bought by a dad for his daughter’s flat could sell for thousands of pounds at auction – and it cost him just £12 in 1984.

His bid to solve a storage issue unwittingly turned out to be a brilliant investment. He purchased an antique Louis Vuitton steamer trunk. The designer classic could now sell for 500 times that figure at auction in July. 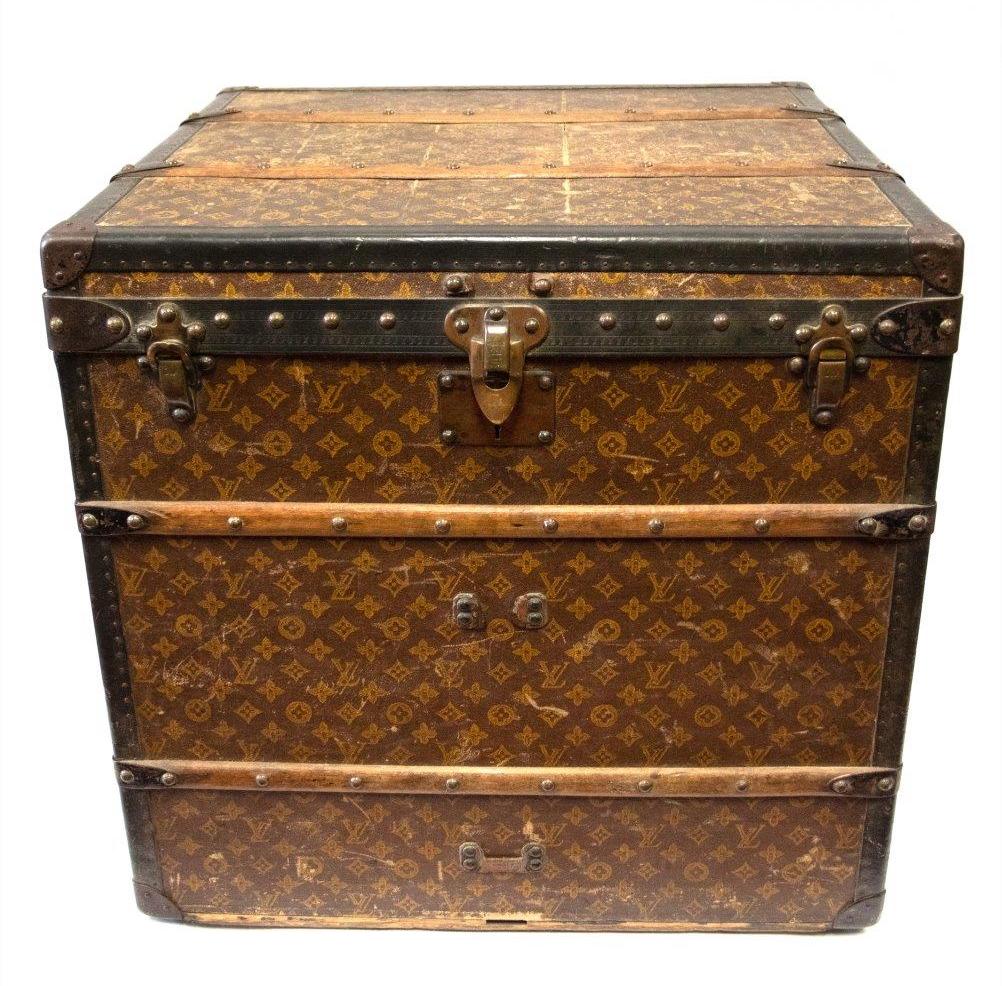 But, despite its soaring value, its careful owner for nearly 40 years is only parting company with the family treasure to protect it from her cats.

“We foster cats and I have to keep the trunk covered up all the time to stop them using it as scratching post,” said Melissa, 56, an estates officer from, Middlesex. My dad bought the trunk in 1984 from an old bric-a-brac/antiques shop in the village of St Margarets, near Twickenham in London where we used to live. He got a job up north but I didn’t want to go. He bought me the trunk to use as there was a lack of storage in my first flat.

“I put linen in it. I’ve always used it but, over time, I kept noticing the name Louis Vuitton crop up more and more on TV antiques shows. I realised it might be valuable. Last year I emailed TV’s Antiques Roadshow to get a valuation and they asked me to bring it to the show. 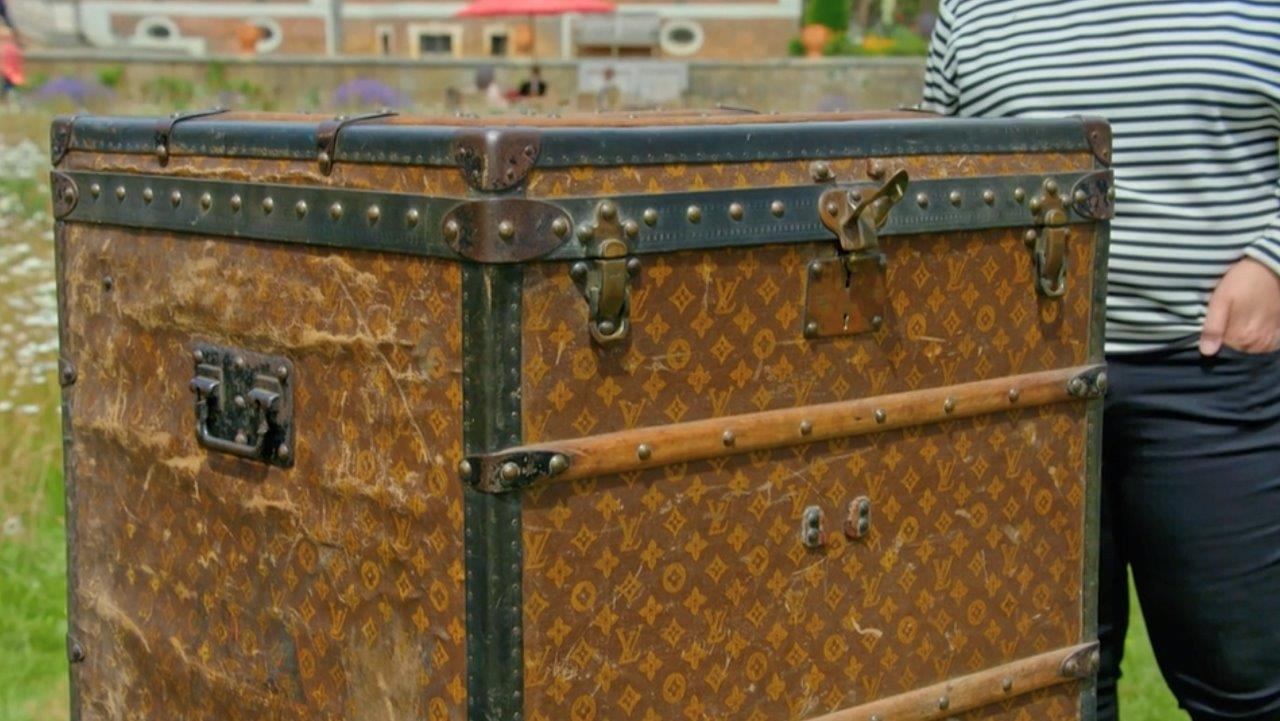 “I was quite surprised. Everyone who knows me was laughing because I don’t like having my picture taken, let alone being on telly. I went along to the event at Ham House in Richmond upon Thames and their expert valued it at £3,000-£5,000.”

The designer trunk, which is more than 100 years old, is now potentially worth even more. It will be offered for auction by Hansons London on July 30 with a guide price of £4,000-£6,000. Inside it is a copy of The Guardian newspaper which shows the date Melissa’s dad bought it – September 3, 1984.

“The trunk has been authenticated by Louis Vuitton,” said Melissa. “According to the serial number on the trunk, it was originally sold between 1909 and 1914. I’ve always looked after it but now I think it’s time for someone else to own it and appreciate it.”

Louis Vuitton founded the French luxury fashion house of the same name in 1854. He was innovative with an eye for quality and detail. Consequently, in 1858, Vuitton introduced flat-topped trunks with Trianon canvas, making them lightweight, airtight and ideal for voyages and train travel.

Before Vuitton trunks emerged, rounded-top trunks were common. Water could run off them but they were not ideal for stacking. Such was the success of Vuitton’s radical innovation other luggage makers imitated his design. 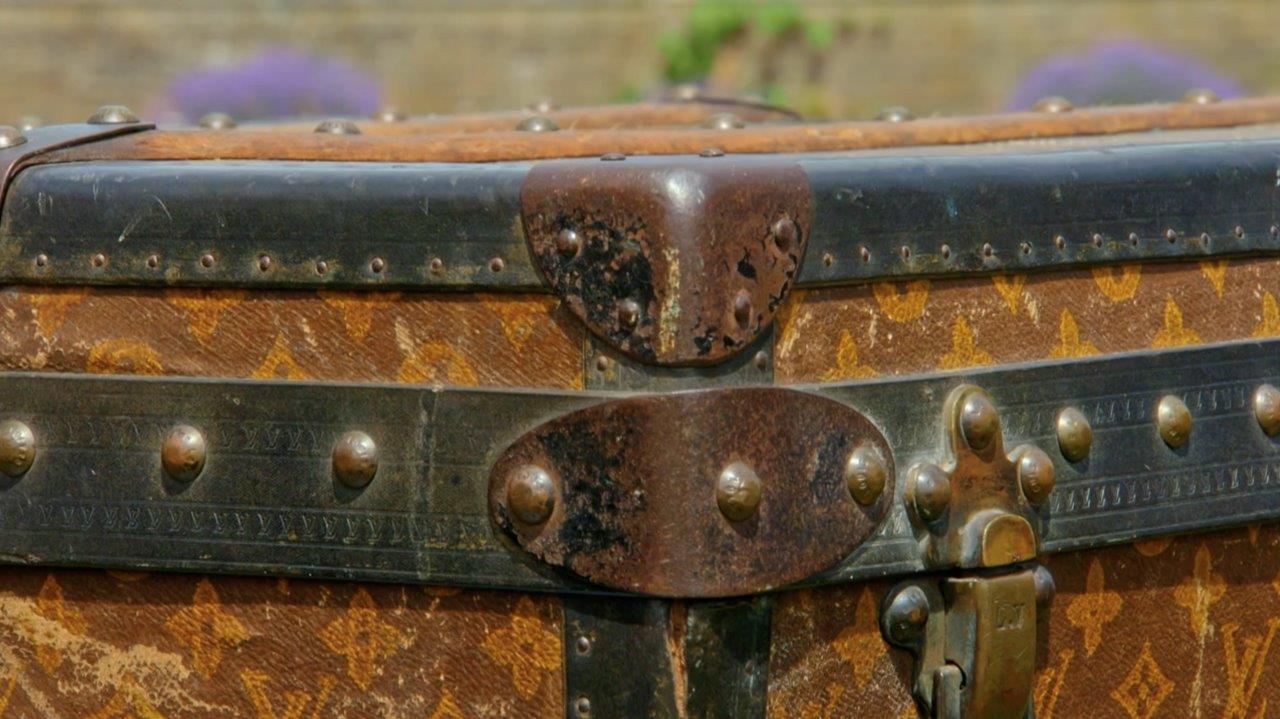 By 1885, the company had opened its first store in London’s Oxford Street. In 1888, due to more imitations, Vuitton created a Damier canvas pattern which bore the logo, ‘marque L. Vuitton déposée’ meaning ‘L. Vuitton registered trademark’.

In the ongoing battle to protect the brand, the LV logo took centre stage in a monogram canvas designed in 1896. As well as the logo, this iconic print features quatrefoils and flowers. It is the canvas displayed on the trunk set for auction and is immediately recognisable across the globe.

The firm went from strength to strength and by 1913 the Louis Vuitton Building, the largest travel-goods store in the world at the time, was tempting buyers on the Champs-Elysees in Paris, France.

Chris Kirkham, associate director of Hansons London, said: “Louis Vuitton is a name forever aligned with luxury and quality. But this trunk is even more than that. It is an historical object that demonstrates Vuitton’s design ingenuity and the style of luxury luggage in the early 1900s. We very much hope to see it excel at auction.”

The Louis Vuitton steamer trunk will be offered on July 30 in the Hansons London Fine Art and Collectables Auction.