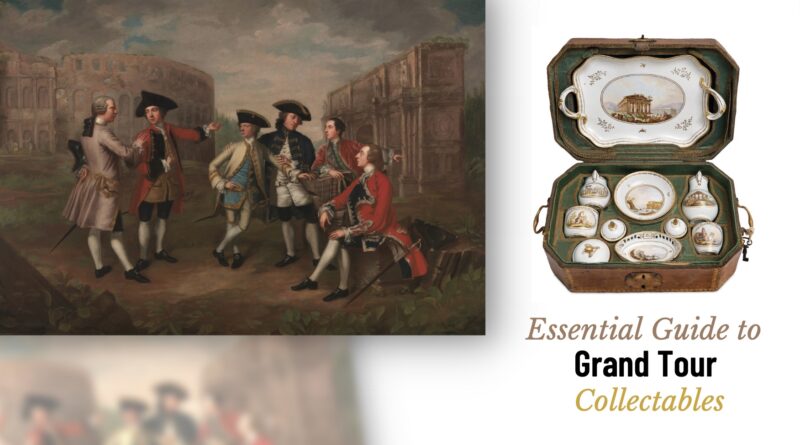 In 1776, the playwright Samuel Johnson wrote: “A man who has not been to Italy is always conscious of an inferiority.” Beginning as early as the late 16th century, it became fashionable for the nobility and landed gentry to visit Europe, and, above all, Rome, as the culmination of their classical education. Accompanied by a Cicerone (scholarly guide), hundreds of young men (and the occasional woman) embarked on this educational rite of passage.

But cultural pursuits did not always top the list among what Horace Walpole (himself a dedicated tourist) called “schoolboys who just broke loose”. Drinking, gambling and sex, were among the activities on offer, with the Marquess of Kildare in 1766 reporting in a letter home that he had run into more than 40 Old Etonian pals in the space of nine months. A state of affairs ably parodied by the Scottish portrait painter Katharine Read (a Jacobite who fled to Rome in 1750) who captured a group of well-off tourists, seemingly unaware of their cultural surroundings.

Some took it more seriously than others, in 1728 Henry, 3rd Duke of Beaufort shipped 96 cases of works of art back home.

The influx of these travellers to destinations north and south – Venice, Rome, and Naples in particular – led to a flowering of topographical paintings, drawings, and prints by native Italians serving a foreign market.

Paintings were a portable souvenir leading to the production of hundreds of Italian vedute (views). In addition to vedute, there were fine examples of capricci – landscape or city views presenting real and imaginary classical architecture.

Very popular among travellers were the engravings of Giovanni Battista Piranesi (1720-1778) whose prints of Roman views, including ancient structures like the Coliseum or more recent monuments such as the Piazza del Popolo, pandered to the growing market.

Some Grand Tourists invited artists from home to accompany them throughout their travels. Paintings portraying the grandeur of Venice were also popular with many seeking the works of Giovanni Antonio Canal (1697-1768) better known as Canaletto. It was only in 1746, prompted by declining tourism, that Canaletto moved to England, where he painted views of London, Oxford and other cities as well as the country seats of his patrons.

In addition to paintings there was a market for fans, spoons, teapots and pocket watches to satisfy the tourists.

One particular came in the shape of fans – a very portable (and useful) memento. Craftsmen produced them in their thousands designed as aide-mémoires.

Many included depictions of well-known sites like the Coliseum or any number of scenes of Italian architecture.

Many pieces found their way into the tourists’ cabinet of curiosities – de rigueur for the well-travelled cultural connoisseur. The three ingredients for success in showcasing the owner’s treasures were naturalia (products of nature), arteficialia (or artefacta, the products of man), and scientifica (the testaments of man’s ability to dominate nature, such as astrolabes, clocks, automatons, and scientific instruments).

But, from its heyday in the late 18th century, the Tour declined during the Napoleonic Wars, due to the dangers of travel abroad, although Italy continued to produce fine mementos of its splendid monuments right up until the 19th century.

In Rome, wealthy aristocrats commissioned artists to paint their portraits.

Keen to prove their cultural credentials, most were depicted surrounded by imagery of the Coliseum, Palatine Hill, Saint Peter’s Basilica or other emblems of Grand Tourist culture.

Pompeo Batoni (1708-1787), who turned from church commissions to the “milordi” market, was a popular choice. From his studio on the Via Borgognona, he charged 20 guineas for a halflength portrait in the 1770s. For an additional payment he would include examples of antique statuary or background views of the Temple of Vesta at Tivoli or other well-known spots.

He painted Charles John Crowle (1738-1811) (above) in a blue suit embroidered with silver, surrounded by various allusions to his erudite interests.

Visit to the ruins

Discovery of the ruins at Pompeii dated back to the late 16th century but it wasn’t until 1748 – the height of the Grand Tour – that systematic excavation began.

The most ambitious tourists made the trek to Campania, near Naples, to visit the ongoing digs at Pompeii, Herculaneum and Tivoli. Their dedication was well rewarded. For the well-heeled tourist an Aladdin’s cave of antiquities awaited, all sourced to decorate their UK homes.

At the lower end of the market, scenes such as the eruption of Mount Vesuvius, or the picturesque Bay of Sorrento, were particularly popular pictured on a range of souvenirs.

The first discomfort the Grand Tourist would have had to contend with was crossing the English Channel. The usual route was from Dover to either Calais or Boulogne, and the crossing could be a nightmare if the seas were rough, with up to 36 hours cooped up in considerable discomfort.

On arrival, there were the roads, often in appalling condition, especially in Germany.

The wealthy traveller might have his own carriage, with his own coach driver and servants to look after him; the poorer tourist had to contend with public transport. In an average day the driver might cover 15 to 20 miles, depending on conditions.

Grand Tourists carrying all their luggage and acquisitions were obvious targets for thieves, especially in remote areas.

The traveller, untrusting of local doctors, would be self-sufficient in medical supplies, and travel with his own medicine box. He would need a pistol, to defend himself from armed robbers. He would need a travelling clock, a telescope and a travelling canteen. He would also need a travel guide such as the 1722 Gentleman’s Pocket Companion for Travelling into Foreign Parts or Thomas Nugent’s Grand Tour, first published in 1743.

Armed with his guidebook the traveller would have been free to explore the delights of Paris. He would have been warned to avoid the local wine, on account of ‘the great looseness’ it might cause According to one book, “no Place in the elegant or delicate World is so ill-provided with Conveniences as Paris is.”

Crossing the Alps into Italy usually meant heading for the Mont Cenis Pass, near the Val d’Isère. Here the terrors of the journey really began. Tourists with their own carriages would have them dismantled and taken by mule train along mountain paths.

The tourists would have a barely more dignified ride on an Alp-machine, which was a sort of sedan chair strapped to carrying poles, carried shoulder-high by porters.

Having reached the summit, the party would then begin a hair-raising descent on what was basically a sledge, hurtling down towards the plains of Piedmont and the city of Turin. This was merely a stop on the way to the four cities which demanded attention Venice, Florence, Rome and Naples.

Taken from The Grand Tour by Mike Rendell published by Shire Publications priced £8.99. 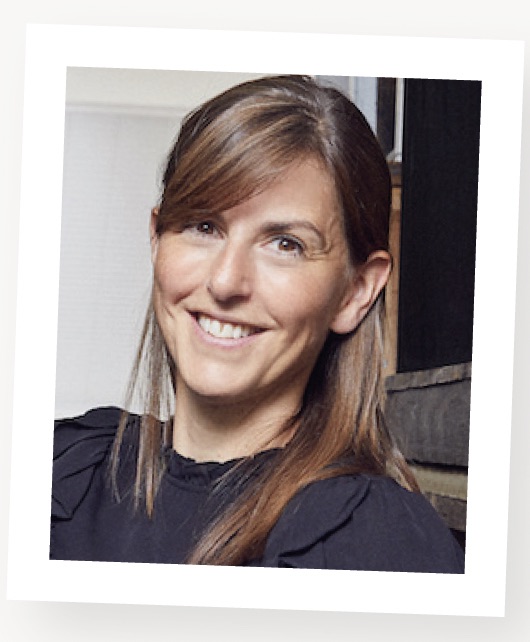 We asked Lisa Greaves, director of Bonhams’ Old Masters department, what to look for in Grand Tour collectables

Which years were the golden age of the Grand Tour?

Travellers started visiting Europe as part of their education in the 17th century, but the golden age of the Grand Tour was the 18th century from the 1720s until the early 19th century. However, the outbreak of the War of the Austrian Succession in 1740s meant that many young tourists could not make their way to Italy, and the Napoleonic wars similarly limited the scope of the Grand Tourists.

From high art to souvenirs, could you outline the scope of this collecting field?

It was vast. Many of the wealthier tourists aimed to buy classical sculpture and paintings by well-known Italian artists from the 16th and 17th century. Buyers were guided by agents, who were often fellow countrymen who had settled in Italy, some of whom were artists who had travelled to the country as part of their education. One such person was Jacob More whose work, A View of Lake Nemi, anciently called Speculum Dianae is in our forthcoming sale. Ceramics also served as a record of a Grand Tour and engravings provided a more reasonable souvenir of a tourist’s time abroad. Many young milords returned with the print series Le Vedute di Roma by Giovanni Battista Piranesi.

Who were the most prolific tourists?

Many members of European royal families are known to have made a Grand Tour. The heir to Catherine the Great of Russia, the Grand Duke Paul Petrovich (later Emperor Paul I) visited with his wife, Maria Feodorovna, in the 1780s, travelling as the ‘Conte and Contessa del Nord’ to remain incognito. One of the sons of King George III, Prince Augustus Frederick, Duke of Sussex, spent almost 10 years travelling in Europe, primarily for his health as he was asthmatic. Johann Wolfgang von Goethe’s Italienische Reise records his stay in Italy in the 1780s and it inspired a generation of young Germans to follow in his footsteps. There were some travellers who returned to Italy many times – Frederick Augustus Hervey, 4th Earl of Bristol, made five visits and spent a total of 18 years in the country.

Which Italian cities became most known for what?

The itinerary of the Grand Tour was not set in stone, but Paris was often the first stop. Here, the tourist, generally a young man of means, would take lessons in French and possibly spend time at the French court to polish his manners. Florence was the first major stop in Italy with a tourist staying to take in the monuments of the High Renaissance and the collections of Roman sculpture. The visitor would then make their way to Venice to enjoy the pleasures available to a young man there. After Rome, the next city to visit was Naples to view Pompeii and Herculaneum. Some tourists would venture further south into Greece.

What are the more quirky souvenirs you have come across?

Bonhams sold a pair of Celtic hounds that were excavated in the 1790s. They were found in the ruins of the villa of Emperor Antoninus Pius (ruled AD 138-161) and later formed part of the outstanding collection of artist and novelist Thomas Hope (1769-1831) who was also one of the most renowned art collectors of his day.

They were one of his earliest purchases, and had pride of his place in the statue gallery in his London town-house in Duchess Street Marylebone from 1804-1849.

Who are among the artists collectors should look out for?

There were numerous painters who worked for Grand Tourists, some Italian, others who came to Italy and settled there.

Pompeo Batoni, Louis Gabriel Blanchet, Angelica Kauffman and Rosalba Carriera were the leading portraitists in Italy and many tourists sat for them during their stay.

Canaletto, Gaspard Van Wittel (known as Vanvitelli) and Jacob Philip Hackert were known for their view paintings, many of which still hang in English country houses.

What would be your ideal find?

A set of Piranesi Vedute di Roma engravings would be my ideal, along with a view of Rome by Gaspar van Wittel, called Vanvitelli (1653-1736) of the Piazza del Popolo in Rome.

Being the northern entrance to the city, the Piazza del Popolo would have been a Grand Tourist’s first glimpse of the city.

Which are the the British country houses for Grand Tour pieces?

Holkham Hall in Norfolk has a group of fabulous views by Vanvitelli, purchased by Thomas Coke, 1st Earl of Leicester, in Italy in 1716. The 23 paintings commissioned by the 4th Duke of Bedford from Canaletto in the 1740s are well worth a visit at Woburn Abbey.

I would also suggest going to the Sir John Soane’s Museum in London as it has a very typical and varied collection, including many items acquired during and after Soane’s study trip to Italy.