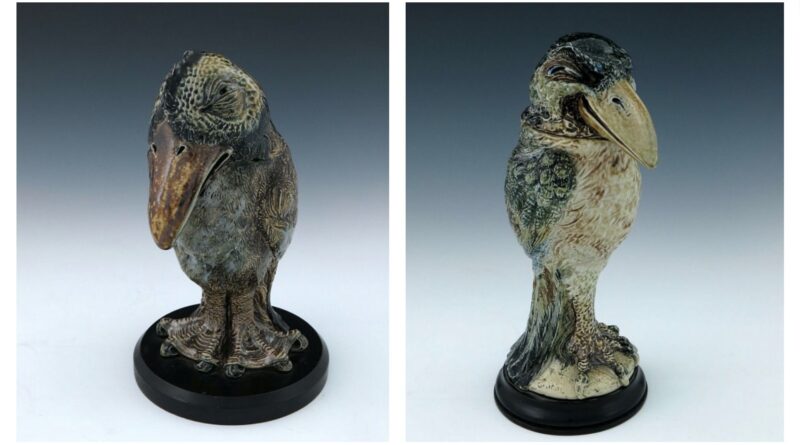 Two distinctive stoneware jars from the celebrated Martin Brothers studio, modelled as caricature birds for which the Victorian London pottery is well known, were in demand in a recent sale at Cotswolds auctioneer Kinghams Auctioneers & Valuers.

Works from the 19th-century pottery manufacturers remains highly sought after by collectors, and the pair of Martin Brothers ‘Wally Birds’ examples in Kinghams’ sale proved to be no exception. 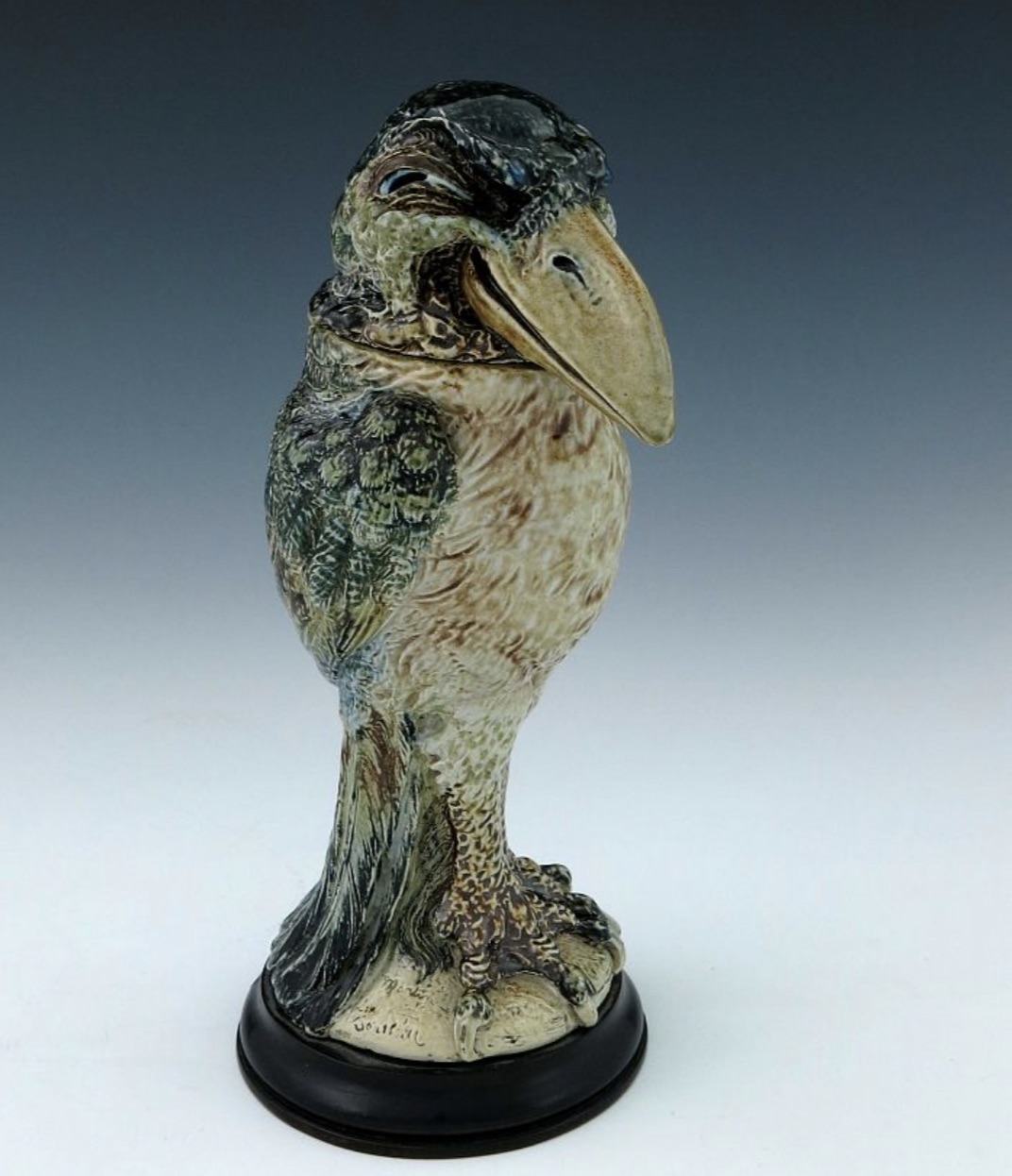 A stoneware sculptural jar from 1891, modelled as a sly, characterful standing bird figure had a broad beak and grimacing face with squinting eyes with opposing glances, long scaly legs and tail feathers in graded shades of green. The piece by Robert Martin for Martin Brothers had incised marks to the head reading RW Martin + Bros, London + Southall, 6-1891 and to the base Martin Bros, London + Southal. Standing on a wooden base, it sold for £28,000. 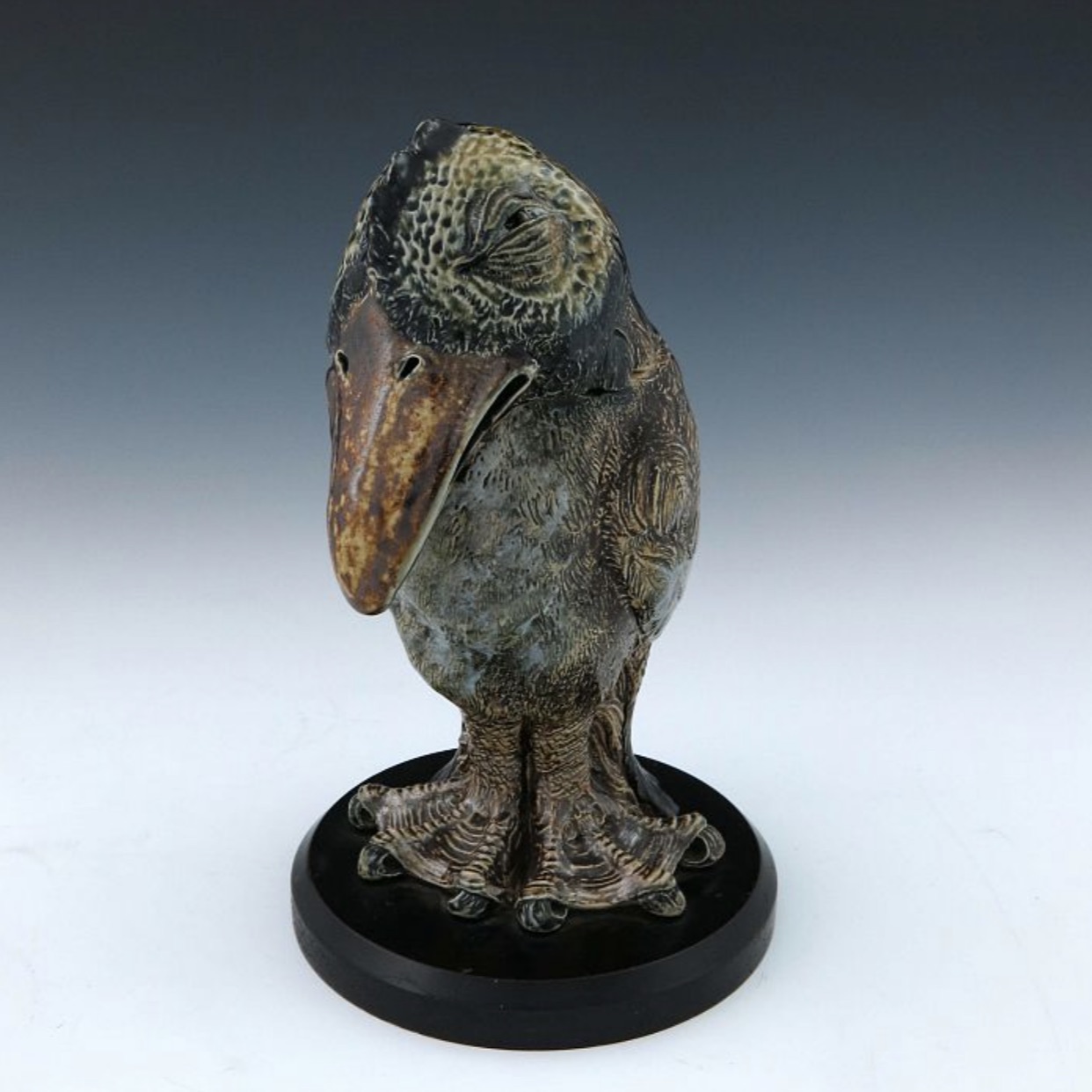 The second example, again by Robert Wallace Martin for Martin Brothers, was a stoneware sculptural jar, circa 1885. Modelled as a characterful Mohican bird, it had a long broad beak with flat, pierced eyes and crested brow, webbed feet and short tail feathers. It had incised marks to head RW Martin Bros, London + Southall and to the body Martin London. It was standing on a wooden base, and sold for £24,000. 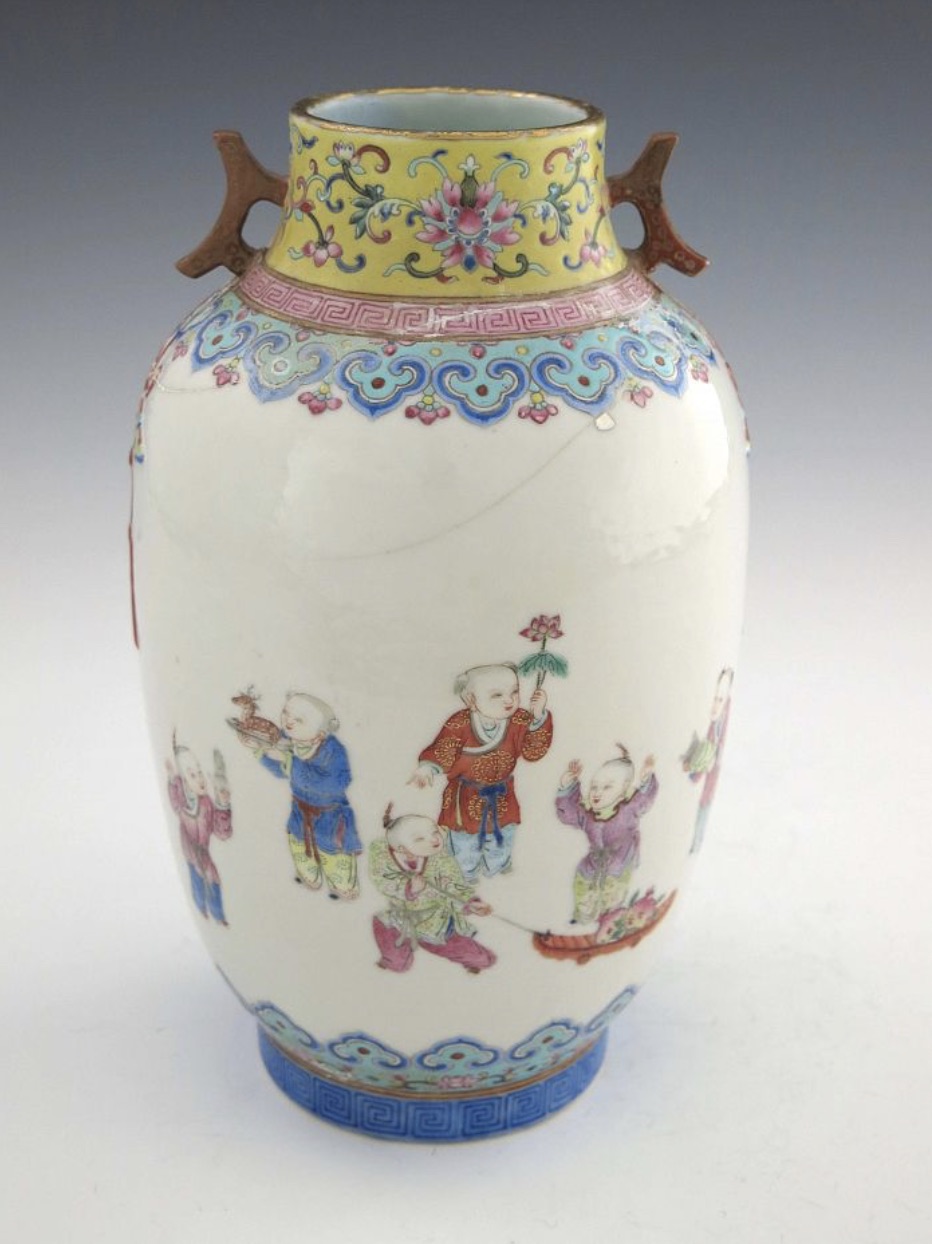 Elsewhere in the sale, the top lot was a Chinese famille rose vase with a Shende Tang Zhi mark in red iron. From the Daoguang period (1821-1850), the vase was in shouldered form with archaistic twin handles featuring relief-moulded pendant and tassels. It was painted in the round with boys at play and in procession, between turquoise ground ruyi lappet bands and key borders. The neck was of yellow ground foliate scroll and lotus flower enamelling, with a four-character red mark on turquoise. Measuring 25.5cm high it sold for £38,000.